For the third time, there’s a new Camacho Diploma and this one is the most striking example to date.

The original Camacho Diploma debuted in 2001, the cigar was reblended and repackaged as part of the brand’s makeover in 2013, but discontinued in 2015.

This version is notably different. It’s a single-size, limited release with production being handled by the Honduran factory’s top five pairs, with leaves selected by the factory’s supervisor.

Blend-wise, it’s a Honduran corojo puro using higher priming leaves—those that are found on the top of the tobacco plant—a nod to the original blend and notably different from the three-country blend that debuted in 2013. It’s offered in a single 5 x 54 robusto extra size, limited to just 1,800 boxes of 18 cigars, though it’s planned as an annual release.

The dark purple boxes weigh just under 9 1/2 pounds when filled and that’s just the start of it. They are hexagonal with 18 vertical coffins filling the perimeter of the box. The coffins themselves are triangular on the sides, as opposed to the rectangular shape of nearly every other coffin, and both the box and the coffins are covered in lacquer. 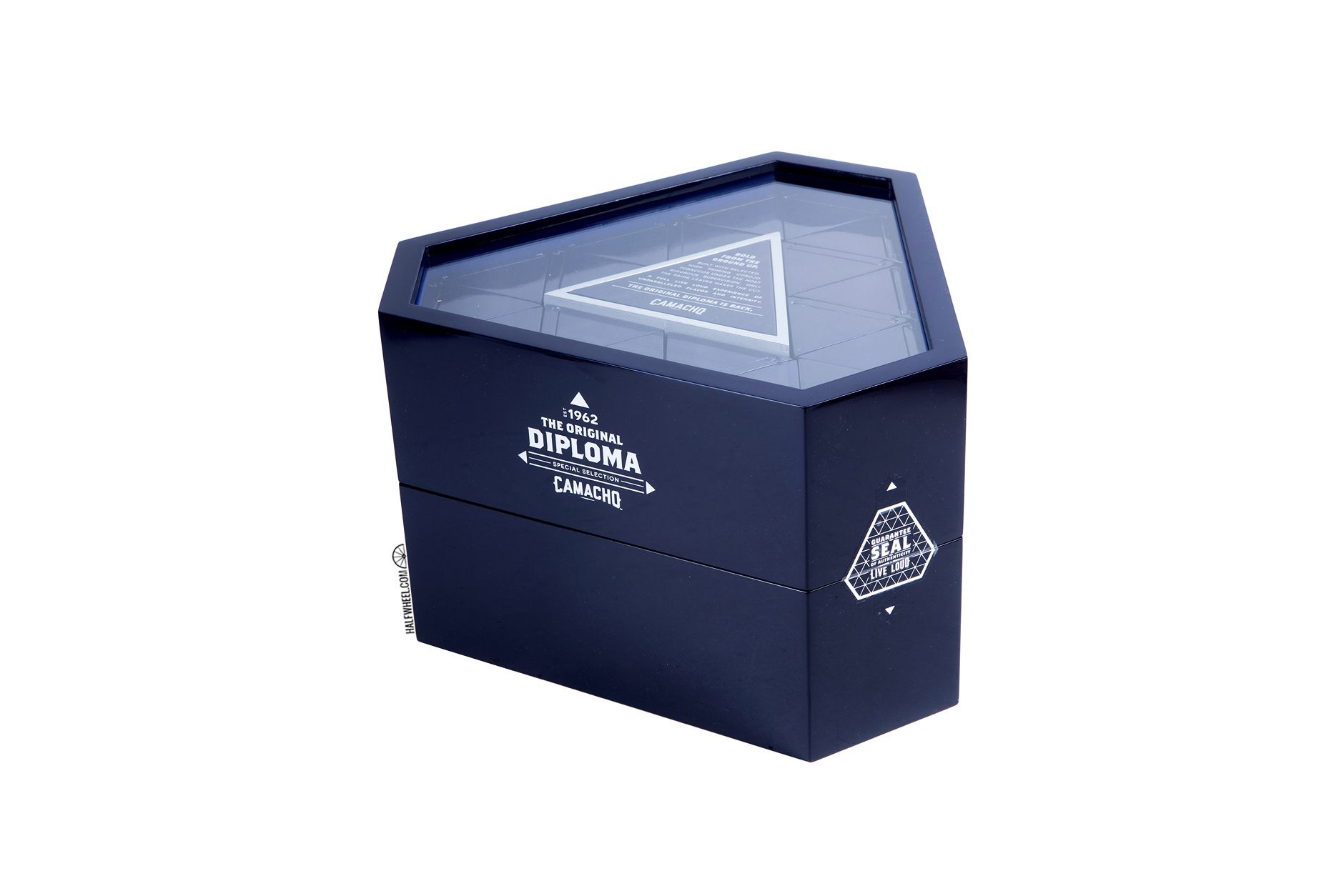 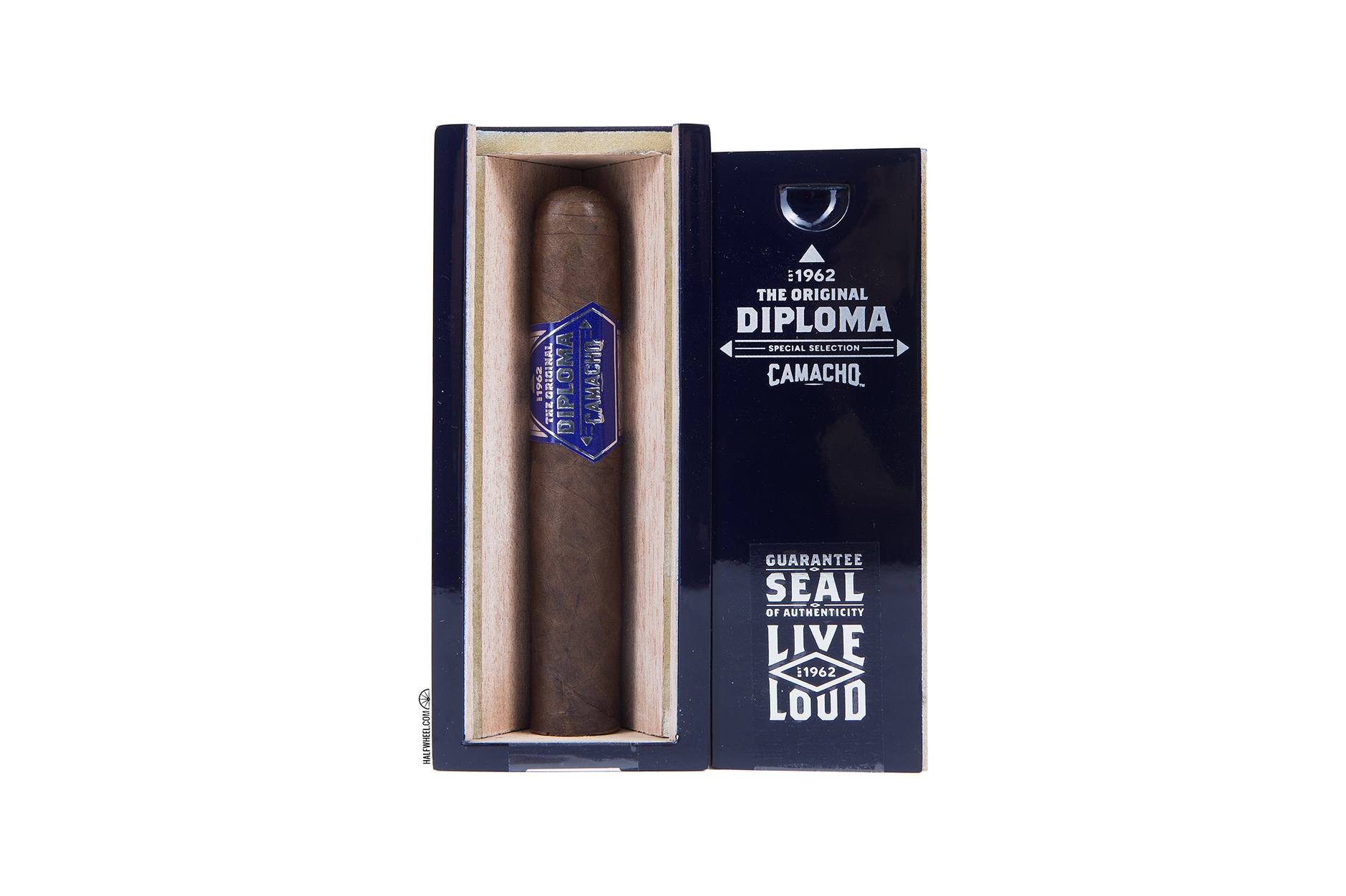 Presentation-wise, it’s one of the few jaw-dropping cigar presentations of the last few years. 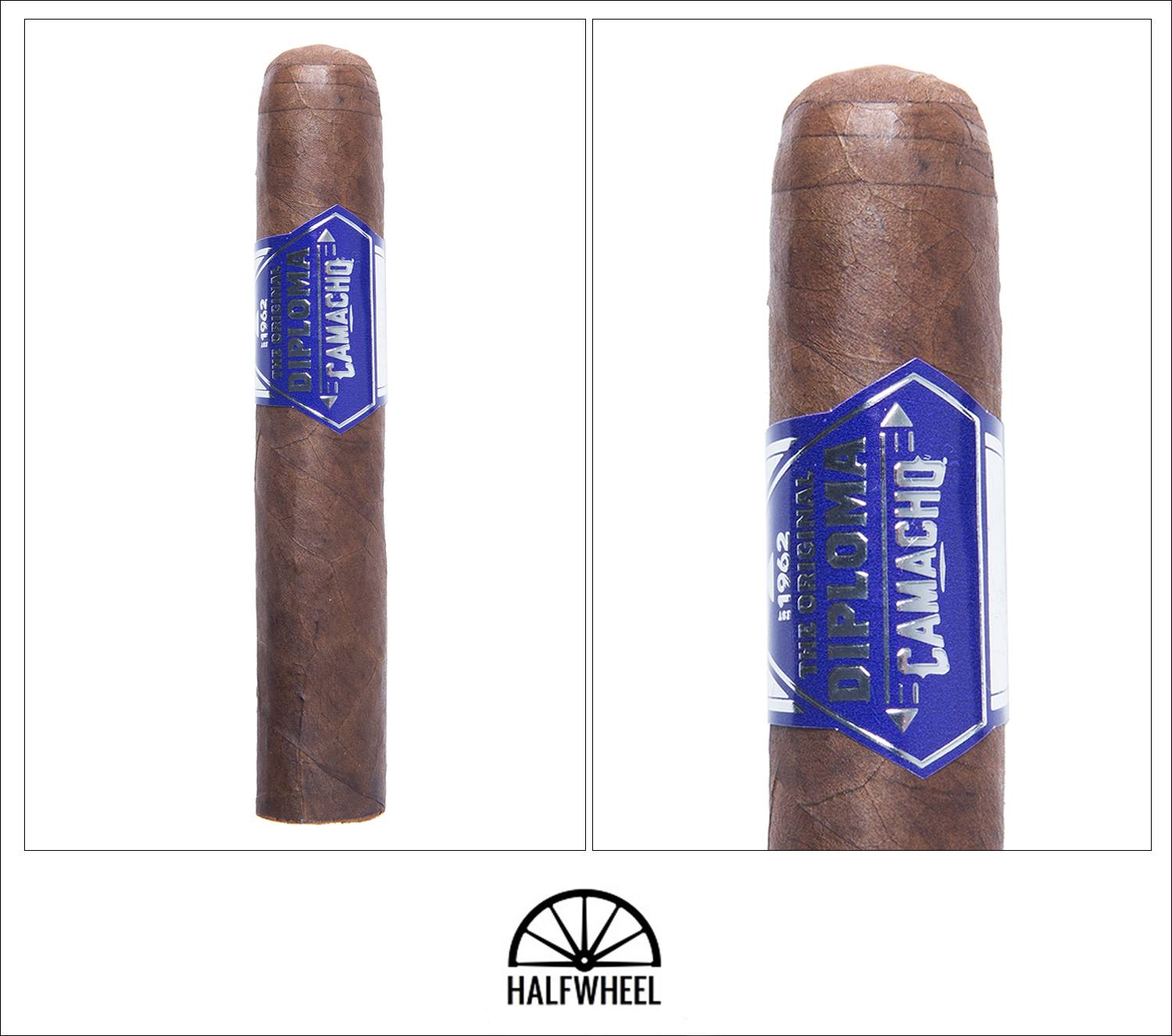 I’m not sure what would match the level of the coffin and box, so the bands are certainly a bit of a let down. I’m certainly not suggesting the cigar needs more bands; it doesn’t, but once the cigars are out of the coffin they feel a bit plain compared to their box presentation. Aroma off the wrapper is really bright and sweet with some lemon shortcake and some mild earth behind it. The foot is similar with lemon shortbread, apples and some white wine flavors. The cold draw is similar with apples and lemon and a bit more earth and unfortunately, some chemical flavors around the medium-plus.

Fortunately, the Diploma Special Selection doesn’t show any signs of the chemical flavor once lit. It’s woody with some peanuts and a bit of an old fashioned cocktail-like flavor right as the finish starts before being completely overwhelmed by nuttiness. It’s medium-full and very smooth with an excellent draw. The first third settles to an oak core with dry walnut, lime zest, white bread and a sporadic white pepper. Construction is excellent, though as you can see in the picture, the cigar enjoys a much slower pace. Flavor is full, body is full and strength is medium, though things are a bit masked thanks to the balance. 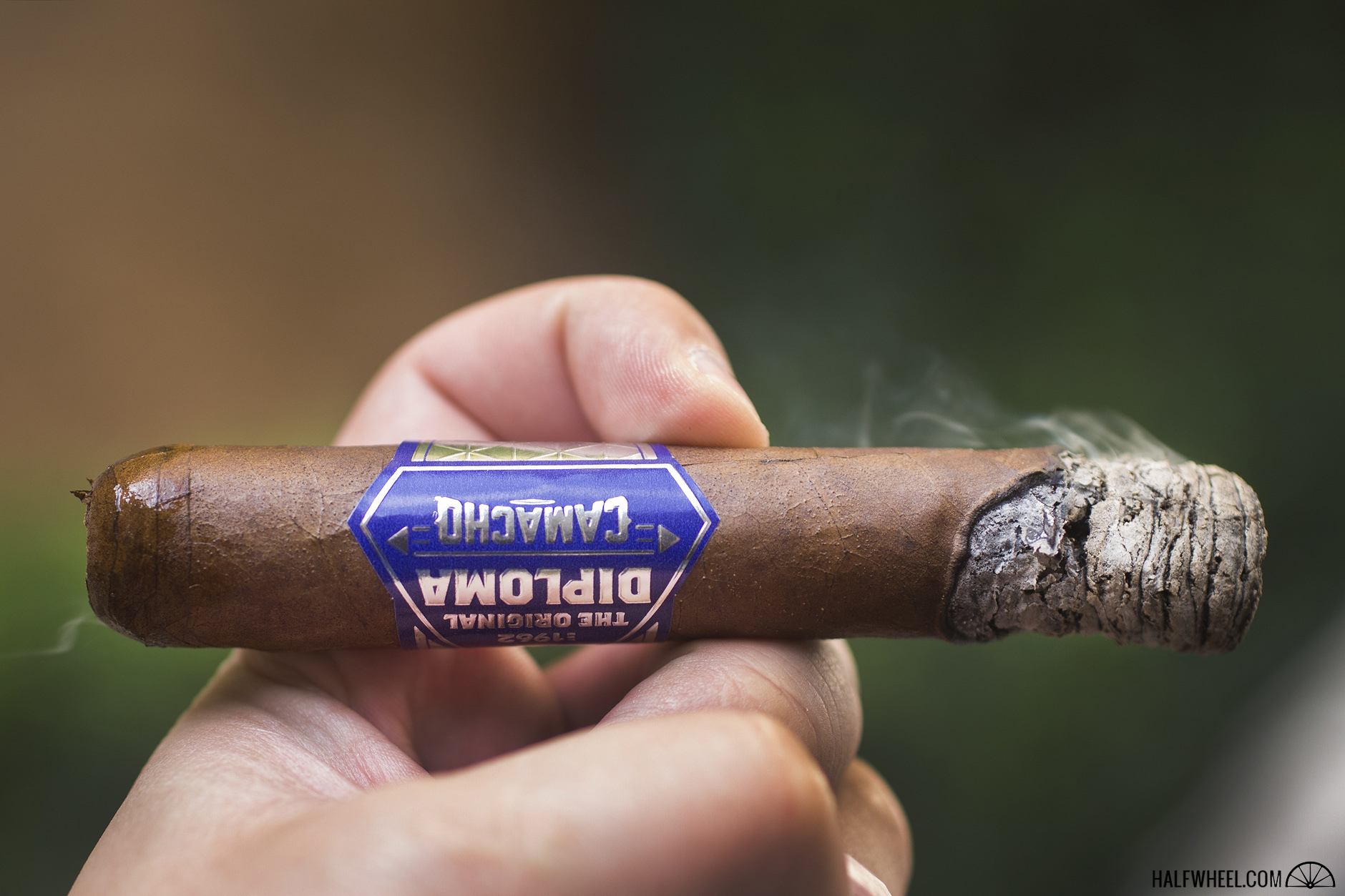 The Camacho gets a bit heavier in the second third. Some of that is due to the strength picking up to medium-full, but a lot of it has to do with the flavor. It’s a different kind of wood flavor up front, with much more cedar and a damp wood. Behind that is lemon cream sweetness and a black peppercorn on the finish. Each cigar needs a touch-up in the second third due to a reduced smoke production. While the strength picks up, flavor and body remain the same, which is to say full, though once again the balance is covering up some of that. There’s another obvious transition with the Diploma in the final third. Rock salt takes the forefront with Ritz cracker, coffee, earth and dark chocolate behind it. The woody flavors are completely gone on all three cigars, while the black pepper sticks around on a lone sample. That sample also sees the draw open, which forces another touch-up. What is consistent is all three cigars remain full in flavor and body and strength dying to medium. While Camacho’s Honduran home has made some cigars I like, I oftentimes find myself wanting more complexity in its cigars. Yesterday, Brooks Whittington asked me what I thought of the cigar and I told him: not what I was expecting. This is finesse in spades. As I told him: no matter how many times it says “bold" on the box, it’s not. There are times in which the strength creeps up, but it’s lighter than a typical Camacho and the strength and body are oftentimes masked in the balance and symphony of flavors. There is of course one large problem, the price. At $20 per cigar this is a special occasion cigar for the vast majority of people and that’s fine, from start to finish it delivers on that moniker.