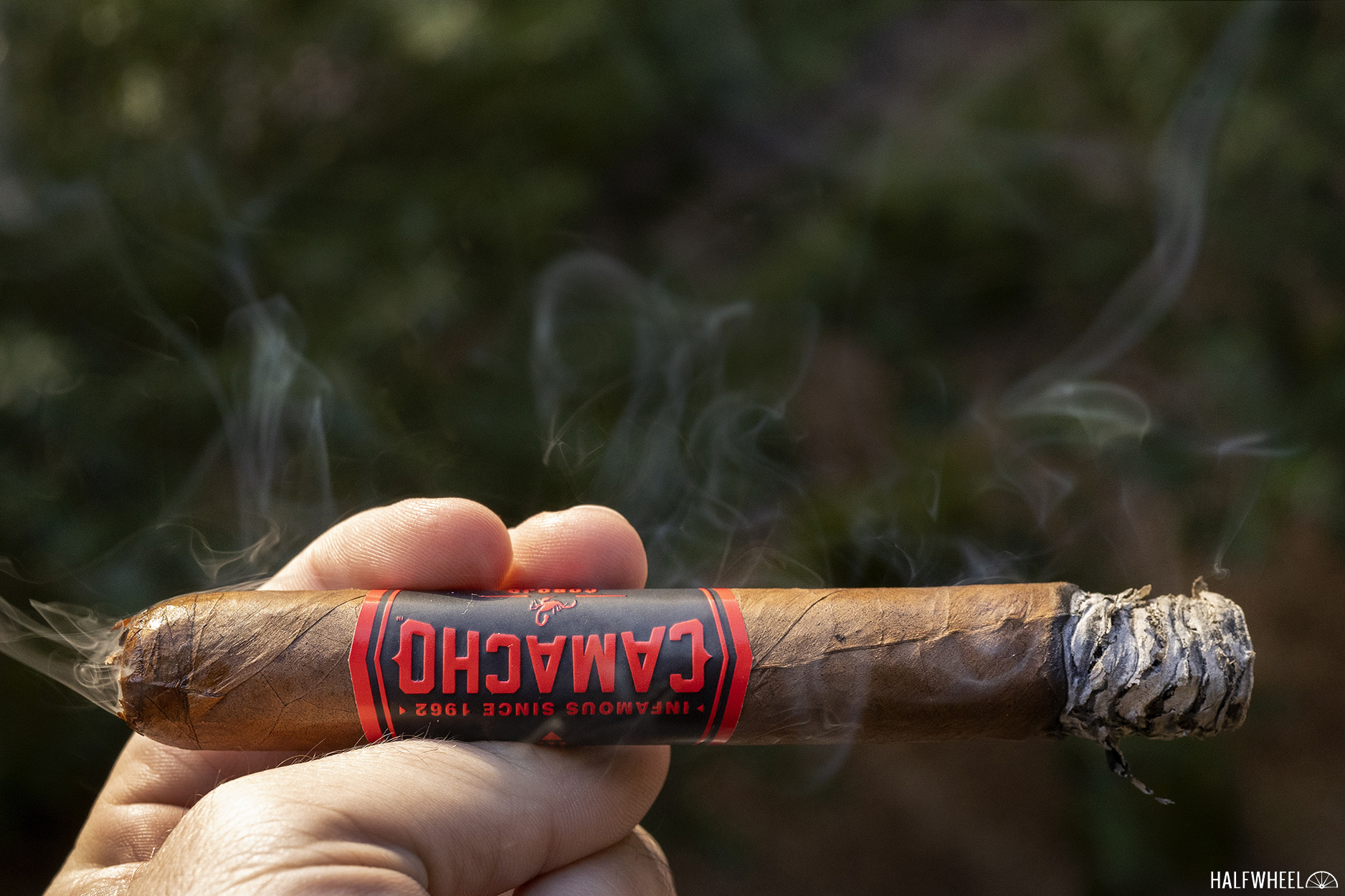 It doesn’t seem all that long ago that the Camacho brand underwent one of the more substantial rebranding efforts that the cigar industry has seen. When I found this cigar in my humidor, I couldn’t remember how old it might be, let alone how long it’s been since the company got its new look.

Turns out it’s been almost seven years—having been launched in May 2013—while this cigar is almost three years old. It got its full release in early 2017 as part of a the larger BXP series, box-pressed versions of Camacho’s core lines, the Connecticut, Corojo and Ecuador. This version came with a slightly modified blend, as a bit of Pennsylvania broadleaf was added to the filler.

“Reimagining these winning blends has been quite a journey and we are thrilled by the bold taste experiences our master builders have managed to deliver,” said Dylan Austin, now president of Davidoff Americas, in a press release that accompanied the line’s release. “Broadleaf tobacco delivers a great intensity to these blends and we feel very lucky to get our hands on some high quality primings to build into this venture.”

Here’s what I said about the Camacho Corojo BXP Toro when I reviewed it in March 2017:

I never thought of the Camacho Corojo line as being one that was in need of some extra pepper or strength, but I have to say the addition of the Pennsylvania ligero to the filler of this cigar did some very good things. It’s still a medium-plus cigar with decent but not overpowering body and strength, though ardent fans of mild cigars will almost certainly find it packing too much horsepower for their palates. Each sample smoked beautifully, reaching high points when the sweetness from the ligero gets to balance the pepper, and hopefully the rougher spots will ease themselves with a bit of time. An easily recommendable extension to the Camacho Corojo line that’s worth a try. 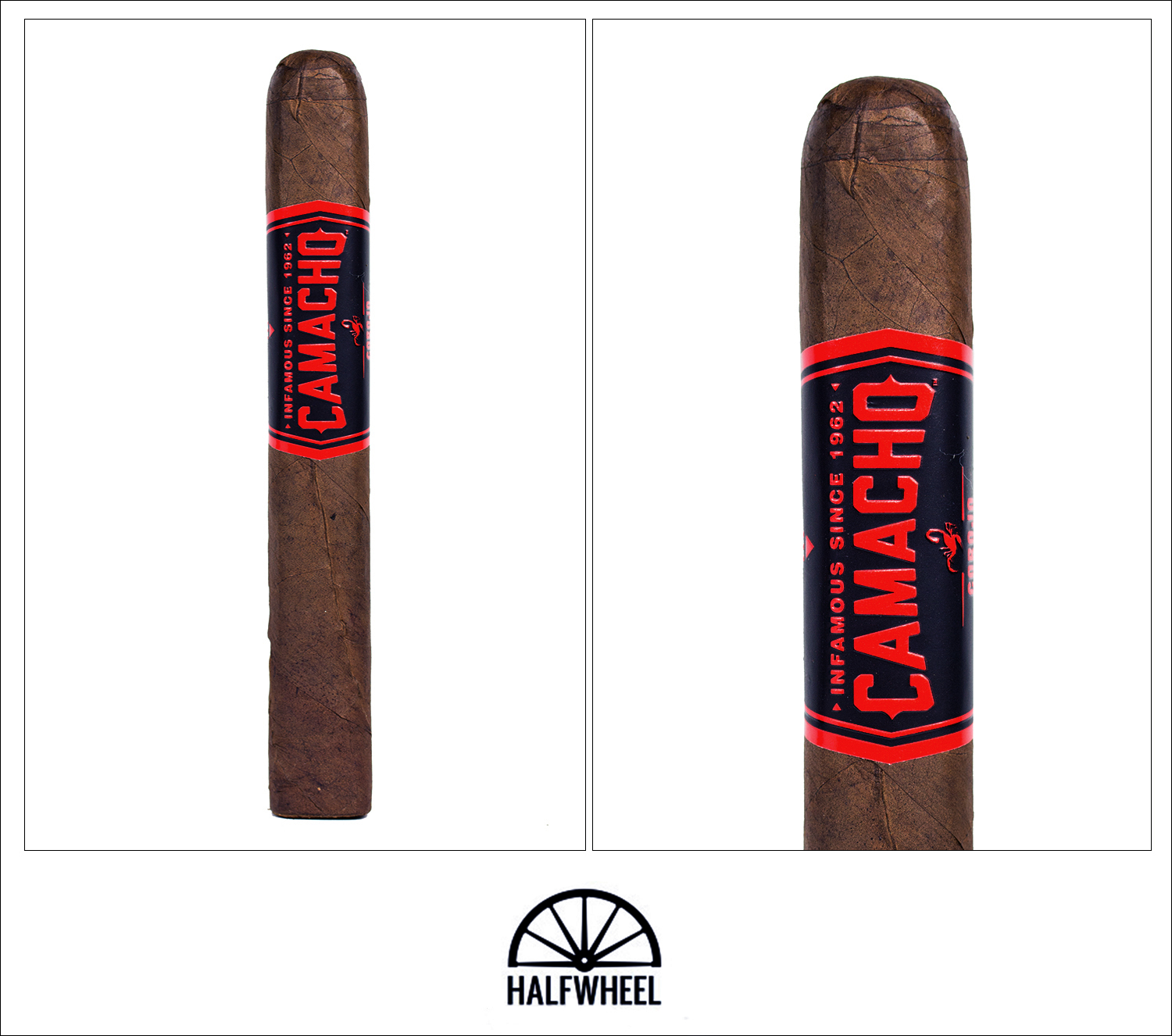 Once I get the Camacho Corojo BXP Toro out of its cellophane sleeve, I find that it’s a bit softer than I would have imagined, especially after I commented in another review that cigars seem to have gotten firmer in recent years. However, the box-pressed format reminds me that this style of cigar is often a bit softer—pillowy, you might say—than its round counterparts. It’s a good looking cigar if fairly veiny cigar, especially towards the foot of this particular sample. It’s also a vein structure I more closely associate with Cuba given the way the thin channel puckers up in spots. Beyond that, the wrapper is an even shade of brown, with a bit of oil still on the leaf as well. The cap is also visually interesting thanks to its visible seams. The foot of the cigar is a mixture between mixed nuts and black pepper, the former more potent and vibrant than the latter. There’s a touch of oiliness to the aroma as well, and while I initially get some mix woods and bark, they don’t seem to want to stand out on subsequent sniffs. The cold draw is definitely looser than I would like as the air flow meets little resistance, while delivering a slightly oily, peanut-forward nutty taste with much less pepper.

The foot of the cigar quickly turns a bright white after being lit as the cigar begins producing a substantial amount of smoke. Flavors are medium-plus intensity and stick to the nuttiness that was found before lighting, though they are much more vibrant. There is a mix of black and white pepper as well, both equally split between the tongue and nose, though the effect is more pronounced on retrohales. At least through the first half of an inch, it’s still a very vibrant cigar and doesn’t feel like it’s been resting for two-and-a-half years, though some building creaminess helps to mellow things just a touch. After the first clump of ash drops, the profile gets a bit more vibrant, primarily through the nose, but the main flavors and aromas don’t change that drastically. There is still plenty of pepper, and the creaminess is a bit more prevalent, but I still get some of the oily peanut note as well. The burn line is moving quite quickly, getting into the second third just about 30 minutes after being lit. As it approaches the midway point, the smoke thickens up and becomes quite thick and chewy while seemingly softening the pepper just a touch, though it’s still the leading accent. The peanut note has begun to fade just a touch, clearing the way for the first flavors of some earth that is highlighted by chalk and white pepper.

The creaminess and pepper carry the Camacho Corojo BXP Toro across the midway point, while the background flavors continue to evolve. The nuttiness is largely gone from the profile and the earth that emerged not that long ago feels to be fading away as well, replaced by a fairly dry wood note, though I don’t find it to dry out the palate at all. There are a few combustion issues in the second half of the cigar, and while I attribute the first one to my lack of attention to the cigar, the second instance makes me wonder if the cigar itself might be struggling. Once it’s burning again, it continues to put off copious amounts of smoke while the draw is still on the loose side for my liking. A lighter earth note returns for the cigar’s final act, and while I can’t say I’d gotten a lot of Honduran terroir to this point, it is a wonderful flavor that brings the cigar to an end after a surprisingly long two hours.

As this Camacho Corojo BXP Toro approaches its third birthday, it has shown some impressive development, most notably smoothing out the rougher spots that I found when I first smoked it. That comes with a trade off, however, as I can't say I got much if any of the Pennsylvania ligero that was added to the BXP line to make it unique from the core line offerings. There's still some pepper, but the sweetness that it contributed initially is largely gone. Thankfully creaminess in the second half of the cigar smooths out that omission, giving it a different but equally impressive, if not a bit better as there is absolutely no irritation from the cigar at this point. The draw could be tightened up a bit, but other than that I have little else to knock about this stick.