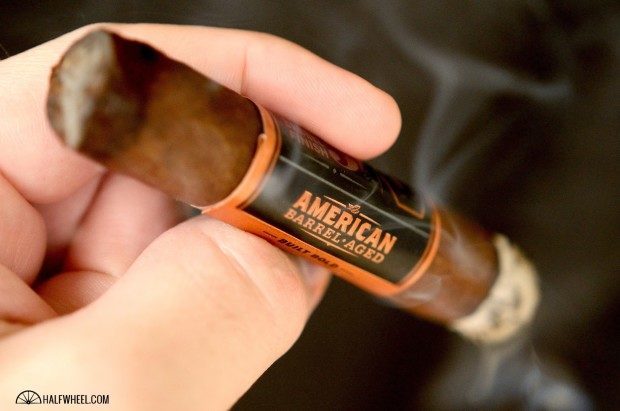 A couple months ago Davidoff of Geneva USA officially announced its latest project for the Camacho brand – Camacho American Barrel-Aged. The new line features an American-heavy tobacco blend and use of an ever growing popular trend, barrel aging, with filler tobacco being placed in Kentucky bourbons barrels for five months. In the press release Dylan Austin, director of marketing for Davidoff of Geneva USA, had this to say about the new line:

This project marks the first time a Camacho core line has been made outside of Honduras and we are extremely proud of what our master builders in the Dominican Republic have brought to life. Barrel aging is a very tedious and hands-on process. We are aging around 2,000 lbs of Corojo filler tobacco and rotating the barrels one leaf at a time every few weeks. Each batch takes a full five months to complete and requires constant attention to ensure the proper journey for this special tobacco. 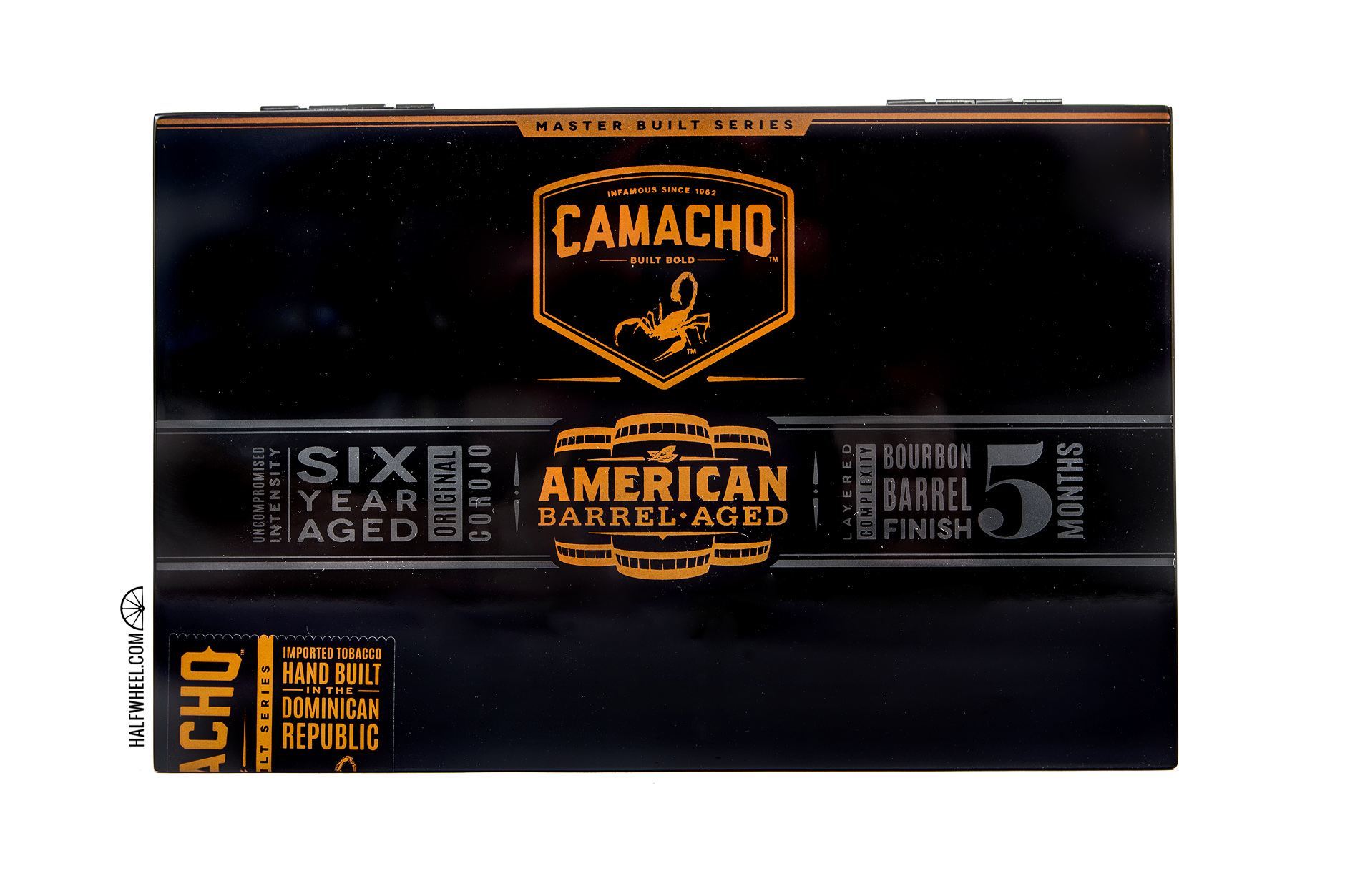 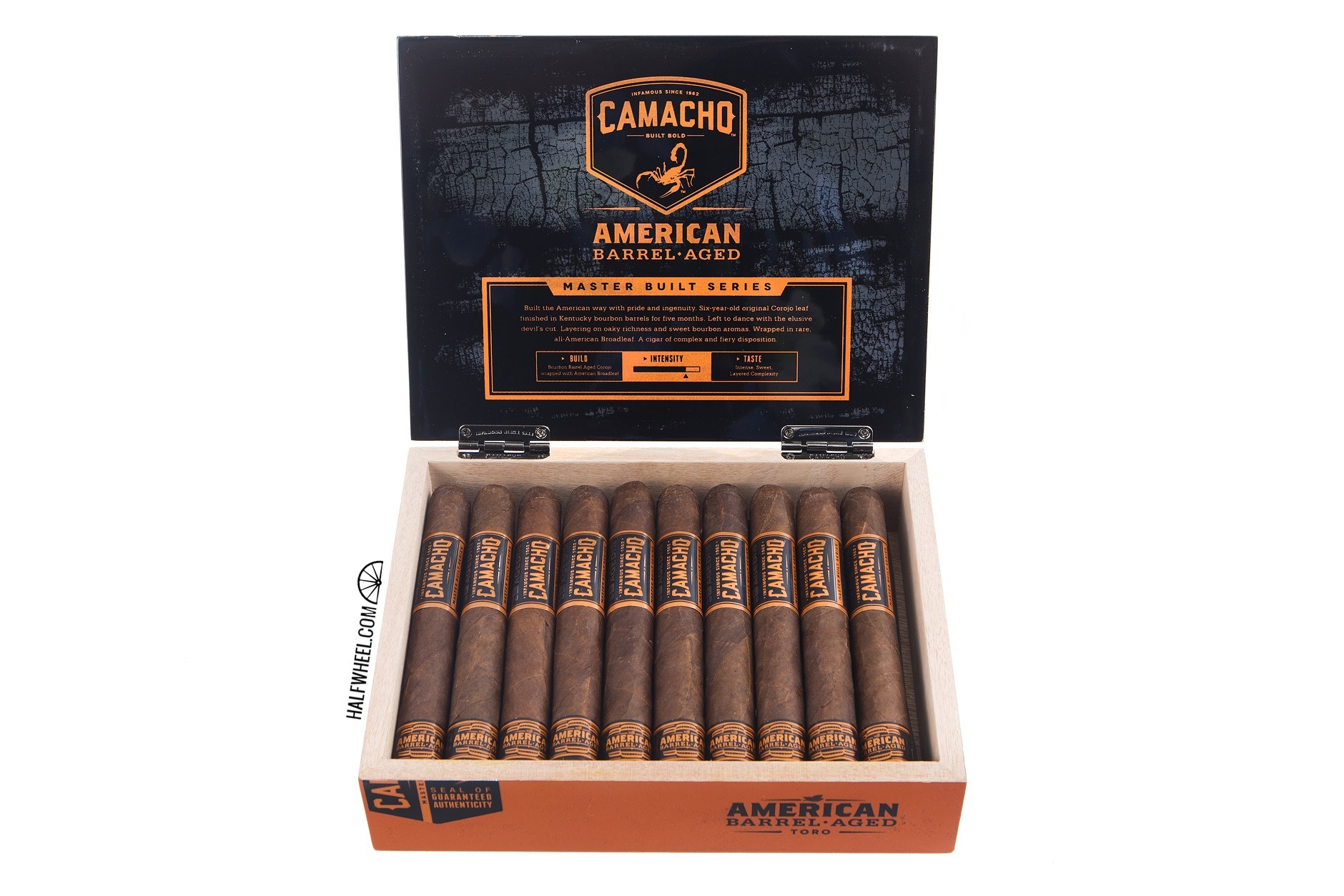 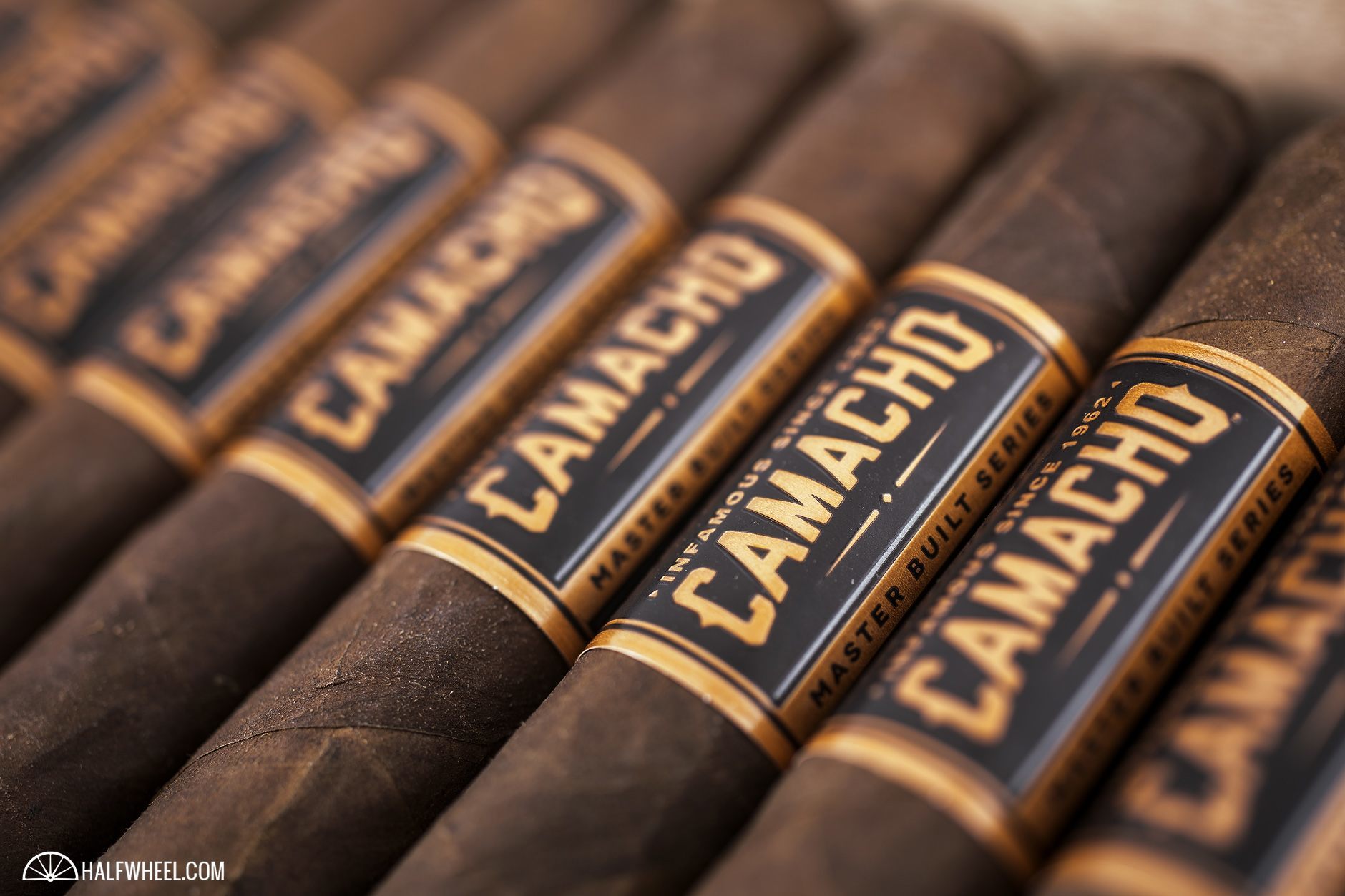 The cigar was launched at a week long event hosted at Corona Cigar Co. in Orlando, Fla. with three initial sizes. 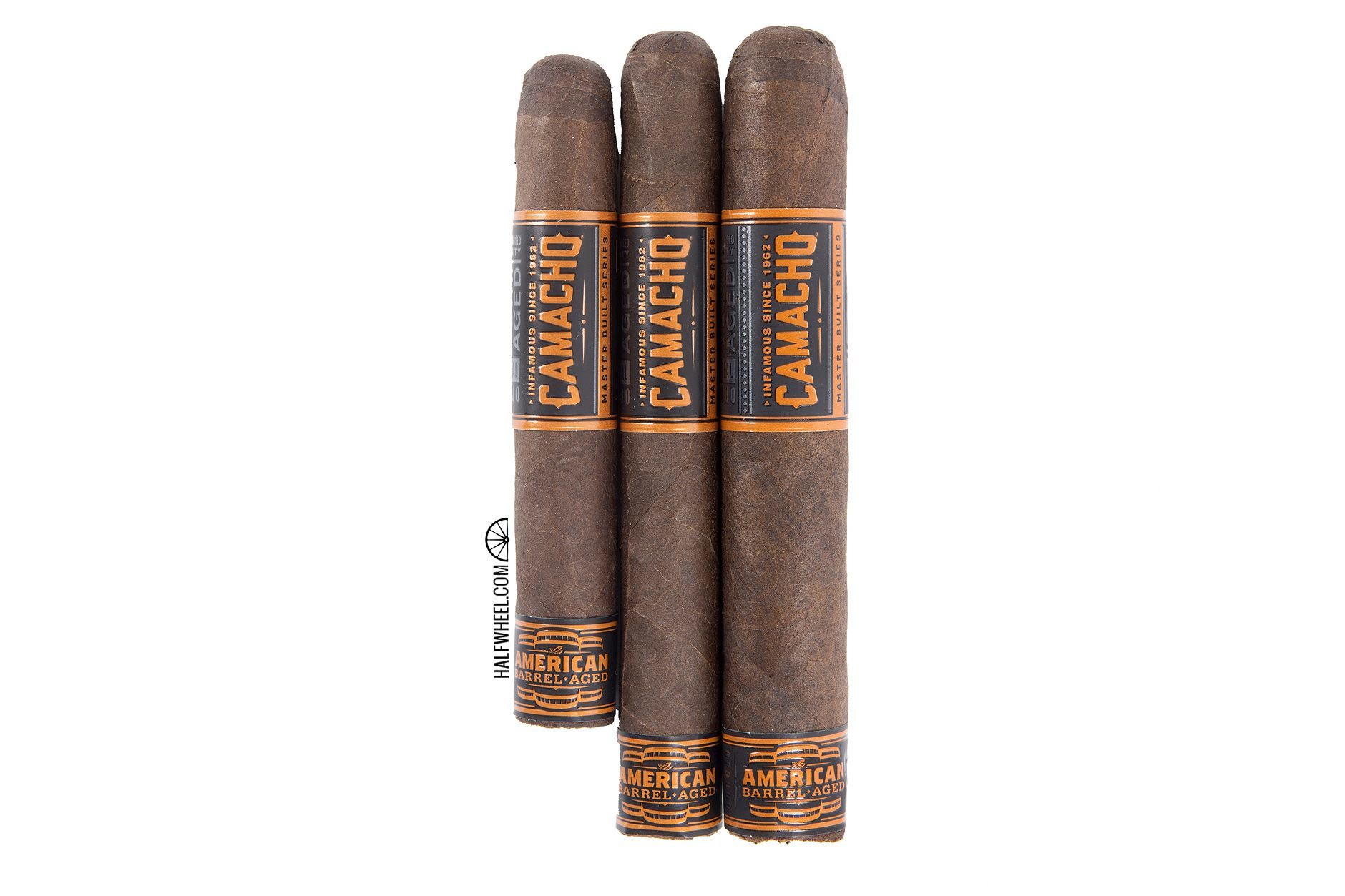 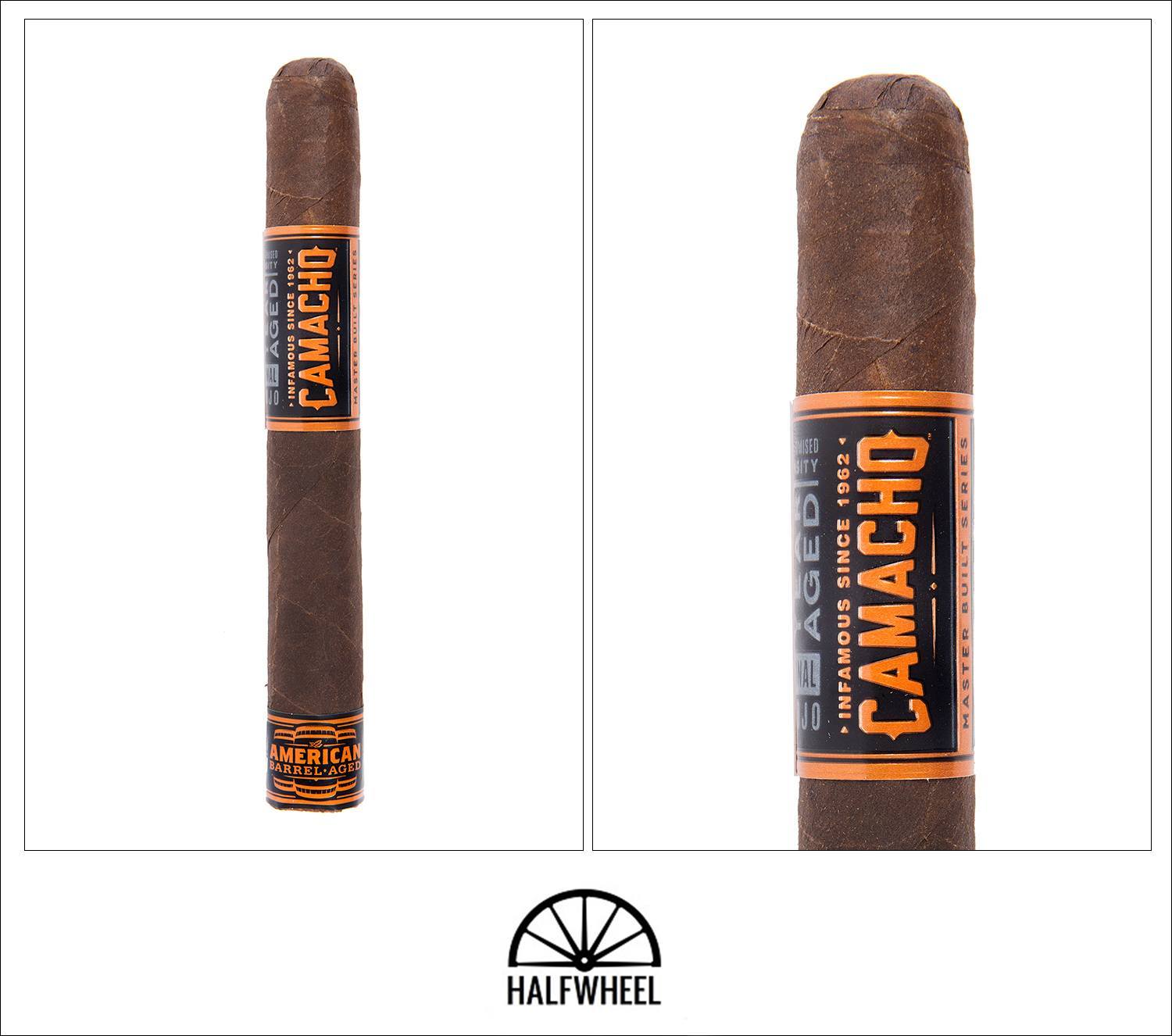 The wrapper is a rich deep brown, is slightly rough to the touch and has a light oily feel. There is a bit of give when squeezed, but not enough to be of concern. Bringing the cigar up to my nose I inhale the wrapper’s aroma, which is mostly rich barnyard notes of earth and hay with the slightest hint of vanilla. The cold draw on the other hand is more complex, with a delectably light bourbon note made up of vanilla, caramelized sugars and oak – it really almost tastes just like the bourbon filling in those alcohol bottle-shaped chocolates, but less artificial. Following that is a bit of a peppery bite and some more of the barnyard notes from earlier.

Starting into the first third there is significantly less bourbon on the palate than in the cold draw. Black pepper, oak and some meatiness make up the forefront of the profile, with very light vanilla and burnt sugars showing up in the background. The draw is firmly in the middle of ideal with just enough give, while the burn is almost spot on even. Dense light gray ash is lined with darker creases and holds on to well over an inch. Black pepper has faded somewhat from the beginning, but is still quite strong up front. Most of the rest of the flavors have remained the same, though what I am getting now are hints here and there of the bourbon note that was present in the cold draw. 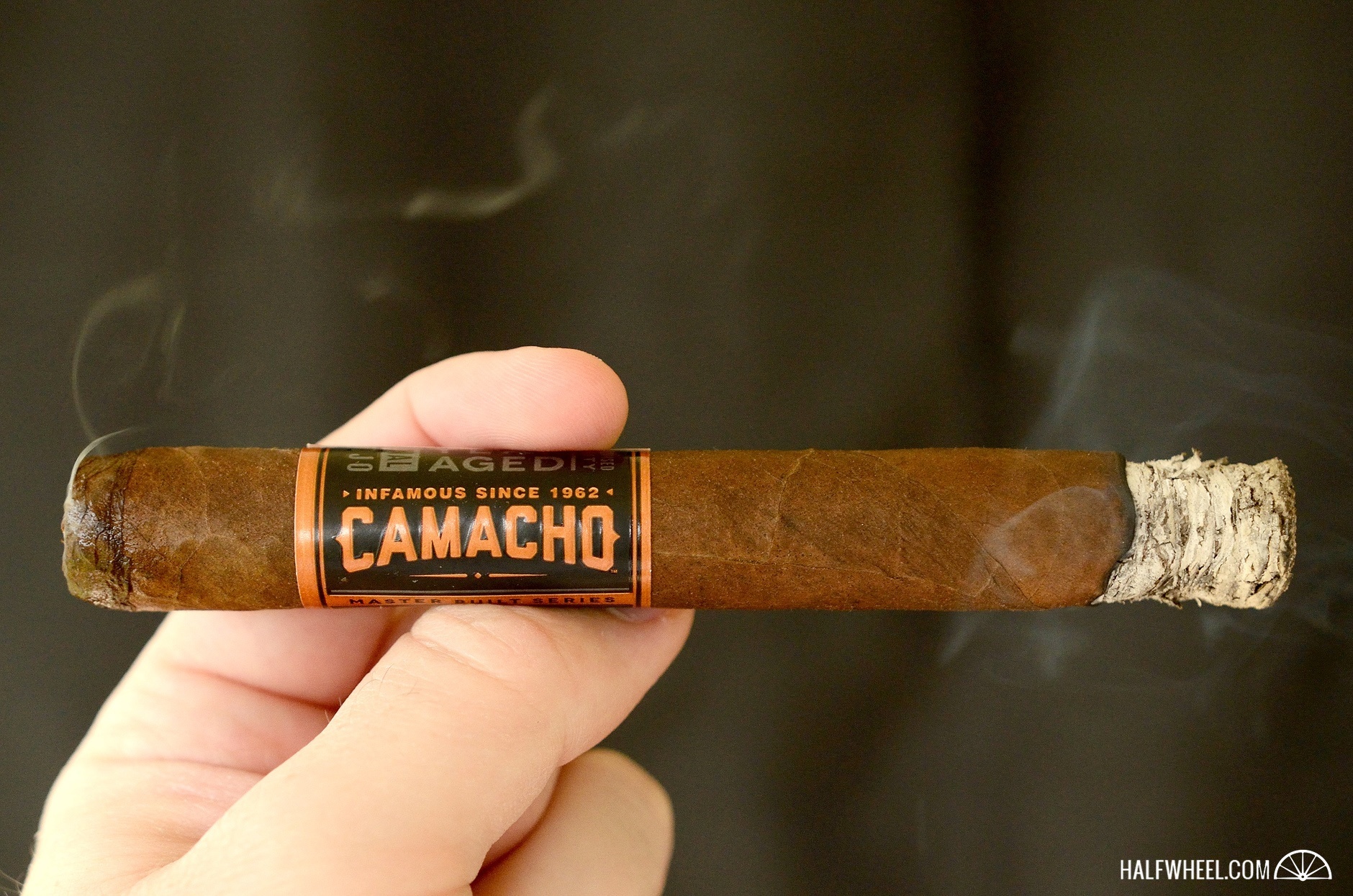 The second third doesn’t seem much change yet as the flavors seemed to have settled into a rhythm of pepper, oak, vanilla, some burnt sugar sweetness and a touch of bourbon. The burn however has gone from a mostly even to razor sharp without any intervention on my end. Ash is still dense and holding on firmly, almost resisting when I try to tap it off. Each draw brings plenty of smoke, with a nice steady stream long after each draw. The profile continues its earlier rhythm, not seeing any change throughout this section. 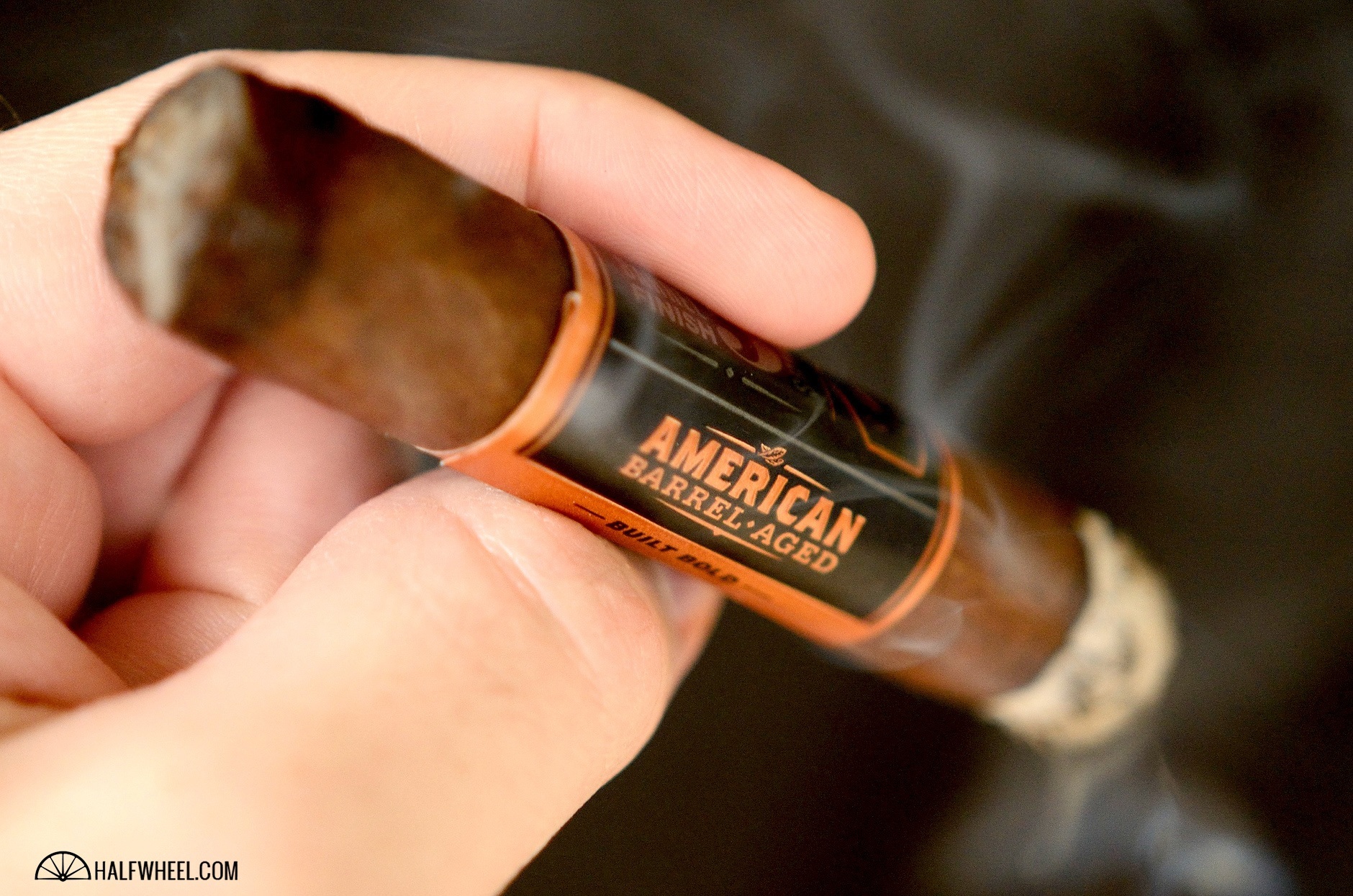 The final third finally has some movement in the profile, but interestingly it’s a reduction of the bourbon notes in the background. The pepper, oak, vanilla and burnt sugar are still mixing together nicely, but only every once in awhile do I get hints of the bourbon note. As in the second third, the burn continues quite evenly and sharp, not needing me to babysit it at all. With only an inch left, the cigar continues to burn cool and smooth, with the flavors continuing on their same path to the end. 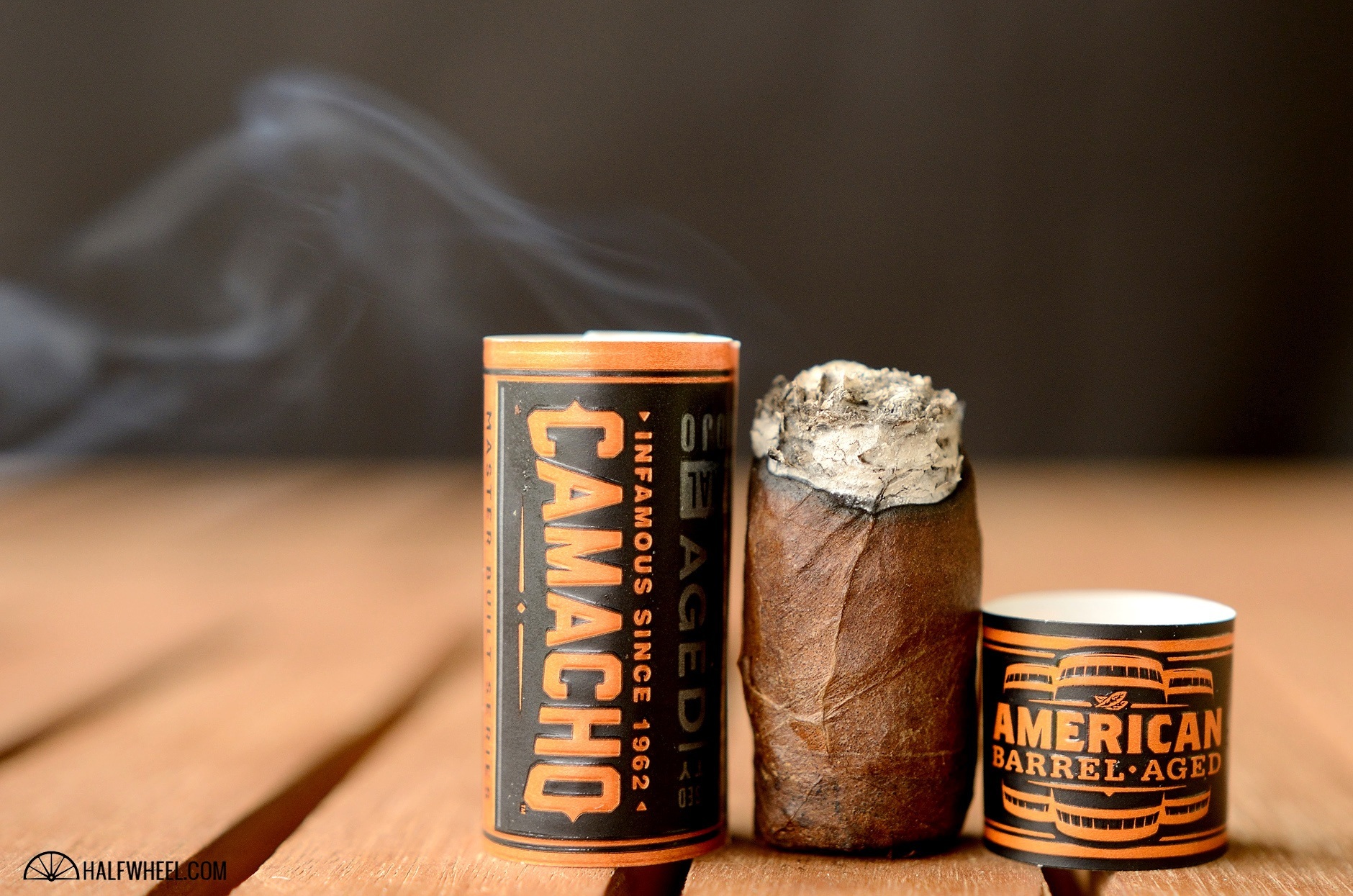 As I stated in my notes, I was expecting something much more bold and in my face with its bourbon barrel aroma, but what I got was a subtle bourbon note wrapped up in a bold and strong cigar. As a pretty big fan of bourbon I was personally hoping for a bit of a stronger bourbon note in the profile, but I understand them not wanting to make it too bold and infusion-like as it could potentially turn off a lot of people from the cigar. Personal wishes for the blend aside, it had great construction and a good profile that despite its lack of development kept my attention enough. The final third seemed to taper off a little in my enjoyment factor, but it still finished with plenty of flavor. Though these weren’t packed with as much of a bourbon punch as I would’ve liked, I still liked the American Barrel-Aged blend and can easily suggest going and finding a few for yourself to try.