There’s little doubt Oettinger Davidoff AG’s Camacho brand has been on quite a run for the last three years. Ever since the company began the process of reinventing it three years ago, the sales success has followed. Perhaps no better example of this is Camacho American Barrel-Aged, a new line the company launched last year.

Capitalizing on the recent bourbon—and larger whiskey—craze that has reached nearly every corner of the world, the company made a line that made barrel-aged tobacco a big focus. It’s important to note, this isn’t the first time barrels—or even bourbon barrels—have been used to help create cigars. Perdomo has done it for years, La Aurora uses rum barrels, Fuente uses cognac barrels for Añejo and even companies like General Cigar Co. have tobacco stored in barrels.

What’s different about American Barrel-Aged was the fact that it was the main marketing takeaway for the line, a blend that actually only uses one leaf of barrel-aged tobacco. Only a single Honduran corojo filler, the brand’s signature tobacco, is actually aged in bourbon barrels.

Despite the three paragraphs above, barrel-aged tobacco is probably not the most notable fact of the line. It’s made in the Dominican Republic at O.K. Cigars, the first Camacho product ever to be produced outside of Honduras, where the brand’s factory is based.

A year ago, the line was launched in three parejo sizes, while three perfecto sizes were added a couple months ago, bringing the line up to six sizes. The latter three sizes are only sold in three-count samplers that include one of each perfecto. 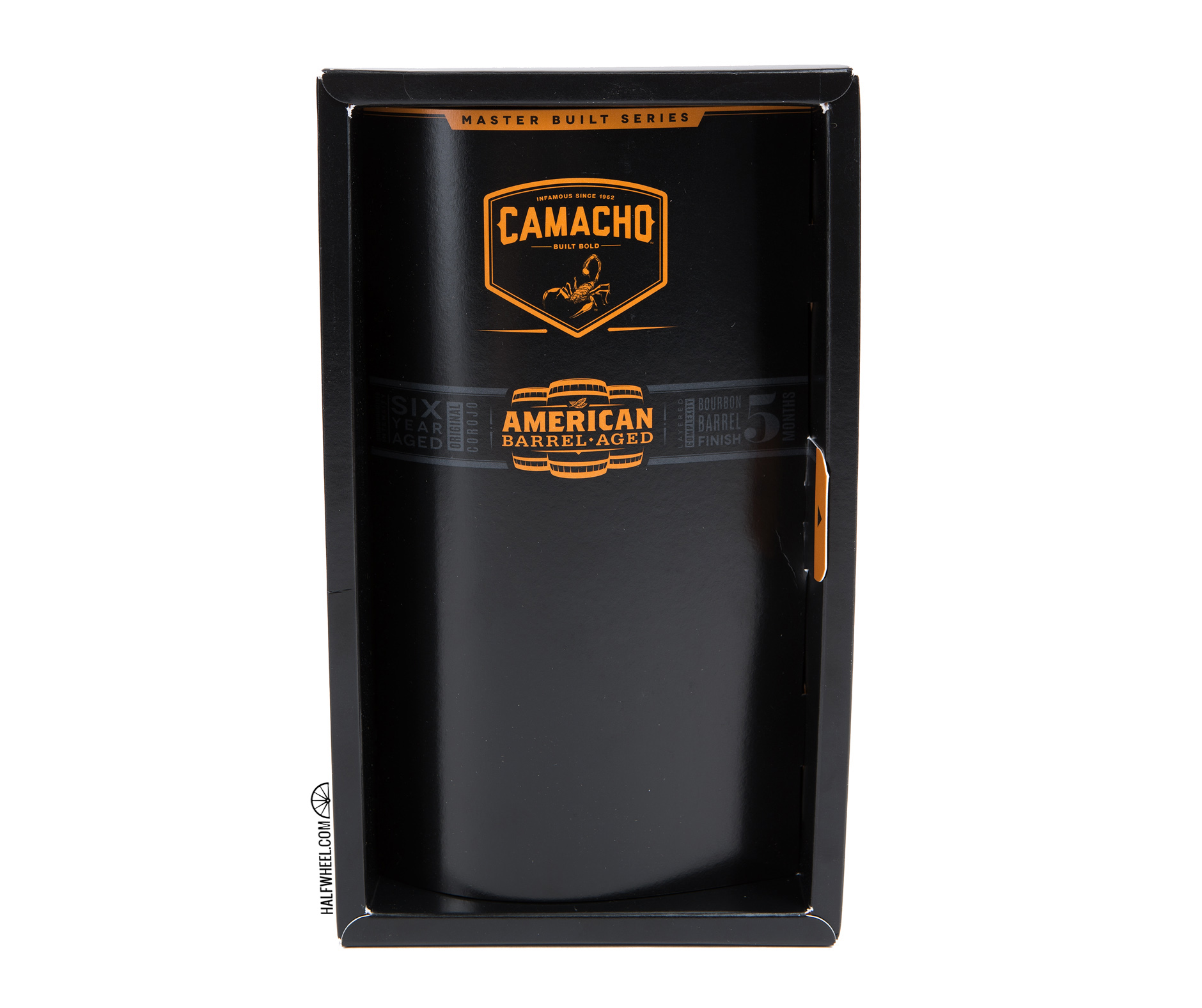 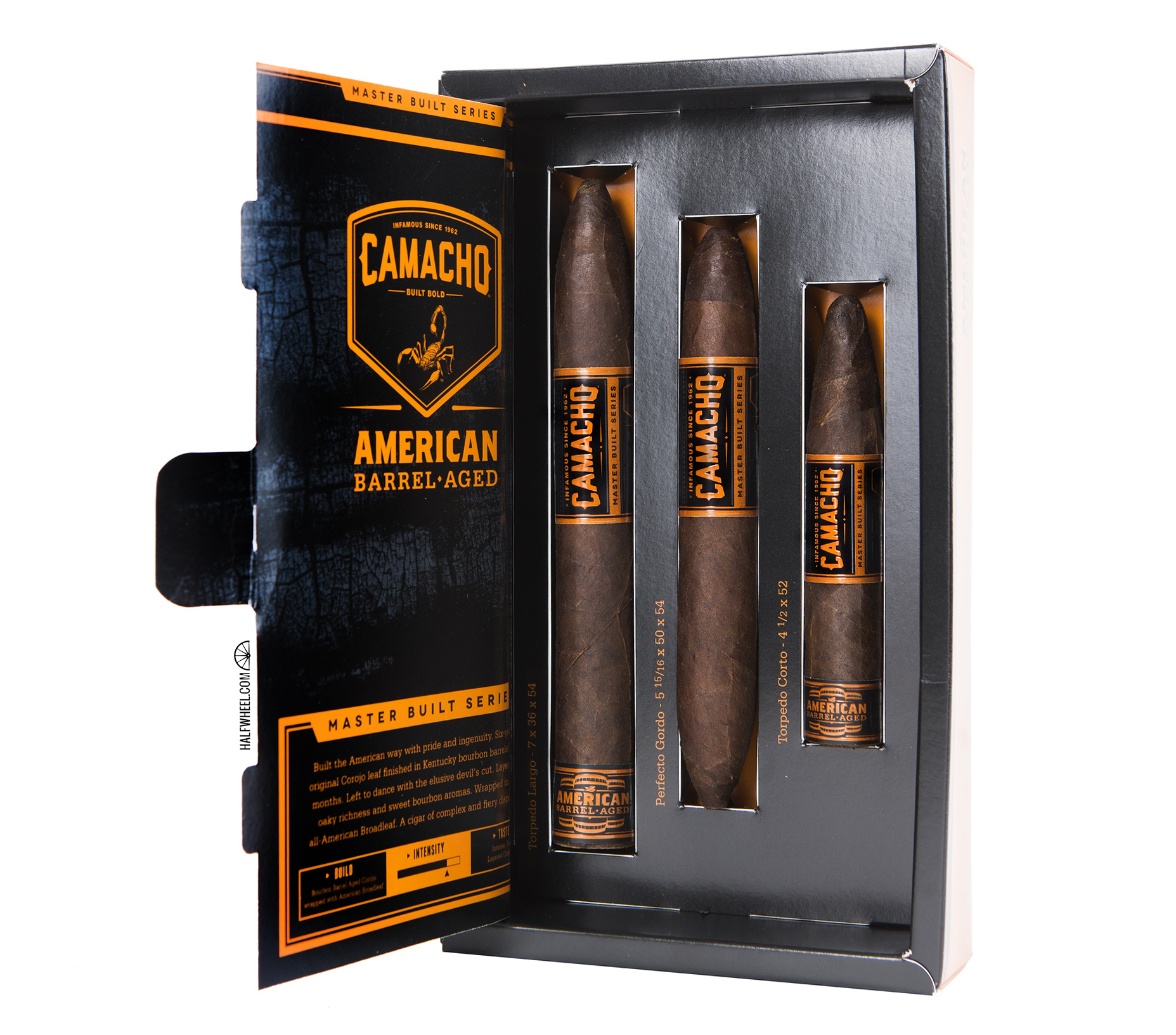 These samplers are regular production items and not simply limited to events. 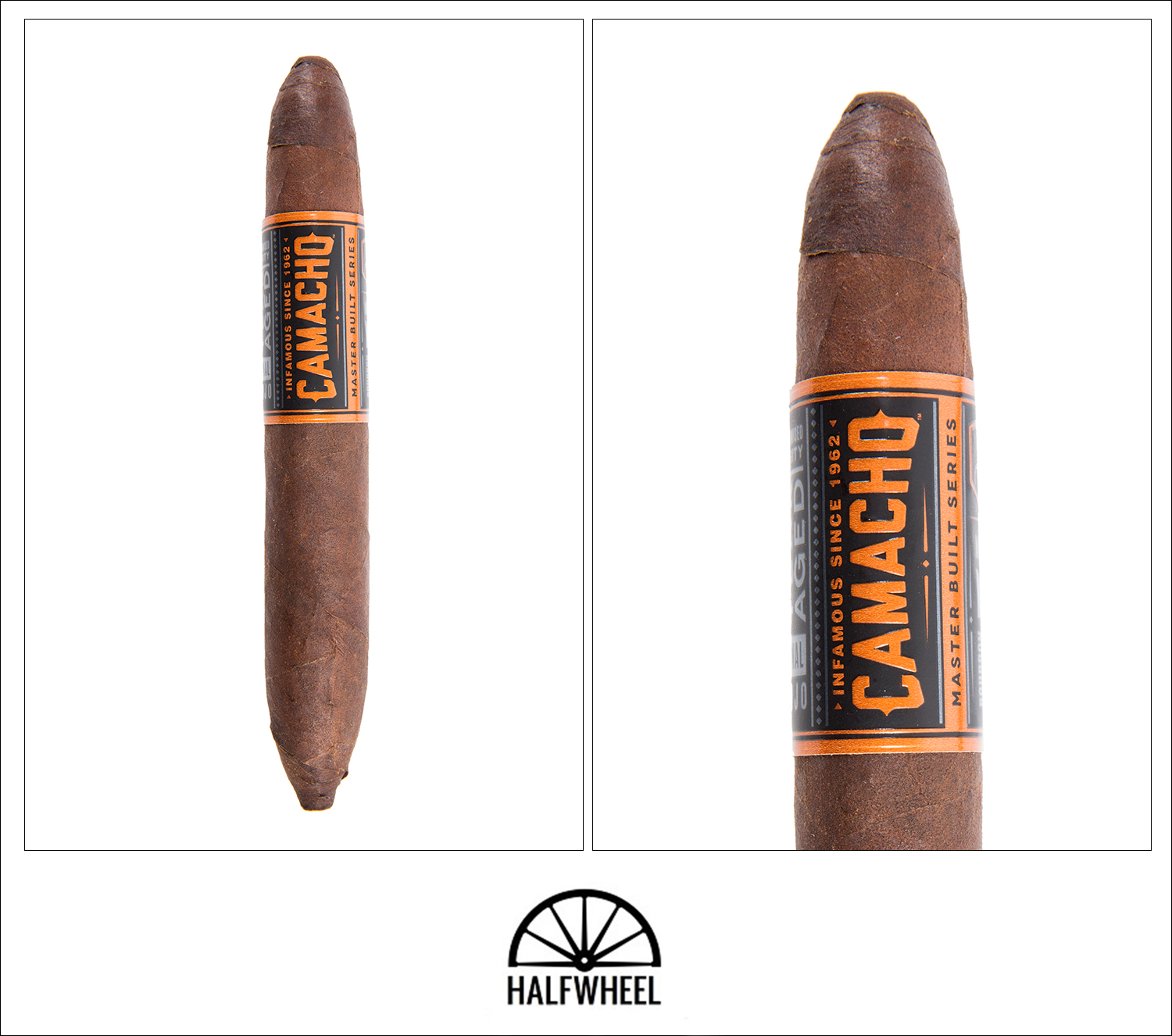 From being particular about the vitola name, I am not really sure why this isn’t called a diadema, because that’s what it is. There are some oils on the reddish-brown broadleaf wrapper, while I find barnyard, some overripe grapes and cocoa once the cigar is removed from the cellophane. Aroma from the foot is a bit acidic, but otherwise smells much like the wrapper–at least that’s all I could find as I didn’t try to put the foot of the cigar up my nostril. As for the cold draw, the Camacho tastes like a booze-filled sweet chocolate cake with some dates in the middle, which I think is a new tasting description for the site. I don’t really get any of the whiskey flavors, certainly not the barrel-aged tobacco flavors, but there’s an alcohol-like sensation.

While the draw is tight, something not terribly unexpected for the size, the smoke production in the mouth is anemic. What I can pick up tastes like a mixture of that alcoholic chocolate cake, dry nuttiness, some woods and powdered coffee. What’s odd is while I struggle to get any sort of volume of smoke in the mouth, there’s plenty pouring out of the foot. Fortunately, less than two-thirds of an inch, the smoke production finally makes its way to the mouth. Flavor-wise, there’s a dry cheese-like nuttiness, Ritz crackers, spicy oak and a mild crushed red pepper. On two samples there’s a distinct, yet mild sawdust flavor. After the first half inch or so, construction is impeccable with a great draw, ample smoke production and an even burn. I’d peg the Camacho at medium-plus to medium-full in flavor, medium-full in body and medium-plus in strength. 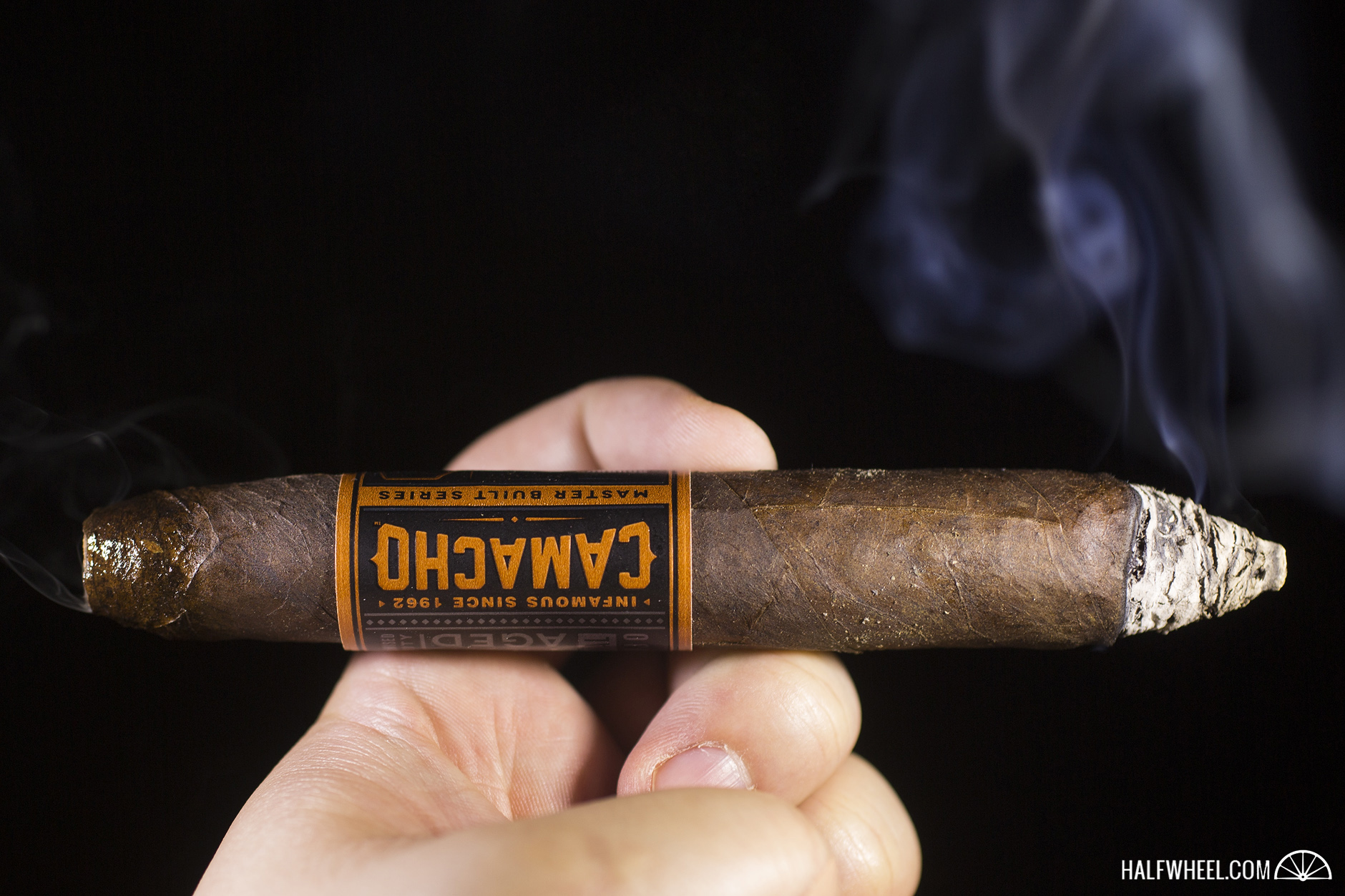 While toastiness is certainly the overwhelming flavor of the second third of the American Barrel-Aged Perfecto Gordo, it’s certainly not the only thing. Spiciness greets the start of the middle portion of the cigar, but it quickly fades. In its place, I’m able to find an incredible amount of flavors through the retrohale: floral, some faint hints of oak and cilantro. When I’m able to put the Perfecto Gordo down for two minutes in between puffs, the flavors of the Camacho really shine. When it’s pushed, a saltiness and big pepper come to dominate the cigar. Strength picks up a bit, but it’s still medium-full; otherwise the Camacho remains the same, including the great construction. 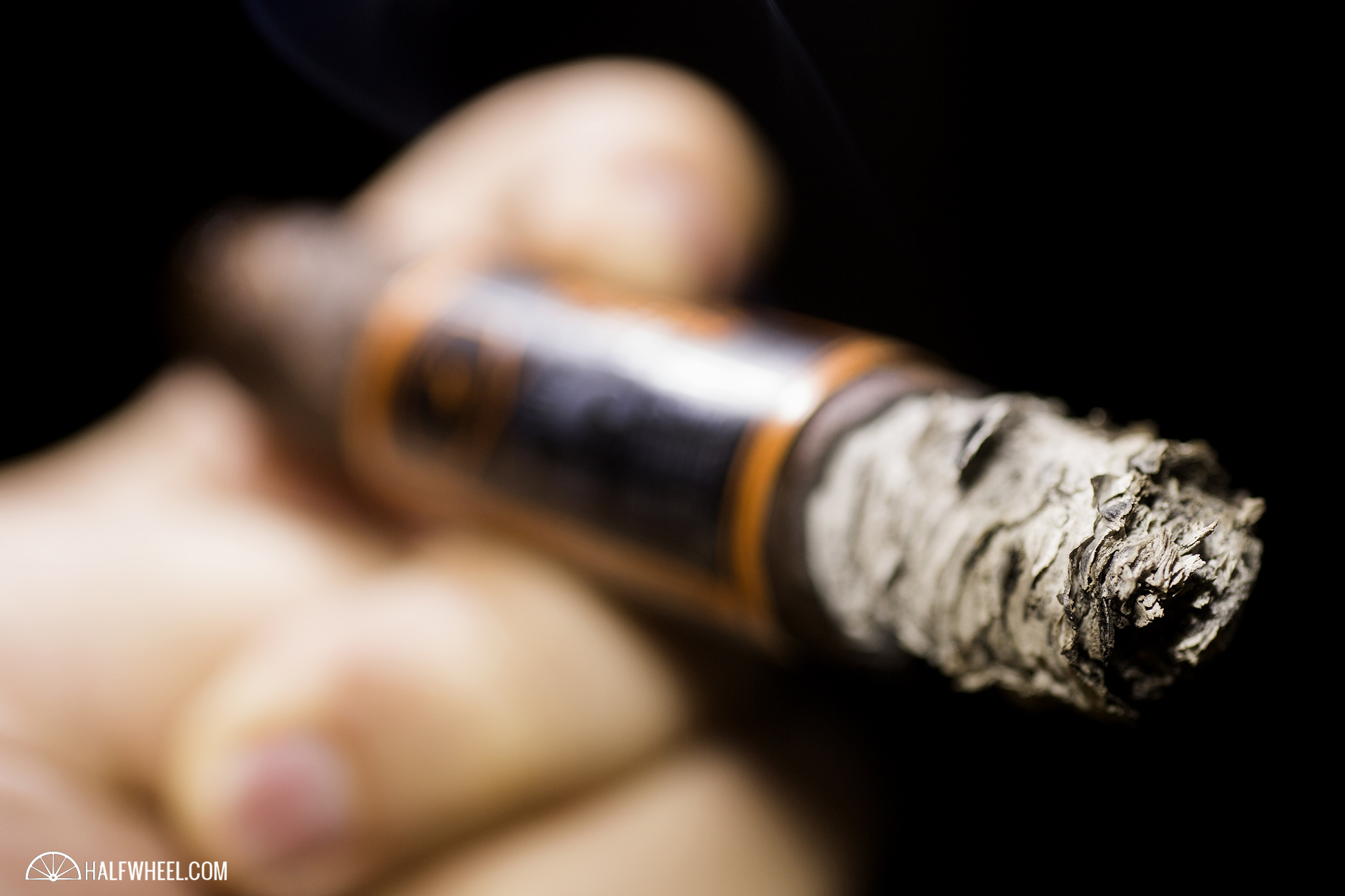 Unfortunately, that impeccable construction begins to stumble as the final third of the Camacho American Barrel-Aged Perfecto Gordo begins. Quite simply, all three samples struggle to say lit. While there are still some of those delicate herbal and perfume-like flavors of the middle portion, they are quickly overshadowed by a harsher oak. I manage to pick up some rewarding sweet lemon notes, but they are far and few between. Fortunately, most of the time the cigar is spent being a somewhat natural oakiness. 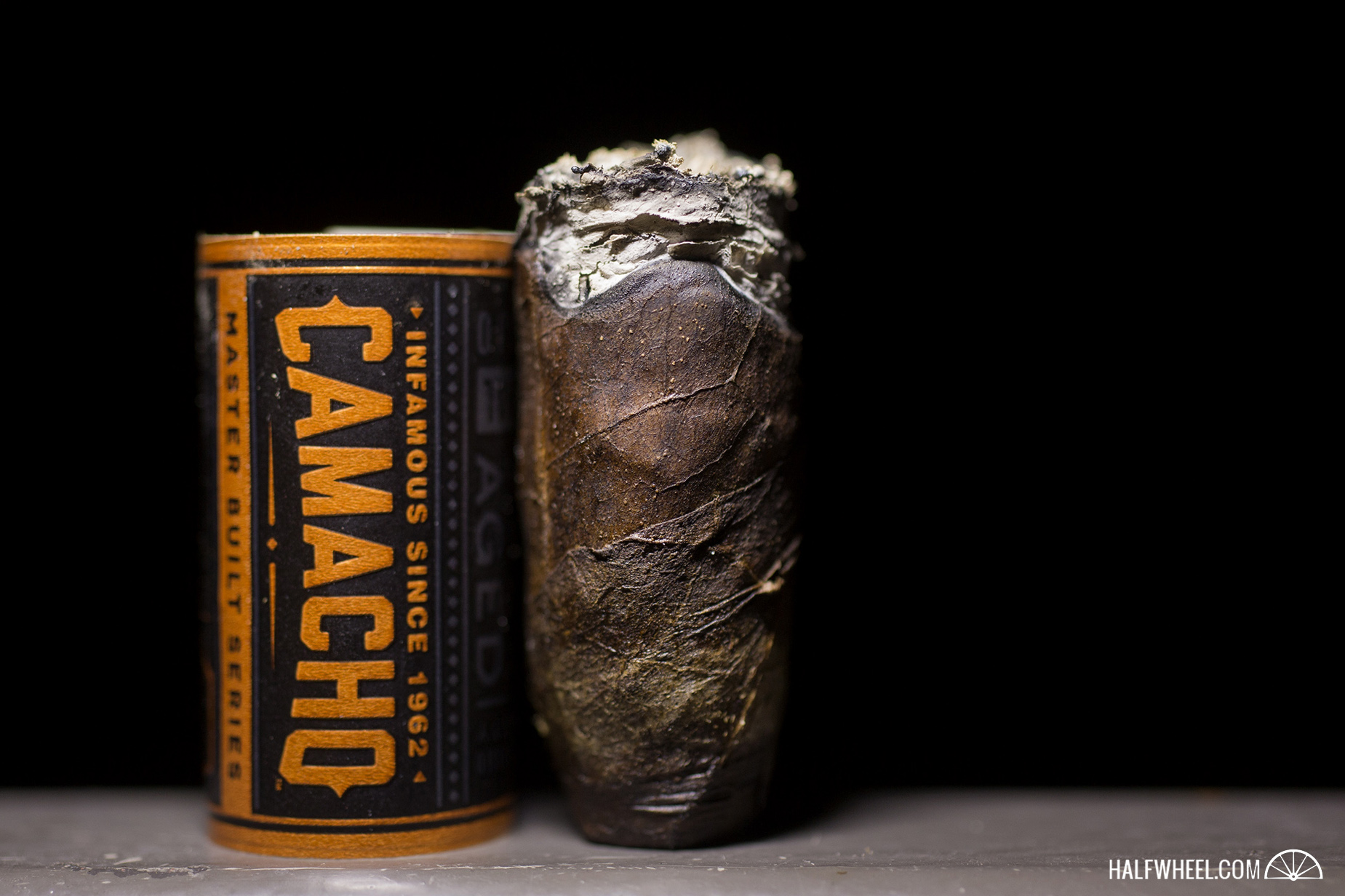 Not that I ever thought the Camacho American Barrel-Aged Perfecto Gordo was ever childish—I’m not entirely sure how a cigar can taste childish—but I certainly did not expect it to grow up as much as it did here. While the early prerelease samples of the Perfecto Gordo seemed like much of the same, the production versions of the cigar showed a profile that had settled down quite a bit and allowed for a lot of complexity to shine through. I still haven’t smoked the smaller Torpedo Corto, but out of the first five sizes of American Barrel-Aged this is far and away my favorite, a pleasant surprise.