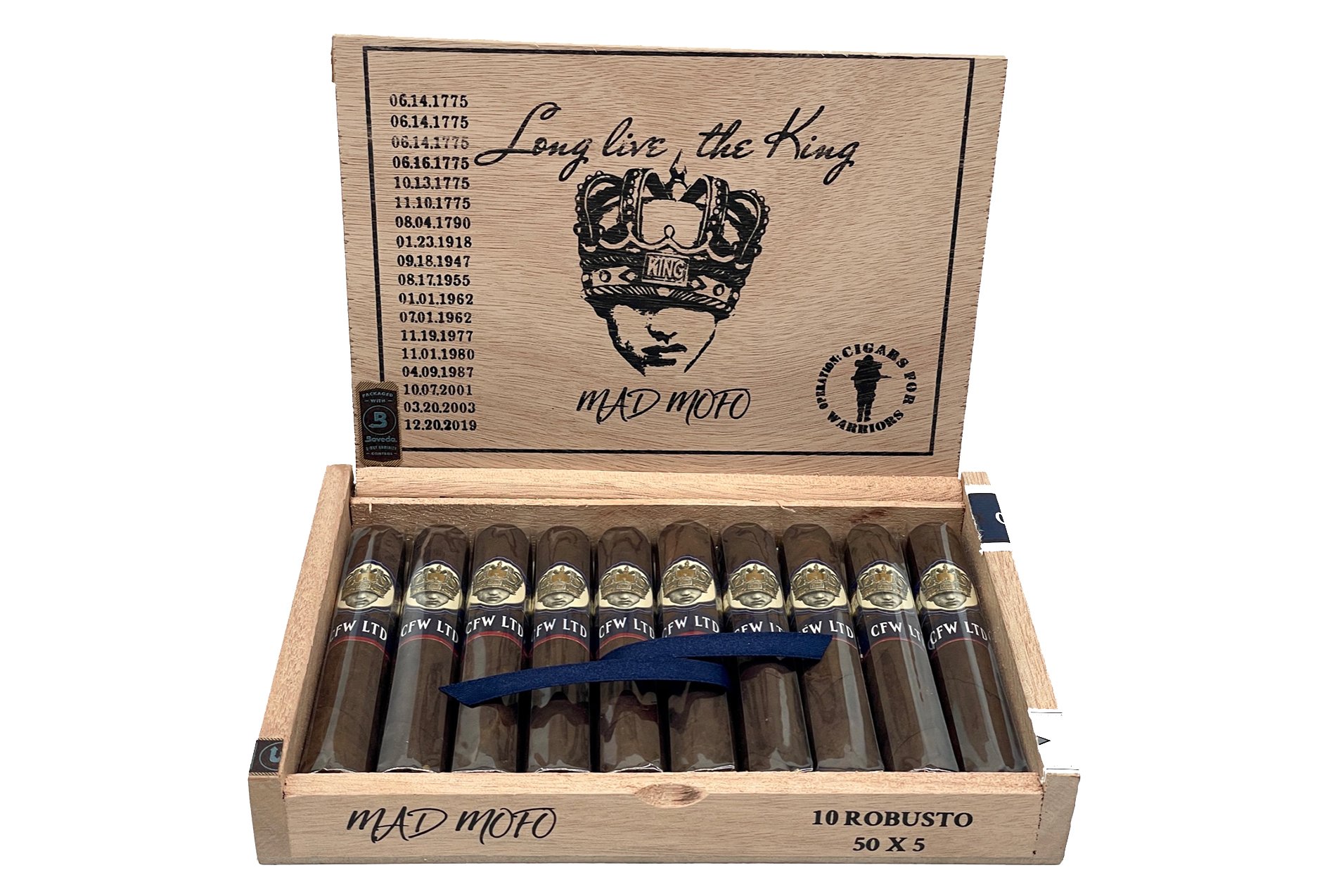 The Long Live the King Mad MoFo, a new cigar from Caldwell Cigars that has begun showing up at stores, is being released in support of Cigars for Warriors.

It’s a 5 x 50 robusto that uses a Mexican San Andrés maduro wrapper over a Dominican binder and fillers, which Caldwell has described as being both very rich and more sophisticated than the normal Mofo lines. The cigars have an MSRP of $11 and are offered in 10-count boxes, with 1,000 boxes being produced at Tabacalera William Ventura in the Dominican Republic.

The cigars are only being offered to stores that are designated as Cigars for Warriors donation centers. Caldwell has also noted that it will be a yearly limited edition cigar. 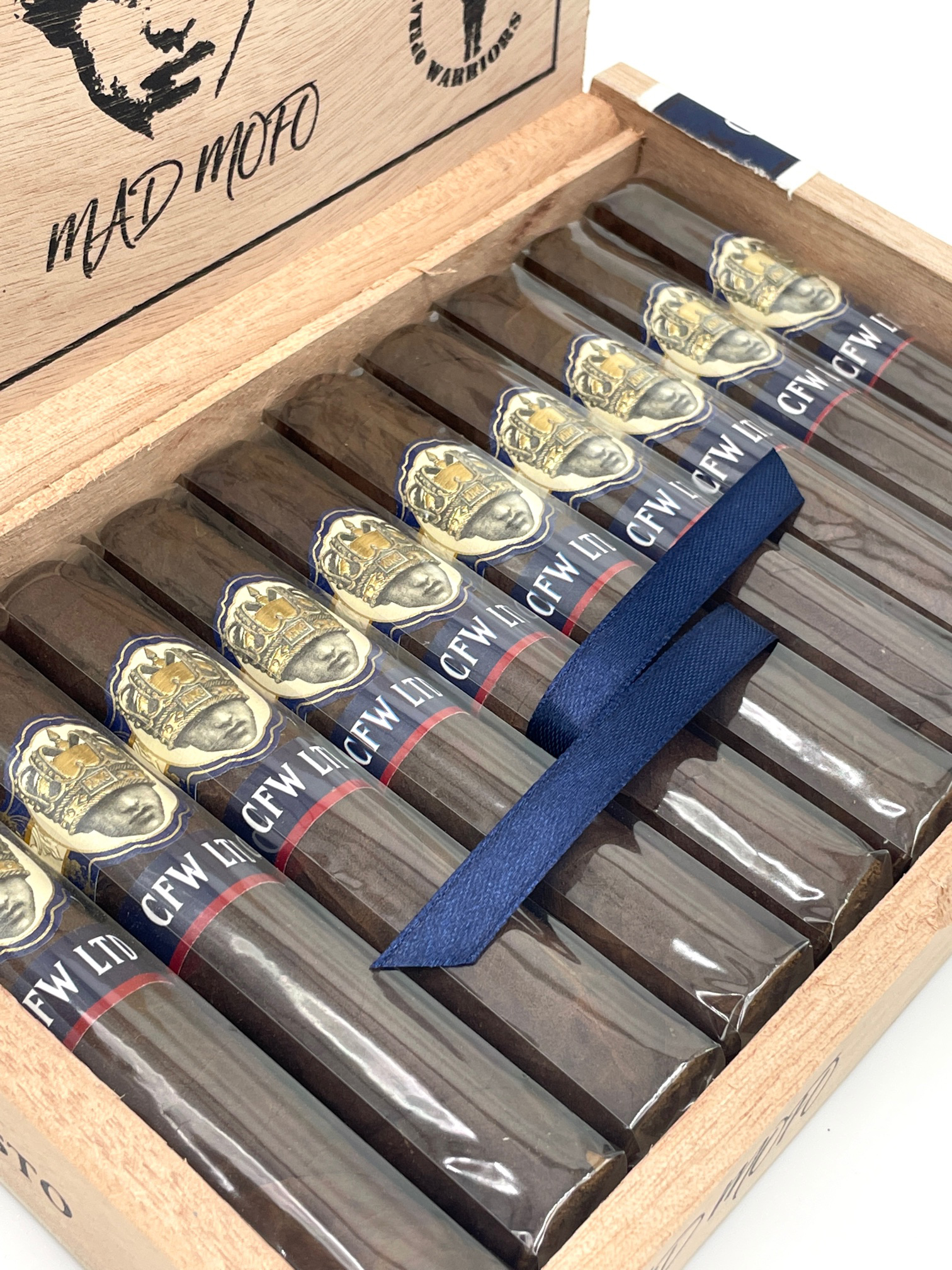 “We wanted to do something on a larger scale to support the organization and our troops,” Caldwell said. “We have been talking for years about doing something and finally decided on releasing this cigar which we donate the proceeds to CFW. We aren’t making anything on these cigars. We want to get more cigars into our troops hands and support a just cause,” he added.

The lid of the box includes a number of significant dates for American troops and the military, from the birth of the U.S. Army to the start of the was in Afghanistan and the invasion of Iraq, with the most recent date the launch of the U.S. Space Force.