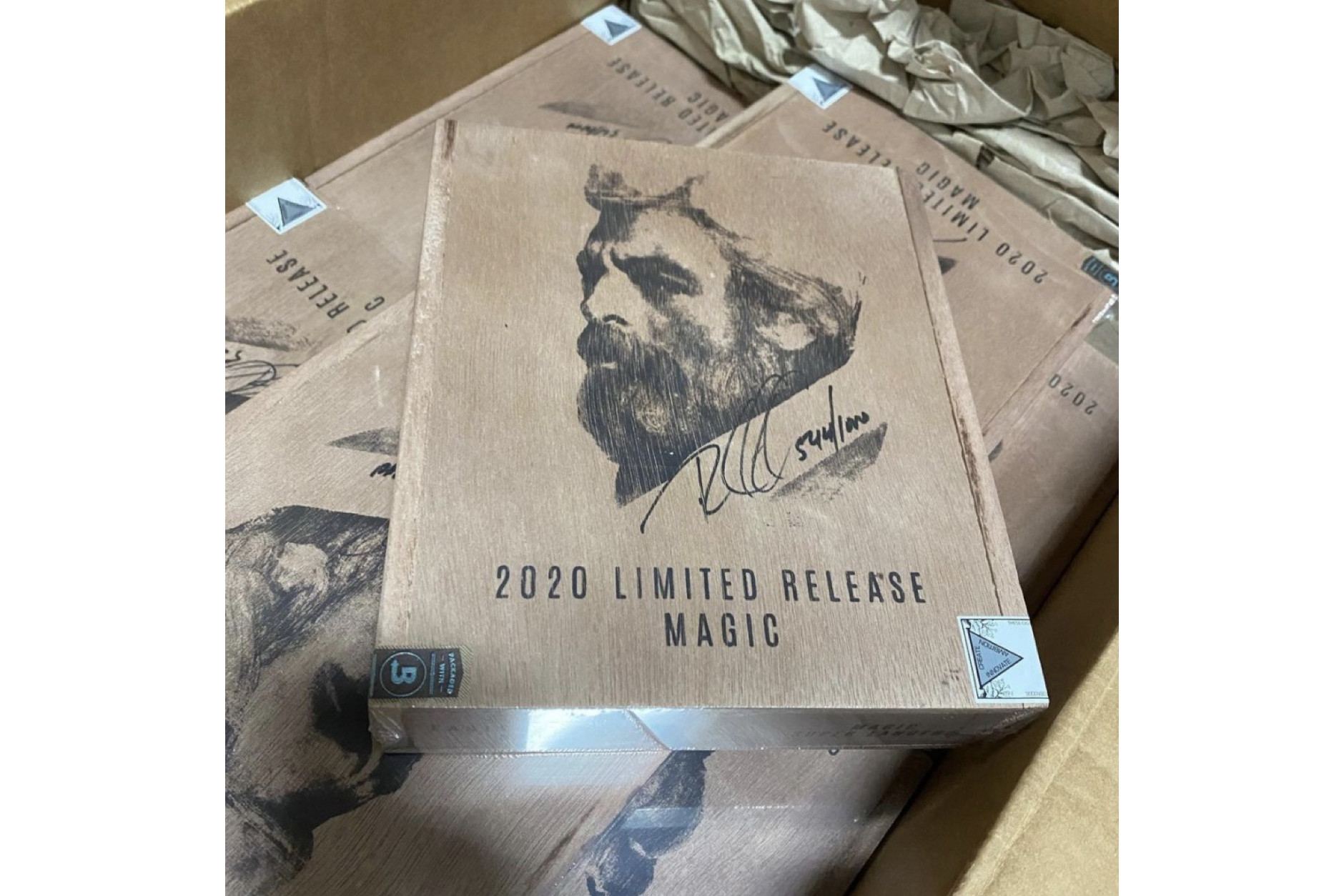 The lancero size of the Eastern Standard Sungrown line is once again heading to stores.

Caldwell Cigar Co. has begun shipping the 2020 batch of the Eastern Standard Sun Grown Magic, a 7 1/2 x 42 lancero size. Like the rest of the line, it uses a hybrid Mexican/habano wrapper over an Ecuadorian binder and fillers from the Dominican Republic and Mexico.

“This size was originally produced for fun for the trade show when we released the Sungrown line,” said Robert Caldwell told halfwheel to last month. This is the second release for the Magic, which was limited to 200 boxes when it was first released in 2018.