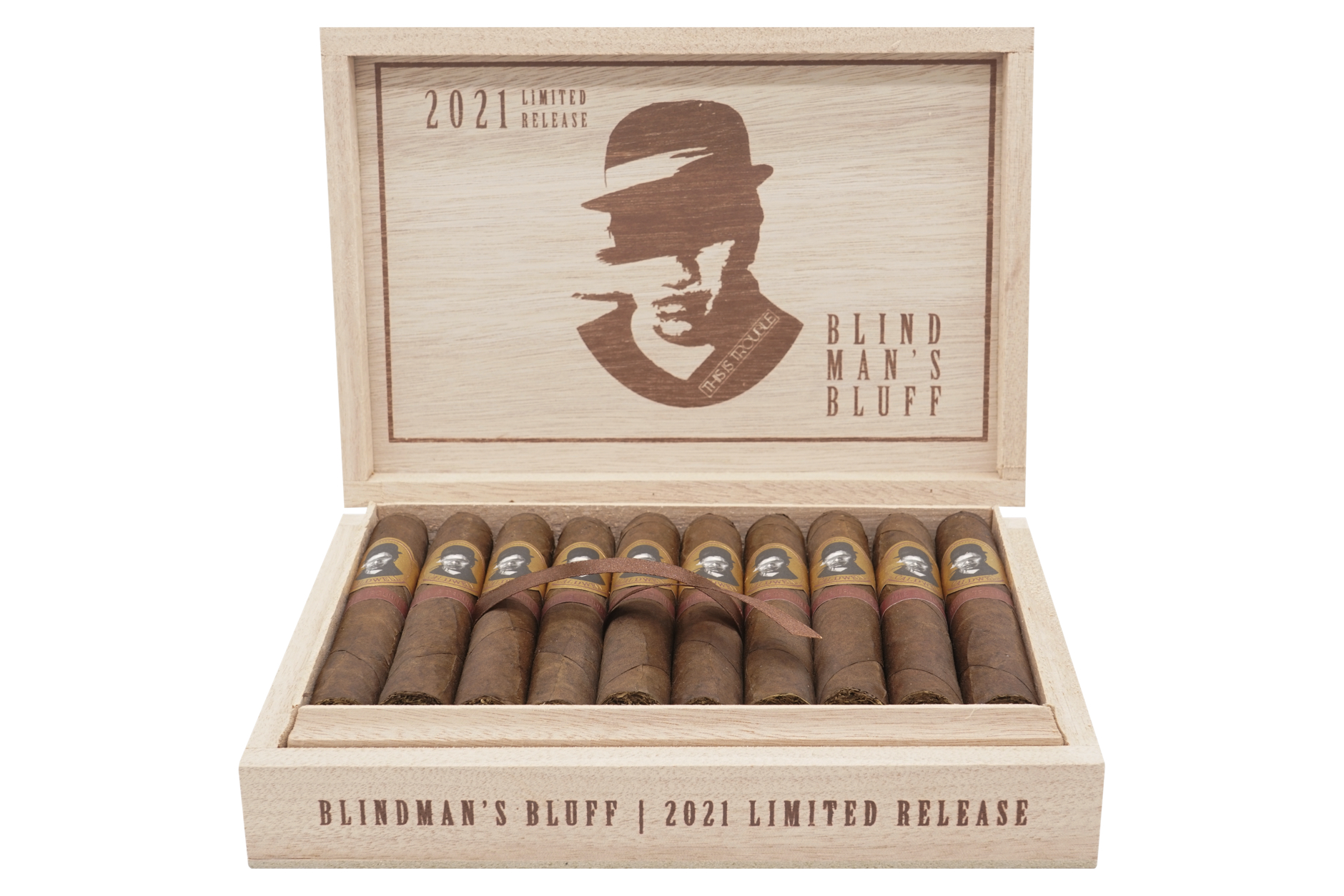 Caldwell Shipping Blind Man’s Bluff “This is Trouble” Next Week

Blind Man’s Bluff This is Trouble is a 5 x 52 robusto that uses a Mexican San Andrés wrapper over a Dominican binder over three different fillers: Dominican corojo, Dominican double ligero and habano seeds grown in Estelí, Nicaragua. This is a pretty large departure from the two normal Blind Man’s Bluff blends, which use various Ecuadorian wrappers over a mixture of Dominican and Honduran tobaccos.

“BMB has been a tremendously successful brand for us over the years,” said the company in a press release. “We have never done anything funky with it. We wanted to give it a little extra love this year, so we decided to roll out a limited production, extra special cigar. We are always working on blends (if even only for fun), and sometimes these blends are so damned good that we have to share them with our friends. This cigar is just that.” MSRP is set at $10 per cigar and will be limited to 1,000 boxes of 20 cigars; 750 of those boxes will begin shipping to U.S. stores next week, the other 250 are destined for international markets.

In an email to halfwheel, Robert Caldwell said this is intended on being a one-time release.