In March, Small Batch Cigars, the online store of Maxamar Ultimate Cigars, announced it would be receiving an exclusive cigar in Caldwell Cigar Co.’s Long Live The King blend. Named the Herem, the 4 x 42 petit corona is the smallest vitola in the line, and there were only 4,050 cigars produced, packaged in boxes of 27 with each cigar retailing for $6. 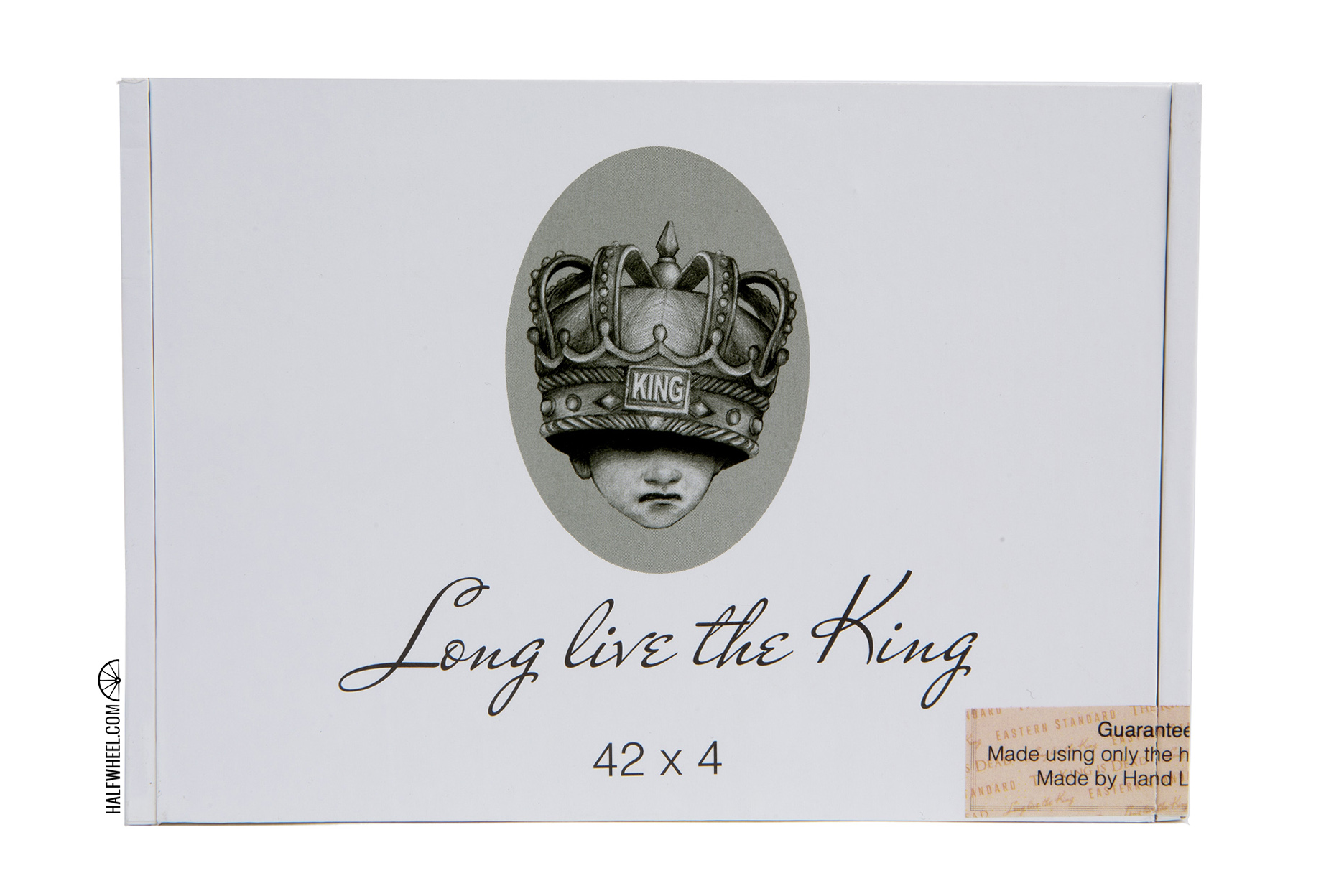 With the addition of the Harem, there are now six different vitolas in the Long Live The King lineup: 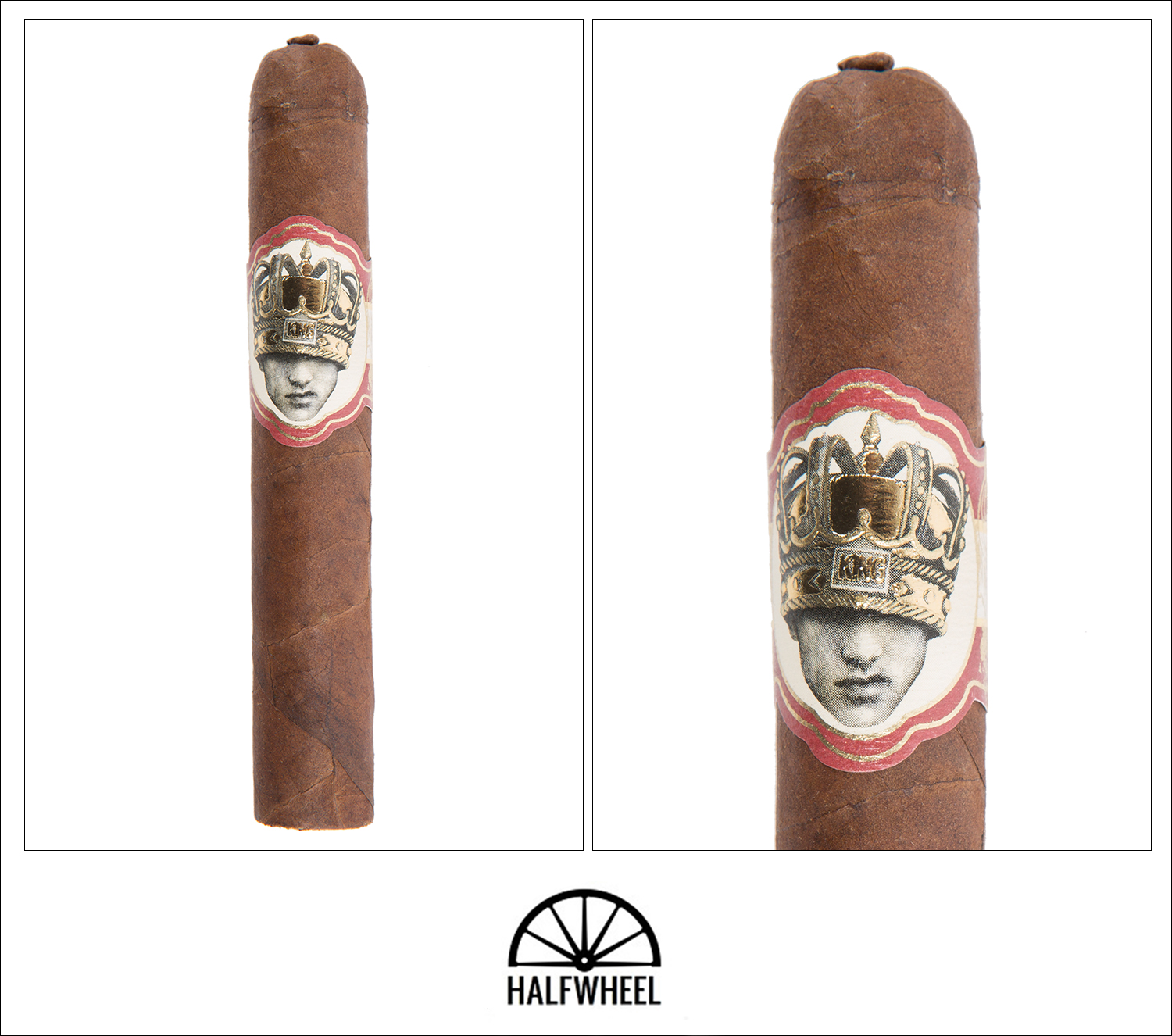 Although small in stature, the Long Live the King Harem makes a statement visually, with a dark mocha brown wrapper, pigtail and a band that makes liberal use of silver foil. The cigar is extremely spongy when squeezed, but not so bad that I think it is underfilled, and the wrapper is silky smooth to the touch with a hint of oil. Aroma from the wrapper is a combination of sweet cedar, dark cocoa, manure, leather and black pepper while the cold draw brings flavors of earth, leather, hay, oak and a touch of spice on the lips.

The Long Live the King Harem lights quickly, and immediately brings forth flavors of dark chocolate and oak, interspersed with notes of gritty earth, ground coffee beans, hay, tobacco and yeast. There is a touch of both floral sweetness and black paper on the retrohale, along with a tiny amount of spice on my tongue. Construction-wise, the draw is fantastic after pulling the pigtail off, and while the burn is far from razor sharp, it is also far from needing to be corrected, at least so far. Smoke production is both copious and dense, and the strength hits a point close to medium by the time the first third comes to a close. 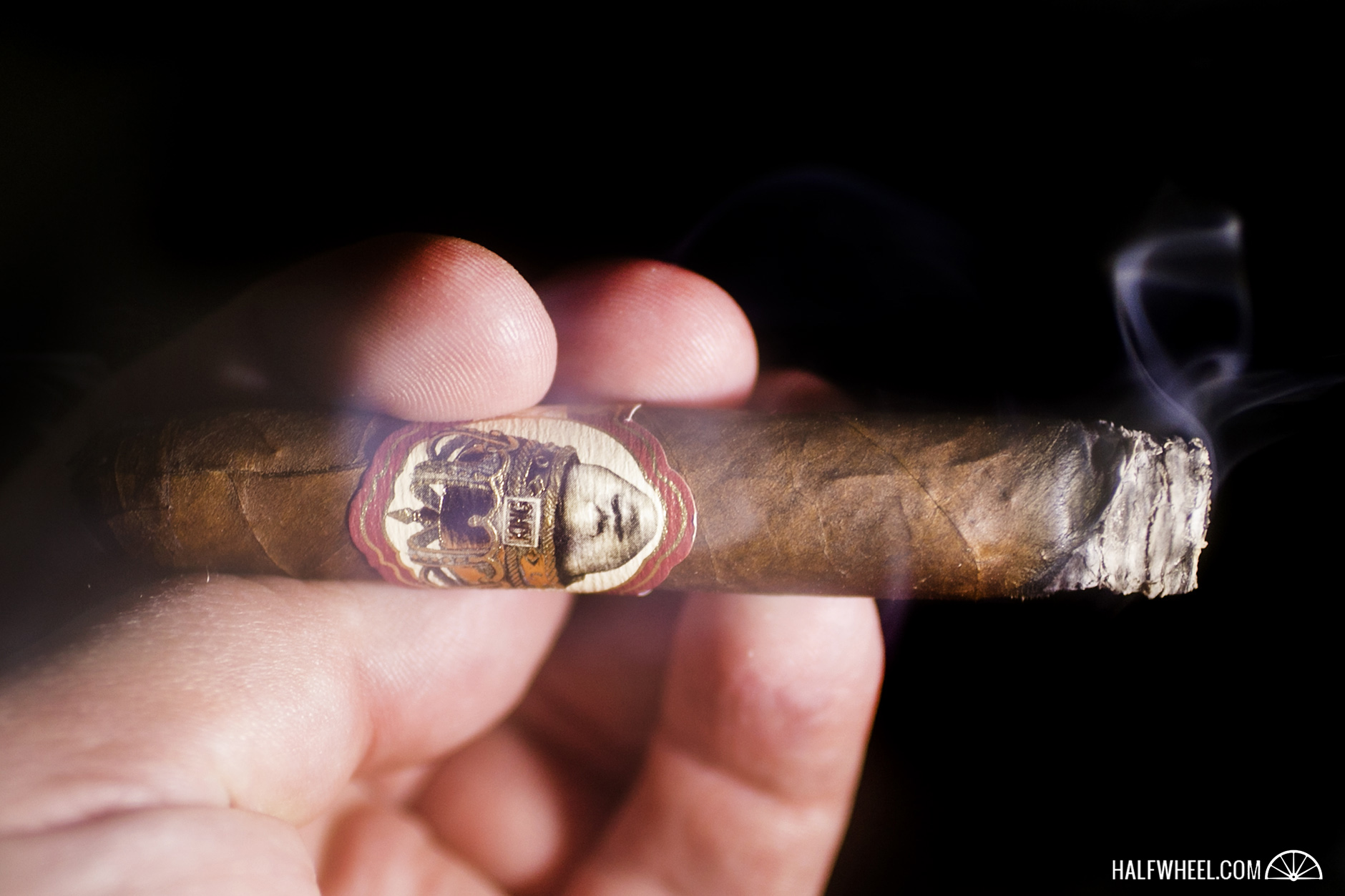 The floral sweetness from the first third increases noticeably in the second third, as does the creamy oak note that takes the dominant spot in the profile. Other flavors of grass, dark cocoa, peanuts, espresso and leather flit in and out, and although there is still some obvious black pepper on the retrohale, the spice from the first third is long gone by the halfway point. The burn has evened out nicely, and the draw remains excellent, and the overall strength has increased by leaps and bounds, hitting a strong medium by the end of the second third, while still increasing. 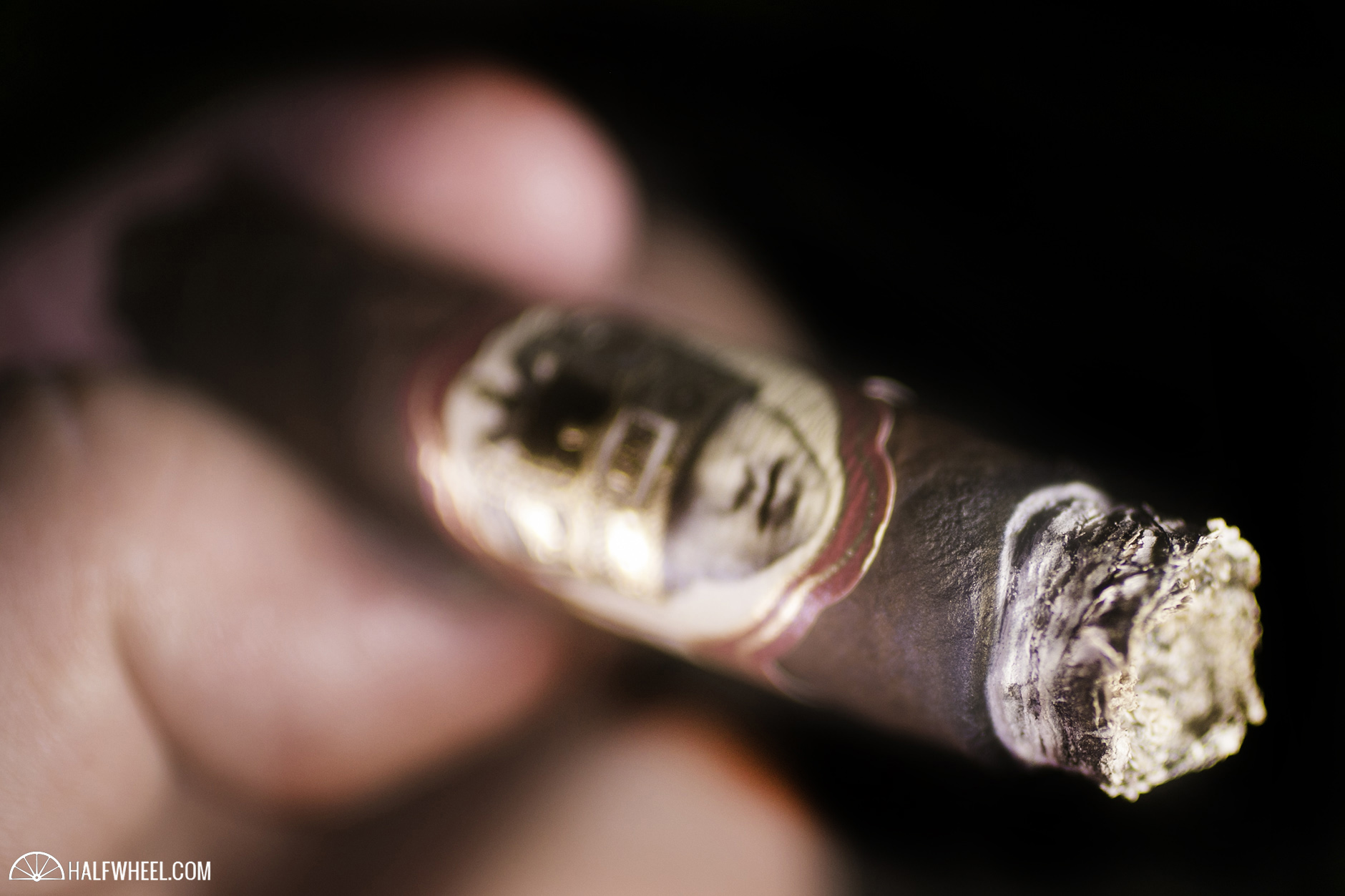 The profile of the Harem during the final third still features the same creamy oak and floral sweetness from the second third, but the massive increase in strength turns the flavors harsh every once in a while, and some of the nuance in the blend seems to be lost. In terms of construction, both the burn and the draw continue to impress, and the smoke production remains high. Strength-wise, the Harem easily hitting the full mark by the time I put the nub down with less than a half an inch left, not an easy feat for such a small cigar. 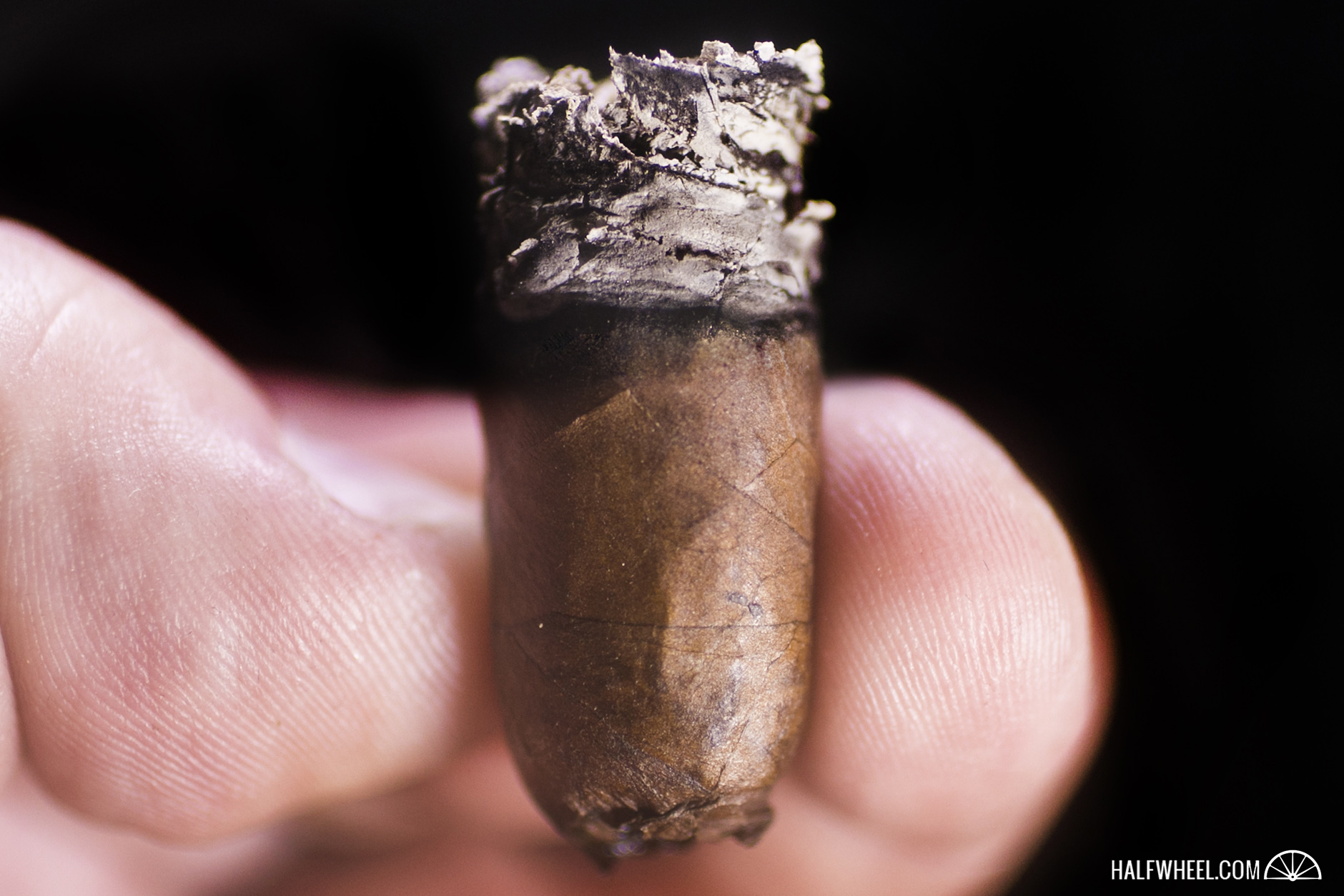 I am a big fan of smaller vitolas, and the Harem seems to be well suited to the blend, with a great floral sweetness and a creamy oak note that stuck around for the entire cigar. The construction was virtually flawless, and smoke production was dense and seemingly never ending. In fact, about the only thing I disliked about the cigar was the extreme increase in strength in the final third, which really threw the entire balance of the profile off. However, even with that issue, the Harem is a very good cigar that is well worth trying, especially if you are a fan of smaller vitolas.