Here we are at day four of the Oliva/Studio Tobac test blend week and I must say it’s been really fun trying out these cigars with the different wrappers; it really gives you insight on what really makes a certain blend work and possibly what could make it work better.

Today we are looking at a Cain Daytona 646 with a San Andrés Maduro wrapper. As we have stated previously, all the cigars we are trying out this week have come from our good friend Ian Hummel of Oliva/Studio Tobac and were rolled by Bryan Scholle of Oliva/Studio Tobac.

These cigars have no plans whatsoever of being released (at this point), they are simply being made to play around with and to hand out at events. The Cain Daytona is among my favorite cigars right now and the basic idea behind this Cain Daytona Maduro is simple…replace the Ecuadorian Sumatra wrapper with a San Andrés Maduro wrapper.

The differences in wrapper color are quite evident as the San Andrés Maduro wrapped Daytona (right) makes the Ecuadorian Sumatra on the regular Cain Daytona (left) look like Connecticut shade! 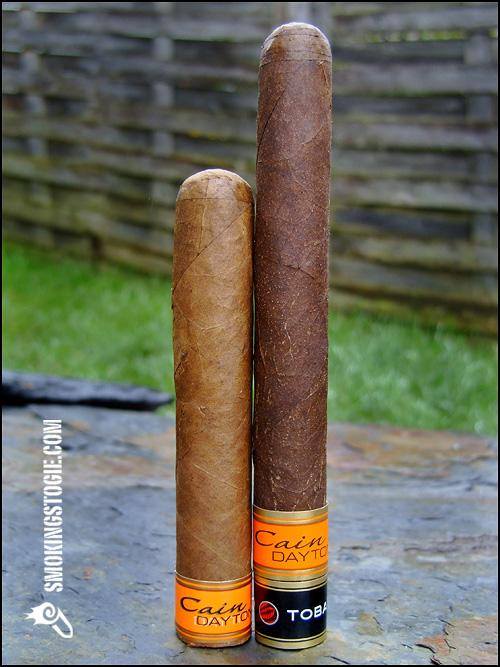 Let’s see how it tastes! 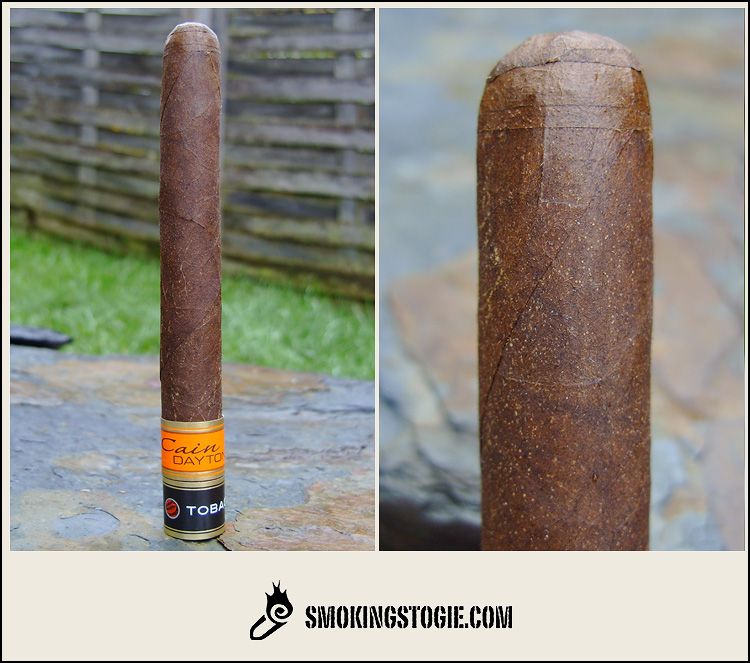 This Cain Daytona 646 Maduro is quite dark as I stated in the previous Oliva V No.4 Maduro review, it’s obvious that Studio Tobac is experimenting with the same San Andrés wrapper as we have seen lately. It’s an extremely dark shade with a real rustic look to it. It’s absolutely beautiful in its ugliness with its tooth, veins and gritty feel. Surprisingly it doesn’t have much of a pre-light aroma, just a hint of sweet tobacco. The foot smells of extreme sweetness with a ton of floral notes, it literally smells kind of like a scented dryer sheet. The pre-light draw taste of salty pretzel, cedar and earth

Starting off in the First Third I taste a ton of earth, wood, semi-sweet chocolate and a peppery, leathery finish. The draw is a bit tight but I am still getting a good amount of smoke out of it. There is a slight bitterness that takes hold a few puffs in, nothing overwhelming but definitely present. 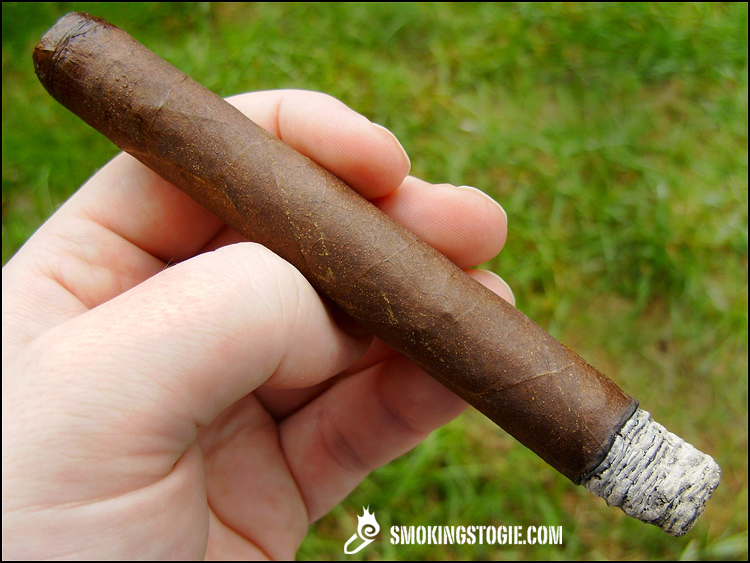 Coming into the Second Third the bitterness fades completely and there is now a rich dark chocolate flavor with a wonderful creamy coffee note behind it followed by earth and leather on the finish. There is a nice spicy heat through the nose and a touch of pepper that lingers on the tongue.

Finishing up in the Final Third the cigar changes up nicely with a real sweet cedar coming out as well as a nice sourdough flavor, its rich and easy on the palate finishing with some notes of dark chocolate, coffee and earth. The pepper has ramped up a touch; however the spice has diminished a bit. 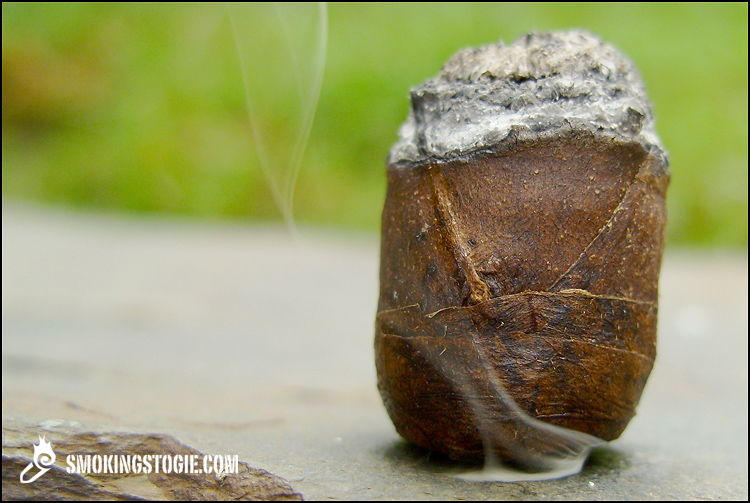 The Bottom Line: I definitely think there is room for this to be a full production blend however I would prefer the Sumatra wrapper any day of the week. The regular Cain Daytona has a more rounded out profile with a bit more balance. The Maduro wrapper almost overpowers this blend just a touch and doesn’t let you experience the greatness of the Daytona blend itself. There are a ton of subtle qualities in the Cain Daytona that I just didn’t get in this Maduro version. These are two wonderful cigars though and i think there is definitely a market for both.