It is now known that the appropriately named Cabaiguan Celebrando 25 Años was produced to commemorate the 25th anniversary of Leesburg Cigar and Pipe. Only 2,000 total cigars were made, each carrying a price of $8.75 or $175 for the box of 20. 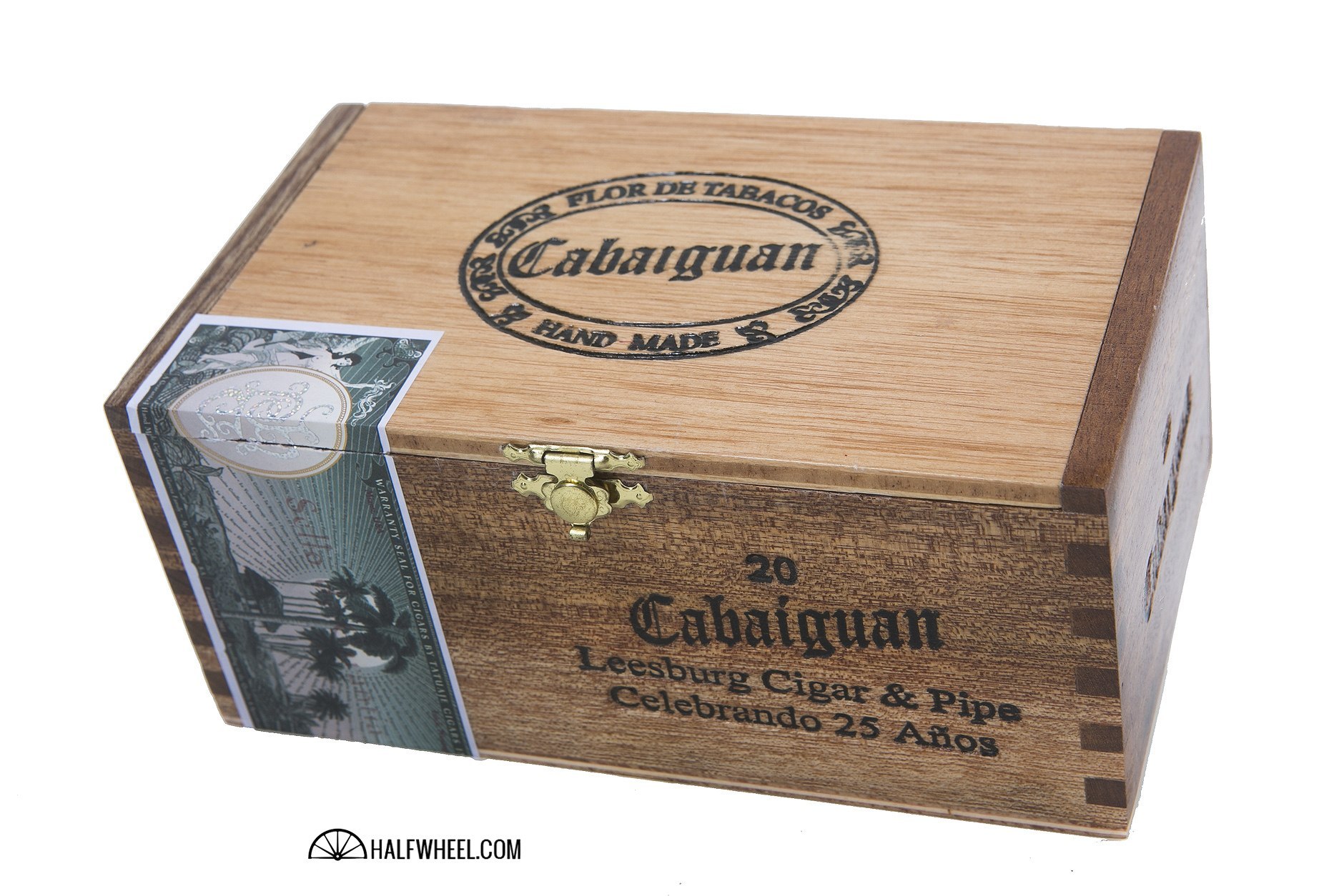 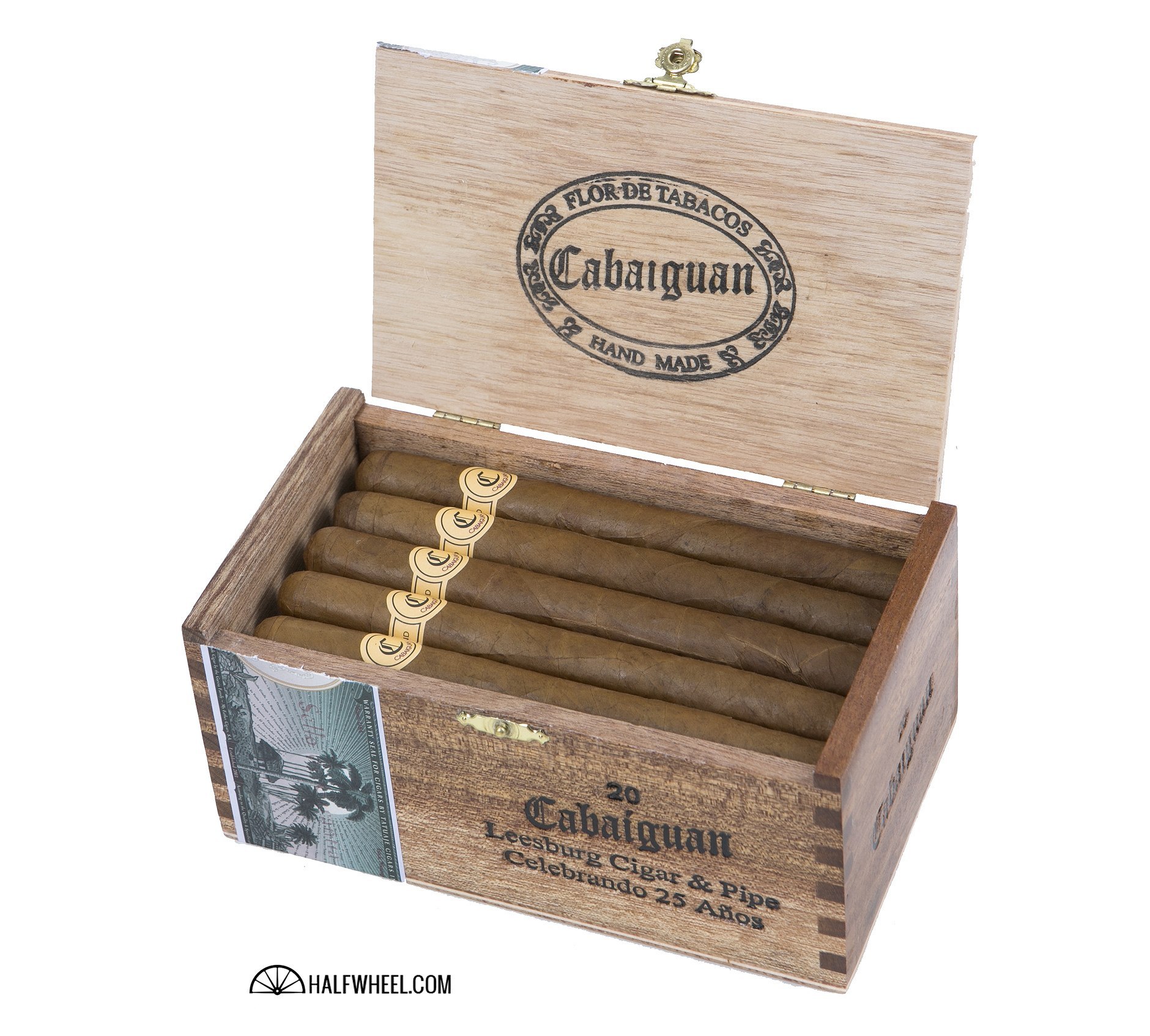 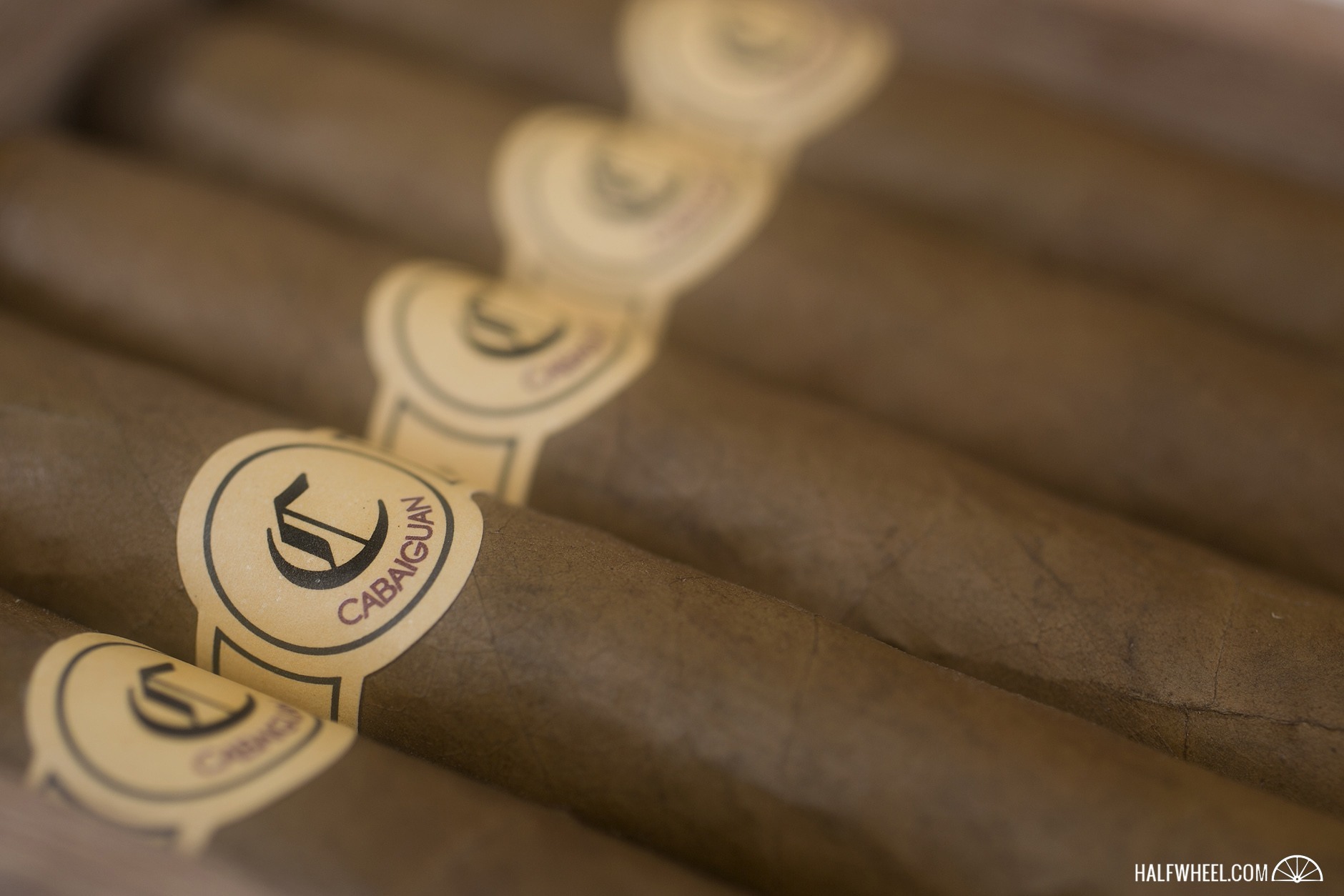 The Leesburg Cigar and Pipe Facebook page had this to say about the release:

To celebrate the 25 year anniversary of Leesburg Cigar & Pipe we present you the Celebrando 25 Anos. Blended by the often imitated cigar man Pete Johnson at the factory responsible for the most sought after blends, including the 2012 No. 1 cigar of the year, My Father Cigars. The Celebrando is based on Pete’s Cabaiguan blend in a classic Lonsdale shape. The thinner shape concentrates the body and flavor while the shade grown wrapper perfectly balances out the blend. We liken it to an iron fist in a velvet glove. The Cabaiguan Celebrando 25 Años is gorgeous to look at with a nutty brown wrapper that is both totally smooth to the touch and totally devoid of any oil. There are some veins running up and down the length and it has appropriate amount of give when squeezed. Aroma from the wrapper is extremely strong dark chocolate mixed with sweet tobacco and cream, while the cold draw brings flavors of damp earth, barnyard and white pepper.

From the first puff of the Cabaiguan Celebrando 25 Años I am assaulted with flavors: creamy peanuts, leather, earth, hay, cedar and slightly bitter espresso. There is a surprising amount of pepper on the retrohale, and even a bit of spice on my tongue, although the latter does not stick around long. After the first 15 puffs or so, I start to taste a wonderful vanilla bean sweetness that only gets stronger as the first third progresses, and combines nicely with the overall creaminess that is in the profile. The draw has an excellent amount of resistance, while the burn is razor sharp so far. There is a copious amount of dense white smoke coming from the foot, and the strength hits a point between mild and medium by the end of the first third. 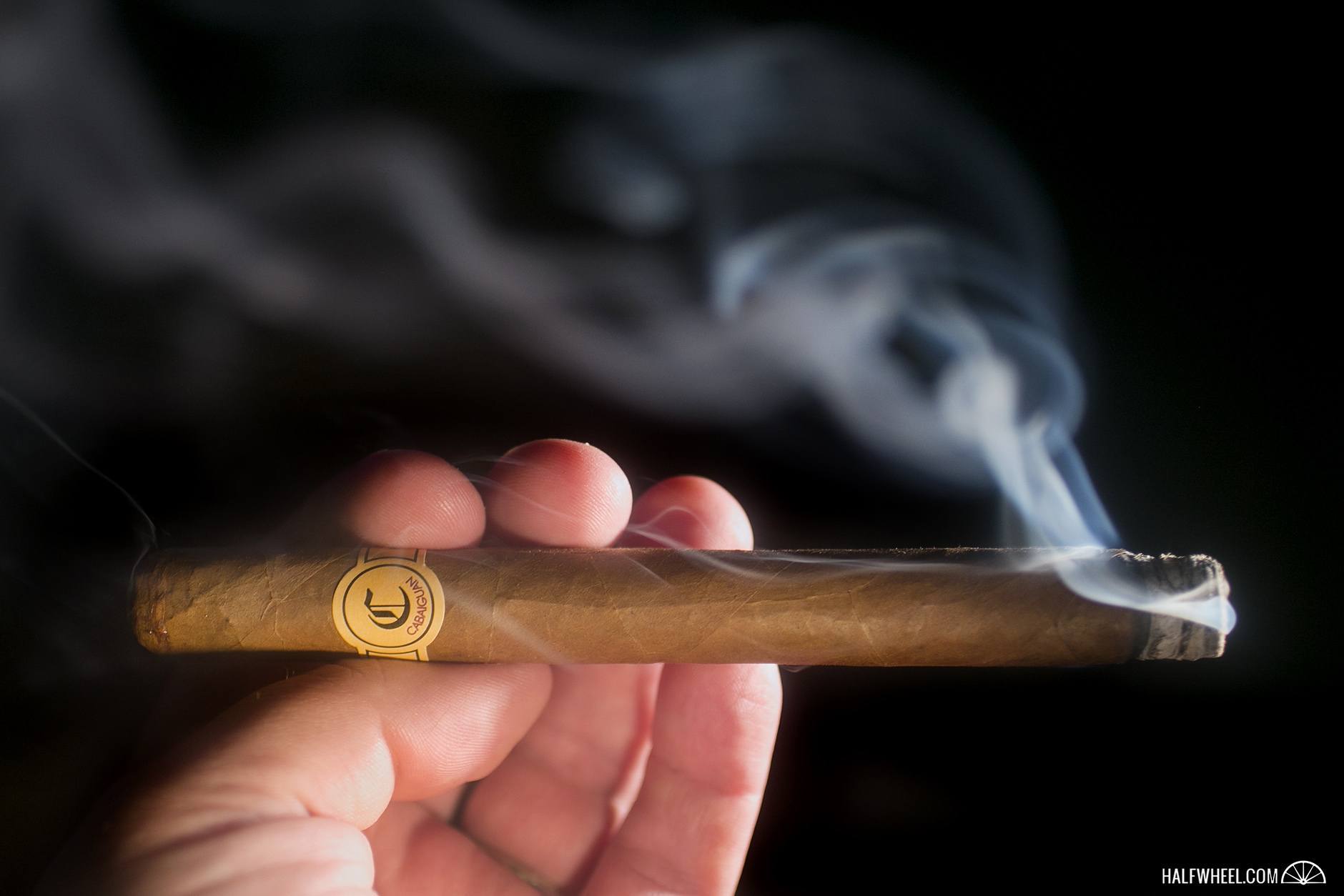 The sweetness that is present morphs from a vanilla bean note to a honey flavor in the second third of the Cabaiguan and even gains a bit of prominence. Other flavors of hay, dark chocolate, creamy nuts, leather and cedar flit in and out, and while there is less pepper on the retrohale, it is still easily strong enough to effect the rest of the profile. The spice from the first third is long gone, but the smoke production remains well above average. Construction-wise, both the draw and burn remain excellent and the strength actually hits a solid medium right at the end of the second third. The final third of the Cabaiguan Celebrando 25 Años features more of that honey sweetness, mixed perfectly with other flavors of cedar, espresso, dark cocoa, peanuts, hay and leather. Every once in a while I taste a very interesting peppermint note that really increases the complexity for a few puffs, but it never sticks around for extended periods of time. The pepper on the retrohale remains constant from the second third, as does the smoke production, while the burn and draw continue to impress as well. I am easily able to smoke to less than a half inch, and the overall strength stalls out at a solid medium by the end. 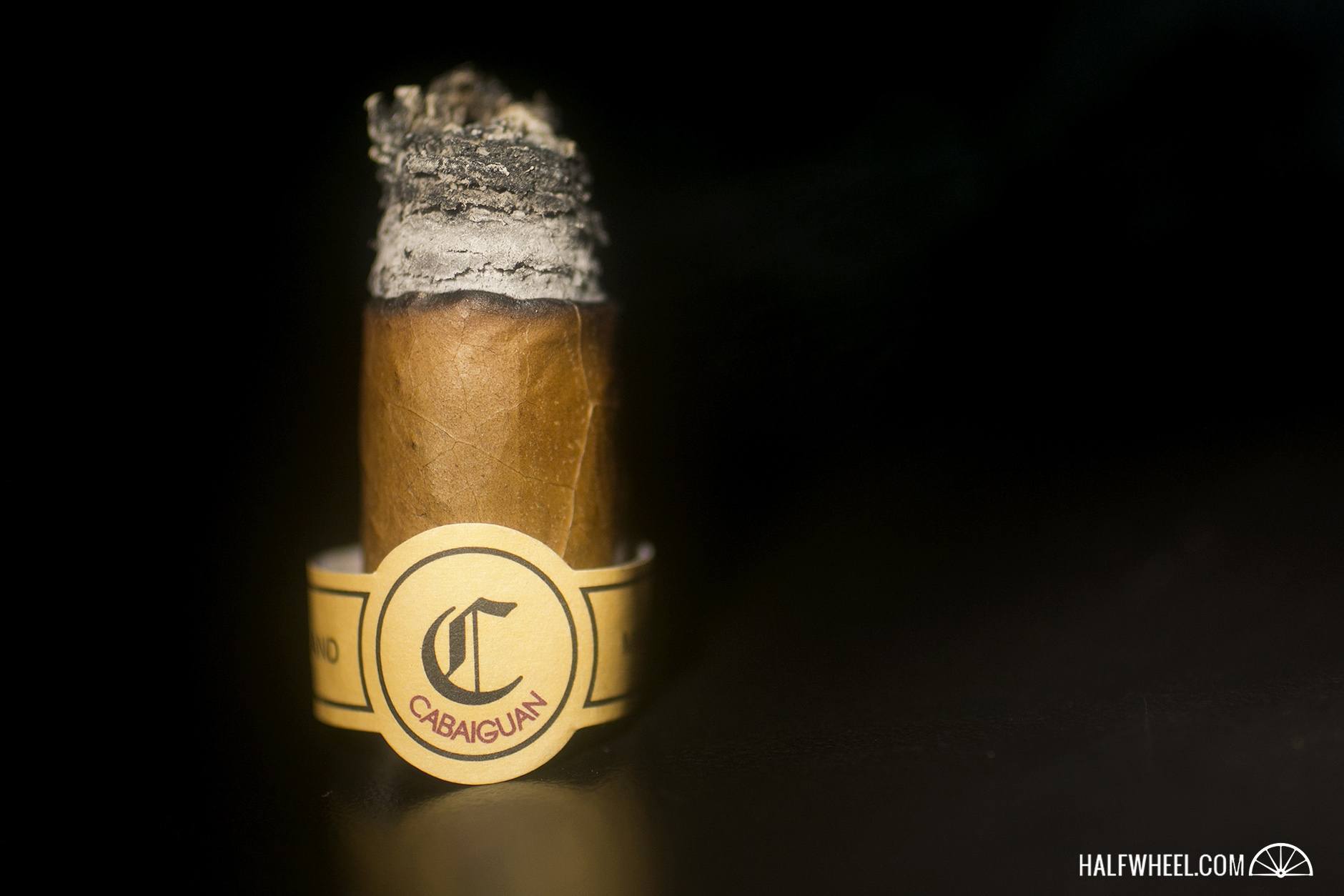 I was excited when I heard about the Cabaiguan cervantes last year. Lonsdales have long been one of my favorite shapes and I always thought the Cabaiguan would shine in that vitola. Fortunately, Johnson was able to create the cigar I was hoping it could be. The Cabaiguan Celebrando 25 Años brings together the many positives of the Cabaiguan blend—creamy, nutty and overtly sweet, with a surprising amount of pepper and spice, excellent construction and a classic vitola. While not quite as complex or as sweet as the Redux 120, it is still a very good cigar, one well worth a box purchase.