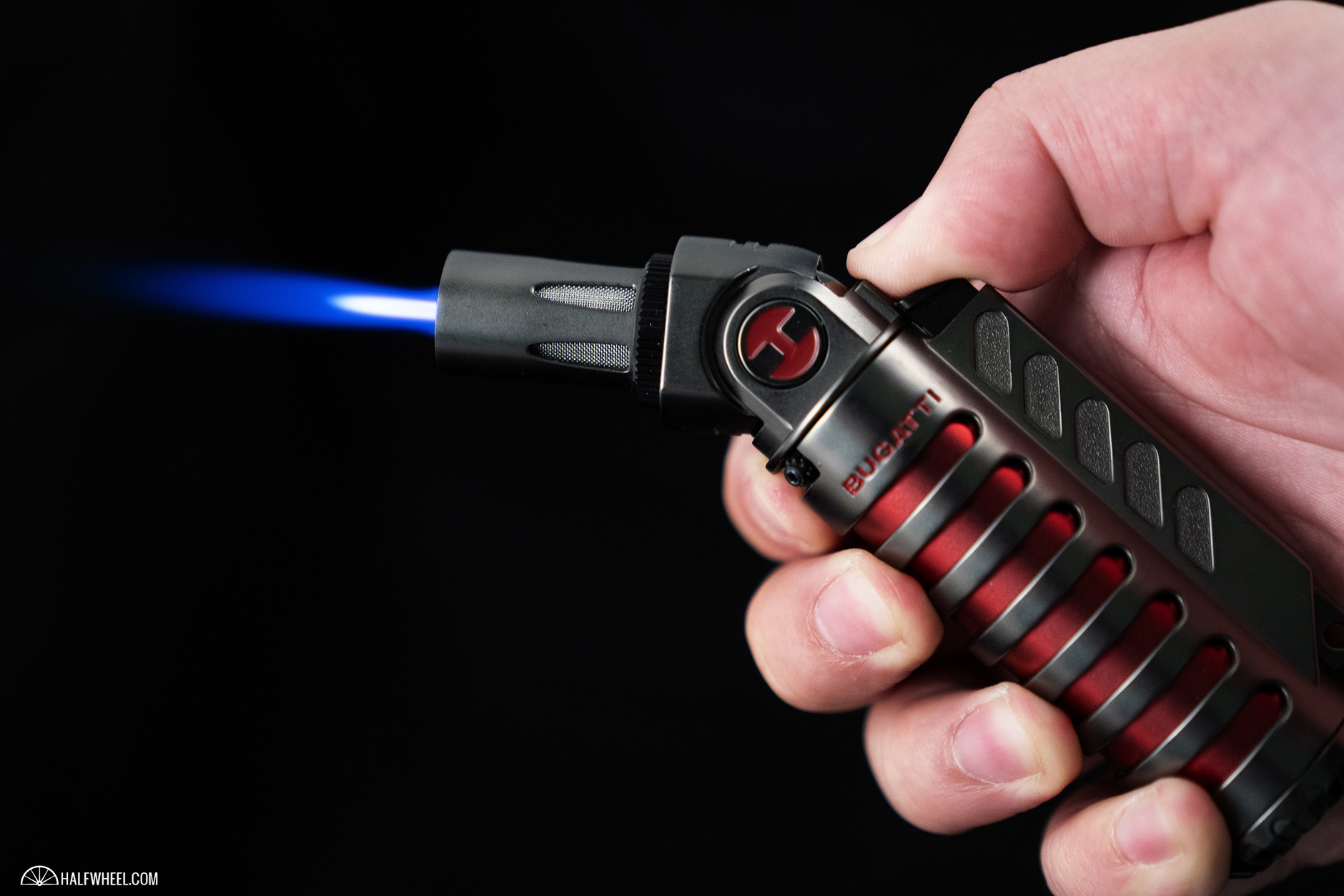 It’s pretty rare to use the term game changing when it comes to cigar accessories, but those are exactly the words that Derrick Hinnendael used to describe the two new lighters that Bugatti released at the 2019 IPCPR Convention & Trade Show, the Vulcan and Mirage.

Both are dual flame torch lighters, with the Mirage being a more pocket-friendly design using a flip-top lid, while the Vulcan is much longer, doesn’t have a lid, and offers a flame that can be angled a bit. But what makes them unique are two features, one with the fuel tank and the other with the burner.

Instead of using a large canister of butane to refill an internal tank, a small tank of fuel gets inserted into the base of the lighter, and then swapped out for a new one when empty. As for the replaceable burner component, while the two models require different designs, but both allow the user to replace the part that is commonly the source of problems: clogged jets and faulty ignitions. 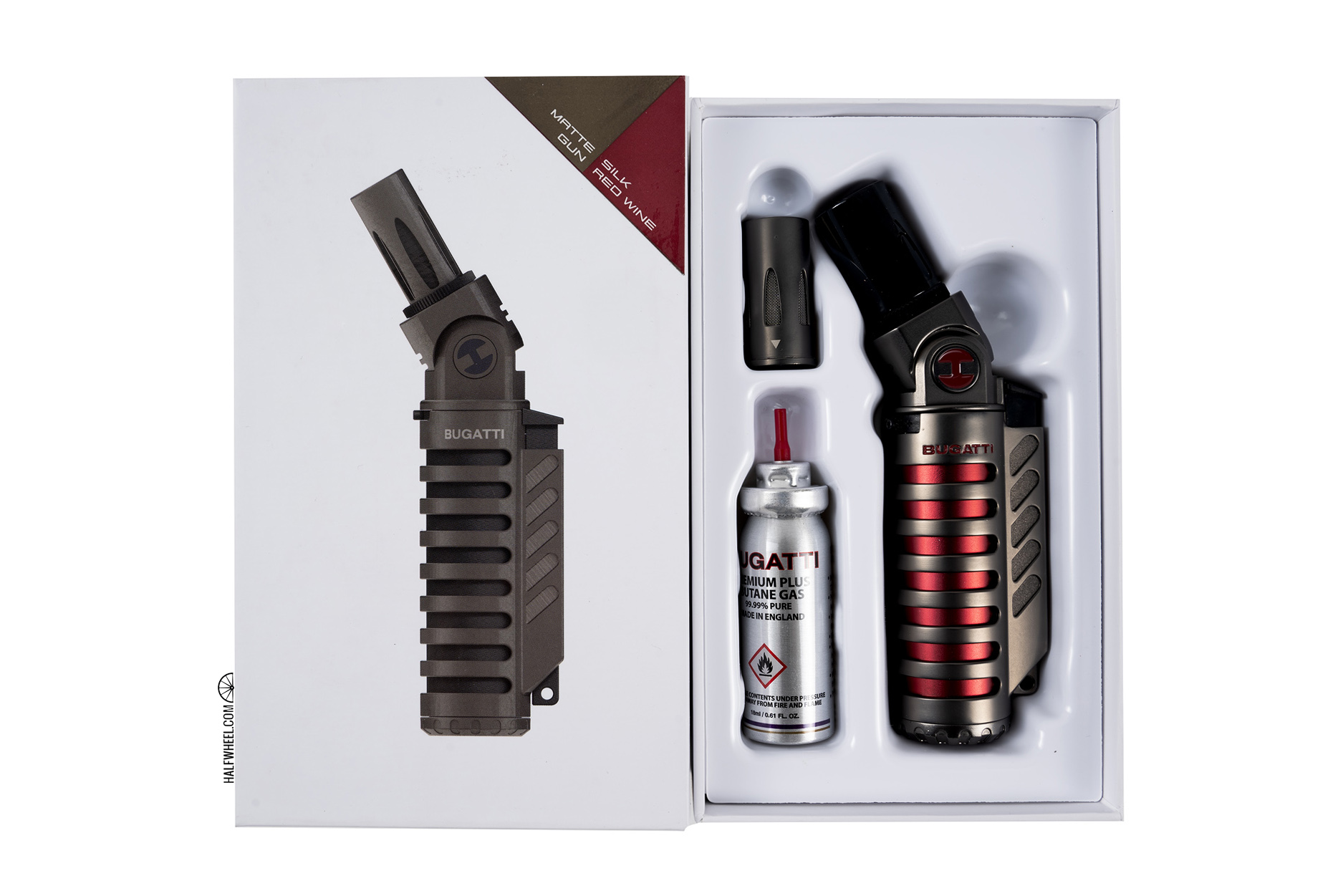 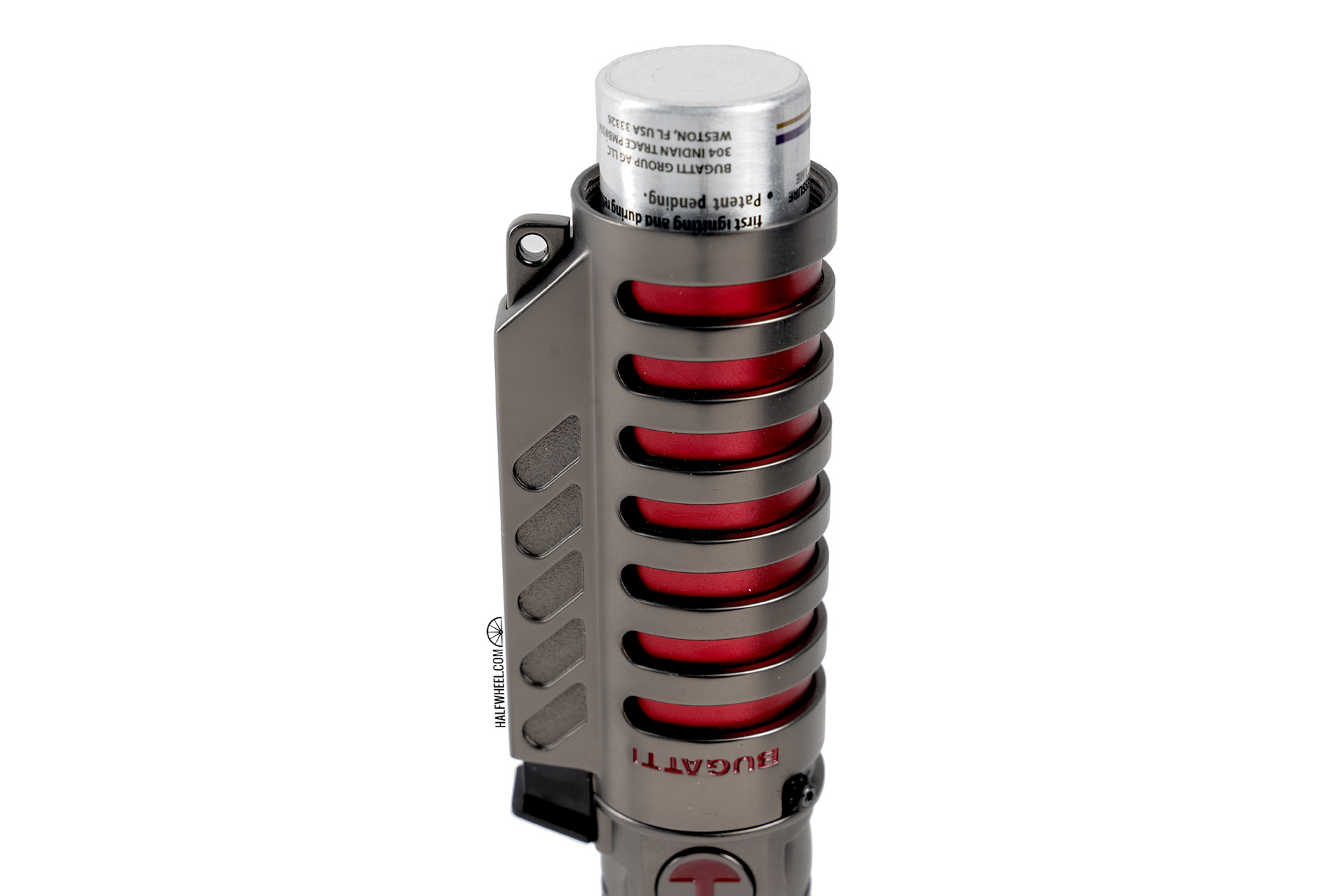 The Bugatti Vulcan ($99.99) is a dual flame torch lighter that features an adjustable neck design, and is available in six color choices: gun metal with black, green or red accents, or chrome with, blue, purple or yellow accents. It measures just under 5 1/4 inches long, 1 1/4 inches wide and just over an inch thick, and weighs a hefty 5.8 ounces (166g) due in large part to its solid metal case. It also offers a flame adjustment lever on the side opposite of the push-button ignition, and comes with a two-year warranty.

Both the Bugatti Vulcan and Mirage were released with the note that the swappable burner piece would allow customers to replace one of the more commonly serviced parts of a lighter without having to send it in for repair and thus be without the lighter for a few weeks. These pieces are not seemingly not on sale, so I would have to assume that they are covered by the warranty, though have not received final confirmation on that, nor have I been through the warranty process. As for the fuel cylinder, it’s a different approach to an issue that all butane-fueled lighters face: having to be refilled. Hinnendael said that a fresh cylinder would last 30 days, though that is highly dependent on how frequently the lighter is used. In my case, that a pretty big overstatement, as I went through a cylinder in about two weeks, and more than two in the month or so that I’ve been using the Vulcan on a daily basis. The Bugatti Vulcan occupies a unique spot that makes it a bit more challenging to find direct competition, as it depends on which aspect matters most, the double flame, the physical shape, or the hardest to compare, the swappable fuel tank system and user-replaceable burner. No. As much as I want to like the Bugatti Vulcan, I just couldn’t come to a place where it really made sense, at least not given how everything stands at the moment. The premium on butane, the lack of a fuel window or other way to see how much fuel remains, and some sporadic issues with the ignition all led me to a point where I’d keep my credit card in my pocket. The size is a matter of personal preference, but I don’t see it delivering any additional benefit; rather it is simply needed to accommodate the fuel canister, an aspect I’m not crazy about. The Bugatti Vulcan is certainly innovative, and I commend those involved with its development as possibly a subsequent version will bring all the best aspects together. But for now, it’s a pass for me.