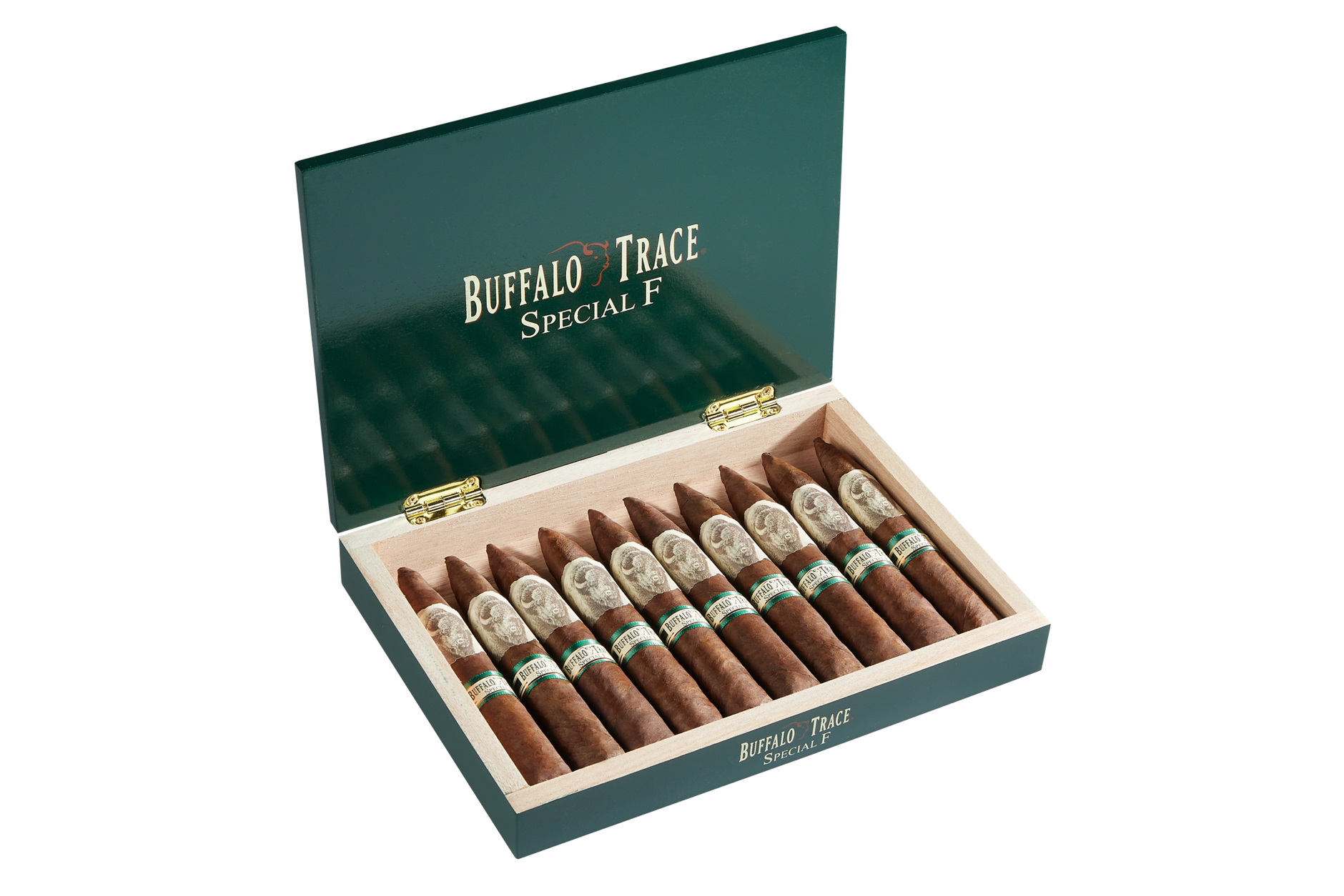 “With Buffalo Trace Special F, we set out to explore the effect that extended barrel aging would have on the binder leaf and are extremely pleased with the results,” said Kevin Irvine, product coordinator of STG’s Online and Retail division, in a press release. “The brown sugar and toffee nuances that have won Buffalo Trace Bourbon critical acclaim are present in the cigar, in the most subtle and intriguing of ways. This is an amazing cigar and we believe it will sell out quickly.”

Earlier this week, STG’s General Cigar Co. announced the Weller by Cohiba 2022, another cigar using a binder that was aged in barrels from the Buffalo Trace Distillery in Frankfort, Ky.

Scandinavian Tobacco Group has collaborated with a number of Buffalo Trace brands for a total of now six projects. The other three releases have been the original Buffalo Trace cigar sold through Meier & Dutch, an Eagle Rare gift set sold by Cigars International and a cinnamon-flavored Fireball cigar.