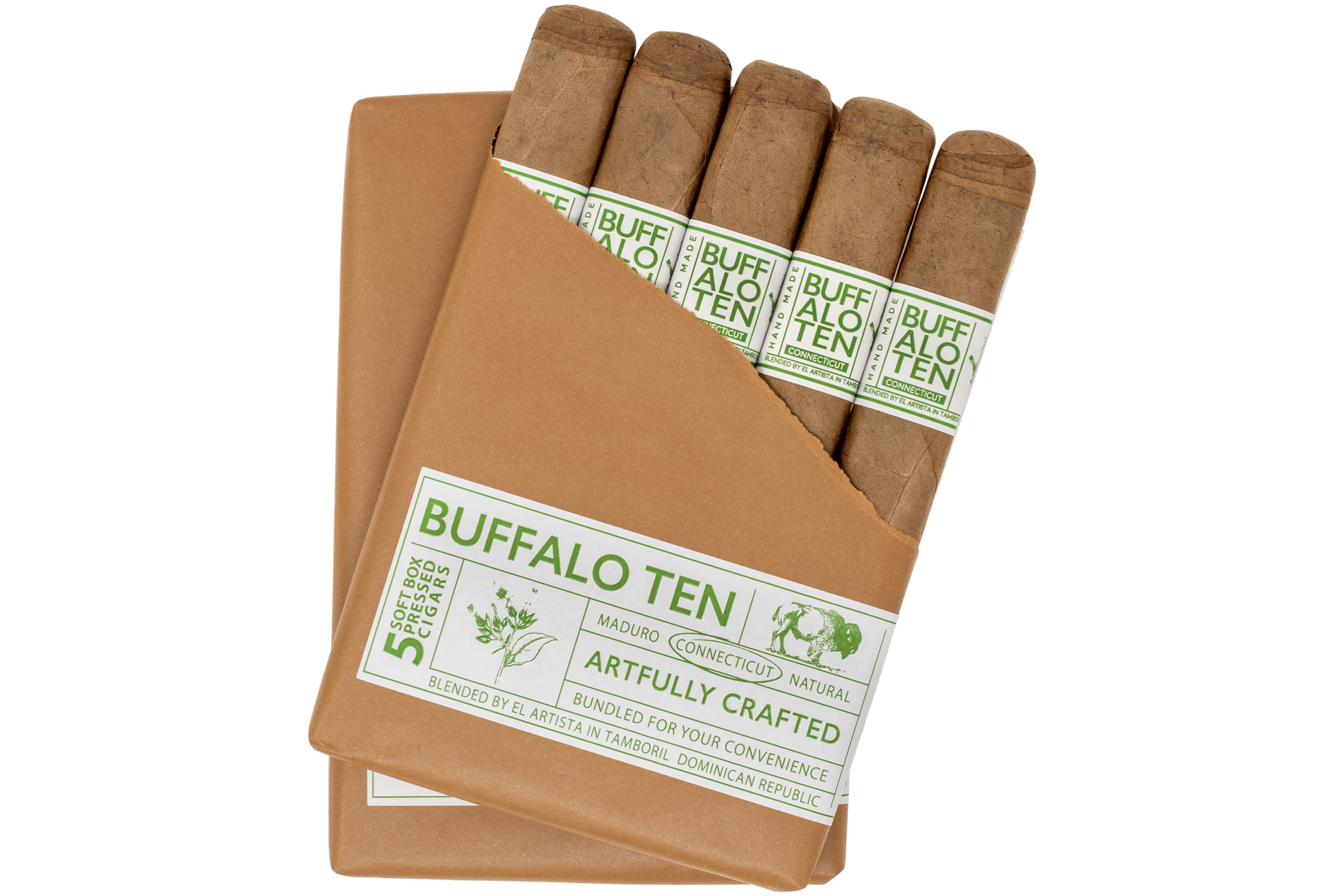 After a launch in Norway earlier this month, the Buffalo Ten Connecticut will get its stateside debut next month.

El Artista Cigars has announced that it will show off the new version of Buffalo Ten at next month’s 2021 PCA Convention Trade Show. The Buffalo Ten Connecticut is offered in a single box-pressed 6 x 50 toro size. It uses an Ecuadorian Connecticut wrapper from El Artista’s farms over a Cameroon binder and fillers from El Artista’s farms in the Dominican Republic, as well as Nicaragua.

“This flagship product line has performed so well,” said Radhames ‘Ram’ Rodriguez, president of El Artista Cigars, in a press release. “We just had to bring out one more blend, this time in a Connecticut grown in our farms in Ecuador. Over the last two years Retailers have embraced Buffalo TEN in terms of packaging options and a great price point; consumers the world over have told us to keep making more and we feel the Connecticut continues the theme of quality and value both consumers and the brick & mortar retailer have come to know and love.”

The 2021 PCA Convention & Trade Show takes place July 10-13 in Las Vegas, El Artista says it will begin shipping the cigars to U.S. retailers during the first week of August.