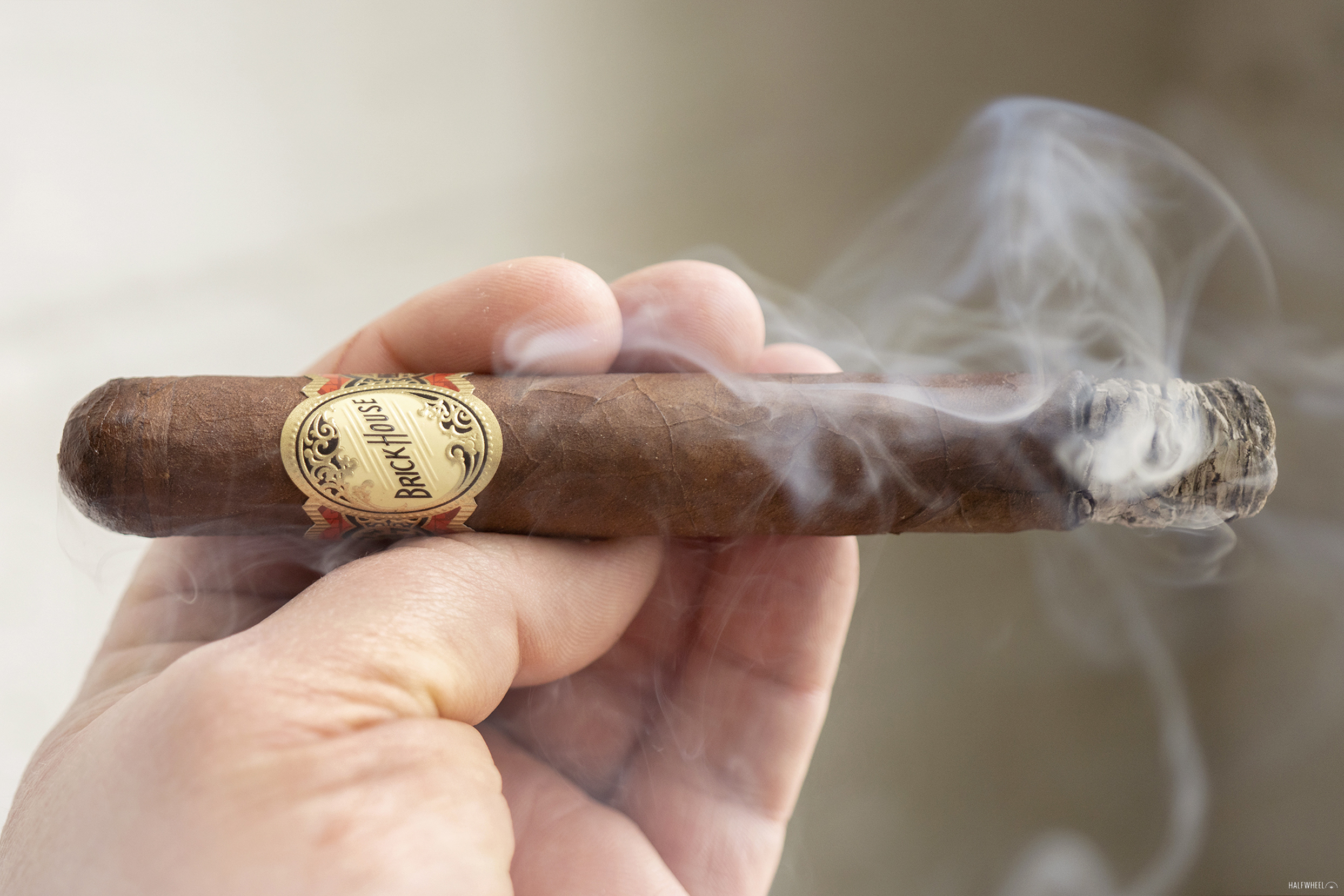 When people think of historic American cigar brands, one that will almost certainly be near the top of the list is J.C. Newman Cigar Co. The company was founded in 1895 and is this country’s oldest family-owned cigar manufacturer, currently making some of its cigars in a massive 113-year-old cigar factory known as El Reloj—which translates to the clock from Spanish—that is located in Tampa’s Ybor City neighborhood, which was once the capital of the global cigar industry.

One of J.C. Newman’s first releases named Brick House debuted in 1937 and was created as a homage to the company’s roots, as detailed on a post from Drew Newman on the company’s Instagram account:

My great-grandfather, J.C. Newman, was born in a small village in Austria-Hungary in 1875. Our family home was the only house made out of brick in the town. It was known as the “Brick House.” The first floor was a general store and tavern and my family lived on the second floor. The original Brick House was a place where locals gathered to celebrate — likely including Octoberfest.

When my great-grandfather came to America and founded J.C. Newman Cigar Co. in 1895, he missed his homeland. He created the Brick House cigar brand to honor his childhood home. The cigar label shows what the original Brick House looked like, surrounded by farmland and farm animals. 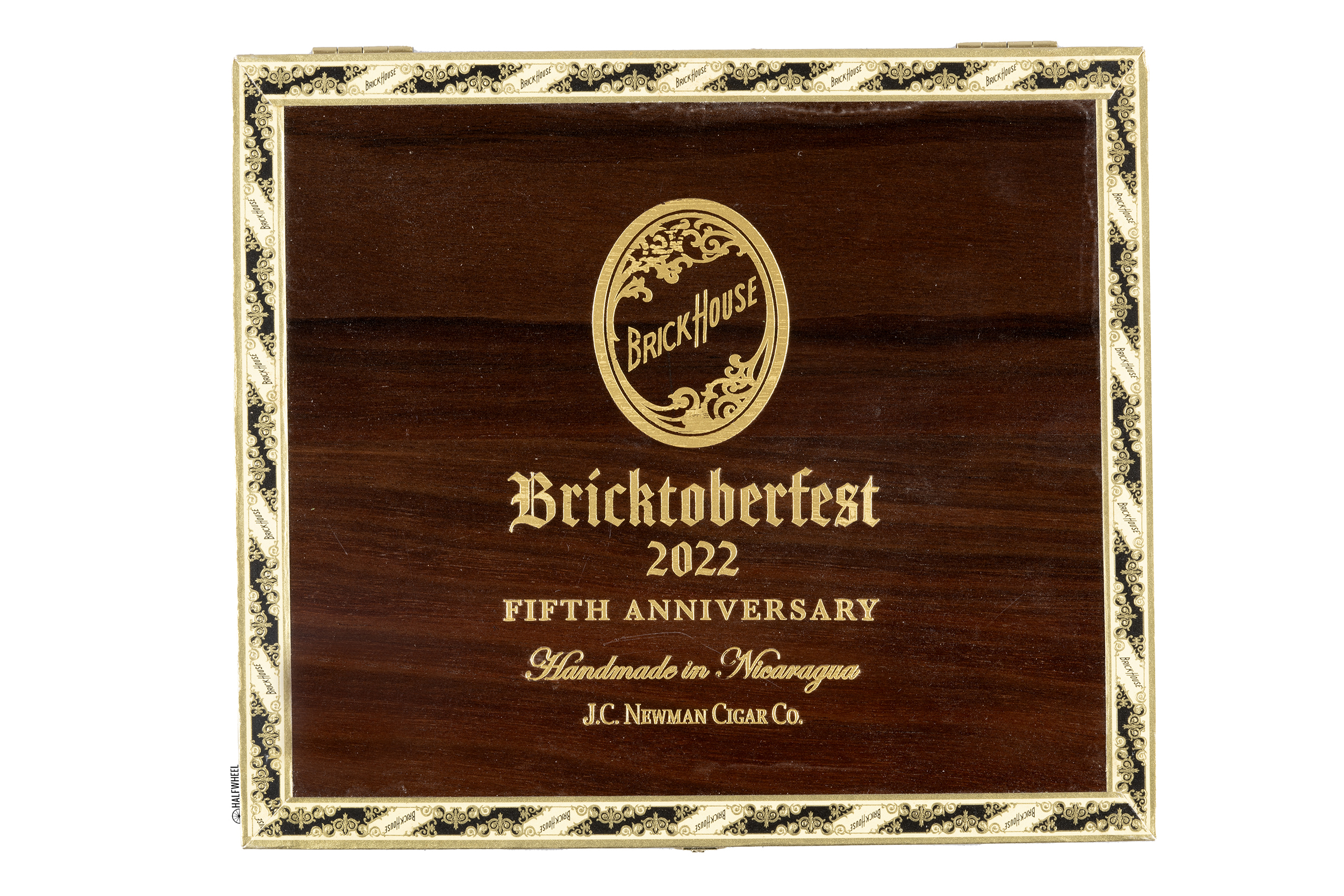 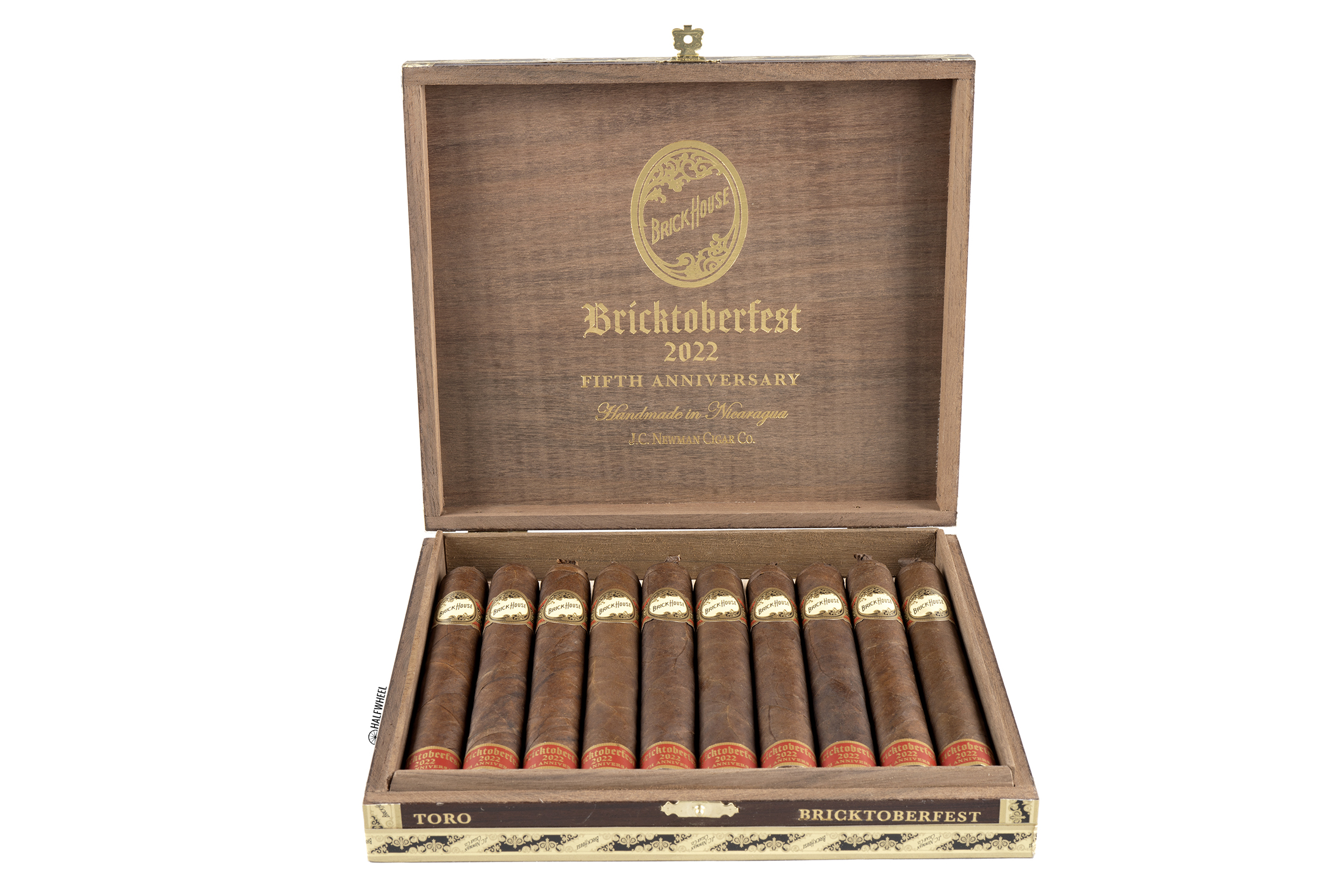 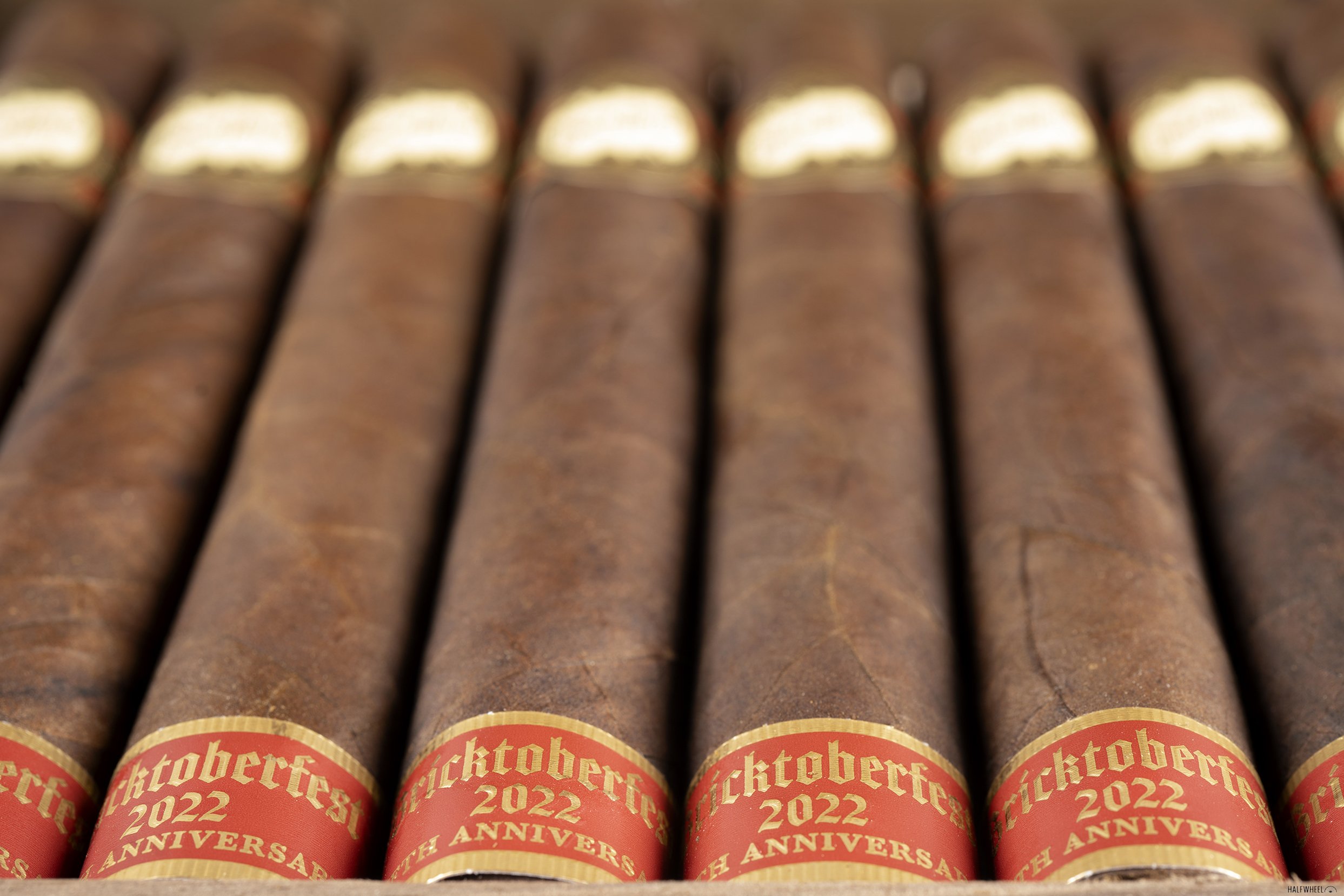 In 2017, J.C. Newman combined its Brick House cigar brand with the company’s annual Oktoberfest promotion. The result was dubbed Bricktoberfest, a promotion that rewarded consumers with a J.C. Newman-branded beer stein if they purchased seven Brick House cigars at participating retailers.

Three months ago, J.C. Newman celebrated the fifth anniversary of its Bricktoberfest promotion by shipping a limited edition Brick House cigar to 150 retailers across the country. Named Bricktoberfest 2022, the 6 x 52 toro is made entirely of Nicaraguan tobacco, including a wrapper from Jalapa and dual binders from Estelí and Condega. It has an MSRP of $10 per cigar and is limited to 1,500 boxes of 10 cigars. 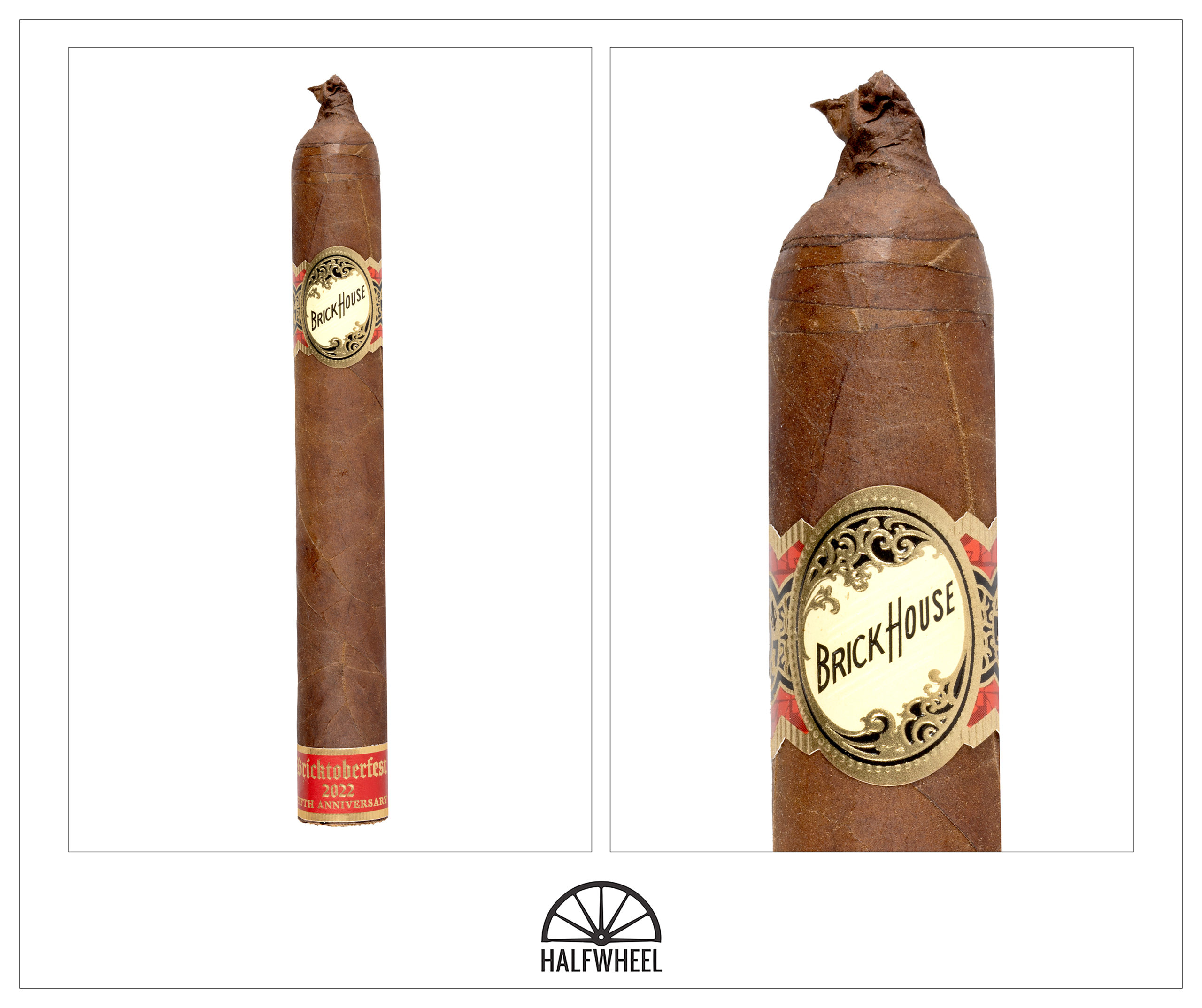 The wrapper covering the Brick House Bricktoberfest 2022 is a deep reddish-brown color and there are a multitude of veins running up and down its length as well as some noticeable oil. After a physical inspection, I find soft spots on two of the three cigars—albeit in different places—but all three cigars feature a nice give when squeezed, plenty of tooth and a pigtail on the cap that is a nice visual touch. Aroma from the wrapper starts with rich dark chocolate and earth, followed by barnyard, creamy nuts and a touch of nutmeg. The foot has more distinct notes that include more chocolate, creamy peanuts, hay, brewed coffee, slight citrus and light honey sweetness. Finally, after a straight cut the cold draw brings flavors of strong, powdery cocoa nibs, gritty earth, leather tack, dry straw and milk chocolate sweetness.

The Brick House lights up quite easily, and soon after I toast the foot I am tasting flavors of espresso beans and red pepper. However, after about 10 puffs a new combination of rich dark chocolate and leather tack easily takes over the top spots in the profile, followed by dank earth, barnyard, creamy oak, nutmeg and peanuts. In addition, there is a slight but distinct floral sweetness present on the retrohale along with some red pepper, the former of which seems to be getting stronger as the first third burns down. Flavor ends the first third just under medium while both the straight and body are at a point about halfway between mild and medium. In terms of construction, the draw is excellent after a straight cut and the smoke production is copious off of the foot, and while the burn line is a bit wonky at times on all three samples, it never comes close to needing correcting.

Flavors of creamy oak and dry hay combine to become king of the hill during the second third of the cigar, easily overtaking every other flavor in the profile. Secondary notes of cocoa nibs, charred meat, freshly brewed coffee, nutmeg, peanuts and a light vegetal note flit in and out, while the combination of floral sweetness and red pepper remain relatively constant on the retrohale. In addition, a new mineral saltiness shows up on my lips on all three cigars that stays at a noticeable and constant level for the entire second third. Flavor bumps up to a solid medium, the body remains between mild and medium and the strength increases to land a point just under medium but rising. There continues to be no issues with either the draw or the smoke production on all three cigars, but two of the three run into enough of a problem in regards to burn that I am forced to make a minor correction with my lighter on each. 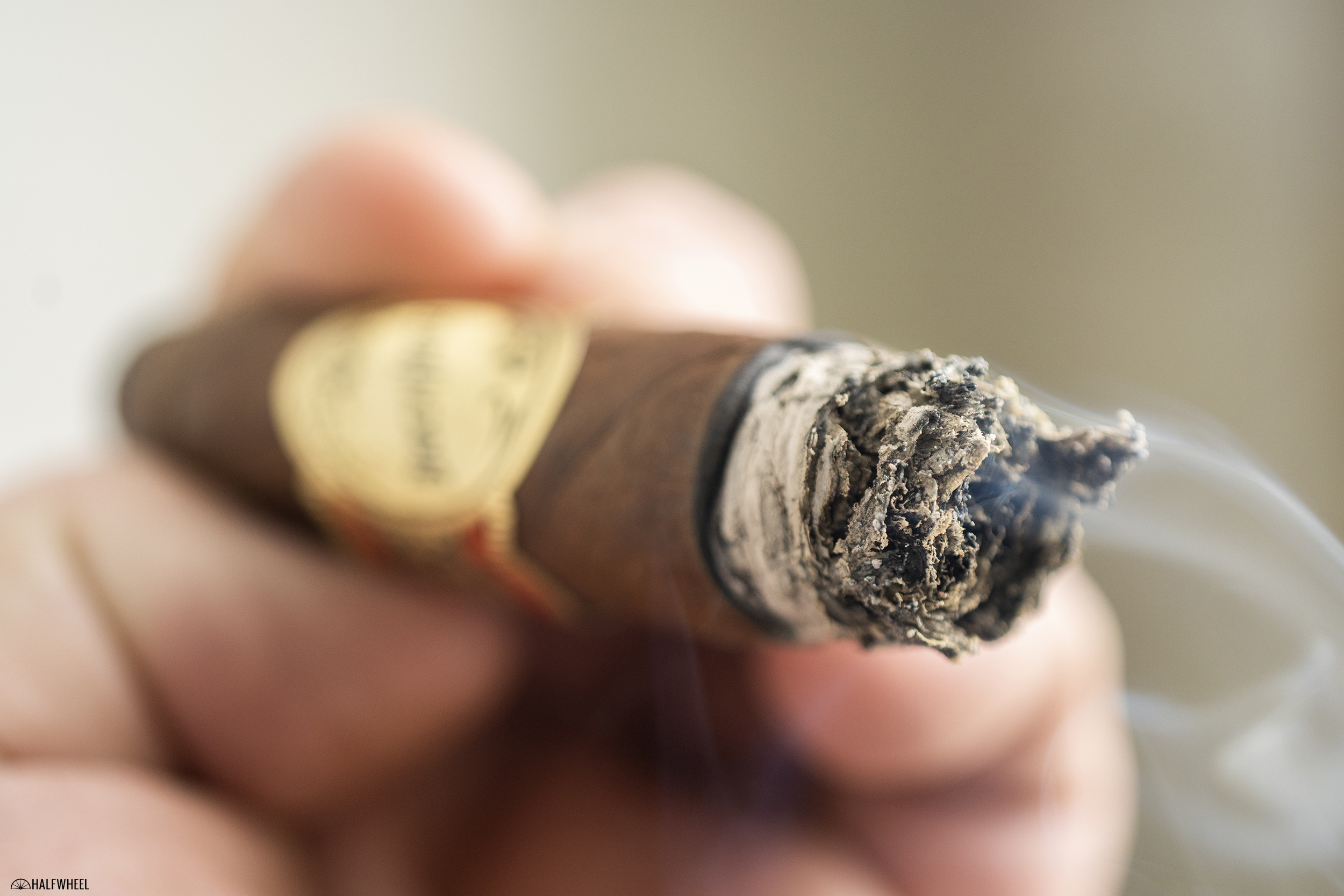 There are a number of significant changes in the Bricktoberfest 2022 during the final third, starting with the amount of red pepper on the retrohale, which increases by leaps and bounds. The main flavors shift to a combination of creamy peanuts and earth, followed by additional notes of dark chocolate, oak, nutmeg, coffee beans and very light citrus peel. Unfortunately, while the red pepper on the retrohale has increased as previously mentioned, the floral sweetness that was so prevalent during the first two thirds has receded noticeably, ending up a shadow of its former self and throwing off the overall balance a bit. Flavor ends the cigar firmly in the medium range while the body has increased to fall at just under medium and the strength hits a point just over medium. Finally, both the smoke production and draw continue on their excellent path until the end of all three cigars, but the burn on one cigar becomes problematic enough to need touching up in order to stay on track. 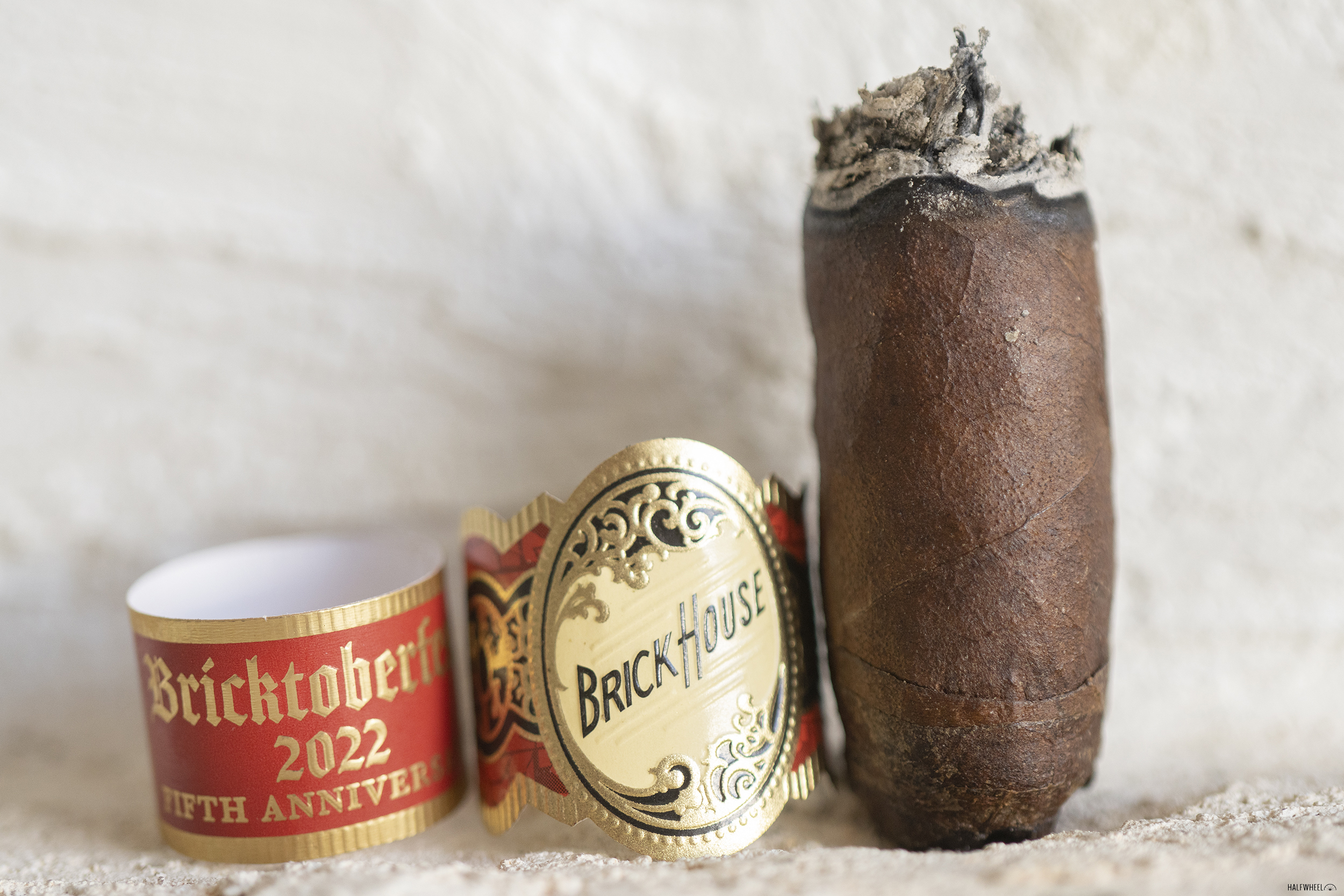 I am a fan of many creations from J.C. Newman, and the Bricktoberfest 2022 is no different in that regard. After smoking three of them, I found the blend to have some very nice transitions between each third, with the main flavors shifting from dark chocolate and leather to creamy oak and hay before ending with a combination of peanuts and earth. Having said that, there is a noticeable red pepper on the retrohale that increases noticeably in the final third, along with some floral sweetness that is at its strongest in the first two thirds before unfortunately fading in the final third, which affected the overall balance. I would be interested to see if a bit of age rounds off that edge in the final third, but even with that issue the Bricktoberfest 2022 is well worth the effort to track down.