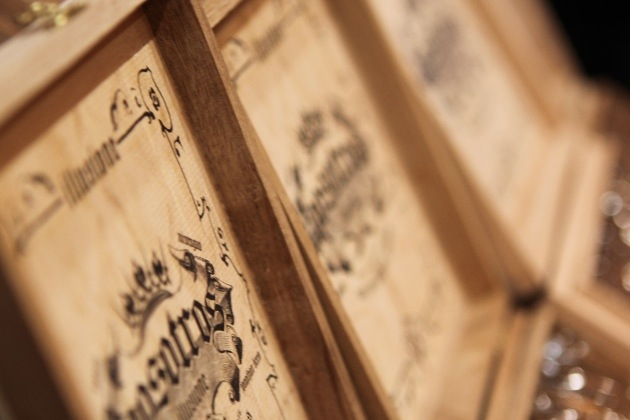 This is a bit odd, only because while I was at the Illusione booth at IPCPR, I talked with Dion about Nosotros and the overwhelming success they had with the first batch and how the second batch was going. I quote myself:

Dion also told me his partnership with Jonathan Drew was going extremely well and they easily sold out of the first batch.

Update: seems like Giolito terminated the partnership, which is what I read from the statement. Message from Dion Giolito below:

Effective immediately, Illusione cigars will no longer participate in the Nosotros brand project with Jonathan Drew DBA Drew Estate. After two and a half years, terms for a product delivery date still could not be negotiated. The Nosotros brand/trademark dies in the Drew Estate Factory as per Contractual agreement, and will not be made outside of the factory where it originated. – Dion Giolito, Illusione cigars

In addition to getting an iPad earlier, Drew posted this on the BOTL.org forum:

That is the story of working in the “Heavy Leaf” business, my friends. One is constantly learning about tobacco and the business which surrounds it. Dion is a good friend, an exception(al) tobacco blender, and an asset to the industry. I will miss working on the project, quite honestly. JD

Emerson’s had this up first.