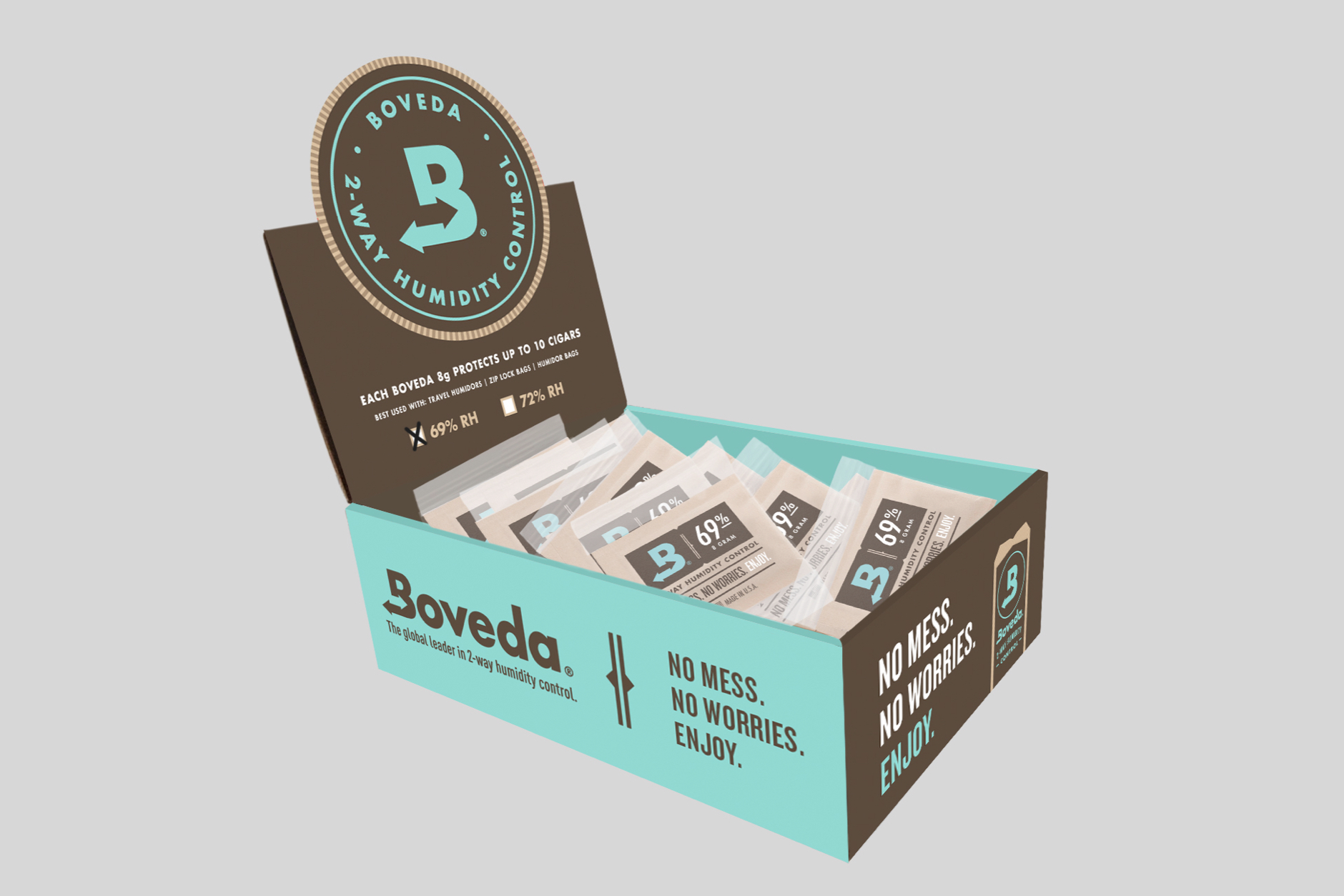 Boveda will now be packaging its 8 gram pouches in a new container.

The 100-count cardboard boxes measure 9 x 6.5 x 3.125 inches and open to a full 10 inches. Inside each is 100, individually-packaged 8 gram Boveda packs. Previously, Boveda sold the smaller packs in large bags and the individual packs were not wrapped.

Boveda hopes the new method will allow for easier display and sale by retailers. The company says the 8 gram packs are capable of humidifying up to 10 cigars in a sealed bag or travel humidor.

Retailers will be able to order master cases which contain four cartons of 100.