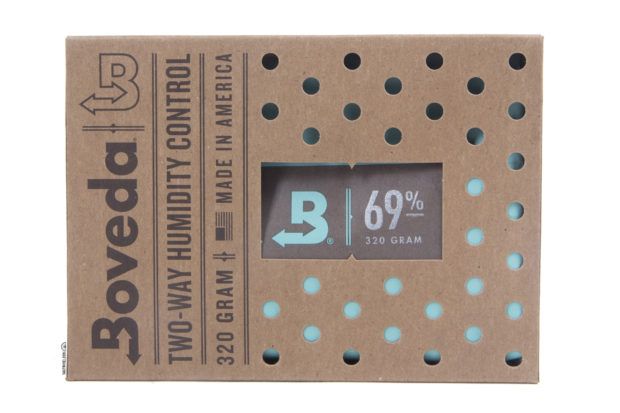 For many years, I’ve joked that Boveda should create a bed pillow-sized packet for cabinet humidors. It seems my efforts might have paid off as last year Boveda introduced a new, larger version of its namesake product.

It’s called the Boveda 320 Gram ($18), a unit whose name refers to its weight, which is largely due the amount of water in the packet. For context, the company’s standard packets, pictured top left below, are 60 grams and priced at $4. 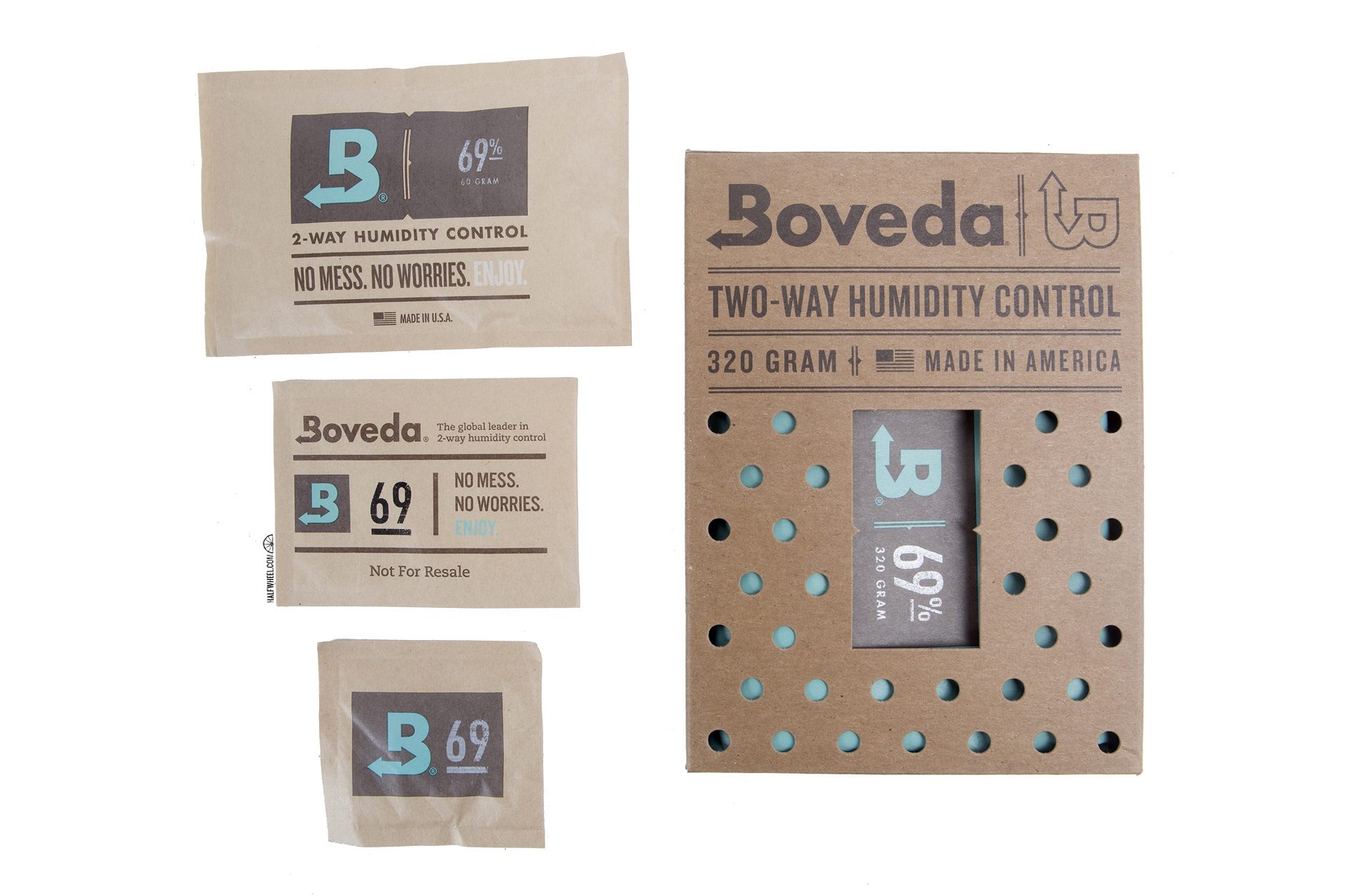 For those unfamiliar with Boveda, the Minnesota-based company, once known as Humidipak, is celebrating its 20th year in business this year. The company makes pouches, using a paper exterior and salt water on the inside. It holds patents on a couple of technologies, mainly the idea of a portable and permeable membrane for this sort of humidification.

The product works by using a specific amount of salt to control the humidity release. That, mixed with a proprietary gumming agent and the permeable paper body, means the unit is able to not only release humidity, but also absorb it. Boveda calls the two-way humidification one of its main selling points, and is something no other humidification product that I have used has been able to replicate. 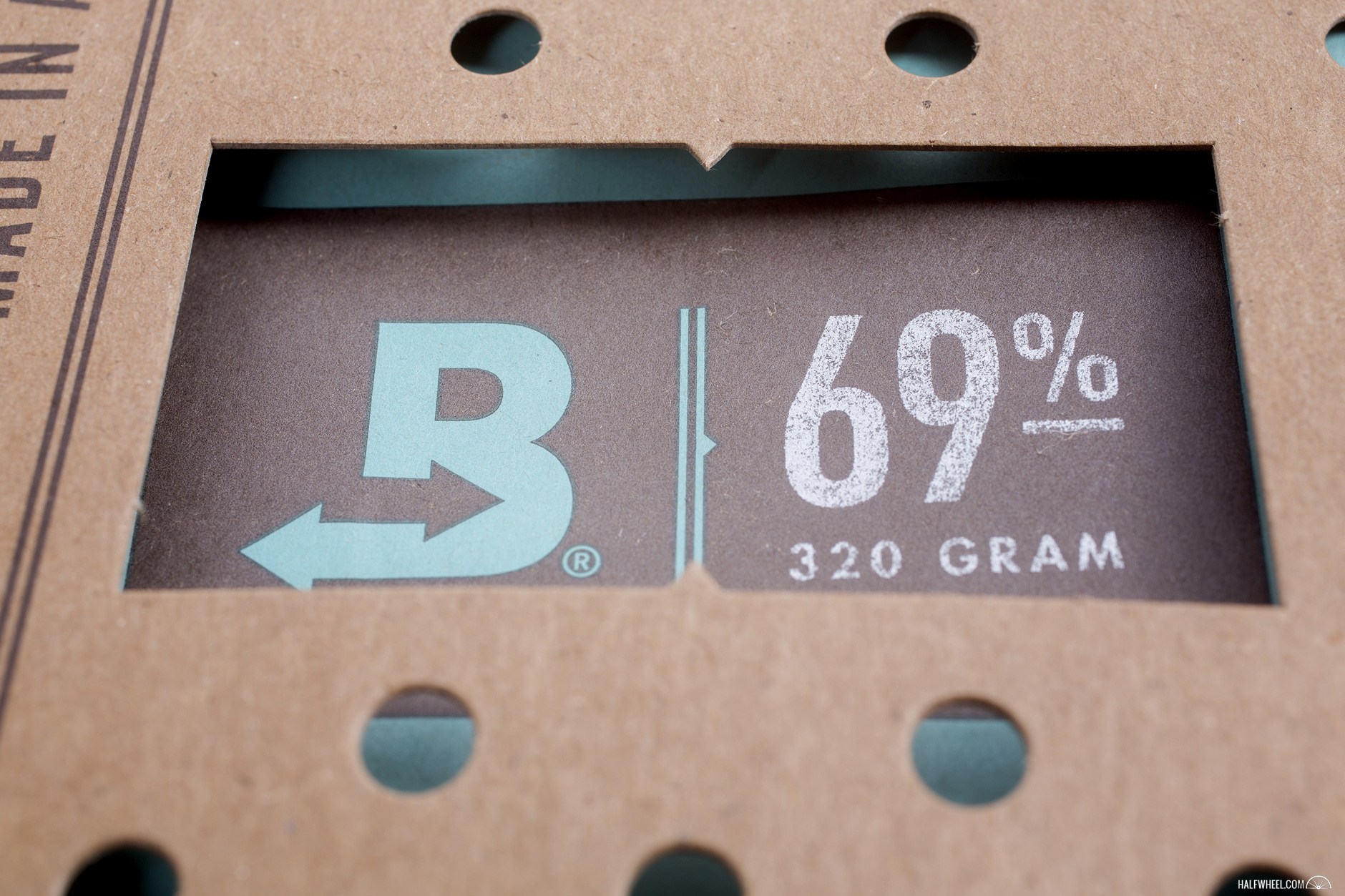 In theory, if you buy a 69 percent Boveda not only will it release humidity until your humidor measures 69 percent, but if you place it in a sealed container with a bowl of water, the Boveda will actually get heavier, absorbing the evaporated water in the container. This is the reason why many cigar manufacturers ship their products with Boveda—it’s not so much to humidify the cigars, but rather to absorb any excess moisture, something that can be particularly problematic when shipping during rainy seasons or into Miami.

Cigars are not Boveda’s only business, however. It also sells the products to musicians, for food storage and increasingly for marijuana storage. As such, the company offers its packs in a wide variety of preset humidity levels:

It measures 6 3/4 inches wide, 5 inches tall and .82 inches thick. Unlike all other Bovedas, which are just pouches, the 320 Gram is packed in a cardboard pack that is not intended to be removed. The cardboard has 33 holes on the front and 20 holes back, with a larger opening in the center that displays the Boveda Logo and humidity level. The back also has four rectangular cut-outs for an optional magnetic mounting plate ($18). 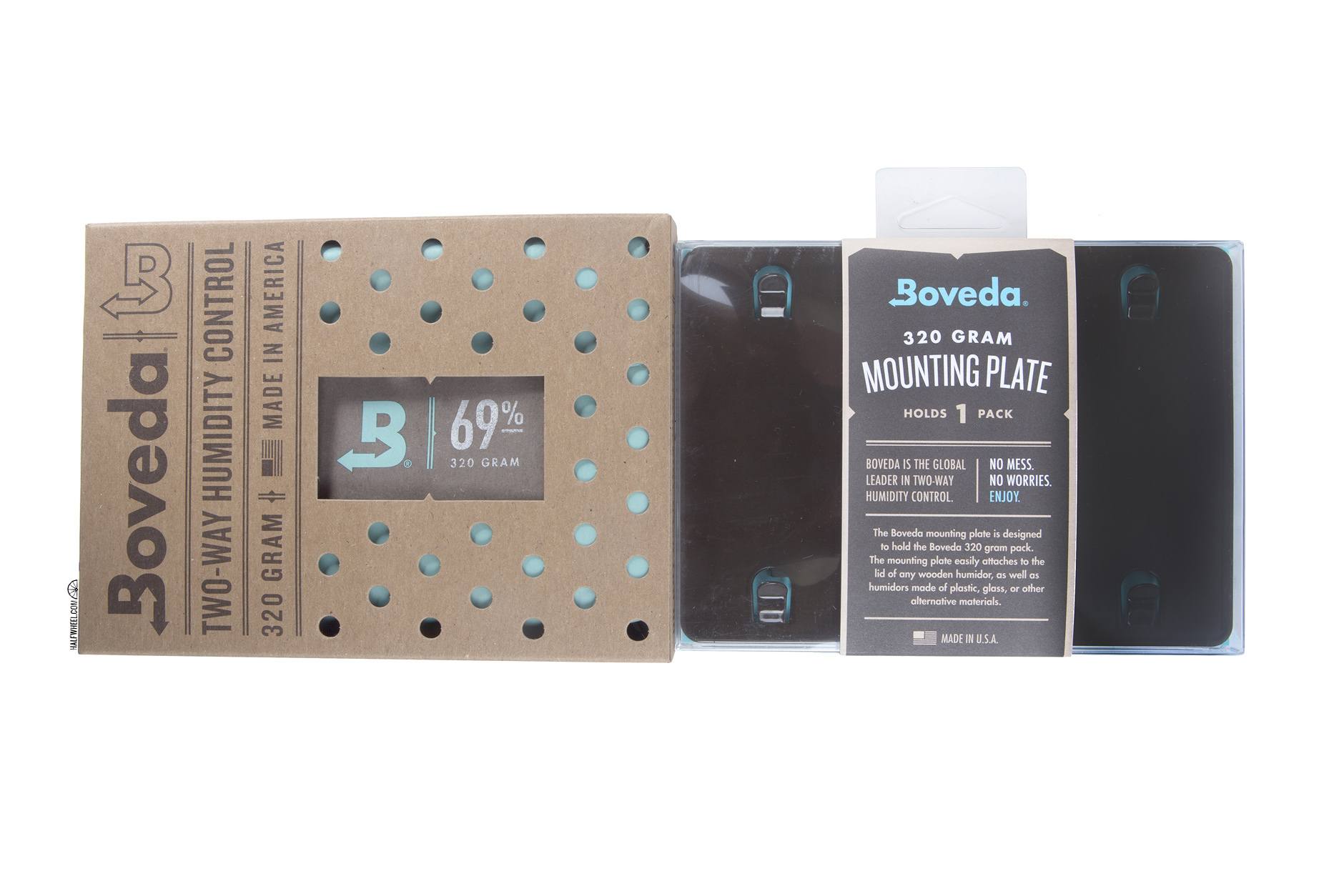 If you do go for the mounting plate as I did, there’s a bit more work, including one optional step. 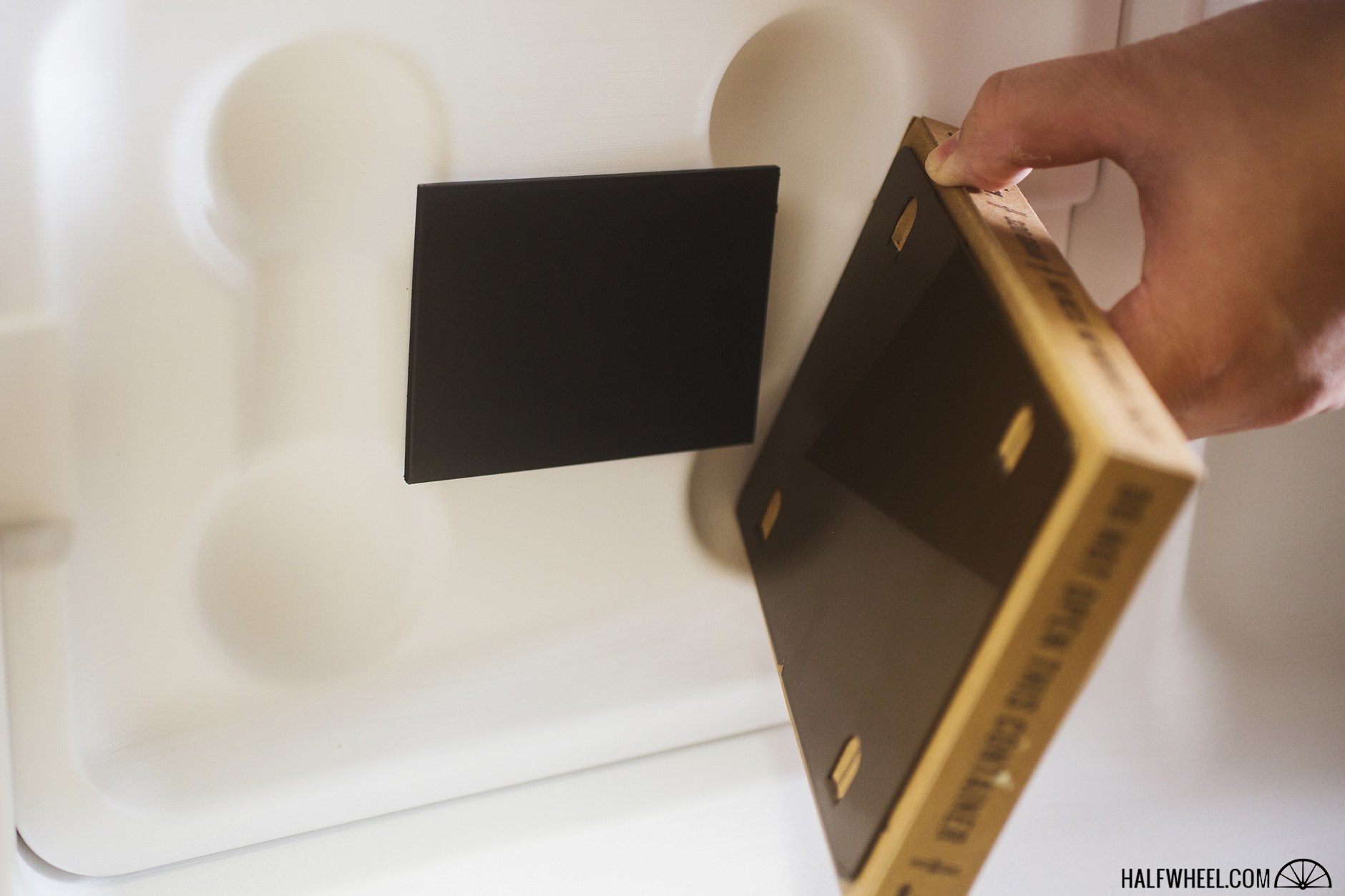 I know that it says nine steps, but if you did not intuitively understand how this works, we probably have larger issues.

I’ve been using a few packets throughout our coolers for the last three months and they work like any other Boveda. Our units all weighed around 350 grams when new and the lowest one reads 286 grams, getting used in a 165-quart cooler that I open 1.5 times per week on average. Given these results, particularly during the drier winter months, I’m led to believe that I’ll get at least a year’s worth of use out of the 320 Gram, which isn’t bad for this size environment. 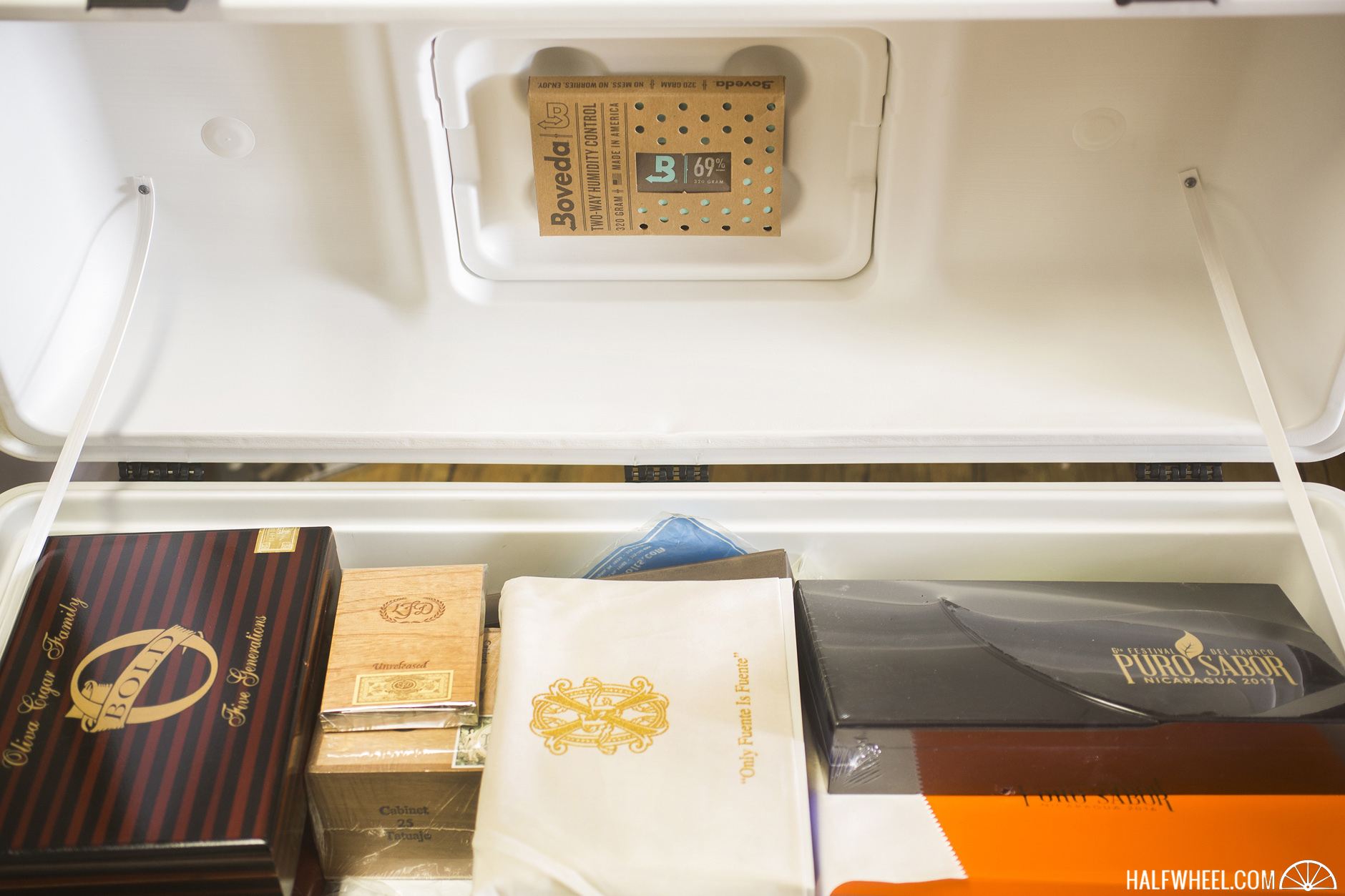 That being said, the mounting plate still isn’t sticking, even after a bit of sanding.

I suspect that’s due to three things, none of which are really Boveda’s fault. First, I’ve attached it to the lid of my cooler and the adhesive plate’s surface area isn’t fully in contact with the cooler because of ridges in the lid. Second, I didn’t sand originally, so some of the adhesive probably already dried from earlier failed attempts. Finally, the lid of the marine cooler comes down with a lot of force. In fact, I’ve been able to slam it down and have the Boveda’s magnetic mounting plate detach from the metal base.

If you have the same Igloo cooler I have, I’d recommend mounting the unit to the inside of the cooler. I think the incomplete surface area is going to doom even the best of efforts, unless of course you decide you want to add additional glue or some other solution for a metal plate. 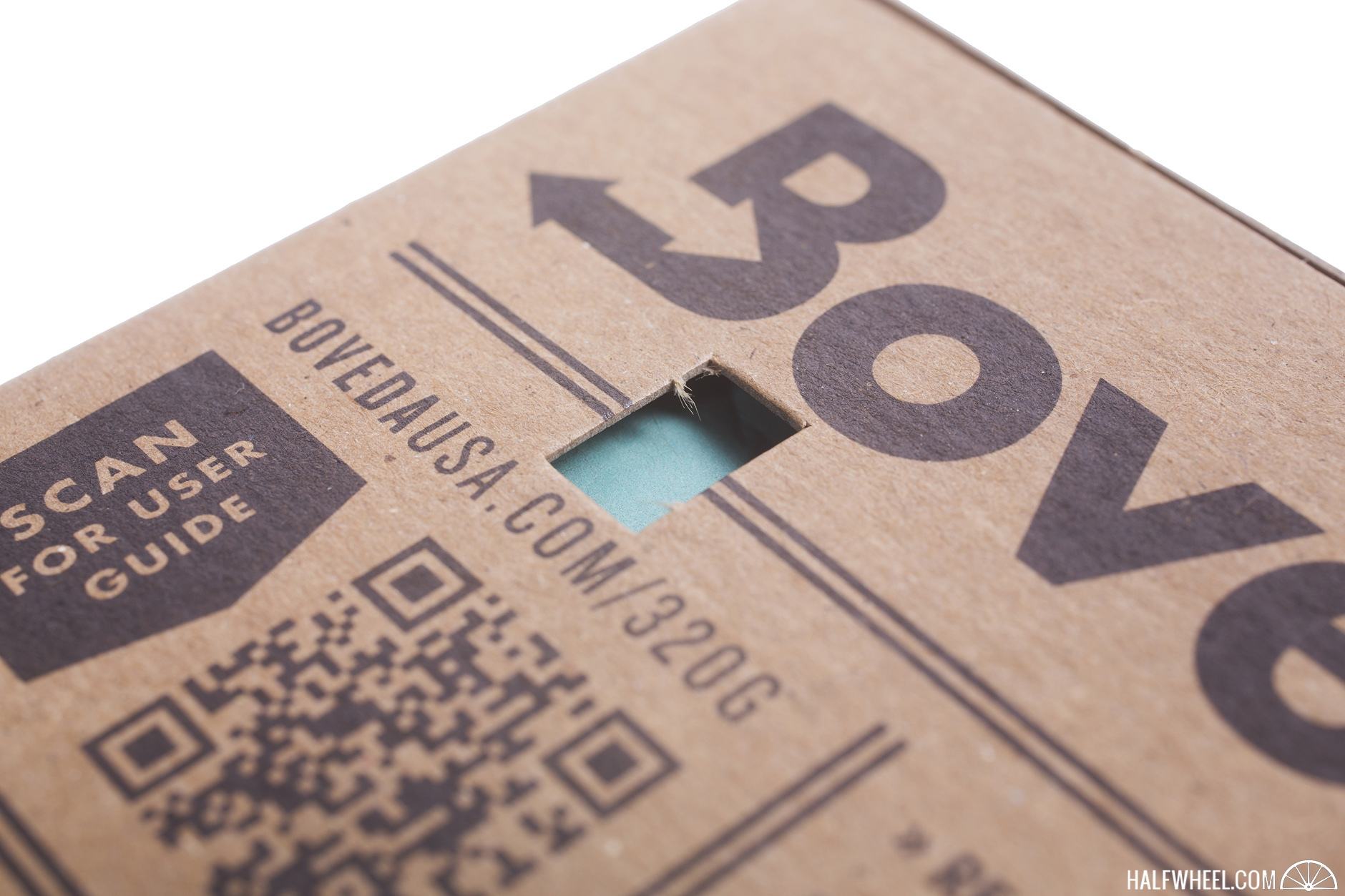 I still haven’t come up with a controlled measure to test evaporation of products like this, something I’d love to do in a more practical setting than throwing it in the refrigerator crisper so I could really see how much longer this would last than a 60 gram unit, but I think it’s safe to say that it will be somewhere around five times the lifespan of one.

As for the humidity control aspect, it’s like any other Boveda product: near perfect in a sealed environment and within .1 or .2 percent relative humidity in a more realistic scenario. 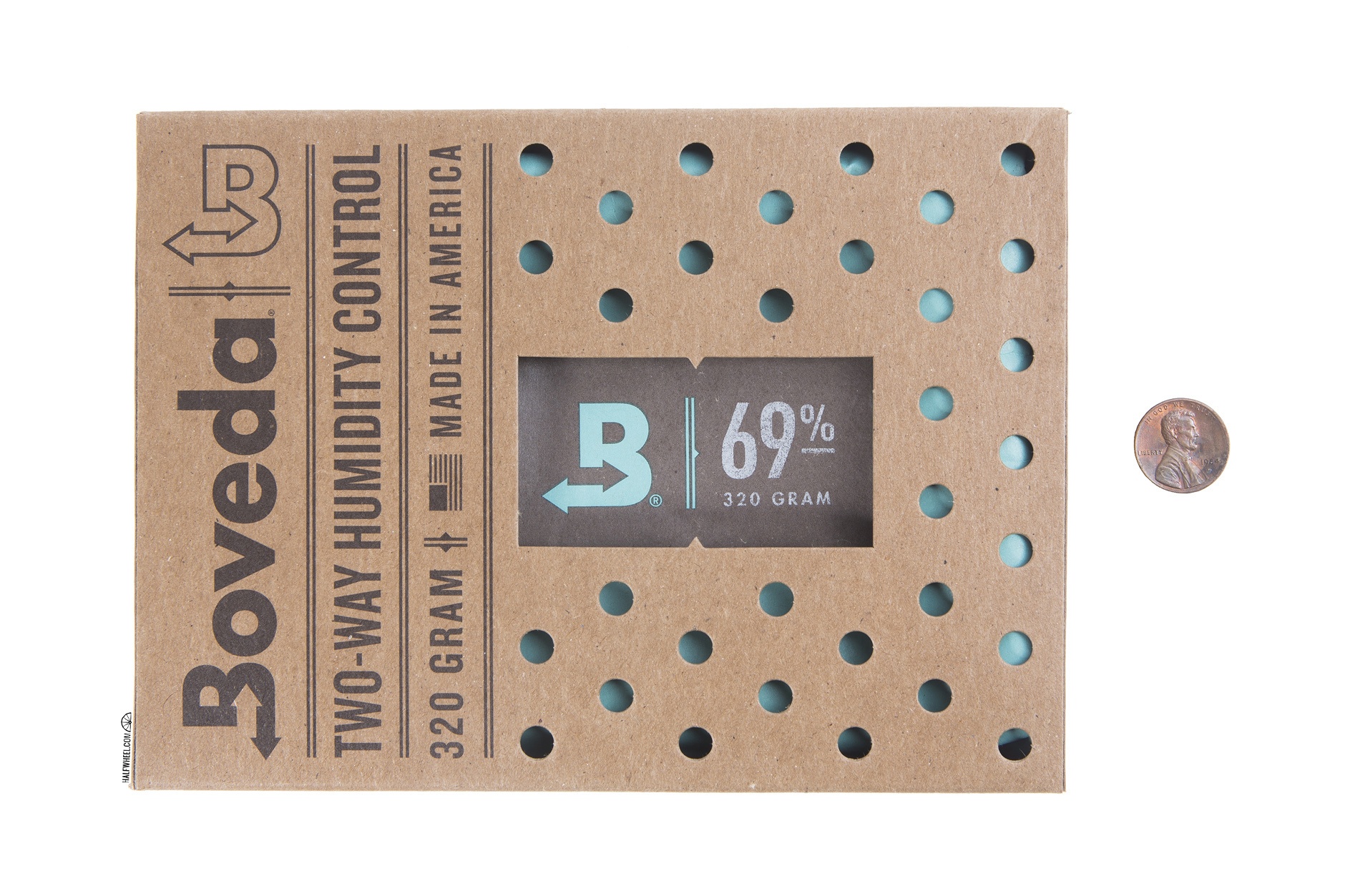 If you have a cooler, particularly one that you don’t open very often, this is a great solution to a problem that didn’t exist. Most of the halfwheel office coolers, even those that get opened a bit more frequently, are being converted over to the larger Boveda packs, but with additional 60 gram packages. While Boveda doesn’t recommend mixing relative humidity levels, placing smaller and larger packages at the same humidity levels is perfectly fine. And that’s what we are going to do; the 320 Gram will be the center mounted main humidity source, while smaller packets will be placed on the floor in the corner. It’s really not any different than our previous method of dumping 10 or so 60 gram packs in the cooler and forgetting about it for two years, though it might be slightly cheaper and look a bit better.

However, if you’re not using a cooler, I’m not sure this will be your best option. Even in the largest of desktop humidors, I think this will take up a lot more space than is worthwhile. If your humidor comes with a magnetic lid and a deep enough lid, I could see some of the 250-300 count humidors perhaps benefiting from this, but even in the largest humidor at the office—a 160-count Diamond Crown humidor with a magnetic lid—it looks comical with this thing attached. Consequently, if you have anything larger than that, electronic humidification is probably the way to go. 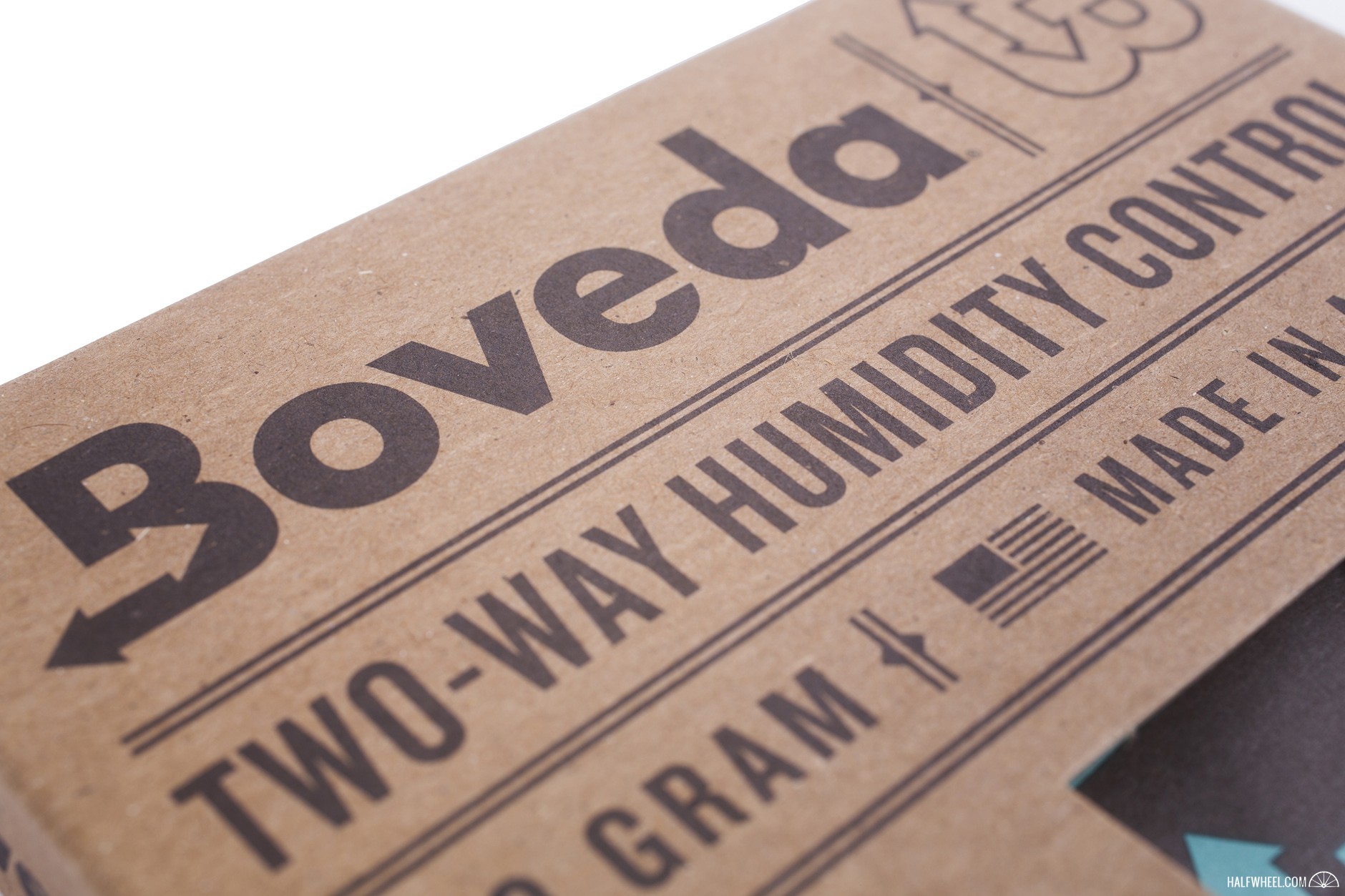 There’s a reason why every member of halfwheel’s staff uses Boveda for most of our personal humidors. It. Just. Works. While I was certainly paying attention to anything abnormal, the three units I tested performed just like the hundreds of 60 gram packets I’ve used over the years: flawlessly. I think the 320 Gram is a sweetspot in at least one segment of the market. The $18 mounting plate isn’t necessary and may be more an annoyance than anything else, but it’s a nice option to have for those looking for a bit more elegant solution. Other than that, if you own a cooler this is a slightly cheaper way to humidify your cigars than with 60 Gram packs and there’s not really anything to add.

Disclaimer: While Boveda routinely sends us 60 gram packs, all items for this review were purchased at full price.