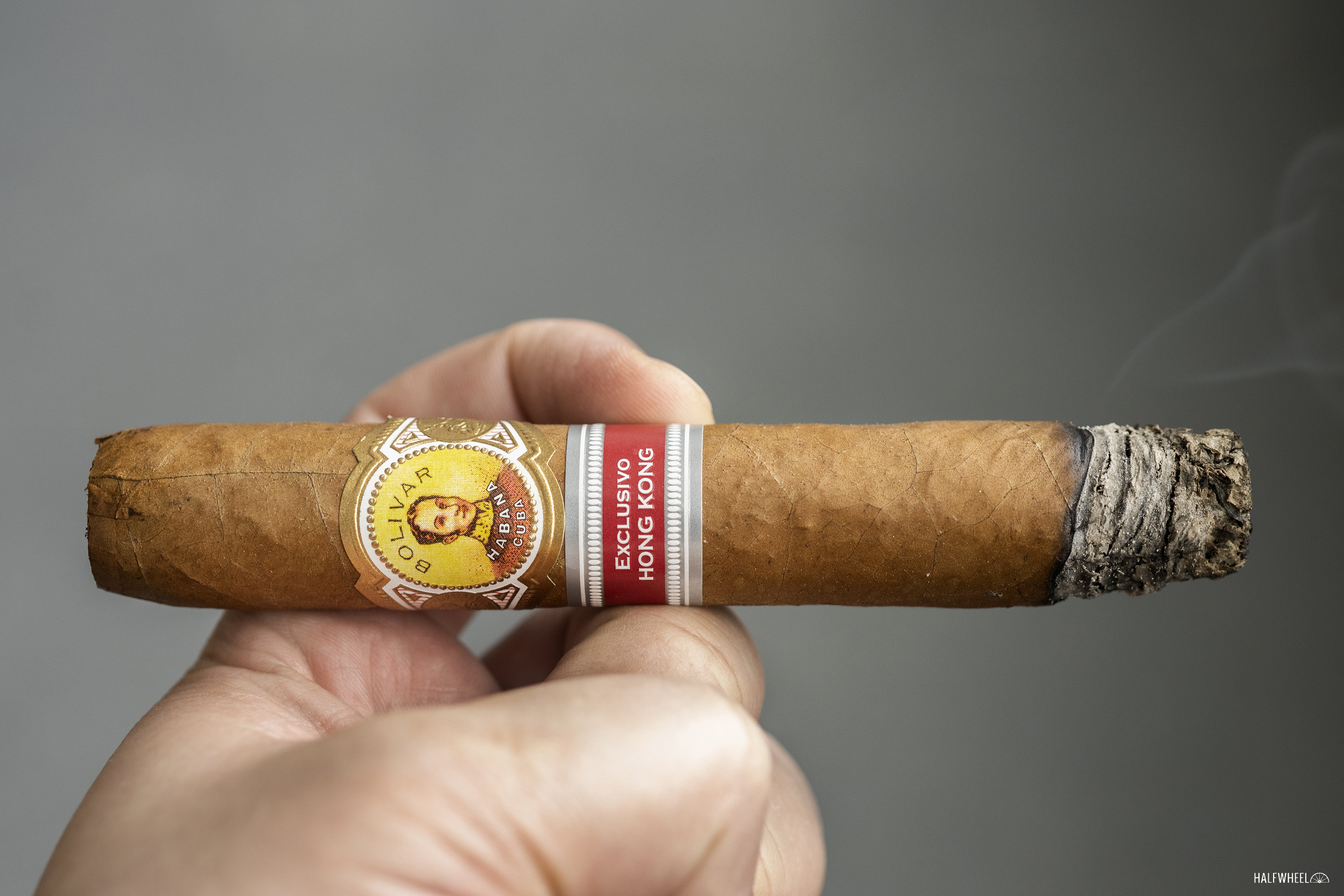 While I’m sure someone would disagree, in my mind, the most important Cuban cigar distributor today is Pacific Cigar Co. Ltd. According to Habanos S.A, the Asian distributor is responsible for the distribution of Cuban cigars in over 30 countries, which more or less covers all but a few of the Asian countries where Cuban cigars are sold.

It was started in 1992 by the late Sir David Tang and has grown to dominate the Asian cigar market, as well as having an outsized role in the overall world of Cuban cigars. In 2017, it celebrated its 25th anniversary, though the celebration was overshadowed by Tang’s passing that August.

That year, Habanos S.A. broke its protocol with the Edición Regional program and allowed for Pacific Cigar to commission two Edición Regionals as part of the program. Distributors have only been allowed one per year since 2012, but Pacific Cigar received a second with which to celebrate the 25th anniversary.

Both cigars were named Silver Jubilee, a reference to 25 years being the silver anniversary. And as is the case with most Edición Regionals these days, neither was released in 2017. 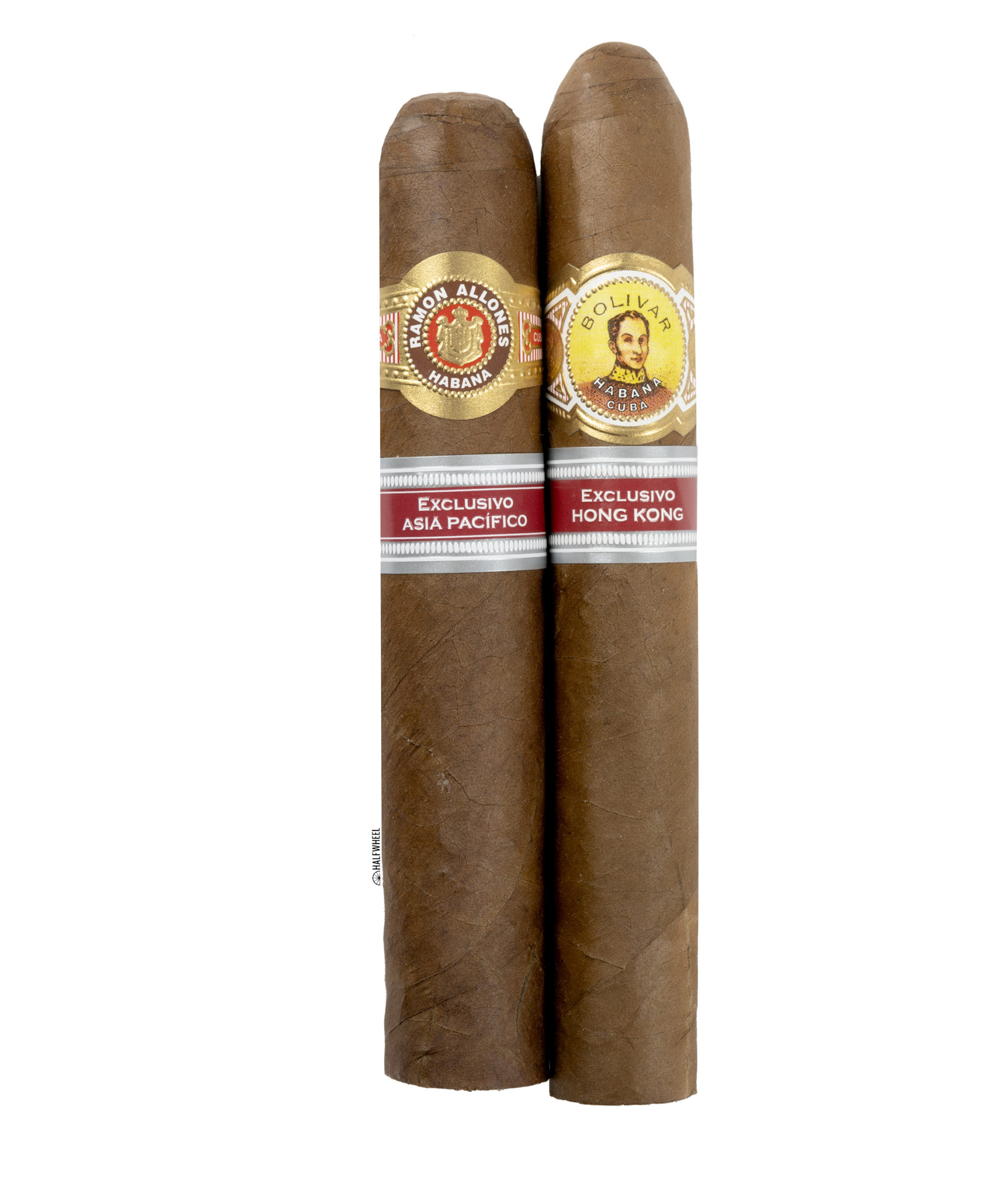 The Bolívar is a rather peculiar vitola because it has a 109-style cap, which is a hybrid between a normal round parejo and a tapered belicoso. Rather than coming to a point, the 109-style caps create a softer taper. It’s a cap that Habanos S.A. has typically used on much larger cigars—measuring 7 1/4 x 50—and thanks to increasing popularity, many non-Cuban manufacturers have used it on other sizes.

Pricing for the Bolívar was announced at HK$8,100 per box of 25, which was roughly $1,032 in mid-2018. The Bolívar was first released in late 2018 as part of a special humidor that included a box of each Silver Jubilee release, a limited edition Havana Club rum and two etched glasses.

Individual boxes began shipping later. Cuban Cigar Website lists this cigar as an “early 2019” release, though the box codes for these cigars were from September 2019. 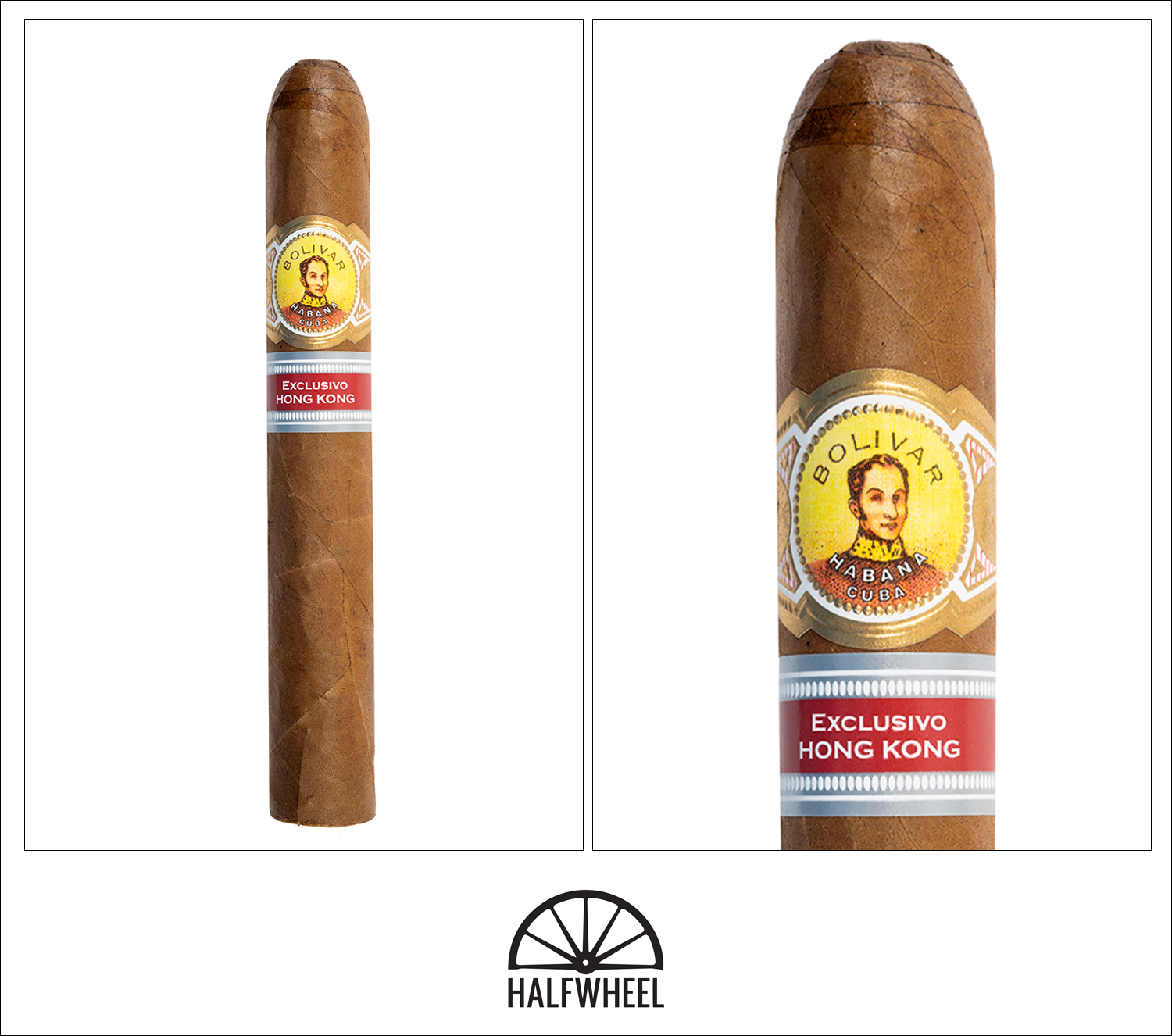 I imagine that Brooks Whittington would love this size. He’s a big fan of the 109-style cap but sometimes you don’t have the time to smoke a Churchill-sized cigar. The Silver Jubilee solves this problem, though if I’m being honest it reminds me more of an OpusX Super Belicoso than the traditional Conde 109 size. While the size might be great, the overall appearance of the cigar is not the best. The wrapper lacks some of the vibrant hues I see on the prettiest of cigars. Furthermore, it would appear that the wrappers on the cigars we purchased are super fragile and there’s some tears in a couple of the samples, though I opt to not smoke those for review. Aroma from the wrapper is medium-full with lots of acidity over some mineral flavors. To be honest, it smells like human sweat. Fortunately, the foot is a lot better with a smell that reminds me of Corn Pops cereal with some creaminess and floral flavors. The cold draw is full and retains some of the Corn Pops, though there’s a lot more oatmeal. Behind the two dominant sensations is cinnamon, Thai basil and a bit of a floral flavor.

The Bolívar Silver Jubilee begins with oatmeal, leather, lime and creaminess. It’s got a draw that is a bit tight and the smoke production is below average, but a few puffs later and the cigar is producing a pretty normal level of smoke. The profile is led by oatmeal and white pepper over secondary notes of garlic powder, creaminess and some sourness. Retrohales have saltiness, leather, white pepper and green grapes. While there’s a decent number of flavors, it’s challenging to separate where the initial flavors start and where the finish of each section begins as everything seems to require a few seconds to get going. Flavor is medium-full, body is medium-full and strength is mild-medium. Even with the normalization of smoke production, I still find the draw to be a bit tight with no signs of changing. It’s certainly not anywhere close to a level I would describe as “plugged,” but it definitely could be better on all three samples.

There are changes for both better and worse in the second third of the Silver Jubilee. It’s earthier with a sharp soy sauce accent, leather, creaminess and a bit of lemon. There’s also defined separation between the main flavor and the finish, the latter has a mineral quality, harshness and a watered-down lemonade flavor. Retrohales add both more of the roughness and bread flavors. It’s a bit choppy, something that is no doubt accelerated by the roughness. The best part of the profile—and the part that makes me want to retrohale more—is the finish of the retrohale, which has a vibrant oak flavor on top of a generic sweetness. Flavor is medium-full, body is full and strength is medium-plus. While the smoke production remains and burn remain fine, the draw is tightening even more, which isn’t a great sign. The final third of the Bolívar Silver Jubilee is the most enjoyable thanks to a real smoothing out of the profile. Fortunately, it doesn’t lose any of the flavor intensity. Instead, there’s a vibrant creamy flavor over some nuttiness and leather. It’s a combination I have had before, but its lack of uniqueness doesn’t make it any less enjoyable. The finish is also creamy, though accented by earthiness and pizza dough. Retrohales have an even stronger creaminess, though there are floral flavors breaking through at times. After retrohaling, there’s a finish of vanilla, creaminess and some mildest spices. Whereas the retrohale’s finish was my favorite part of the second third, it’s my least favorite part of the final third thanks to a bit of roughness. Flavor remains medium-full, body is medium-full and strength is medium. While I never have to touch up the cigar, the draw continues to tighten on two samples. If the draw was this tight in the first third I would be concerned, but fortunately, it’s the final third and I’m able to more or less smoke the cigar down to the point I would like.

On one hand, I think the Silver Jubilee is a pretty easy to cigar to light up and not think about it. Save for some of the rougher parts of the second third’s retrohale, it’s a pretty straight forward experience that I enjoyed smoking more than this review might lead you to believe. But, it’s also quite clear that the cigar needs more time to let the flavors find their best performance. And while I have no doubt that the flavors will improve with time, the draw—which tightened pretty noticeably on two samples—isn’t going to get better with time. Obviously, my limited sample size isn’t necessarily indicative of every Silber Jubilee that was rolled, but it certainly creates a bit of caution for whether I’d recommend paying $40 per cigar—a price that likely will increase with time—to take a chance on these getting really good from a flavor perspective. I really like the size, but the draw is preventing me from a full-fledged recommendation. Welcome to the Edición Regional program.