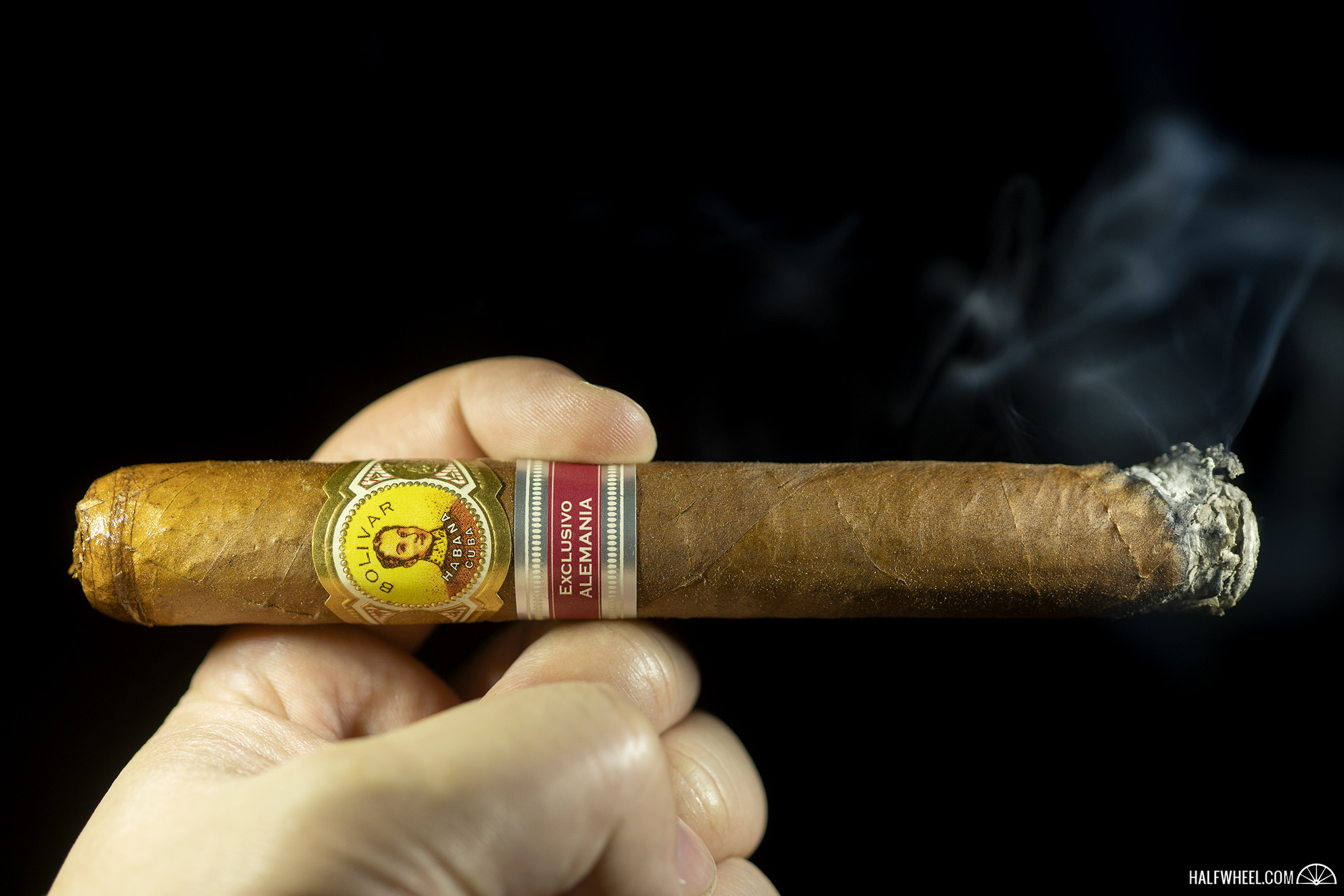 There have been 15 Germany Edición Regionals to date. As it turns out, it took us 13 years to review the first two of them.

In 2006, Habanos S.A. and 5ta Avenida, the German distributor of Cuban cigars, released the Bolívar Colosales and the Por Larrañaga Lonsdales. The Colosales, Spanish for colossal, isn’t quite a size that might warrant the word, measuring just 6 1/10 (155mm) x 50, slightly longer than the standard toro size.

It also hasn’t been the only time the size was released in the Bolívar marca. Just two years later, Switzerland received the Legendarios, which was the same size. Outside of the year, country and name, one other difference was the packaging. The Colosales was limited to 1,200 cabinets of 50, whereas the Legendarios was released in boxes of 25. 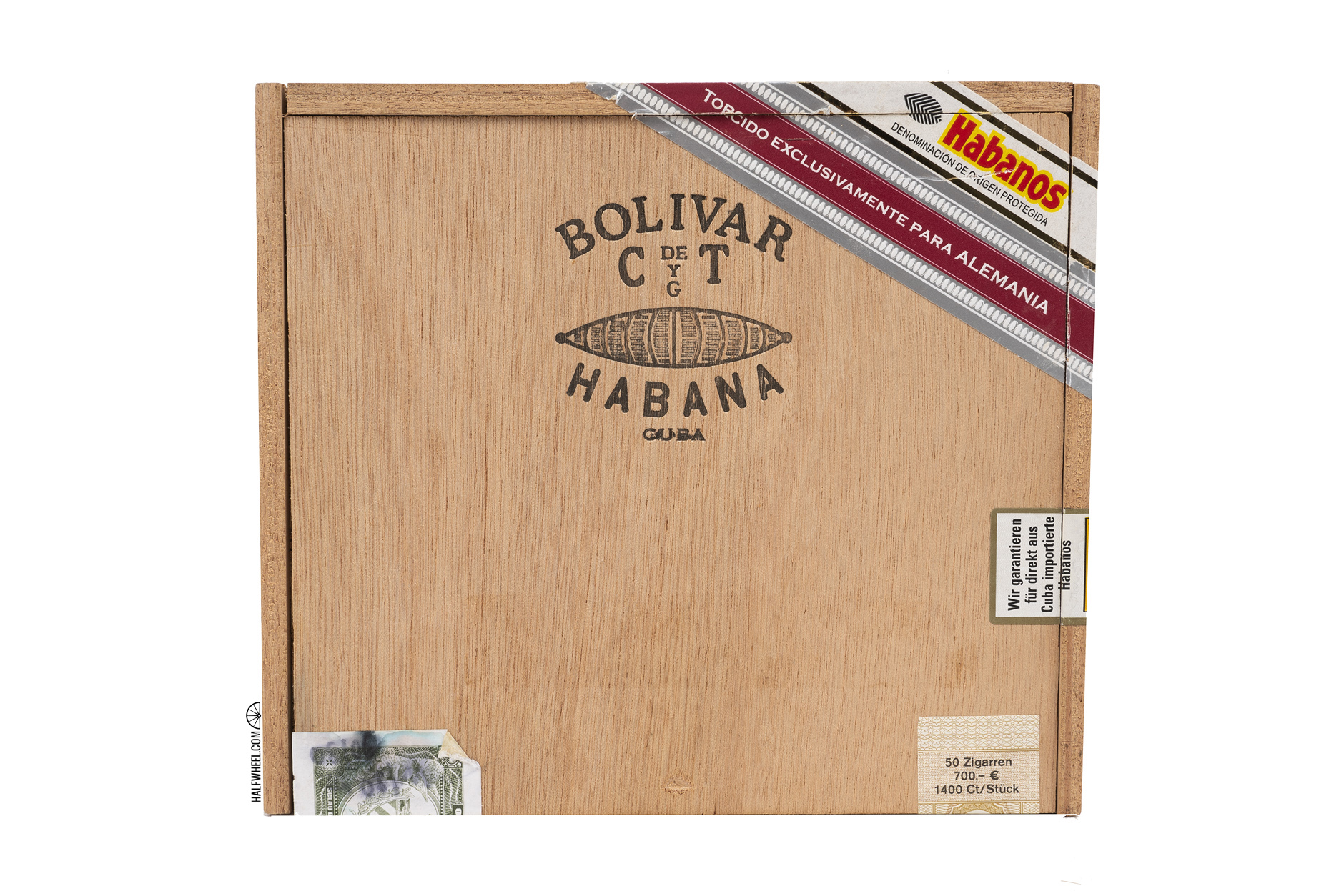 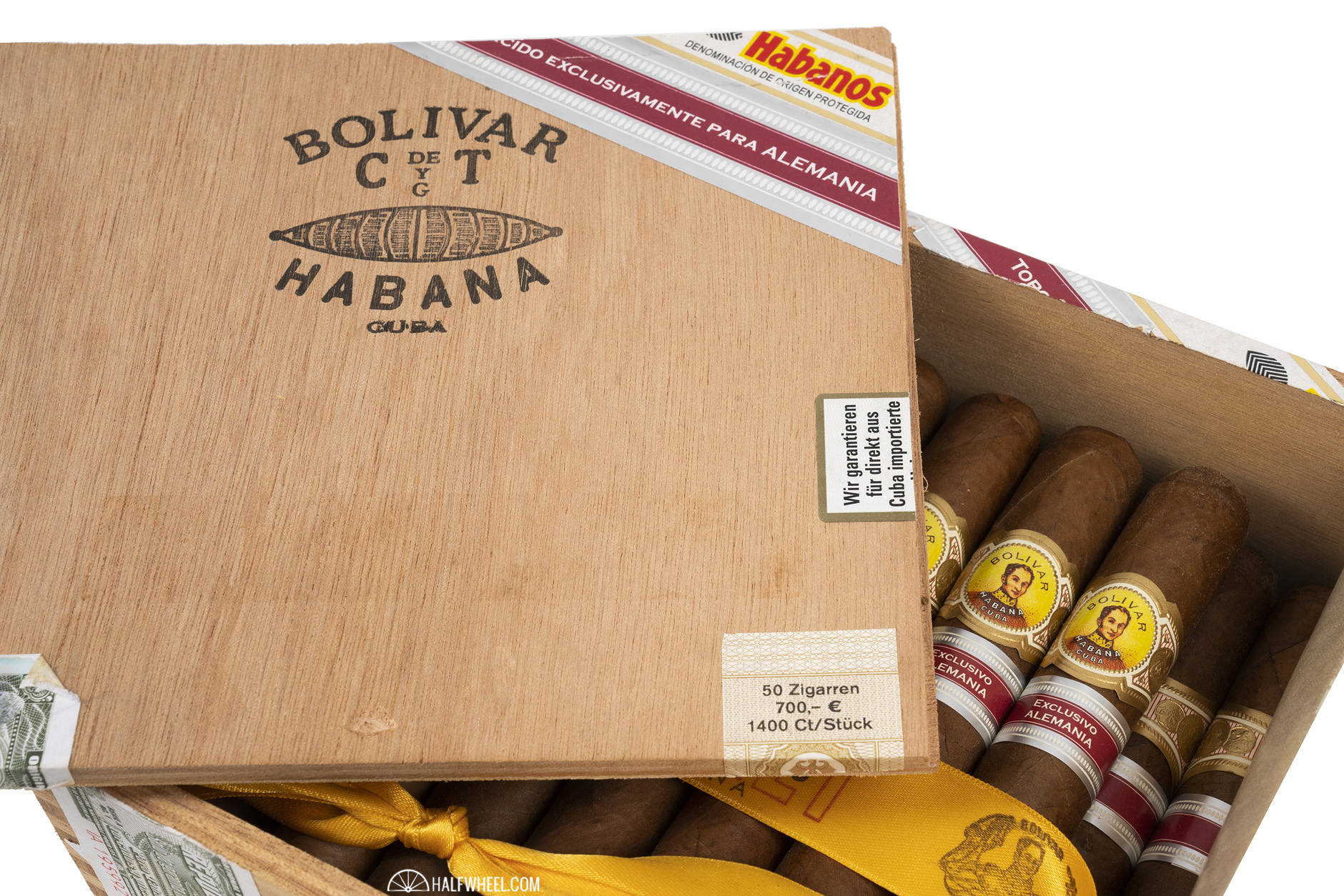 The 15 German exclusives are. 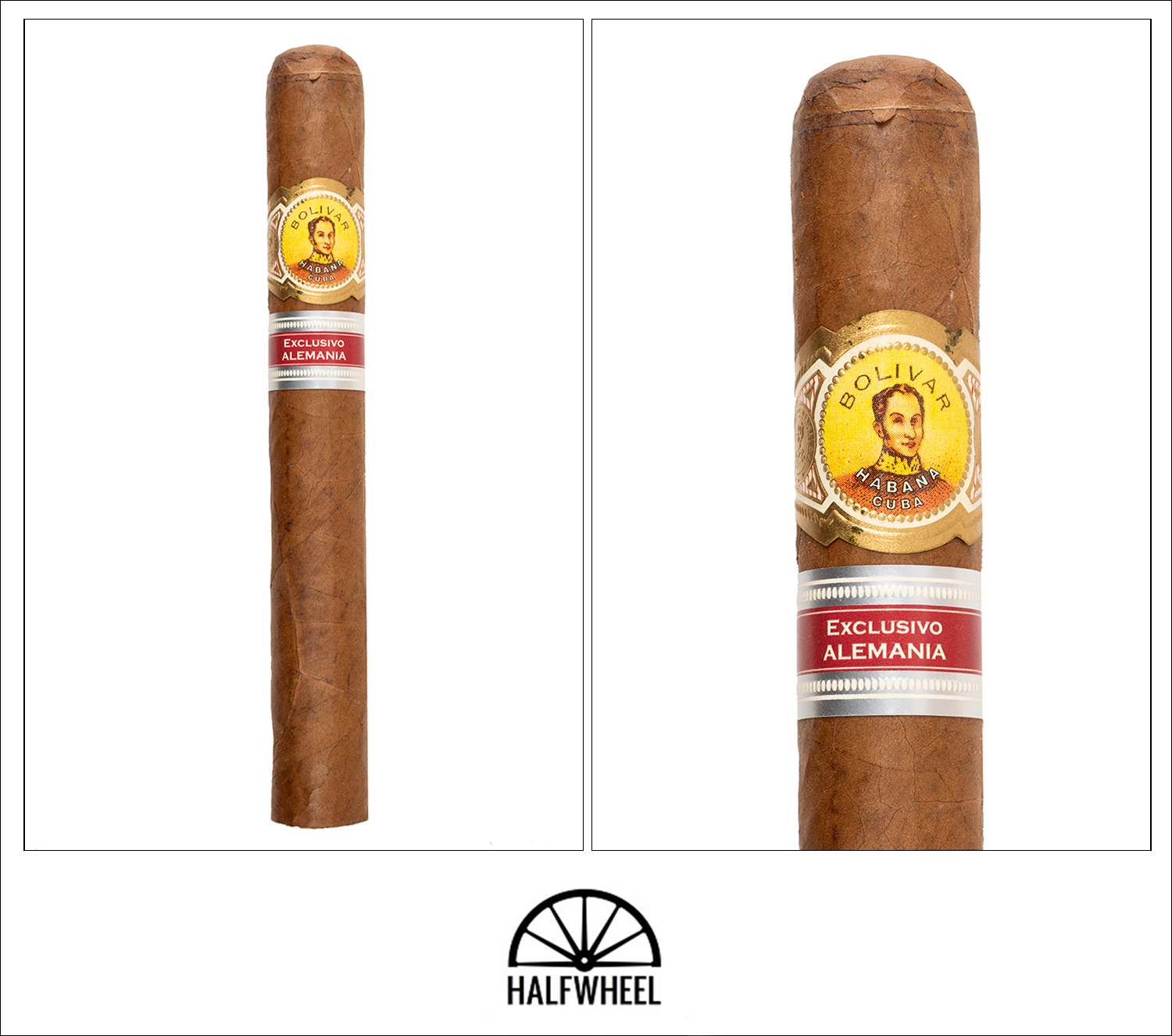 If you said I was going to smoke a cigar whose name translated to colossal, this is not the size I would expect to see. The color is a fairly classic Cuban hue, one a bit the redder than normal, something that is highlighted by the yellow band of the Bolívar. Aroma from the wrapper is medium-plus with a bit of twang and some leather, all very mild. One odd thing that isn’t noticeable in the pictures is that the wrapper isn’t particularly smooth to the touch, having more of a sandpaper feel. The foot is full and smells like what I imagine a bubble gum factory smells like. The cold draw has some more of the bubble gum flavor, a bit of rubber and some roasted flavors, collectively around full.

The Bolívar begins much drier than I expected, with unbuttered popcorn and a corn flavor that reminds me of a hard taco shell. Those two flavors stick around, though they are joined by creaminess and a coffee flavor, which makes it easy to dismiss the profile as earthy, though there’s also some lemon cake. Retrohales have twang, orange peel, roasted flavors and somewhat of a barbecue sensation. The best part is the finish after retrohaling which produces a delicate sweetness that reminds me of smelling a tulip. Flavor is full, body is medium-full and strength is medium.

On one hand, the second third of the Bolívar Colosales is very similar to the first third, unfortunately, the smaller changes aren’t for the better. It’s mainly less of some of the sweeter flavors, specifically the lemon cake, twang and the tulip-like finish. The core flavors add some charcoal notes while the retrohale has a stronger creaminess that reminds me of some roux—a flour and fat combination used to thicken sauces—along with a sunflower seed saltiness. Flavor is medium-full, body is medium-plus and strength is medium. Construction remains great. 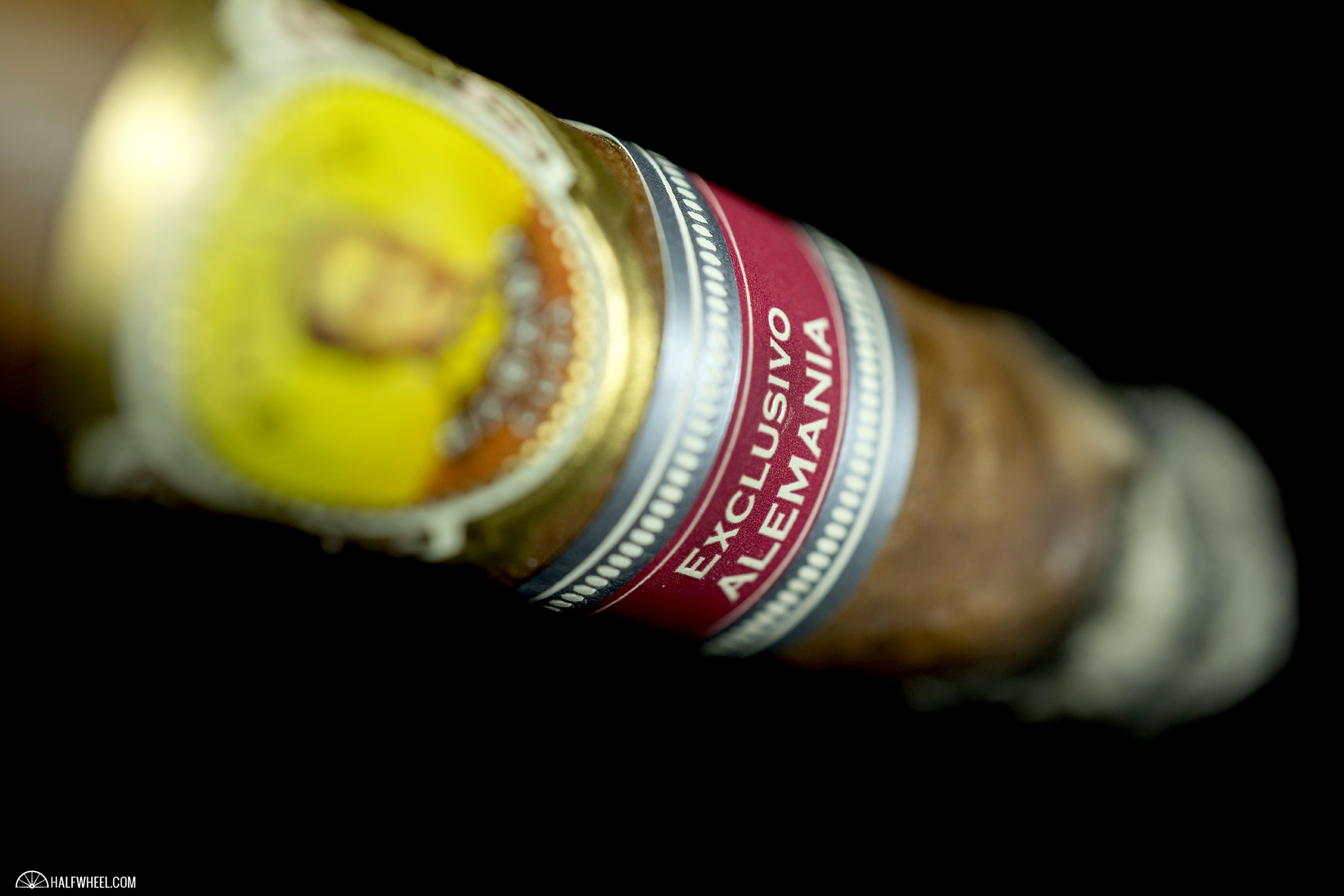 I wasn’t really expecting any massive changes in the final third and admittedly by the final sample, I would feel pretty confident betting a significant amount of money on what would come next. There’s earthiness, toastiness, peanut shells and burnt coffee. There’s not much in the way of either pepper or sweetness, just a fading paprika flavor. Retrohales have creaminess, burnt coffee and occasionally some white pepper. Flavor is medium-plus, the body is medium-full and strength is medium-plus. Construction is still very good, even great. 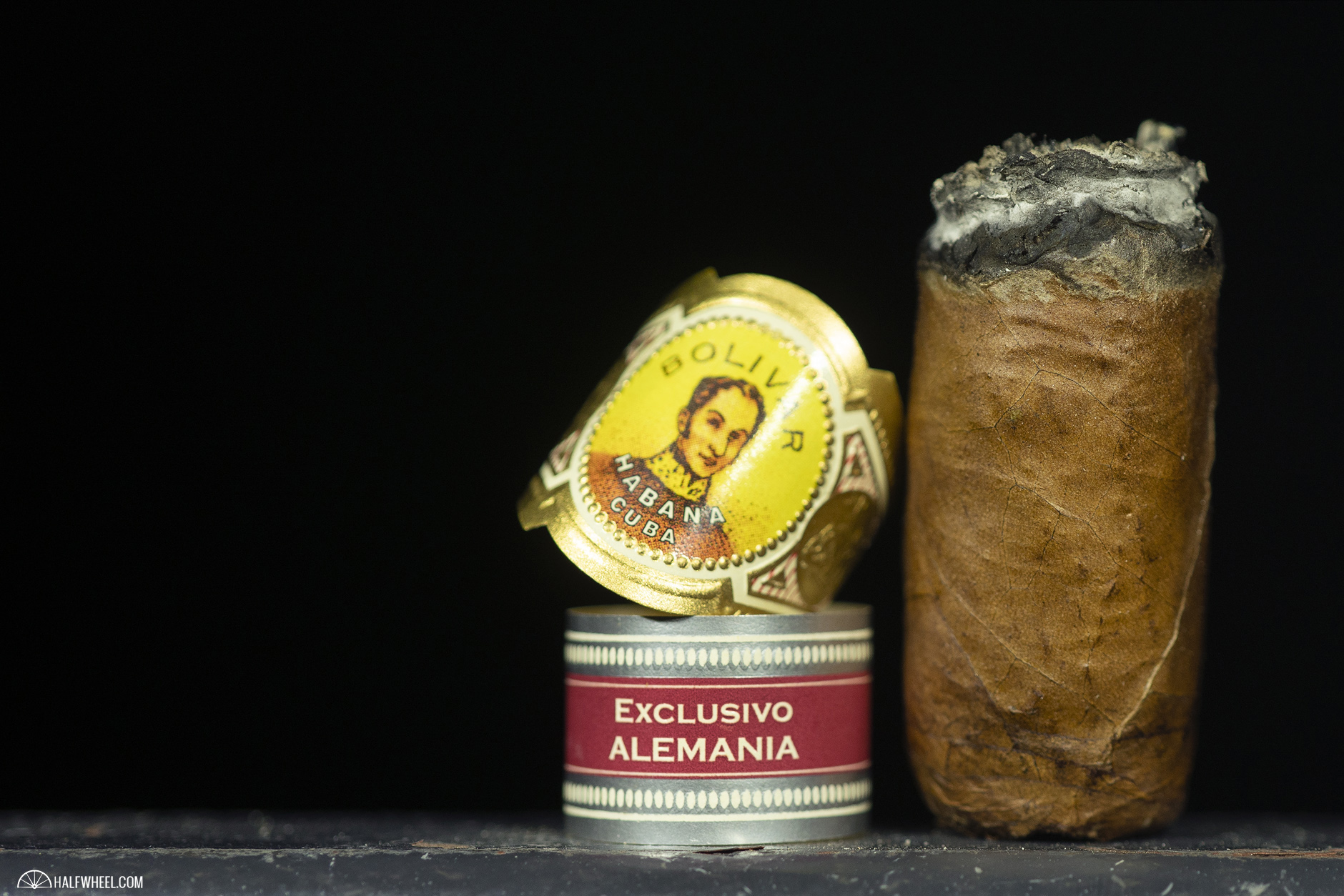 Thirteen years later, there’s still a fair amount of life left in the Bolívar Colosales; however, I would be surprised if these improve with any more aging. The distinct floral and lemon cake flavors that were present in parts of the first third were nowhere to be found after the first two and a half inches, and while it was an easy cigar to smoke, I’m not sure that I got much out of smoking the last two inches. For me, the best part of the whole experience was cracking open the box for the first time in over a decade, not necessarily the smoking that took place afterwards.