In 2010, Habanos S.A. released a Edición Regional that commemorated the 108th anniversary of the Bolívar brand, which was founded in 1902. Appropriately named the Bolívar 108, the 5 5/8 (143mm) x 46 corona gorda was exclusive to the Spanish market, and was produced in a limited run of only 40,000 cigars that were sold in individually-numbered boxes of 10.

According to the marketing materials inside the box, the tobacco used in these cigars hails from both the Vuelta Abajo and Pinar del Rio regions of Cuba.

The sheet inside the boxes also has this to say about the release, translated from Spanish:

Bolivar is one of oldest brands of cigars. Habanos s.a. has selected the vitola “108”  a format that does not exist in this brand to offer exclusively to Habanos lovers in the Spanish market in 2010. Covered in a mocha brown wrapper that has very little tooth to it, the Bolívar 108 does exhibit an enormous number of bumps up and down the length of the cigar. There is quite a bit of give when squeezed, and the wrapper does exhibit a tiny amount of oil. Aroma from the wrapper is a combination of sweet cedar, hay, manure, nuts and coffee, while the cold draw brings flavors of nutmeg, cedar, cinnamon, creamy nuts and vanilla.

Starting out, the Bolívar 108 has a very dominant grassy note, along with lesser flavors of mocha coffee, while chocolate, leather and earth. The profile is exceedingly creamy overall, and there is a nice nutmeg sweetness on the retrohale that seems to be getting stronger as the first third burns down. I am getting some white pepper on the retrohale as well, and a creamy nuttiness begins to gain strength on the finish as well. The draw is excellent so far with just the right amount of resistance and while the burn is not razor-sharp, it does not come even close to being problematic. Strength-wise, the Bolívar barely hits a point between mild and medium by the end of the first third, but it is definitely on the rise. The creamy nuttiness becomes more prevalent in the second third of the Bolívar, along with more earth, leather, coffee, hay and even a bit of a tart lemongrass that shows up every once in a while exclusively on the retrohale. The nutmeg sweetness from the first third has indeed gotten stronger, and hits its peak just after the halfway point, while the white pepper on the retrohale remains at about the same level. Both the draw and burn continue to impress, and while the smoke production is not way above average, there is plenty coming off of the foot of the cigar. The strength easily hits a medium mark by the end of the second third, and while it is still getting stronger, I don’t see it getting much beyond that. 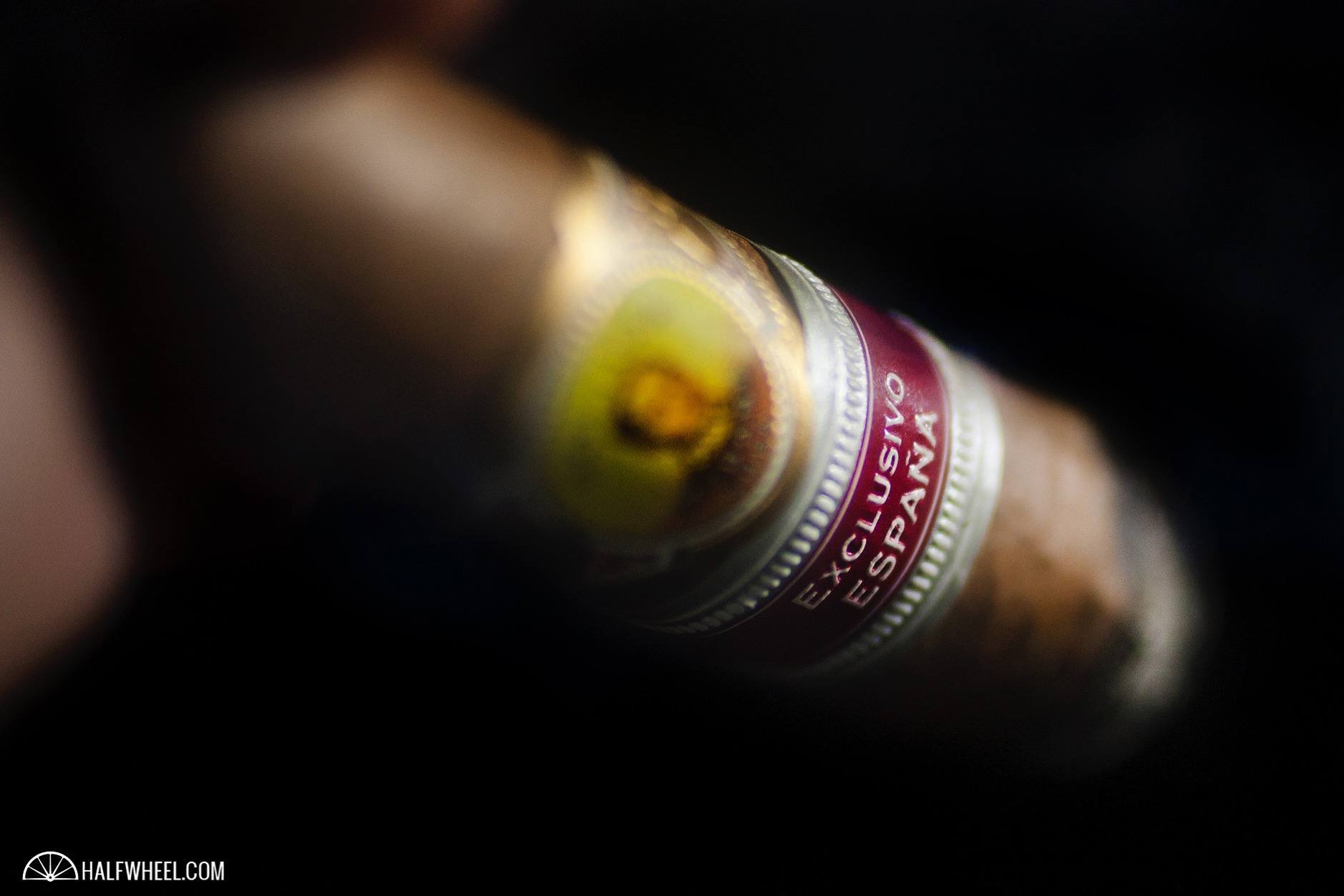 The final third of the Bolívar Edición Regional España is where everything combines together nicely, with both the creamy nuttiness and tart lemongrass notes taking over dominance in the profile, while other notes of cinnamon, leather, barnyard, hay, earth and espresso flit in and out. The nutmeg sweetness has morphed into more of a fruity fig note, and I am picking up an interesting buttered popcorn flavor on the finish that is quite distinct, albeit not that strong. The draw remains excellent and the burn continues to be non-problomatic until the end of the cigar, and while the strength has increased a bit from the level it obtained in the second third, it still falls well short of the full mark by the time I put the nub down with less than an inch left. Over the years, there have been some Bolívar releases I have loved, and some that have really disappointed me. Thankfully, the Bolívar 108 is one of the former, with a great creamy profile that really sets off the rest of the flavors in the cigar. The corona gorda vitola is great — especially considering it is a Edición Regional release — and the construction, while not perfect by any means, was good enough that I did not have to think about it. The final third is where this cigar really shines, but the whole cigar is both smooth and complex, and easily one of the better Cuban releases I have smoked in the past six months.