Blind Man’s Bluff This Is Trouble

During the 2015 IPCPR Convention & Trade Show, Caldwell Cigar Co. introduced a new line named Blind Man’s Bluff featuring a blend made up of an Ecuadorian habano wrapper covering a Honduran criollo binder along with filler tobaccos from the Dominican Republic and Honduras. Two line extensions followed in the years after—Blind Man’s Bluff Connecticut in 2016 and Blind Man’s Bluff Maduro in 2019—the latter of which incorporates a Pennsylvania maduro wrapper, a Sumatran binder and filler tobaccos sourced from the Dominican Republic.

In June, the company announced a brand new limited edition under the Blind Man’s Bluff line called This Is Trouble. The new cigar was released in just one vitola—a 5 x 52 robusto—but featured a totally different blend compared to the main Blind Man’s Bluff line: instead of an Ecuadorian habano wrapper, the limited edition version is covered in a Mexican San Andrés leaf. In addition, the internal blend includes a Dominican binder as well as three different filler tobaccos: Dominican corojo, Dominican double ligero and habano seeds grown in Estelí, Nicaragua. 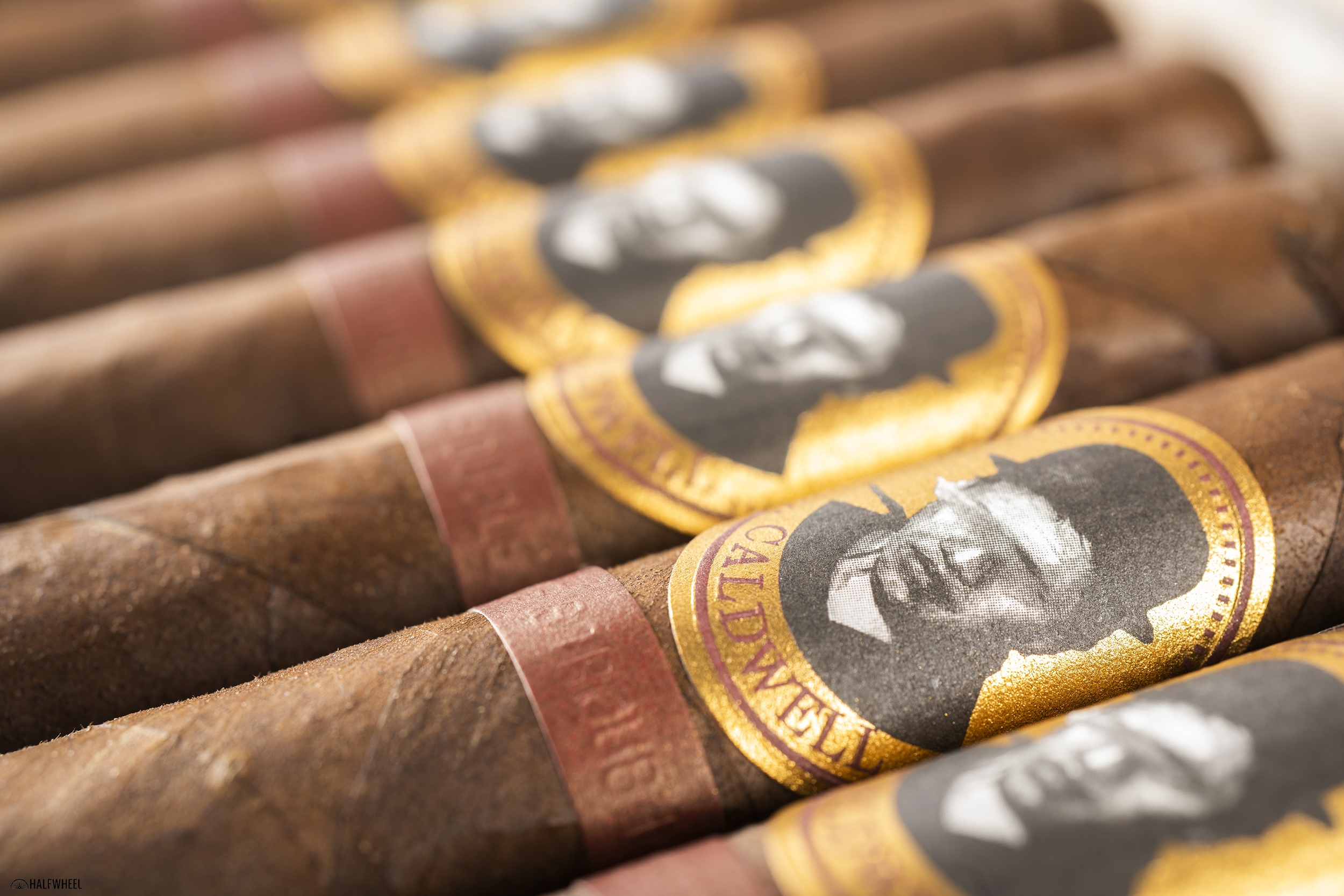 “BMB has been a tremendously successful brand for us over the years,” said the company in a press release. “We have never done anything funky with it. We wanted to give it a little extra love this year, so we decided to roll out a limited production, extra special cigar. We are always working on blends (if even only for fun), and sometimes these blends are so damned good that we have to share them with our friends. This cigar is just that.”

Each cigar has an MSRP price of $10 and total production is limited to 1,000 boxes of 20 cigars. However, only 750 of those boxes began shipping to U.S. stores in June, while the remaining 250 boxes are being sent to international markets. 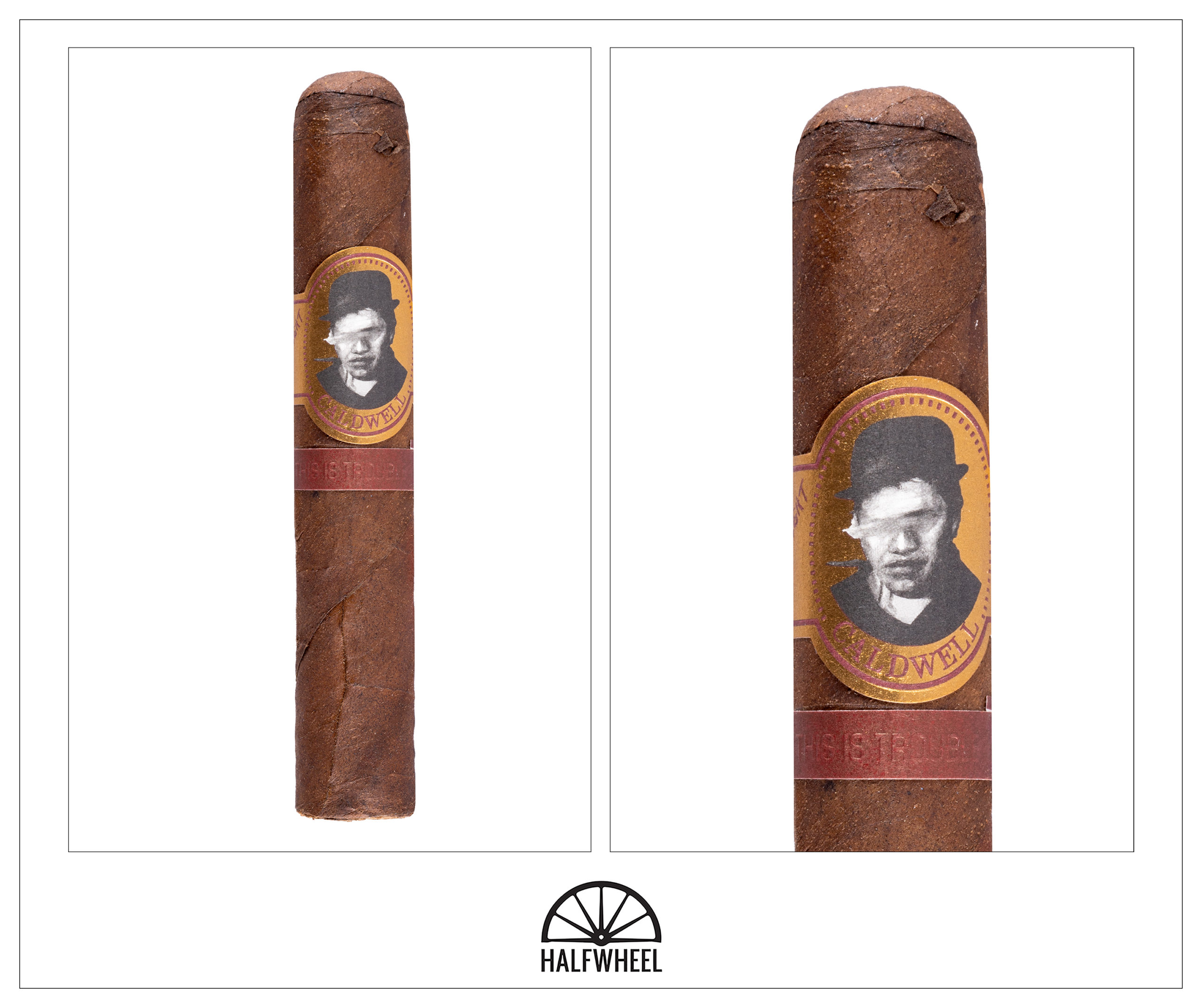 From a visual perspective, the Blind Man’s Bluff This Is Trouble has quite a bit going for it, including a dark espresso brown wrapper that is parchment rough to the touch despite having only a touch of oil present. The cigar is nicely firm when squeezed and there are a number of overt veins running up and down its length. The aroma from wrapper is generic nuts, earth, barnyard and pencil lead while the foot brings notes of strong dark chocolate, oak, light vanilla sweetness and black pepper. Finally, after a straight cut the cold draw features flavors of powdery cocoa nibs, creamy oak, leather, sweet hay, salted peanut shells and slight vegetal.

A noticeable amount of both spice and black pepper greet my palate as soon as I toast the foot of the This Is Trouble. The main flavor is a combination of freshly brewed espresso to start off which quickly transitions to main notes of creamy oak and dry cereal; not as intense on the palate as I would like. Secondary notes of leather tack, barnyard, toast, generic nuts, earth and slight floral flit in and out in various amounts and intensities, while the finish is full of espresso beans. There is a small amount of vanilla sweetness on the retrohale, but it is so mild at the moment that it is sometimes overwhelmed by the black pepper that is also present. Body is medium right off the bat, and while the strength level starts out under medium it is increasing noticeably as the first third comes to a close. Construction-wise, the cigar features an excellent draw, but the burn becomes problematic early, forcing a couple of quick touchups to avoid larger issues.

While there is a bit more vanilla sweetness on the retrohale during the second third of the Blind Man’s Bluff, it is still far too mild to make much of a positive difference in the overall profile. The combination of more distinct oak and dry cereal—albeit still not as intense on the palate as I would like—continues to lead the way, followed by notes of rich espresso beans, dark chocolate, hay, vegetal, earth and leather that are both less distinct and less intense. In addition, the body remains medium and while both the black pepper and spice have receded a bit compared to the first third, they are still far from completely disappearing. Thankfully, the burn has evened up nicely and the draw continues to impress, while the smoke production is both copious and relatively thick. In terms of strength, the cigar does increase enough to easily pass the medium mark just after the halfway point but seems to stall out there for the time being. The final third of the This Is Trouble has much of the same profile as the second third—albeit a bit less intense and less distinct—the same medium body as well as the same cereal and cedar at the top of the profile, with notes of dark chocolate, earth, coffee beans, leather, peanuts and vegetal following behind. The one noticeable change in the profile is the sweetness, which has not only morphed into more of a maple syrup note but also increases in its distinctness. There is also a bit less spice and black pepper on my lips and on the retrohale respectively—but both manage to hang around until the end of the cigar. In terms of construction, the burn is having issues again—enough that have to touch it up once—but the draw is continuing to give me very close to an ideal resistance and the smoke production remains high. Finally, the strength level manages to increase slightly and ends up at a point just over medium as I put the nub down with about an inch remaining. I have enjoyed a number of Caldwell’s creations over the years—some of them quite a bit—but unfortunately, the Blind Man's Bluff This Is Trouble is far from the top of the pack. I found the blend to be a bit bland, indistinct and just not overly flavorful, and there were also issues with construction on two of the three samples I smoked. That does not mean there were not some positives, of course—the above medium strength was well-integrated overall and the increased amount of maple syrup sweetness on the retrohale during the final third was enough to bump up the overall complexity a bit—but if you are looking for a better representation of what Caldwell can do, check out the Blind Man’s Bluff Connecticut or the base Blind Man's Bluff Maduro lines.