There are terms that I frequently use when referencing cigar that I often wonder if the general public know the meaning. One of those is line extension.

In April 2019, Caldwell announced and began shipping the second extension to the Blind Man’s Bluff line, a maduro version using a Pennsylvania-grown leaf over a Sumatran binder and fillers from the Dominican Republic. The Blind Man’s Bluff Maduro is offered in three vitolas:

Of note on the production side is that the cigar is being made at Tabcalera William Ventura in the Dominican Republic, the first time that a Blind Man’s Bluff has been made there. The other two blends are produced at Diadema Cigars de Honduras S.A., in Danlí, which is known for producing Camacho cigars among other brands. 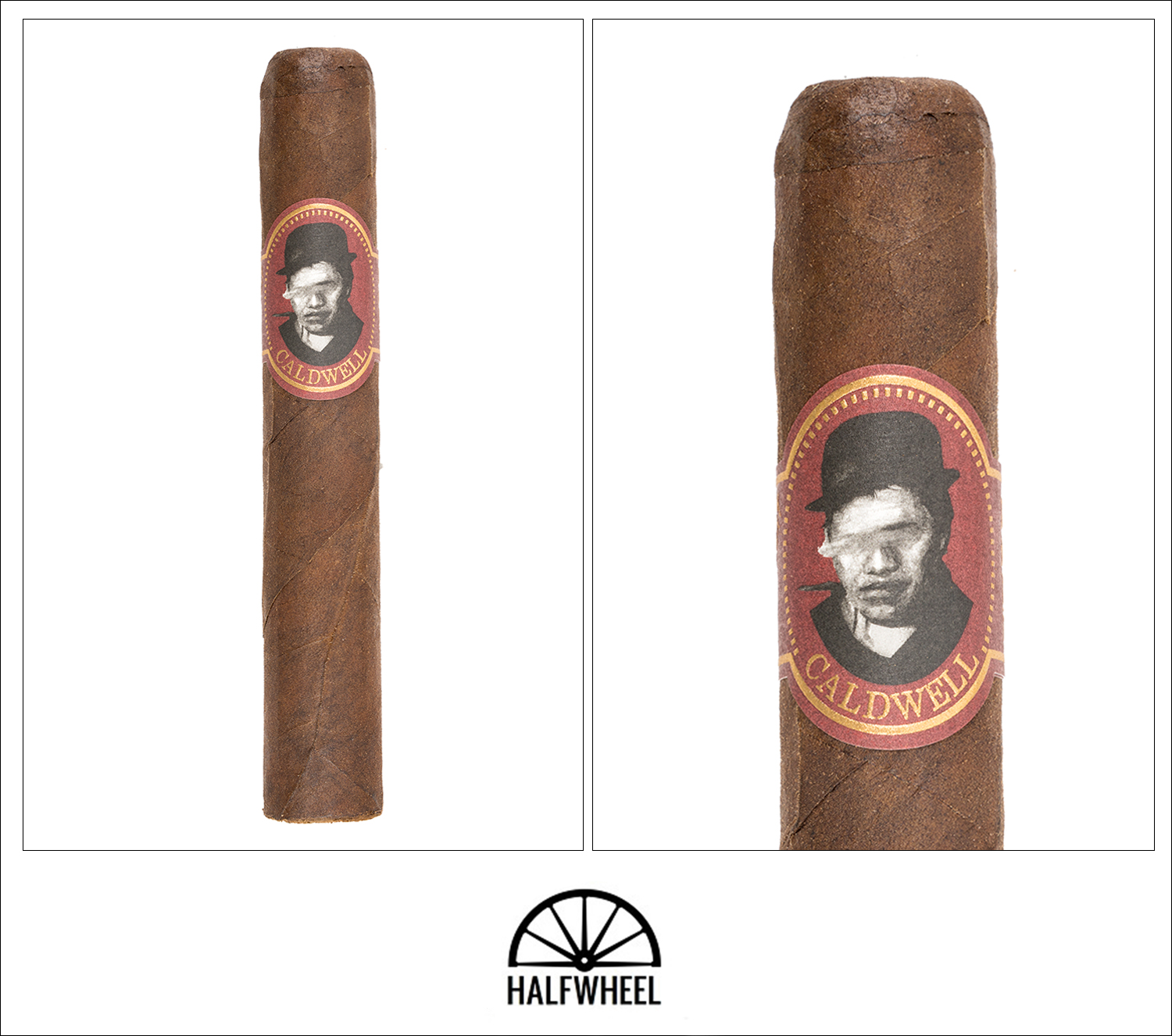 Once I take the Blind Man’s Bluff Maduro 5 x 50 out of its cellophane, it doesn’t seem to wear as dark of a wrapper leaf as I initially though, meatier in color than it is dark brown. The leaf has some small but winding veins, almost river-like in their topography, while some oil has hung around and there’s a very fine texture on the fingers thanks to varying levels of tooth. It’s rather firm to the touch and cleanly rolled with a well-applied cap that makes the head sit just a bit lower and less rounded than on other cigars. Aroma off the foot is generally rich and sweet with some thick berry jam notes ahead of wheat and some light but pointed pepper, though one sample is decidedly restrained in its offering, going more towards peanut butter and toast crackers as a very middle of the road scent. The cold draw varies between ideal and firm and isn’t as sweet as the aroma. I’m having a harder time getting specific flavors from my taste buds to the keyboard, though there is a bit of woodiness, table pepper with a touch of heat not unlike that of chili pepper flakes and what tastes like very subtle dry earth with a bit of clay in it. The third sample, which had the least in terms of aroma, offers the most in flavor, making me think first of cherry cola before turning to an orange soda while holding onto some pepper as well.

The opening puffs of the Blind Man’s Bluff Maduro aren’t as sweet as I was hoping for given the prelight aroma, instead, they are dry and a bit sharp with woods and pepper, leaving just a little room for the dry earth flavor as well. I’m intrigued by the blend of the cigar, as it doesn’t seem to be ripe with the traditional tobaccos found in maduro-wrapped cigars, and the first puffs would confirm this may be headed in a different direction. Where it does shine is when the wood notes are allowed to show their richness, almost getting a bit damp in order to release their full flavor profile. When that happens, it creates a much more significant contribution to the blend as well as an enjoyable experience on the palate. Similarly, when the earthiness has a chance to establish itself, it creates a grounding note for the palate to quickly latch onto. The cigar has burned quite well in the first third, and other than the occasionally firm draw, there’s not much with which I have found issue with. 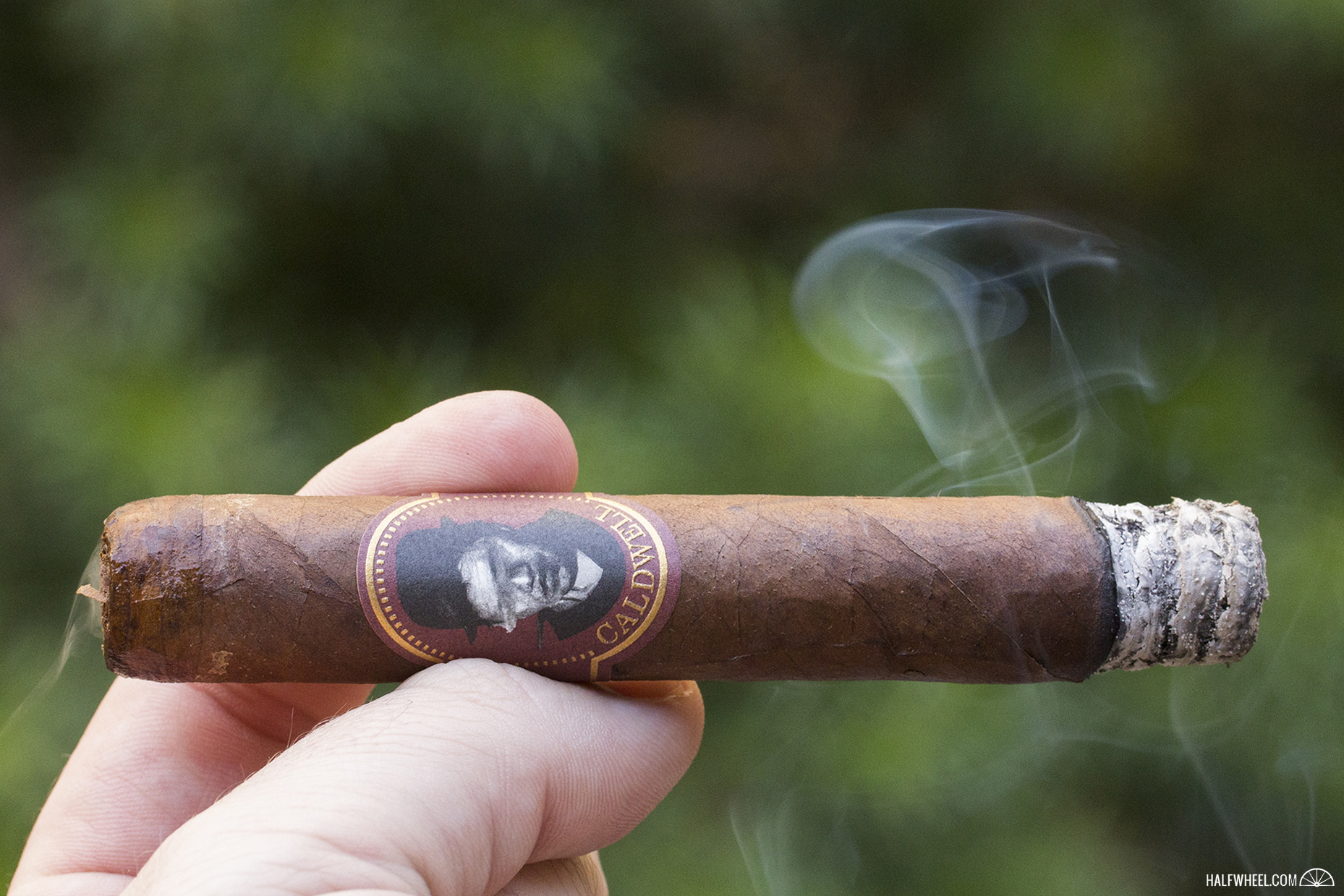 As my colleague Charlie Minato has mentioned numerous times in his reviews, there is a reason we smoke three samples of a cigar before publishing a review, and the start of the second third of the second and third samples reminds me of that reason. They are much mellower than the first sample, and because of this, the smoke is better able to coat my taste buds, while shifting the mix of wood and pepper more to the retrohale for accents when wanted. The profile gets a bit more pointed as the burn line crosses the midway point, and while it may be a touch rough for some people, I think it works pretty well, and could work well with a beverage to help balance it out. The combustion and smoke production have both been quite good so far, with little to take issue with on the technical side.

The start of the final third brings about some of the first true sweetness that I’ve picked up from the Blind Man’s Bluff Maduro, a thick jelly that has some sugar sweetness but backs it up with the heartier berry notes. It’s not a flavor that dominates the profile, let alone sticks around for an extended period of time, but it is appreciated, especially as the cigar pivots back to the dryness of earlier. The smoke picks up a grittier texture in the mouth, as it feels like the clay and rockiness are much more commanding of the profile. Even on the smoothest of samples, there is some unmistakable gruffness to the profile that emerges at the very end of the cigar, but it’s not quite enough to get me to put it down; rather, it’s the beginning of feeling my fingertips burning that ends up being the impetus. The cigar burns down beautifully, maintaining its even burn line and satisfactory levels of smoke production. The Blind Man's Bluff Maduro certainly wasn't what I thought it was going to be, though that doesn't mean it wasn't an enjoyable cigar. While the first sample was a bit rougher and gruffer than I generally prefer, the other two samples showed a bit more restraint and balance, leading to a very enjoyable smoking experience. As I noted above, this cigar will not be forthcoming with sweetness, so if that's what you're looking for, be prepared to be disappointed. But when you're in the mood for something that is a few ticks stronger than medium with copious amounts of dry earth and a steady flow of pepper, this is worth giving a try.