Black Works Studio, the recently announced project from James Brown of Black Label Trading Co. and Fabrica Oveja Negra, has shipped its first three lines and released additional details about each of the cigars. 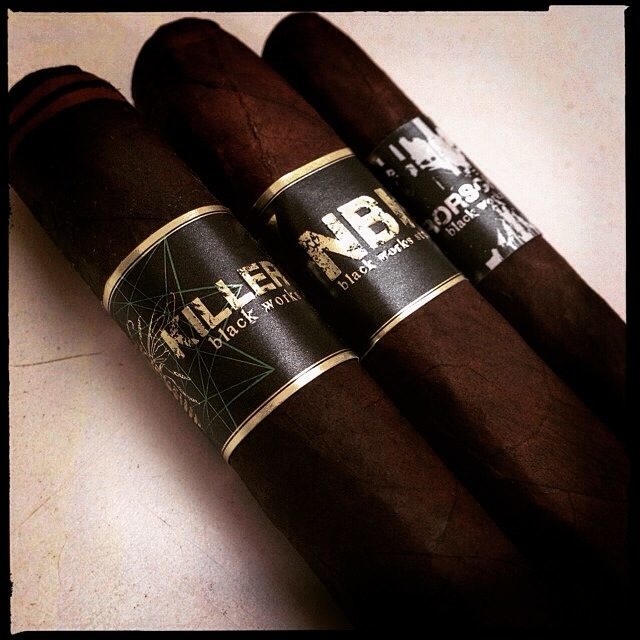 Each of the three new lines–NBK, Killer Bee and Rorschach–feature Nicaraguan binder and filler but utilize a different wrapper and a single size to best show off its blend. The NBK is a 6 x 46 box-pressed corona with an Ecuadorian habano oscuro wrapper that extends down to create a closed foot. It sells for $9 per stick and comes in 20-count boxes.

The Killer Bee features an Ecuadorian maduro wrapper and comes in a 4 1/2 x 46 vitola with an MSRP of $7.50 per cigar or $150 for a box of 20. It too has a closed foot as well as a linear cap, which uses another layer of wrapper to create a contrast and additional flavor profile.

Rounding out the new releases is Rorschach, a 5 x 38 petite panetela with an Ecuadorian habano wrapper on top of the Nicaraguan binder and fillers. It will come in 50-count boxes with a single stick price of $4.30.

“I’m very excited to finally have these blends in the market, these have been my ‘go to’ daily smokes for the last year,” said James Brown, creator of Black Works Studio and partner at Fabrica Oveja Negra, via a press release. He noted that NBK and Killer Bee “walk the line” between medium-full and full in terms of strength, while they offer extremely rich flavors of earth, malts and cocoa, balanced with subtle and elegant nuances.

“I chose to do a closed foot on both because it allows for the first draw of the cigar to highlight the intense flavor profile of the wrapper; this big blast of flavor sets the tone for the rest of the cigar,” he added.

A company spokesperson told halfwheel that 100 boxes of each cigar are being released at this time, though none of the three are considered limited releases. Additional batches will be made on an unspecified schedule, with new vitolas scheduled to be added in mid-2016.

The cigars will get a formal launch on Dec. 11 at Club Humidor’s Thousand Oaks location in San Antonio, Texas.