When Black Label Trading Co.’s founders announced Black Works Studio—also known as BLK WKS—I wasn’t really sure what the point was. Why have a separate cigar brand if it’s going to involve the same people, the same reps, the same retailers and perhaps most importantly, the same factory?

The latter is the subject of this review: the Killer Bee Connecticut.

It’s a follow-up to the company’s Killer Bee, though there are some notable differences. Blend-wise it uses an Ecuadorian Connecticut wrapper with Ecuadorian maduro accents, a Nicaraguan habano binder and Nicaraguan fillers. While the original cigar featured accents near the cap and a closed foot, the new cigar has contrasting wrapper accents on both the cap and foot and the cap is now a swirl cap with a notably point, almost like a think perfecto foot.

Pricing is set at $10 per cigar and production is limited to 700 boxes of 20 cigars. 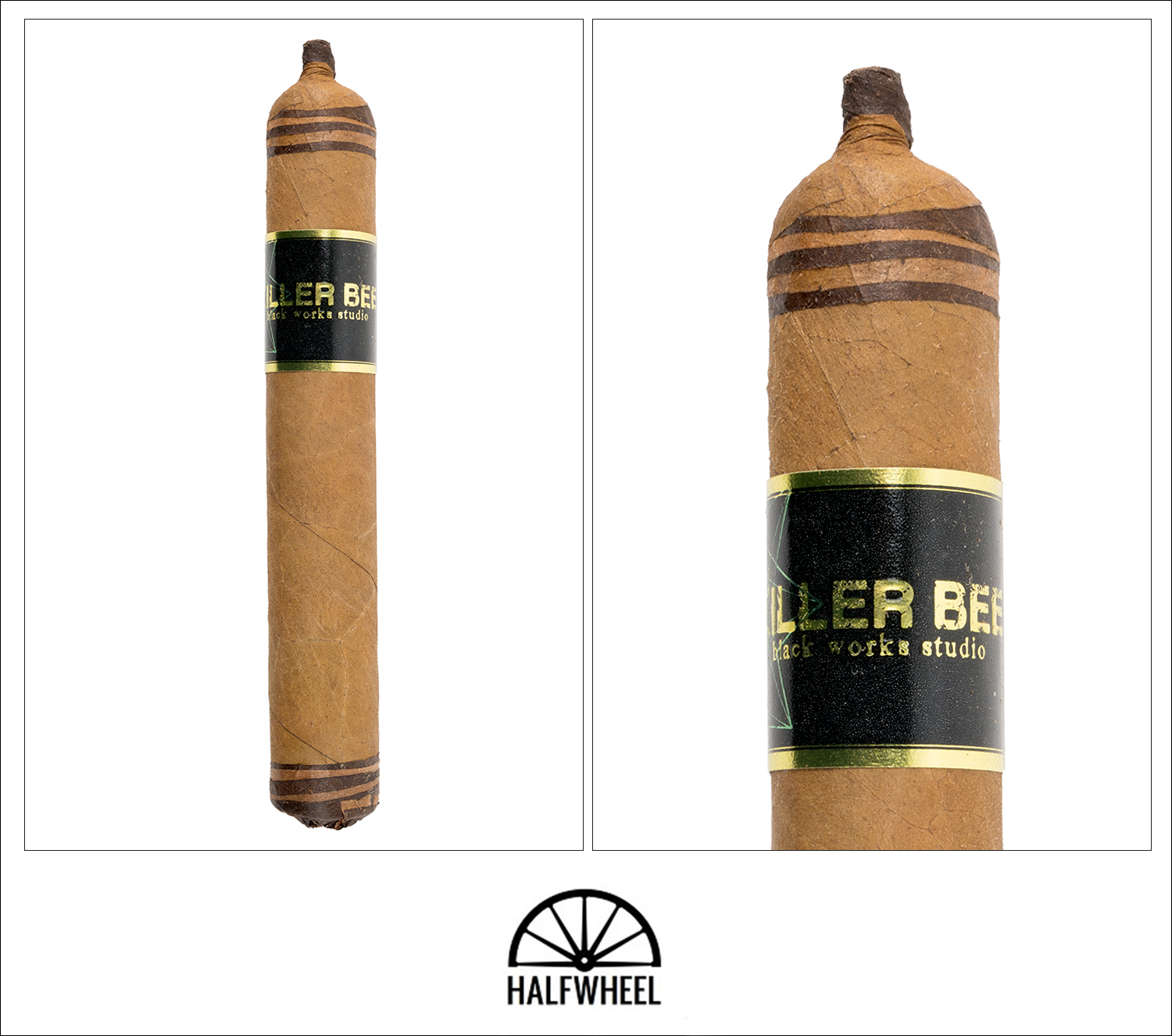 This looks different. The base of the cigar is a mustard-brown Ecuadorian Connecticut wrapper. On both the top and bottom of the cigar there are thin lines of a darker Ecuadorian wrapper, though the bottom stripes are a bit thicker. Then there’s a cap: a small nipple of tobacco that is probably around 20 ring gauge. And if that wasn’t enough, the foot is covered in the dark Ecuadorian wrapper. Aroma off of the lighter wrapper has leather over some walnuts and acidity. The foot has some roasted nuttiness, burnt coffee and a fair amount of pepper. Due to the closed foot, the cold draw is a bit more challenging to physically draw out. Flavor-wise, it tastes like a very strong blend of Nicaraguan tobaccos with: cocoa and a bit of earthy woods.

The completely covered nature of the foot means it takes a surprisingly long time to light the foot. Even though it’s just wrapper, the covered foot takes longer to light than the wrapper itself. Eventually, the cigar seems lit enough and the first flavors come off the smoke: deep earthiness, some stronger wood flavors and a fair bit of sweetness. There’s a touch of sharpness on the back end, but no real pepper. Every few minutes it seems like there’s more flavors added to the mixture, eventually settling on a core that is toasty with even levels of earthiness and a bit of creaminess behind it. Through the nose, the smoke tastes like a heavy French press coffee with some pound cake-like sweetness. Flavor is full, the body is whatever is beyond full and the strength is a solid medium-full. 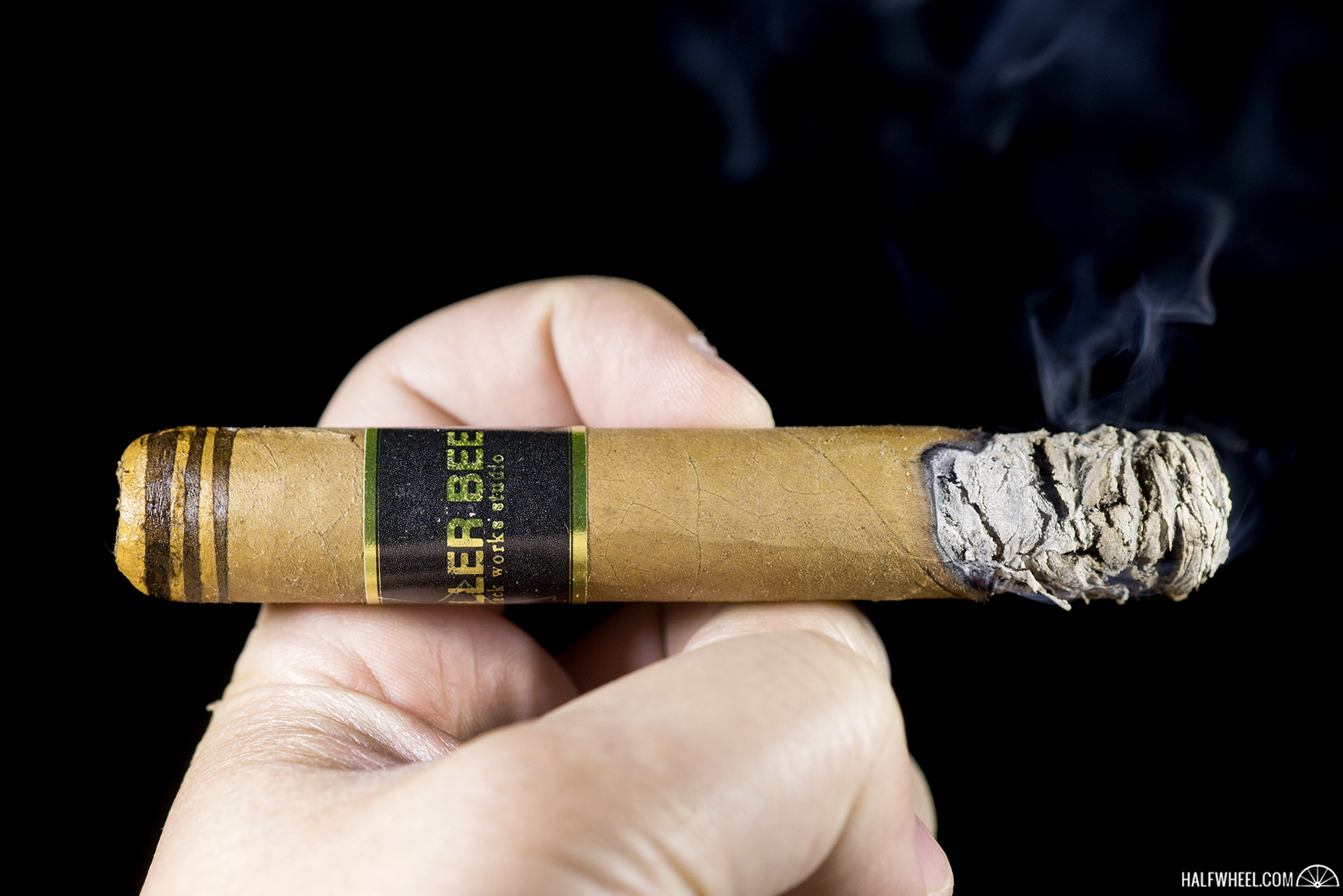 While pepper had been errant  yet sharp in the second third, the profile is a bit creamier thanks to a homemade bread flavor, though there’s also a bit more herbal notes. That being said, the flavors are pretty similar to the first third, though every one seems toned down. Even the coffee note drops some of the sharper acidities from the earlier portions. While everything might be a bit less potent than before, the Killer Bee Connecticut is still quite strong. Flavor and body are still full and strength is still medium-full. Construction remains fantastic with no cigar needing additional attention. 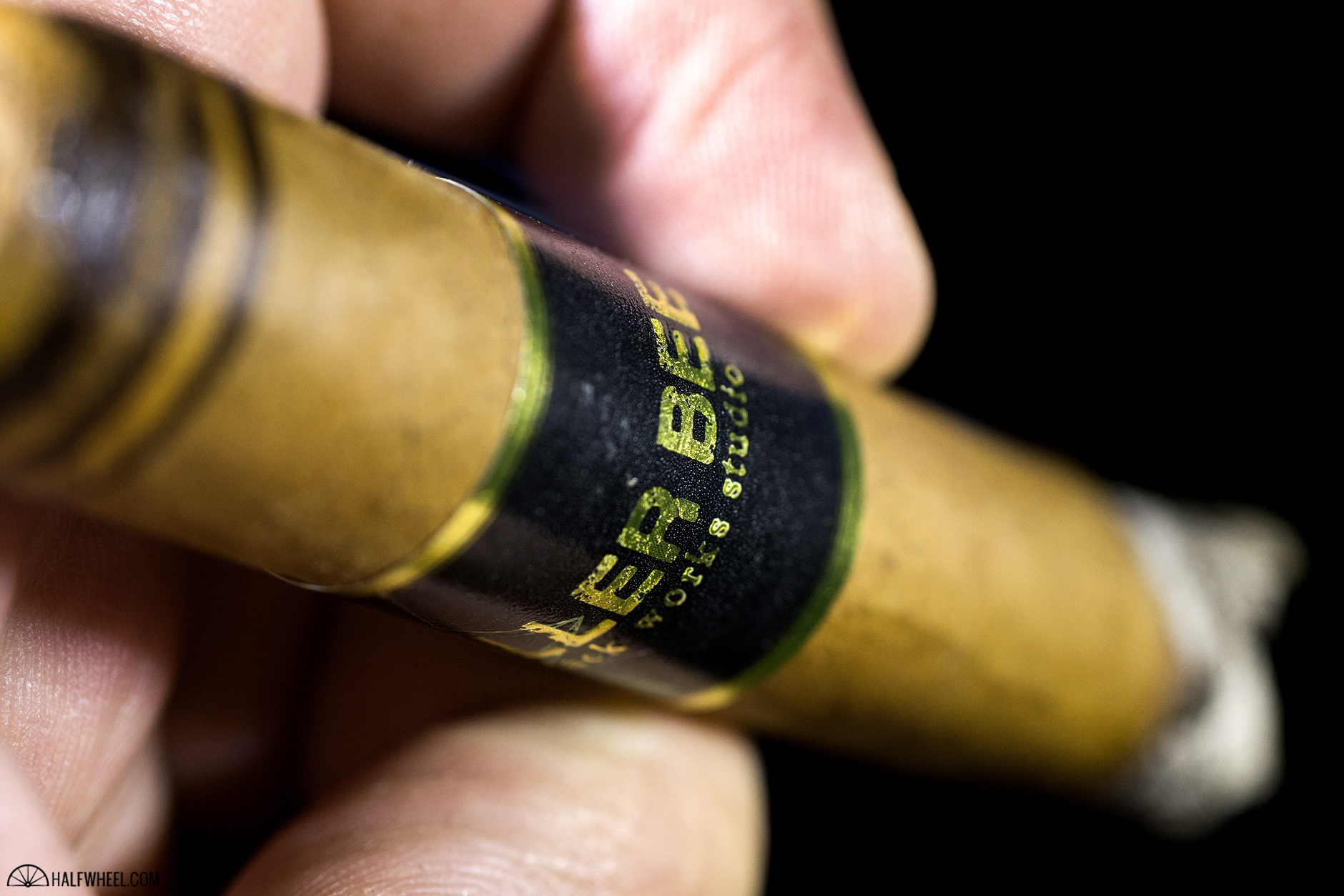 The bread flavor that has been towards the front of the profile for the first two thirds begins to tone down in the final third. It’s still there, but mineral flavors are beginning to have a bigger role. It’s still easy to describe the flavor as creamy, earthy and toasty, but both pepper and fruits are beginning to play bigger parts here. There’s black pepper on the tip of the tongue, the first time the profile has pepper that’s not on the finish. In addition, some blueberries come and go in the mouth. Retrohales are substantially sweeter with the coffee flavors now joined by some citrus and lemongrass. One sample needs a touch-up in the final third, though the other two cigars go start to finish with no additional use of the lighter. 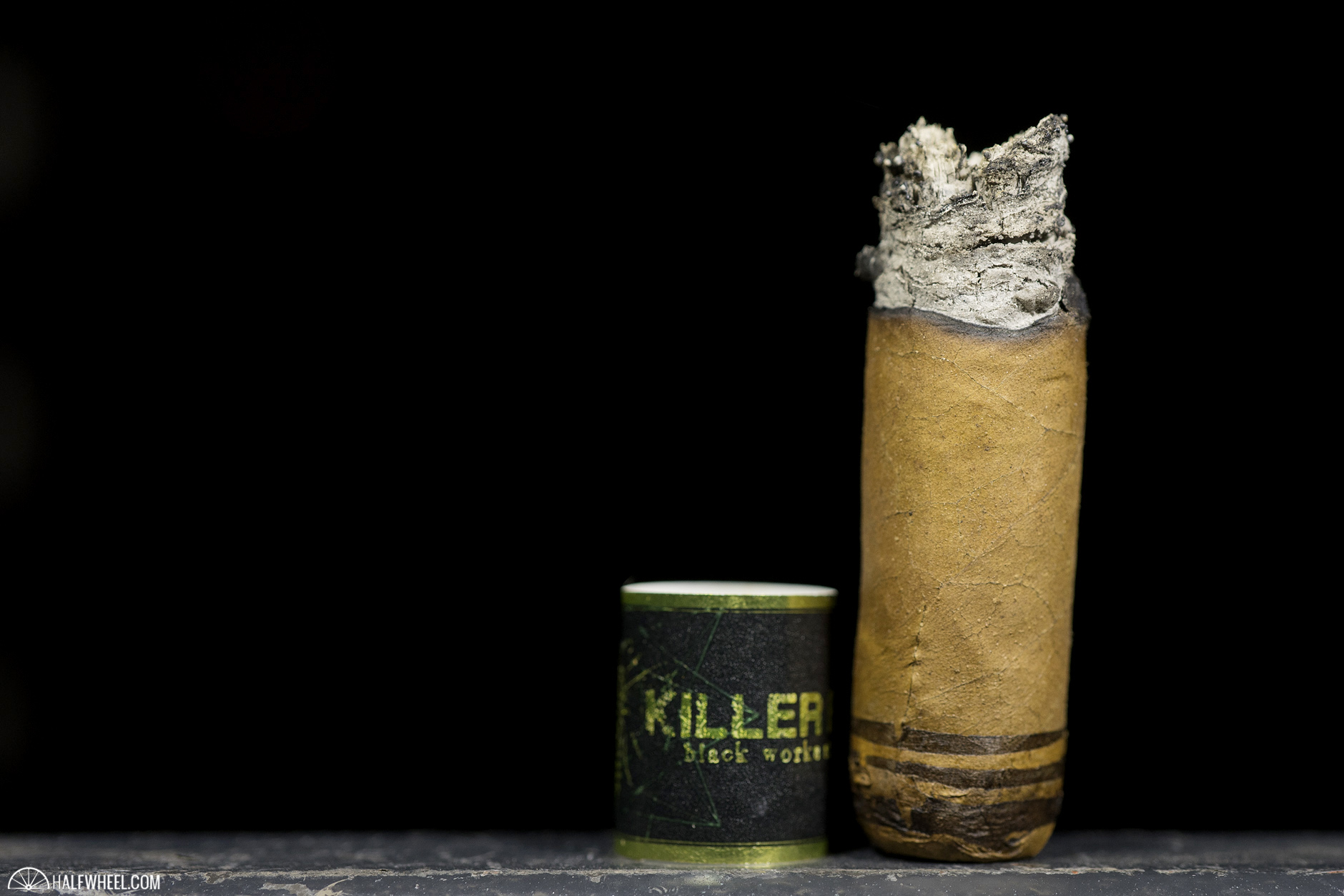 While the look of the cigar might give you the impression this will be mild, the name suggests otherwise. Turns out, the latter is true. The Killer Bee Connecticut is vibrant and full from the first puff. Flavor-wise, it's not a series of dynamic shifts, but the profile is still enjoyable from start to finish. Pair that with excellent construction and a lengthy smoke time and this is one of my favorite Oveja Negra releases to date.