Black Label Trading Co. has begun shipping the fifth anniversary of its limited edition Morphine release, and this year’s version not only comes in three sizes, one of them is being offered in a barber pole wrapper.

For the Morphine Lancero, which measures 7 1/4 x 42, James Brown selected both Ecuadorian maduro and Mexican San Andrés maduro wrappers to create the barber pole design. Underneath that is a Nicaraguan habano binder and fillers from Nicaragua. The cigar is priced at $11.50 before taxes, or $138 for a box of 12 cigars.

The other two sizes, the Corona measuring 5 1/2 x 42, and the Short Robusto Box Press, which measures 4 1/2 x 50, do not use the barber pole design, forgoing the Ecuadorian maduro leaf in favor of the Mexican San Andrés maduro wrapper. The Nicaraguan habano binder and Nicaraguan fillers remain the same. 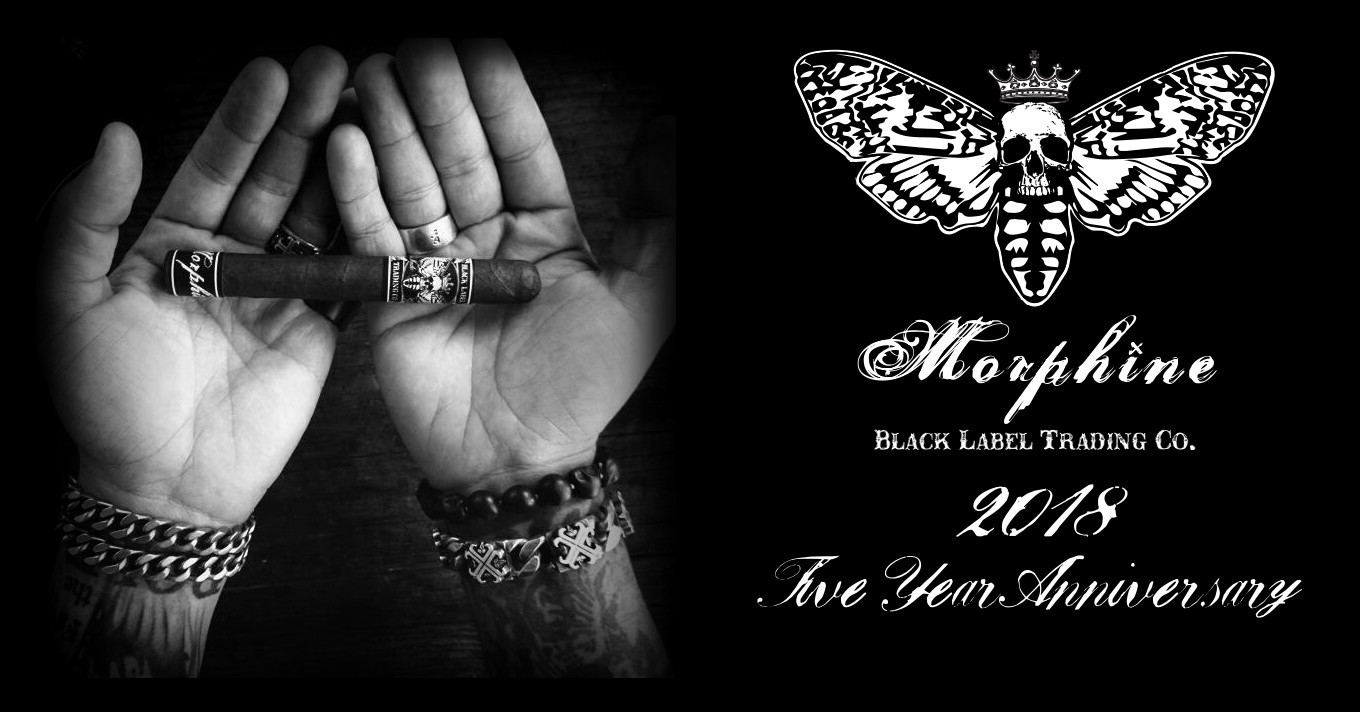 The company produced 450 boxes of each size at its Fabrica Oveja Negra factory in Estelí, Nicaragua.

The Morphine line debuted in 2014 in the Lancero and Corona vitolas.