When discussing brands, factories and blenders, it’s fairly common to have the phrase “signature style” brought up about their cigars. Some are known for strength, some for finesse, others for big starts and others for big finishes. It’s become a mark of success and longevity and success to have your signature style referenced, discussed and debated.

For one of its most recent additions to its Deliverance line, Black Label Trading Co. decided to to go in a direction that is seemingly a bit different from the company’s signature style of full-bodied, full strength cigars by giving the new blend a Connecticut wrapper over a Nicaraguan habano binder with fillers coming from Nicaragua and Pennsylvania.

James Brown, created of Black Label Trading Co. and partner at Fabrica Oveja Negra acknowledged this when the cigar was announced, saying that “the Porcelain has a different profile from what you might expect; it is a Connecticut that is geared towards our consumers.” 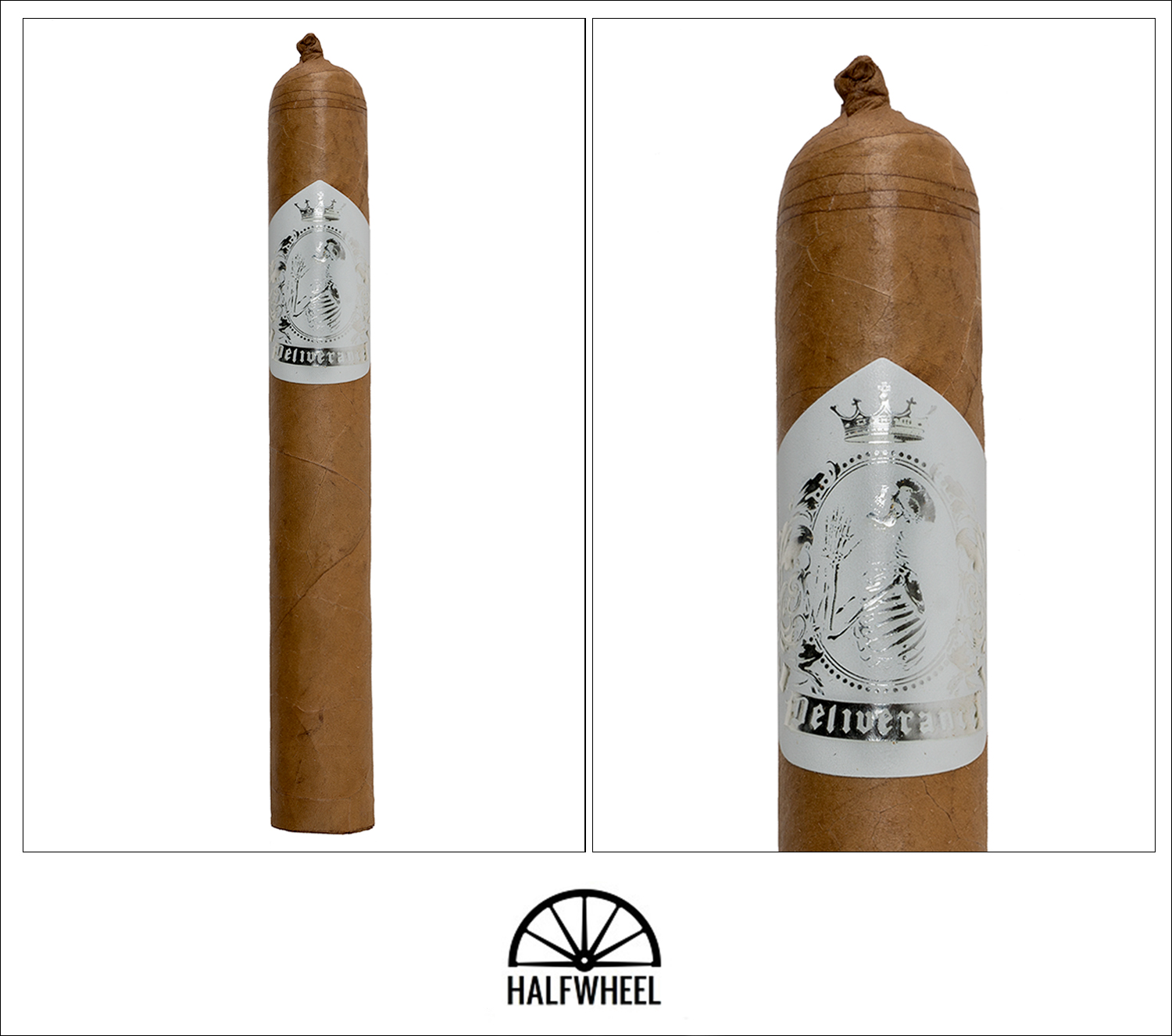 Aside from the band, the Deliverance Porcelain looks like what I imagine people think of when it comes to a mild cigar; a light, almost golden-hued wrapper that doesn’t have much in the way of veins, tooth or oils. It’s still smooth to the touch, and while the color is generally even, some mottling is exposed by the seams, in particular near the head of the cigar. The cigar is quite firm, showing hardly any give, while it looks near flawless visually and the caps are well constructed and applied. The aroma off the foot of the cigar is light and suggests buttered popcorn and sourdough bread, with a bit of white pepper making the occasional appearance but lighting up the nostrils when it does. The cold draw is a bit firm and not quite as vibrant as the aroma, showing a bit of buttered dinner rolls with minimal pepper.

There are some familiar Connecticut flavors immediately detectable in the first few puffs of the Deliverance Porcelain, namely a bit of sourdough bread with its distinctive finish on the palate.  If I were to smoke this blindfolded next to several other of the cigars in the “not your traditional Connecticut” category, I don’t know if I could definitively identify this one, other than to say it belongs in that group as pepper begins to build through retrohales before moving to the palate. One sample has a marshmallow-like sweetness that is thick, chewy and distinctive on the palate and through the nose, and one that gives the profile a bit more complexity, which is definitely appreciated. When I knock the ash off near the end of the first third, I can tell that the cigar has begun to change its profile and is now showing off some of the Pennsylvania fillers as the profile gets a bit heavier, a bit sweeter and a bit stronger. White pepper is also beginning to get more pronounced through the nose, while I’m getting a slightly sour taste on the front of my tongue that alternates between mineral and metal in varying degrees of intensity across the three samples. The draw and burn are both outstanding, while the smoke production is a bit thin but perfectly acceptable. 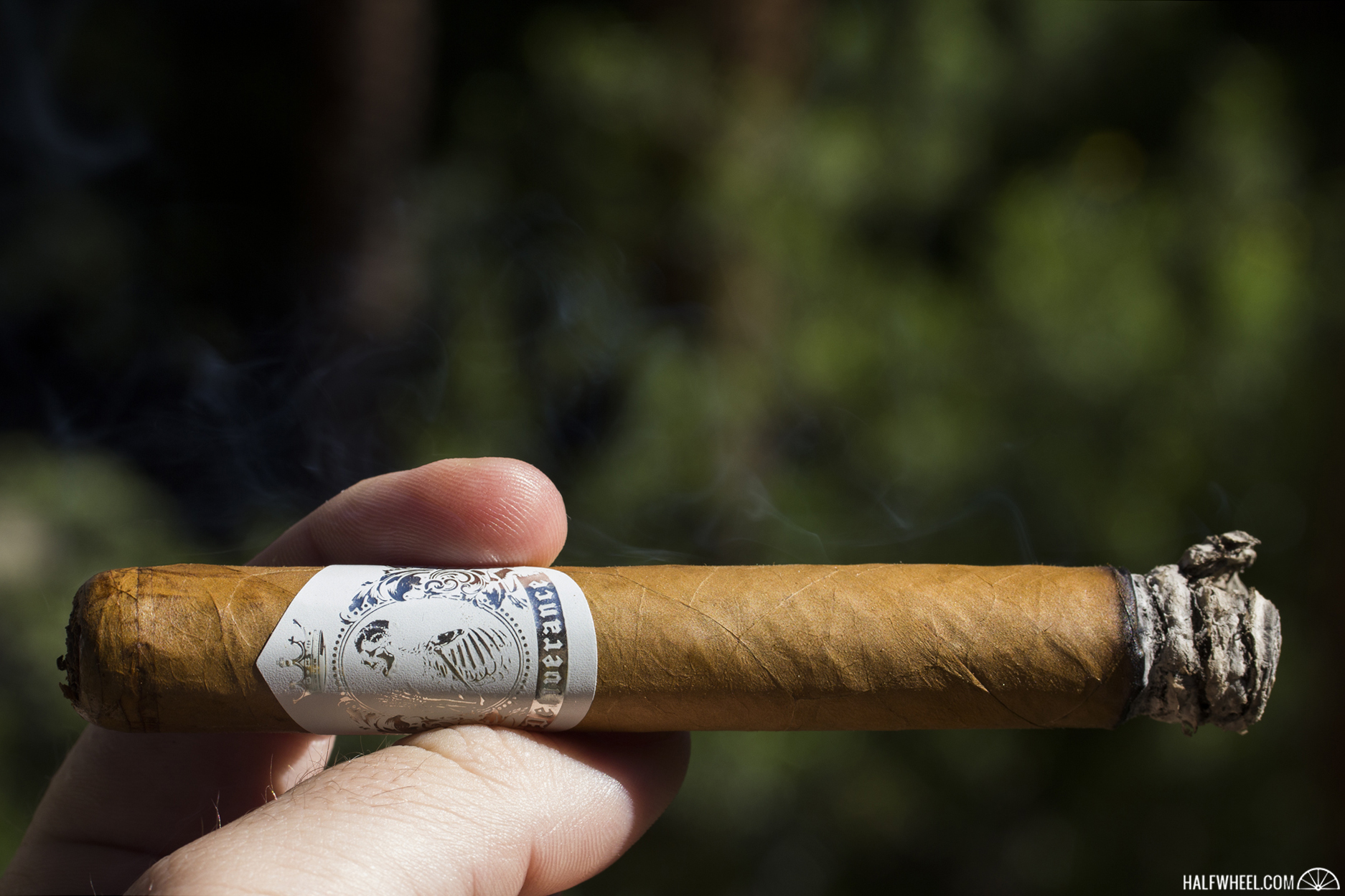 A retrohale at the start of the second third reinforces my suspicions that the cigar is getting stronger as there’s more body to the smoke, as well as more pepper, though it’s not overwhelming but rather just very present in the nose. The heavier earth notes have subdued for a spell, and I’m now getting the very faintest suggestions of sweetened corn flakes and some creaminess, though the pepper is quick to remind my senses that it’s there as well and not to be overlooked. I’d almost overlooked the departure of the mineral/metal taste that transitioned the cigar from its first to the second third, but as the final third approaches, it returns once again. As such, I take a few more retrohales, which show me that the cigar smoke is fuller and still fairly pepper-forward, though it’s more of a full smoke than a strong smoke, particularly in the third sample, in which the corn flakes flavor and aroma made itself most well-known. The cigar continues to burn quite well with no need for a touch-up. 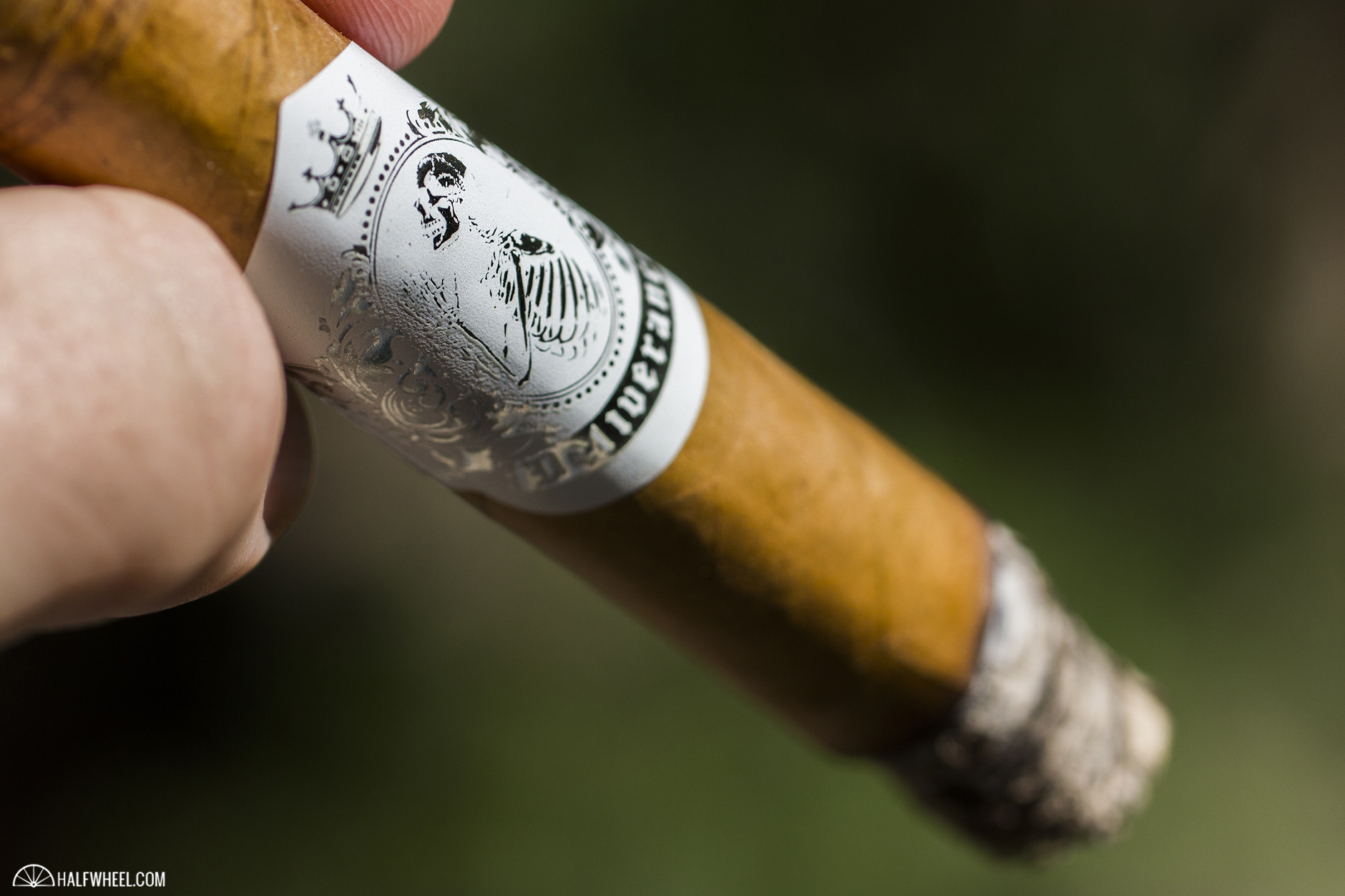 The final third sees the strength dial back a bit, but there’s a bit more of a smoky finish to the profile, almost meaty at times and reminding me of steak and its drippings. Sweetness is largely gone, which leaves a somewhat ashy taste coating the pepper notes. The profile gets a bit toastier as the band comes off, a change that fairly quickly leads to the cigar turning dry and rough on the throat, the first such irritation I’ve picked up from what has been an otherwise very smooth profile. It’s not a complete crash of the flavors that stops me from smoking the cigar down to a nub, but it is a departure that brings the score down a few ticks. James Brown said the Black Label Trading Co. Deliverance Porcelain Corona Gorda had a a different profile from what one might expect, saying it is a Connecticut geared towards the company's consumers, and the more I think about it, that is a pretty accurate synopsis of what the cigar is. Yes, it is a Connecticut, and while the company hasn't expressly billed it as part of the next—current?—generation of Connecticut cigars, it definitely belongs in that group. The Nicaragua and Pennsylvanian tobacco that sits underneath the Connecticut wrapper gives it an unmistakably different level of flavor and strength, while still staying fairly true to Brown's signature style as a blender. If that's something of interest, than the Deliverance Porcelain is definitely a cigar worth trying, yet by being what it is, it might be too much for a Connecticut and not enough for a Black Label fan.