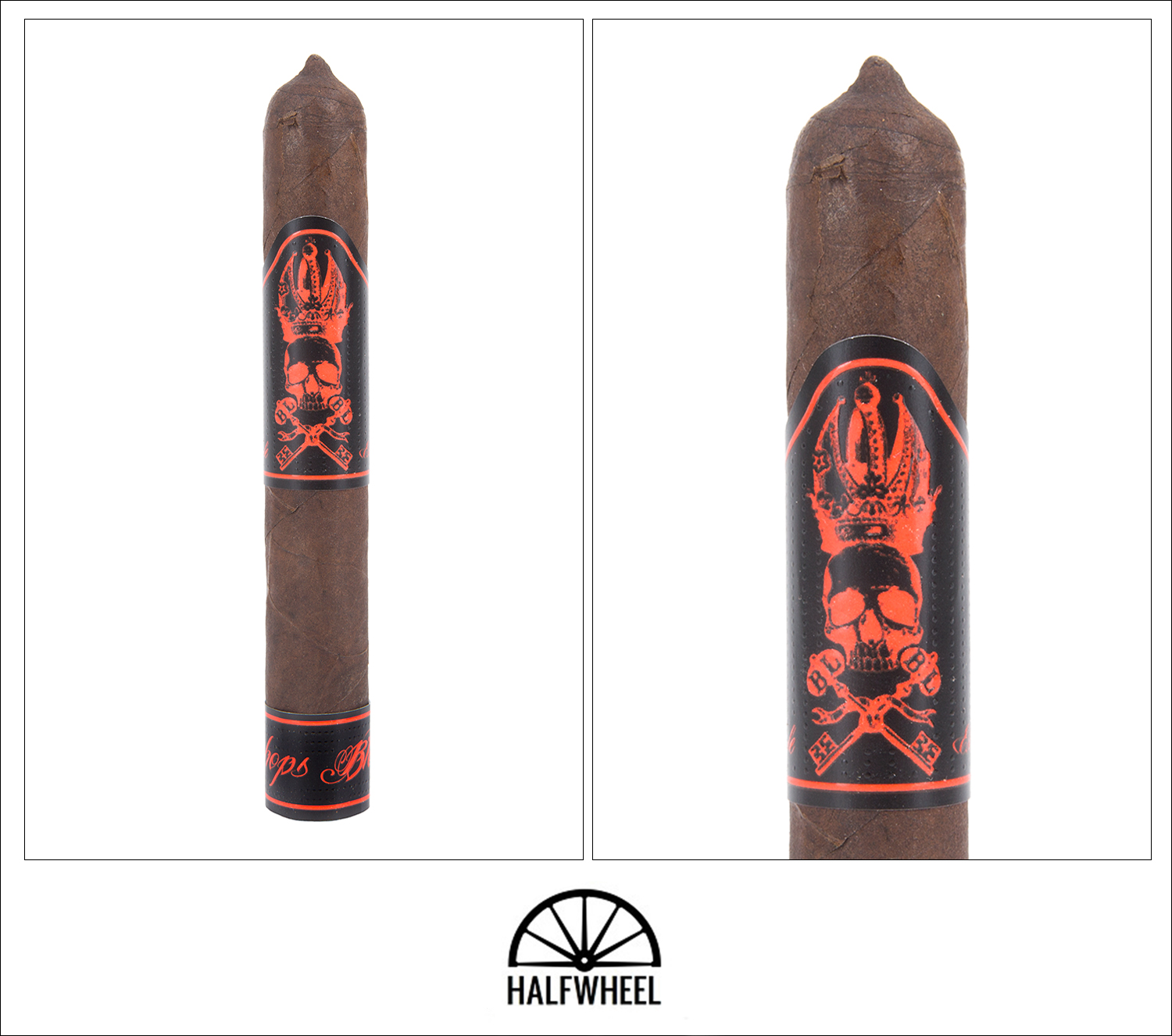 If you like extras on your cigar, the Bishops Blend should certainly fit the bill as there is a stylized cap that looks like a Hershey’s Kiss, a closed foot and a secondary band at the foot. To top it off, the bands have rows of very subtly impressed dots that provide some added texture for the fingers. Underneath the toothy, dark brown wrapper is a firm core but one that has just a touch of give and therefore isn’t overly concerning. The wrapper itself is gorgeous, with flat veins, impressively uniform color and very smooth feel in the fingers. From the foot, an aroma of cool meat is most prevalent, though there are hints at mint, brownies and chocolate chips in the background. Air moves well through the cigar on the cold draw, which offers a bit of Hershey’s chocolate syrup, though much thinner as if a few drops were added to a glass of cold milk, while nods toward cool steak and milk chocolate are also given at times.

The Black Label Trading Co. Bishops Blend starts out with a complex balance between sweet milk chocolate and rich steak, with a respectable amount of pepper carefully measured in as well, particularly through the nose where it is sharp and almost unrestrained. While much subtler, the cigar’s resting aroma is as good if not better than what is conveyed with a draw and retrohale, much like a smell of a favorite dish wafting out of the kitchen. The first clump of ash breaks off disappointingly fast, no more than a half inch in length, but with it comes clearer flavors of the meatiness and a much more peppery profile, particularly through the nose where it is clean, clear and bright. The aroma continues to be one of the shining aspects of this cigar, with a warm chocolate note wafting into the air in between draws. The flavor transitions out of steak and into a pepperoni stick as the first third yields to the second. 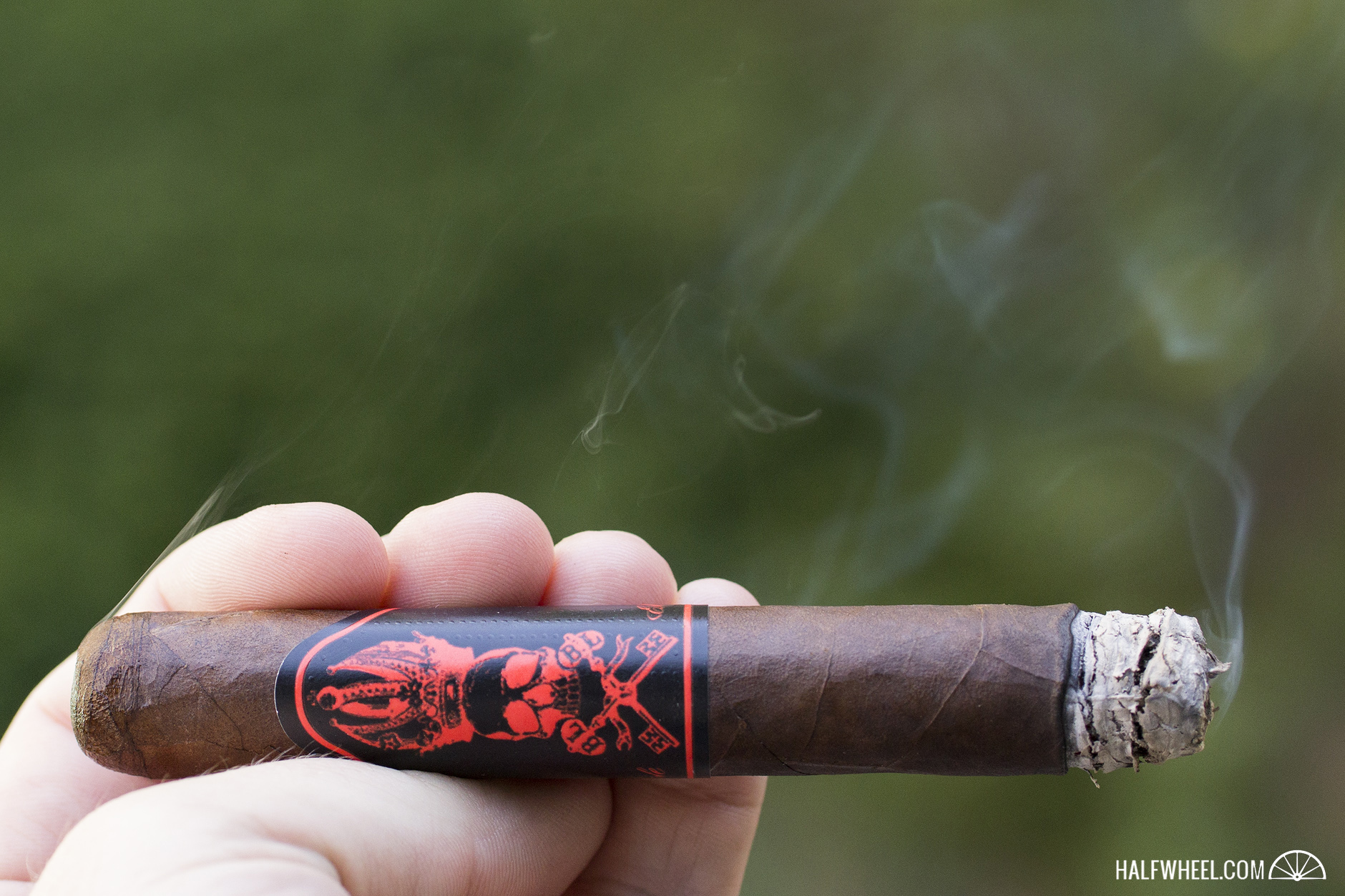 I had briefly forgotten about how potent the retrohales were when I took my first one of the second third, and the pepper had me reeling from its strength, though it is by no means overbearing or muddied amidst other flavors. It is as crisp of a pepper as I can remember, and one that is quite enjoyable. It’s not all pepper though, as a thick grape jelly aromatic comes along as well, and only reinforces the Bishops Blend’s unspoken directive to pay attention to the aroma of the smoke while the cigar rests. It also serves to add a different touch of sweetness to the already complex profile, which has largely been focused on a chocolate note. The pepper has picked up force on the palate, and while not harsh, is a bit more aggressive than it has been prior. Cocoa powder stands out amongst the updated profile, while the burn continues to be fantastic. 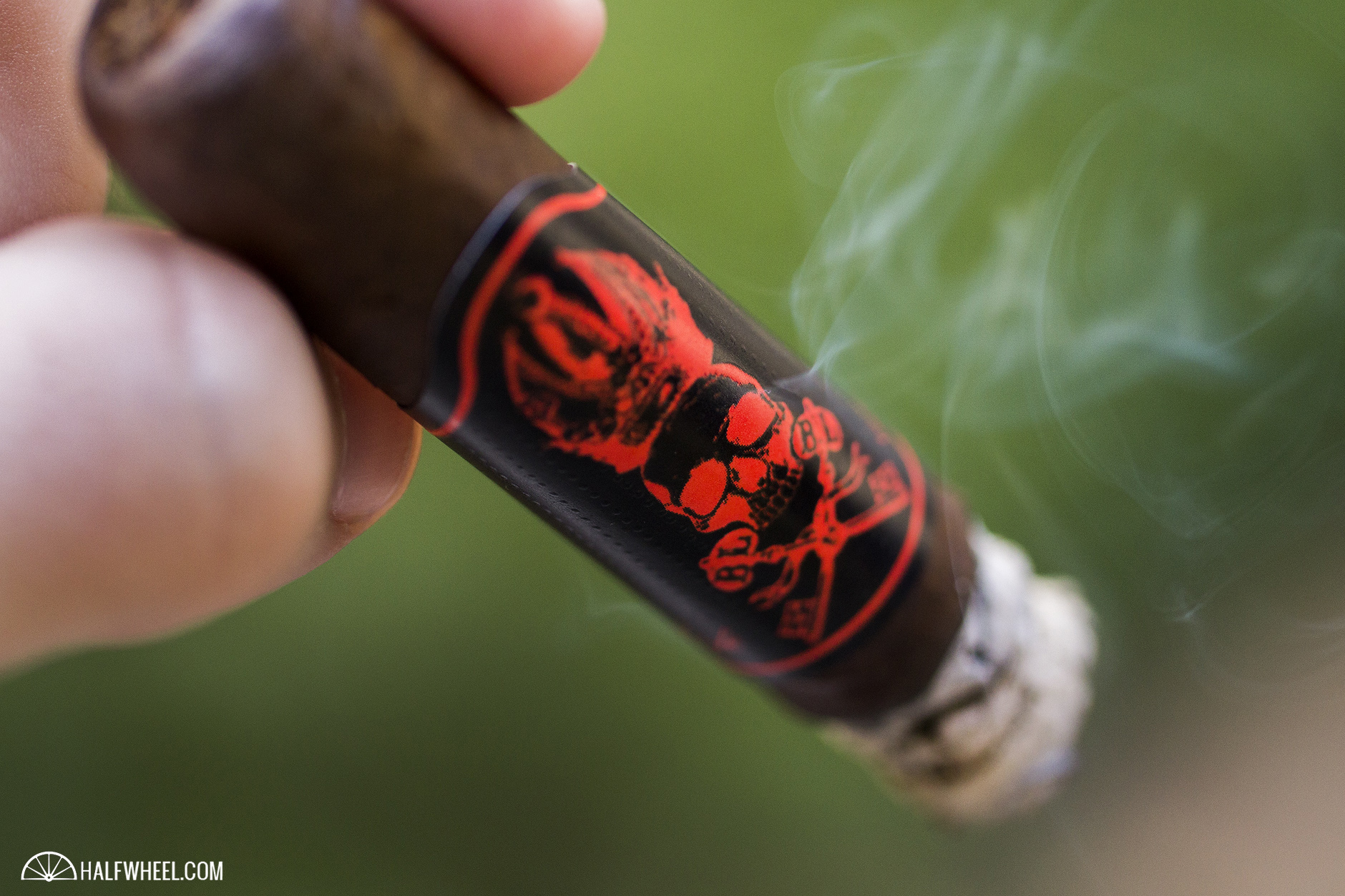 I find myself enthralled by the aroma of the Bishops Blend as it enters its final third, which is about as complex as I can remember thanks to servings of chocolate brownie, grape jam, pepper and touches of cedar. The profile stays largely the same, though there is a bit of brown sugar that flits in and out at times, while the cedar seems to want to play a more dominant role, both of which are very enjoyable and completely welcomed. The cigar finishes with continued prevalence from the pepper, but also complexity and balance in spades, with an easy draw, crisp burn line and plenty of smoke. 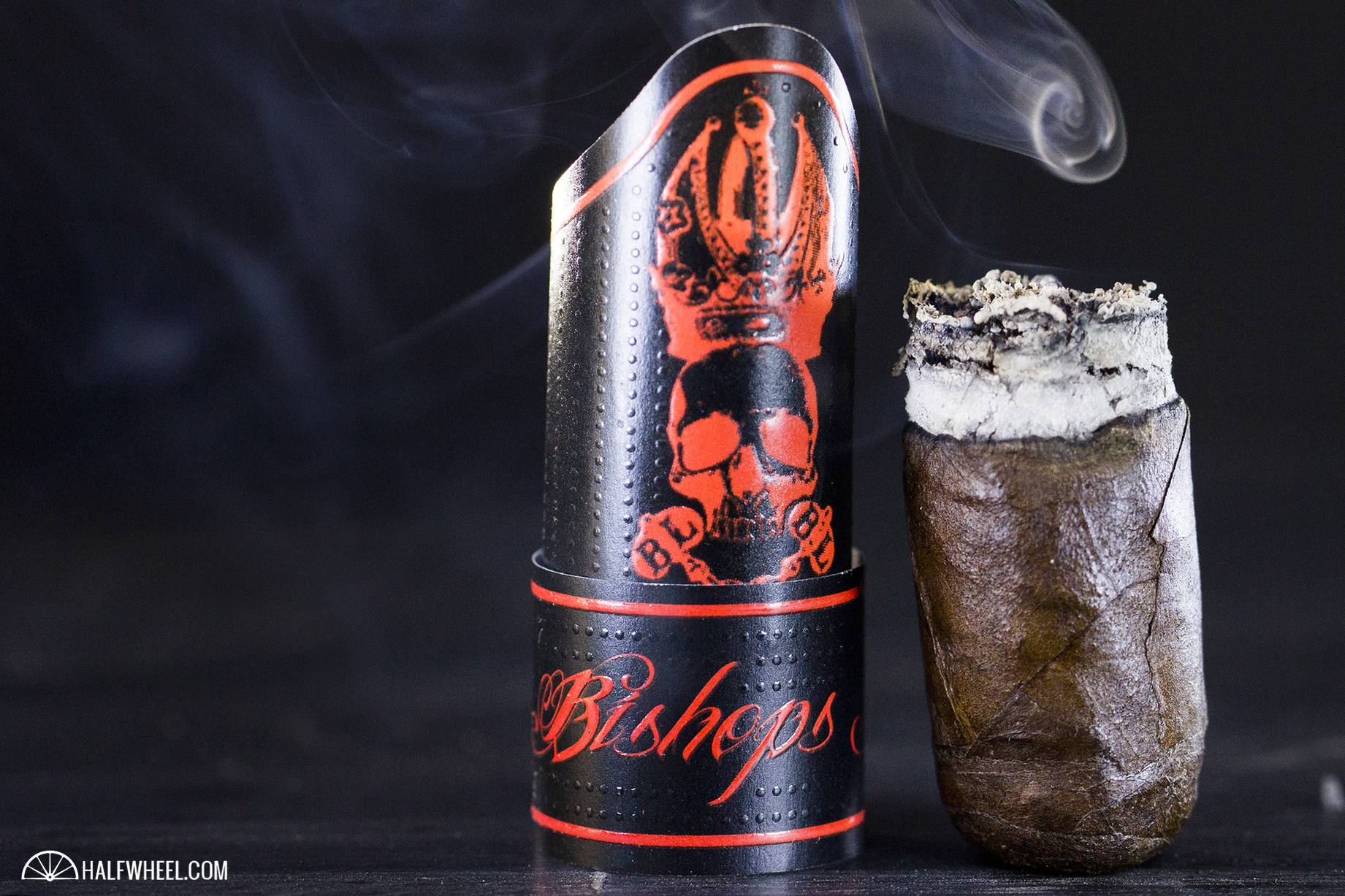 The balance, complexity, aroma and finish of the Black Label Trading Co. Bishops Blend Robusto is nothing short of stellar; combined with the outstanding burn and technical performance, this is one of the best new cigars I have smoked this year, and the second sample may be the best single cigar I have smoked in 2016. Everything about this cigar seems to be right, from the bright pepper to the rich chocolate, to the way everything is assembled into a distinct vitola. If you’re ready to dive into a complex, flavorful and immensely enjoyable cigar, I highly recommend seeking out this one.