At next week’s IPCPR Convention & Trade Show, one of the most unique cigar shapes of the last decade will return to the market in the form of the Berger & Argenti Entubar.

The cigar—which debuted in 2009 as part of a company formed between the late Kiki Berger and brothers Al and Michael Argenti—was noted for its foot, which featured a caution warning and a protruding cylinder of tobacco. While the yellow warning foot band is gone, the signature foot is back. 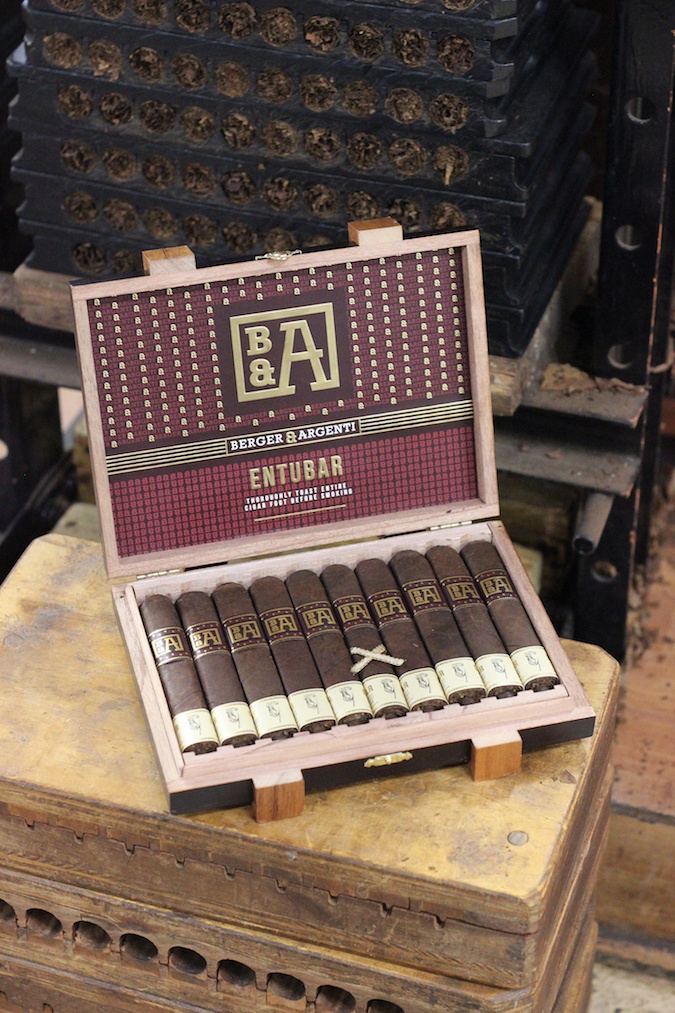 As the name implies, the Entubar uses the entubado rolling method, a technique once prominent in Cuba where the filler leaves are rolled into thin tubes. This method, which takes longer than most other bunching techniques, is used to help improve draw and flavor. The Entubar took this one step forward by actually having part of the filler extend about a third of an inch out of the rest of the foot.

They are being made at an undisclosed factory in Nicaragua, which Michael Argenti told halfwheel he has an interest in.

It’s one of two projects being shown off by Michael Argenti at next week’s IPCPR Convention & Trade Show.

Argenti says he will begin shipping the cigars immediately after the show.