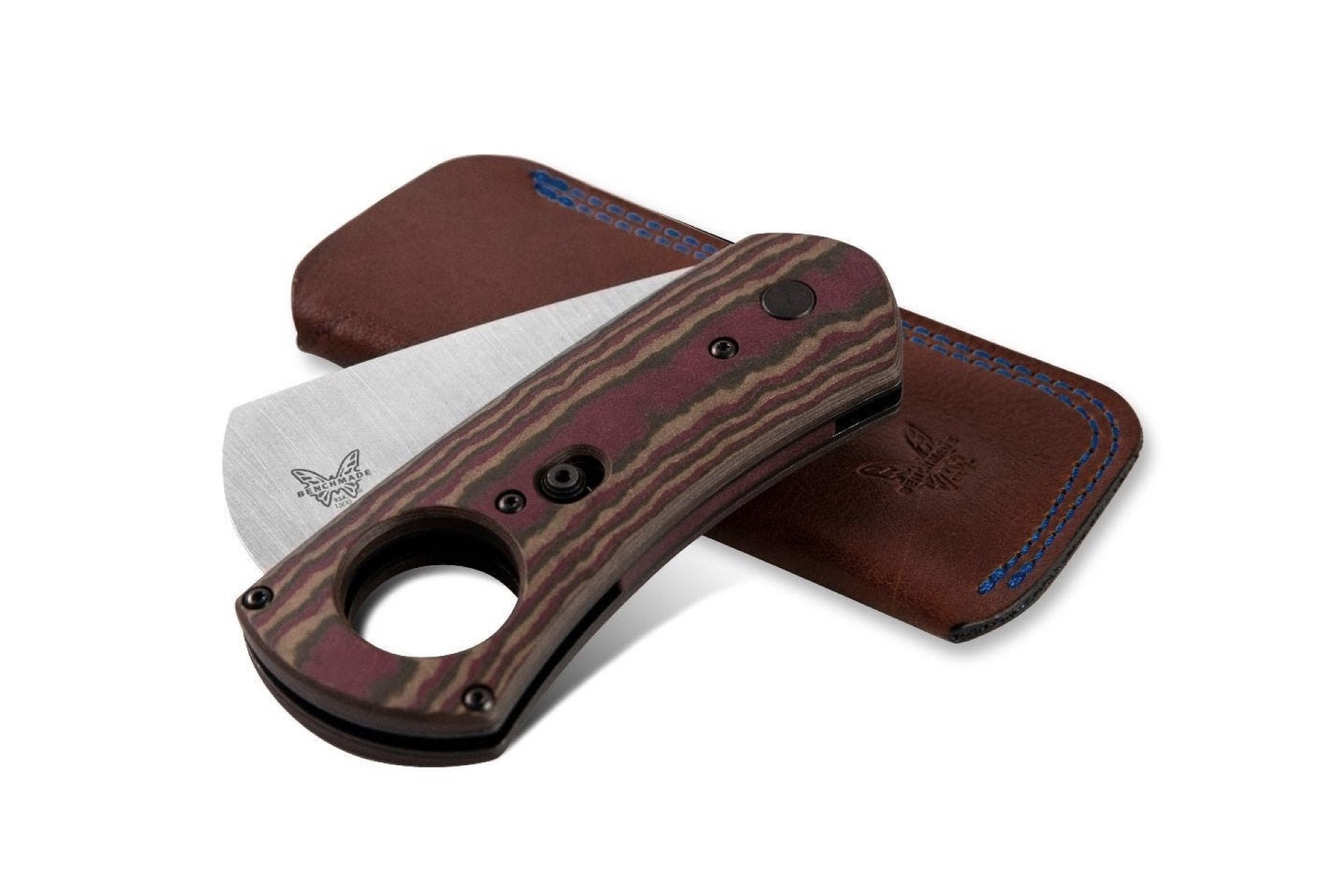 Over the last two years, Benchmade Knife Co. has sold a variety of high-priced, limited edition cutters using a similar single guillotine design. Now, the company is adding a regular production version at a much more affordable price.

The Benchmade 1500 Cigar Cutter ($250) is similar to the five limited-edition versions in design but is substantially more affordable. This version uses a Richlite handle and a CPM-S30V blade. To use the cutter you open the AXIS-lock function which releases the blade, place the cap of the cigar in the circular opening and then press down on the blade until it locks back into place.

Functionally, there are some differences with the 1500 compared to the earlier cutters. Benchmade has moved the edge closer to the end of the handle and made a more aggressive bias offset on the blade to help improve the cutting ability of the cutter.

The new cutter is expected to begin shipping on Sept. 18.