Benchmade Knife Co. has long been known for its extremely high-quality knives that carry equally high prices, but earlier this year the Oregon-based company began shipping a creation targeted towards a different market.

That creation is the Benchmade 1500-181 Cigar Cutter, a single blade guillotine cutter that incorporates CPM-S90V stainless steel housed inside a carbon fiber handle. Measuring 4.15 inches and weighing 4.2-ounces, the cutter includes a number of interesting features, including a blade that is released using Benchmade’s AXIS locking mechanism, which basically means it is opened using a release bar that can be triggered on either side of the cutter.

However, that is just the beginning, as the 1500-181 also features blue sapphire titanium oxide coated screws, dual titanium alloy foraged backspacers, carbon-coated black blades and even actual sapphires that are embedded into white gold bezels on the release bar.

Of course, all of these features come at a cost. In this case, that MSRP is $1,000, although street prices seem to come in around the $850 mark. There were only 250 of the cutters released, all of which were made in America.

Put simply, the Benchmade 1500-181 is a modified version of a single-blade guillotine cutter, albeit with a fairly unique design. When it is closed, the blade is almost completely hidden within the housing—the only part you can see is when you look through the space where the cap goes, where you will see the Benchmade logo—but simply pulling back firmly on the trigger on either side of the cutter causes the blade to pop up with a dull thunk, opening up the hole where you put the cigar. Then it is a simple matter of inserting the cap of the cigar you are about to enjoy and pushing down on the blade, which causes the blade to pass through the cigar until it hits the end of its journey with a satisfying click. The blade then stays hidden in that position until you activate the trigger again.

After almost a month of constant use, I can tell you that this is an amazing cutter to physically use: the balance when holding it is excellent, the blade is sharp and it is so well-made that it never came close to being anything less than an absolute joy to pick up and use. Unfortunately, there is more to a cigar cutter than how it feels and how it looks, and in that regard, the Benchmade had some significant failures.

The first few times I cut cigars, I was left with a small “shelf” sticking up at the back end that was quite obvious. Assuming that I just needed to adjust my technique a bit, I tried a number of different options: I pushed the blade harder and softer, faster and slower, I even twisted the cigar slightly while cutting caps, all to no avail. No matter what I tried, the vast majority of times I cut a cap with this cutter, I was left with that same obvious “shelf” sticking up from the back of the cut. In fact, a couple of times, the blade did a better job of completely destroying the cap as opposed to cutting it, although that was a fairly rare occurrence.

The major issue seems to be one of design: if you look through the bottom of the housing—you can see what I am talking about in the photograph above—there is an obvious gap between the blade and the edge of the inside housing. Basically, this means that when you cut a cigar, there is almost always going to be a small portion of the cap that is going to be left uncut, regardless of what you do to try and mitigate that fact.

Having said that, there were times that I was able to get a clean cut, as you can see from another of the photographs above. However, those clean cuts were few and far between, and never amounted to more than about 10 percent of the total number of cigars that I used the cutter on. 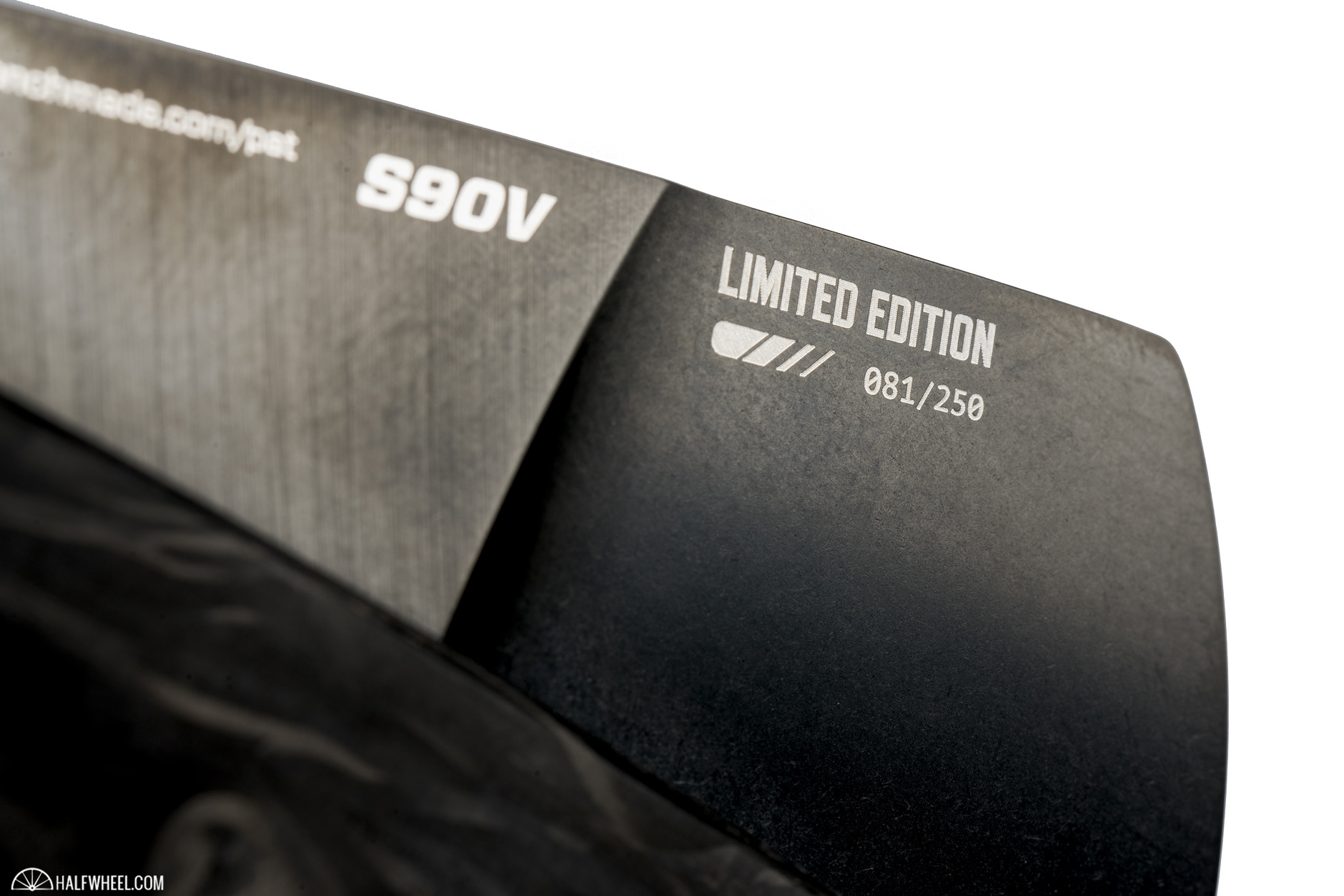 While there are no direct competitors that feature a similar single action blade and quality of materials, there are some single blade cutters on the market. One interesting option is the Les Fines Lames Cigar Knife—I cutter I will be reviewing in the future—which is a French-made folding knife with a place to insert cigars to be cut that is built with MOX27Co cutlery stainless steel and is priced around $500. If you are looking to increase the amount of Instagram likes on pictures of cigars you are never smoking, this is a great tool with which to do so. If you want to cut a cigar, it’s not. This is a cutter you want to have until you actually use it. The Benchmade 1500-181 is a combination of quality materials, amazing visuals and wonderful balance, plus it is made in America. But, the cutter fails at cutting cigars effectively and so it doesn’t really matter if it’s $1,000 or $1, made in America or made in China—it just doesn’t work.