Ask a tobacco grower whether the job is art or science, and you’ll likely hear that it’s both. It’s more a matter of knowing when to invoke scientific techniques and when to use a more artistic approach to achieve the goal.

Two years ago, A.J. Fernandez released a cigar that invokes the latter’s name, specifically, fine arts. The original Bellas Artes debuted at the 2016 IPCPR Convention & Trade Show; a four-vitola line that features a Nicaraguan hybrid wrapper that Fernandez called rojita, a cross between Connecticut 8212, corojo 99 and Havana 2000 seeds. Underneath that is a Nicaraguan Havana 92 binder and fillers from Brazil, Honduras and Nicaragua.

For the follow-up maduro version that was released at this year’s trade show, Fernandez selected a Brazilian mata fina wrapper, Mexican San Andrés binder and fillers from his farms in Estelí, Nicaragua. As Charlie Minato noted in his coverage of the company’s booth, the combination of a Brazilian mata fina maduro leaf with a Mexican San Andrés leaf is not one seen much in the cigar industry, which sets the cigar up for a profile that many smokers probably weren’t immediately familiar with.

It was released in four vitolas. 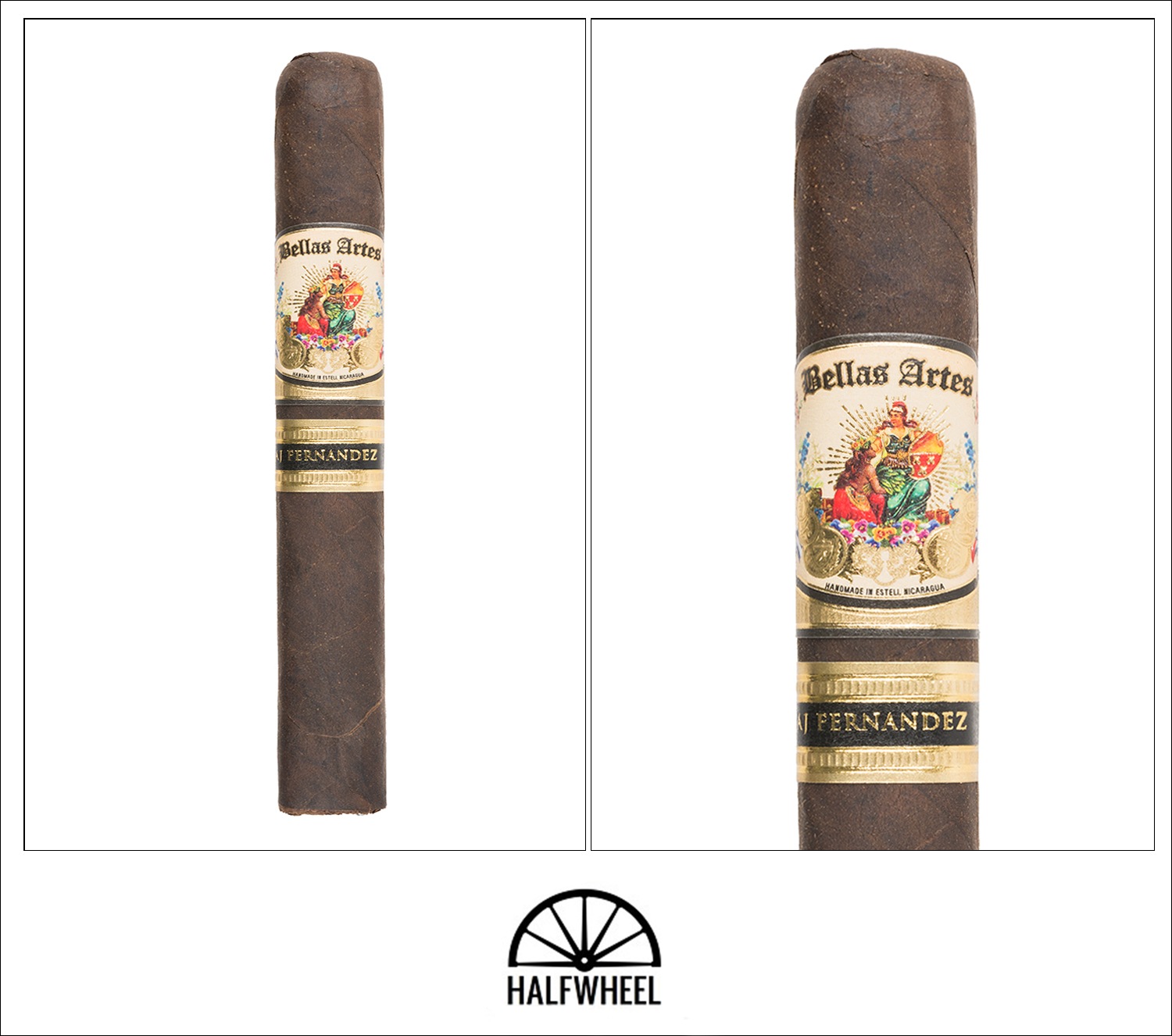 I’m not sure what it is about the Belles Artes Maduro Robusto that I noticed first: the extremely dark brown wrapper or the extreme box press with its sharply squared off edges. I can’t say that I have a preconceived notion of what a typical Brazilian mata fina wrapper looks like, but this is a gorgeous leaf; even in color with a few small veins and some very fine texture on the fingers. There’s not a lot of visible oil, but it doesn’t feel dry, either, and the color seems to be darkened further by the use of black ink on both the primary and secondary bands. It’s well-rolled, a bit firmer than most traditional box-pressed cigars but still has just a bit of give to it, and each of the three samples is capped near perfectly. The foot offers a peppery cocoa powder at first sniff, emphasis on the first descriptor more than the second. There’s a bit of chocolate syrup lingering amongst an otherwise dry smell of tobacco leaves, giving the aroma varying amounts of depth, as well as interplay between sweetness and tingling pepper. The cold draw is a bit firm with initial notes of chocolate milkshake and just a bit of pepper that takes a few seconds to develop and begin tingling the backside of the lips, though when the chocolate gets heavier it does suggest a bit of molé sauce.

For all the chocolate I found in the cigar before lighting it, I’m surprised not to get more of it in the first puffs; instead, I’m greeted with a fairly soft, thick and creamy profile, accented by building earthiness and pepper. The chocolate isn’t far behind though, as s’mores and chocolate brownies volley the flavor back and forth by the one-inch mark, relegating pepper largely to the nose, though it isn’t the typical run-of-the-mill black pepper, but rather a bit spicier and reminiscent of the sensations from Thai or Szechuan cooking. The ash is razor sharp early on and the draw is almost perfectly smooth with plenty of smoke production to boot, settling at a hearty medium body, down just a touch from where it started. While I had been trying to decipher the sweet and spicy component to the flavor that has been building, it’s not much longer before the Brazilian Mata Fina tobacco interjects itself as a leading flavor, and the result is both new to my taste buds and incredibly enjoyable, adding a unique and gentle spiciness that easily stands out. The new profile continues into the start of the Bellas Artes Maduro Robusto’s second third, and I’m incredibly grateful for it, not only because it is incredibly tasty but because it isn’t something I can recall tasting in a cigar recently. There’s still some lingering chocolate milk that I latch onto out of familiarity, and the pepper is immediately recognizable, but it’s with eager anticipation I wait to see how the Mata Fina begins to shape the profile. The second sample adds a black coffee note that I didn’t get in the first, and unfortunately doesn’t show as much of the Mata Fina sweet and spicy combination as I had hoped, using it as a faint accent as opposed to a primary flavor. The second third closes out with a departure of the sweet and spicy flavors that began it, with the flavor being transitioned out by some apple, an impressively aligned flavor added to the profile. The technical performance is still stellar, though there are a few errant clumps of ash that fall off without prompting and other than in the ashtray. The final third of the Bellas Artes Maduro Robusto brings about some more transitions, as the cigar starts shuffling chocolate brownies, earth, black pepper and spiciness not only into the profile but around in quantity. The pepper now imparts more a tingle to the tongue and lips, progressing to the point where it adds some distinct bite, though the flavor is still quite good. The chocolate tends to dry out the palate, helped by the remaining flavors as well, as the earlier creaminess is now a memory, as is the accompanying sweetness from the Brazilian Mata Fina, leaving it to offer a drier profile of red chili pepper flakes. I can’t quite say the finish is as ideal as I would have hoped, especially given the high points that the cigar achieved in the second third, but a good bit of spice and pepper on top of a dry, chocolate earth carry the cigar to the finish line. While I’m always looking for high quality tobacco and a complex blend in the cigars that I smoke, there is something quite appealing and satisfying about being presented with a new flavor profile that is different from what could be considered some of the norms on the market today. That is exactly what the Bellas Artes Maduro Robusto does, and while it doesn’t always reach the same high points, it does perform quite consistently, hitting the same notes and repeating the same flavor and strength trajectory. Tack on near flawless construction and you have a cigar worth trying, particularly if you can spend some time focusing on the flavors and experiencing a combination of tobaccos not commonly found among current offerings.