While it would seem appropriate to release a candela-wrapped cigar for St. Patrick’s Day, Battleground Cigars takes a bit different approach, deciding to infuse a cigar with Irish whiskey.

The Gen. Patrick Cleburne is constructed with a Connecticut broadleaf wrapper over Dominican tobaccos that once made are placed in whiskey barrels to age where they are infused with whiskey. The company says the cigar offers a hint of whiskey sweetness on top of a smooth and creamy profile. 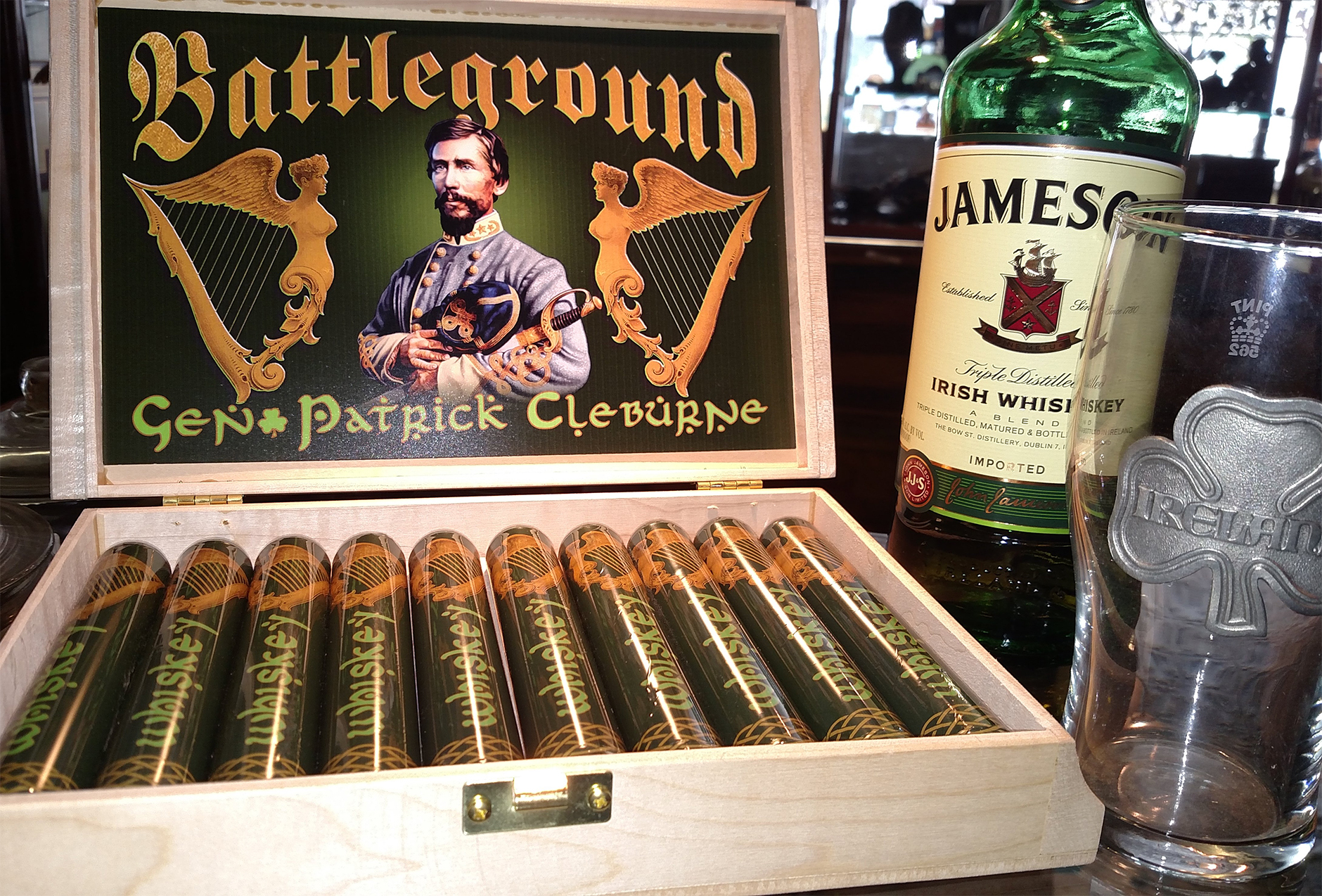 The cigar gets its name from an Irish-born American soldier who is best known for his service in the Confederate States Army during the Civil War, though his allegiance is said to stem not from a belief in slavery, but an allegiance to the people and place where he settled, the city of Helena, Arkansas.

He was born in County Cork, Ireland and emigrated to the United States in 1846, rising from a private soldier in a local militia to the rank of major general. He was killed in battle in 1864 during the Battle of Franklin. There are counties in both Alabama and Arkansas named for him, as is the city of Cleburne, Texas.

The General Patrick Cleburne is currently available at retail with an MSRP of $10.95 before taxes. It is being released in a single vitola, a 6 1/4 x 49 toro, that comes packed in aluminum tubes packed 10 to a box, or in bundles of 10.

The company is not disclosing where the cigar is being made or what kind of whiskey is being used to infuse the cigars.