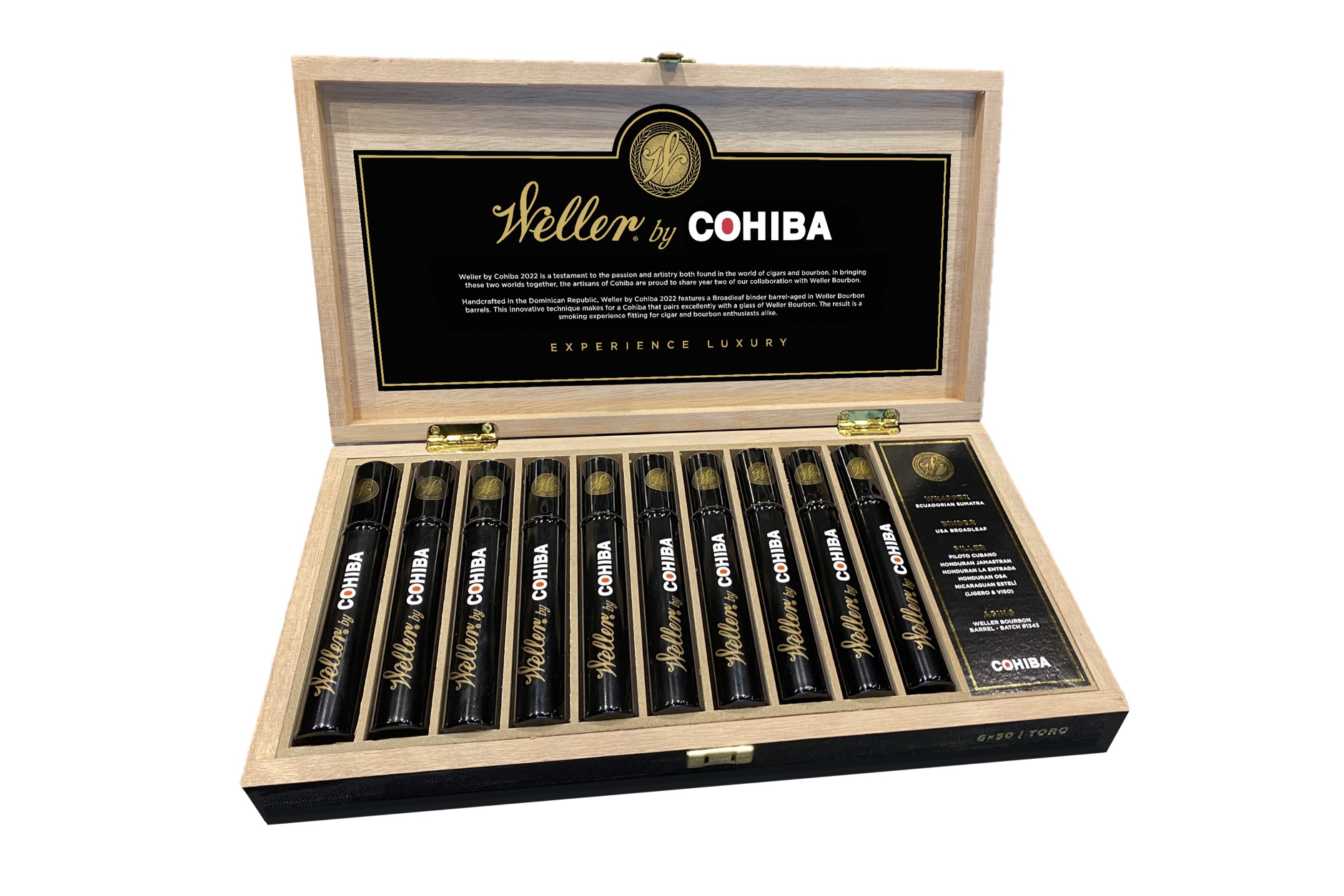 The 2022 version of the Weller by Cohiba is a 6 x 50 toro that uses an Ecuadorian Sumatra wrapper over a Connecticut broadleaf binder and fillers from the Dominican Republic, Estelí, Nicaragua and three regions in Honduras: Jamastran, La Entrada and Olancho San Agustin.

Only the Connecticut broadleaf binder is barrel-aged. General Cigar Co. says it transported spent bourbon barrels from the Buffalo Trace Distillery in Frankfort, Ky. to the General Cigar Dominicana factory in the Dominican Republic. This is the first time a Cohiba has featured barrel-aged tobacco.

The Weller by Cohiba 2022 has an MSRP of $24.99 per cigar. Each cigar is packaged in an aluminum tube and the tubes are sold in boxes of 10 cigars. It will begin shipping to stores on Friday, Sept. 23.

“For our second expression of Weller by Cohiba, we set out to deepen the connection between the cigar and the spirit, and we did this through our proprietary barrel aging process for tobacco,” said Sean Williams, Cohiba’s brand ambassador, in a press release “In allowing the binder leaf to age in bourbon barrels, we have added another dimension to the smoking experience which offers rich notes of cedar, honey and a subtle spice that come to life on the palate and in the aroma. This blend is exceptional.”

The original Weller by Cohiba is a 5 1/2 x 50 robusto extra that uses a Honduran wrapper over a Connecticut habano medio tiempo binder and fillers from Estelí and Ometepe, Nicaragua. It did not feature any barrel-aged tobaccos.

Scandinavian Tobacco Group—which owns General as well as Cigars International and others—has collaborated with a number of Buffalo Trace brands for a total of now five projects. The other three releases have been a Buffalo Trace cigar sold through Meier & Dutch, an Eagle Rare gift set sold by Cigars International and a cinnamon-flavored Fireball cigar.