For the last five years, we’ve constantly been writing about how what’s old is new again. It’s a phenomenon brought on, in my opinion, by two main forces: 1. the feeling from most cigar companies that they need to consistently be introducing “new” items; 2. FDA regulations have encouraged cigar companies to reintroduce discontinued lines because it is likely easier to comply with older products versus new products.

Most of the time when we are writing about what’s old is new again, we are discussing a cigar company bringing back an old line. Every once in a while, the subjects drift a bit from that course. Today’s review is one of them.

In June 2016—less than two months after the aforementioned FDA regulations were finalized—Danny Vazquez launched his own cigar company: Baracoa Cigar Co. Vazquez debuted with one line, The Voyage, which was made at La Aurora.

A little more than a year later, Vazquez announced that he was shutting down his company, in part due to the uncertainty regarding FDA regulations. At that time, and certainly before it, I think many thought there would be more companies who would shut down like Baracoa. But those doomsday scenarios have never materialized, in part because the arduous parts of the regulations have either been delayed or whittled down, but also because the doomsday scenarios that many had talked about just weren’t realistic.

Vazquez would go on to work for RoMa Craft Tobac as one of the company’s sales representatives until August 2020 when he announced he was leaving the company. Shortly thereafter, it became clear that he had plans to restart Baracoa.

It relaunched on April 10 at an event at Son’s Cigar & Lounge in Exton, Pa. There are three sizes offered of the new blend: While the blend is new, the packaging is pretty similar to the original. The one difference is that the new cigar’s band is much more yellow than the original as you can see above. 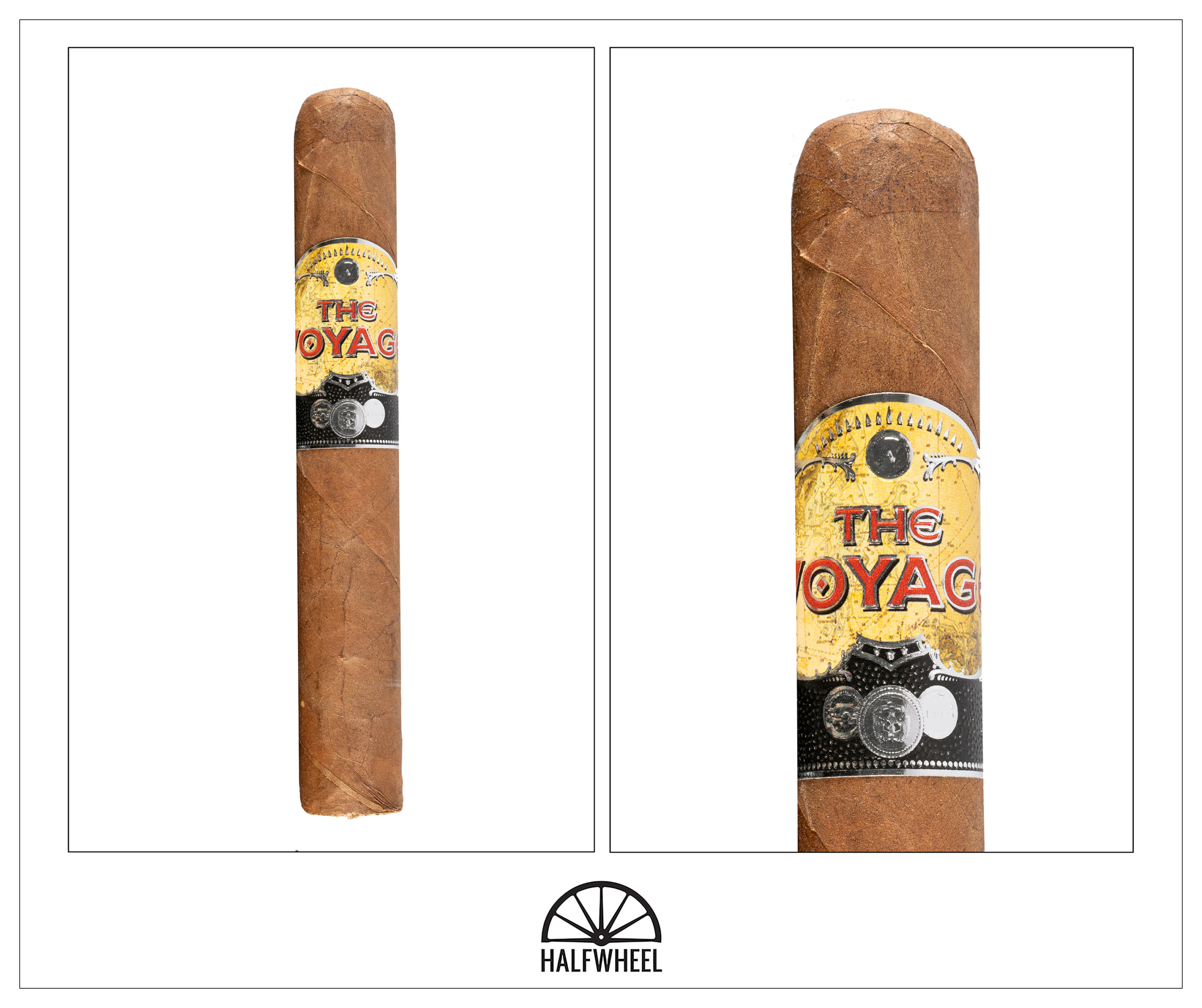 The light milk chocolate wrapper might be too clean for its own nature. It has a remarkably uniform color, which means that the veins and jaggedness of the wrapper cuts that were made on the table stand out. That being said, from a color standpoint, I think most people would be thrilled to have this. Keeping with the milk chocolate theme, the wrapper smells like milk chocolate. There’s some barnyard, hay and saltiness underneath, but for the most part, it’s a blast of milk chocolate. The foot is a bit milder in profile, around medium-plus, and smells very different. My best description is a mixture of Thousand Island dressing and some paint. It’s not the smell I get when I’m concerned that paint or chemicals from the box-making have gotten onto the cigar, but it does remind me a bit of a freshly painted room. Fortunately, the cold draws have profiles that are a bit more enjoyable: lots of pretzel over some berry sweetness and lesser notes of caramel and creaminess. All three samples have open cold draws, which isn’t my favorite precursor to lighting a cigar.

Sometimes lighting the cigar can help to tighten a draw, but that’s not the case with The Voyage. The first puff is still open, though there’s enough resistance that I’m able to get enough smoke to pick up nuttiness, pretzels and a touch of creaminess, altogether around medium-plus. Once I’ve adjusted my smoking rate to account for a more open draw, the flavors become a bit more intense and enjoyable. There are three leading flavors—creaminess, earthiness and peanut shells—that each lay claims to the top spot at various points of the cigars. Underneath them are a poultry-like meatiness and some fruit flavors. It finishes with a pretty pedestrian mixture of creaminess and minerals. It might be simple, but it’s fine enough for me. Retrohales are smooth and developed with a corn-based whiskey flavor, sweet fruity flavors, leather, saltiness and a touch of white pepper. After the smoke has left my nostrils, I’m left with a mixture similar to Worcestershire sauce along with creaminess, grains and nutiness. Flavor is medium-full, body is medium and strength is medium. All three cigars have open draws that force me to smoke quicker than I’d like. One sample has great, even forming ash; another is average, and one sample is a complete mess as far as the burn line.

Whether or not The Voyage uses Dominican olor tobacco, I’m getting some of the flavors I associate with the tobacco. It’s the musty flavor that many people associate with Davidoff blends. While it’s not the strongest flavor in the second third of The Voyage, it’s noticeable. The main flavor is a combination of nuttiness and hay. Underneath that pair is the aforementioned olor-like mustiness, some white pepper and a bit of sharpness. It finishes with nuttiness, then some Worcestershire sauce, and after another 10 seconds, some creaminess and a weird vanilla flavor. I find that the main flavor tends to dry my mouth out, something that seems reduced during the finish. Retrohales are sharp with sunflower seeds and paprika over fruitiness, brown butter and key limes. The finish of the retrohales doesn’t hold a candle to the formal retrohales in both intensity and number of flavors, though I’m able to pick up meatiness, leather and earthiness. Flavor is full, body is medium-plus and strength is medium. On two cigars, the construction is more or less the same as the first third, but one cigar just keeps going out and doesn’t seem to want to stay lit. More specifically, one side of the cigar doesn’t, as no matter what I do, I can’t seem to get it to stay lit for longer than five minutes at a time. Every part of The Voyage’s flavor profile seems to take a step back in intensity during the final third. It’s not that it’s any worse, it just isn’t as in my face as it had been. Flavor-wise, the main profile is a combination of nuttiness and leather with white pepper underneath and some underlying sourness. It finishes with peanut shells, white pepper, creaminess and some herbs. Retroahles are still much more intense than the main profile, but not like the first or second thirds. The key lime flavor has taken the top spot, now stronger than the Worcestershire sauce and key lime flavor from before. Retrohales finish very nutty with peanut shells being the stand-out note, though there are some key limes and sharpness as well. The one cigar that I keep relighting tastes like a cigar that I keep relighting, an ever-increasing toasty affair. Flavor is medium-full—though declining in intensity—body is medium-full and strength is medium. The draw still remains open, but I’m able to make it through one sample without a single relight; the other cigar in the trio needs a touch-up and then there’s the sample that doesn’t want to stay lit. While I smoked three cigars for this review, I experienced two different cigars. The two good ones were an interesting profile that tasted more intense than the body and strength would suggest. When not retrohaling, the profile was fine and easy enough to handle, though this is one of the times in which retrohaling didn’t produce the most enjoyable smoking experience. That second sample inevitably hurt the final score quite a bit and was difficult to smoke during the second half. Unfortunately, “difficult to smoke” is the lasting thought I have regarding the new version of The Voyage. While the first and third samples did better, I felt like the inability for the cigars to stay consistently lit meant that even with the best of examples, I was forced to smoke far quicker than I would have liked and was required to pay too much attention to the cigars from start to finish.