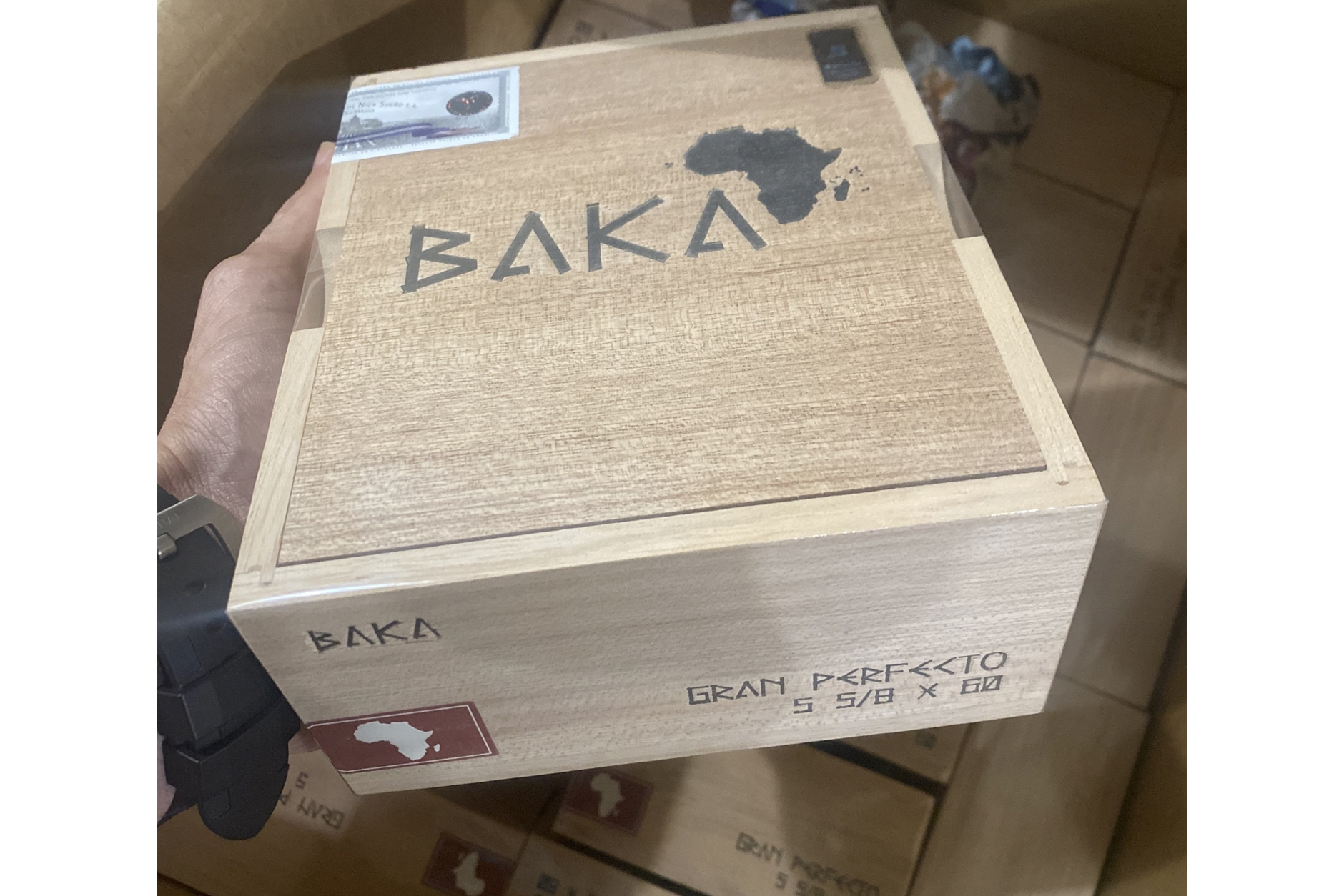 The 5 5/8 x 60 double perfecto was released last year as part of the El Catador de Los Gran Perfectos, a limited edition sampler that contained eight different blends in that shape. Since then, the plan has been to release each of the cigars as standalone items, which started this June when RoMa Craft shipped half of the cigars in the sampler to stores:

That leaves just the Wunder|Lust Gran Perfecto (5 5/8 x 60) that needs to be released. It will be priced at €16.20 per cigar and will also come in boxes of 10 cigars. RoMa Craft Tobac plans on releasing it to international markets this September.

Baka uses a Cameroon wrapper over an undisclosed binder and filler blend. The Baka Gran Perfecto has an MSRP of $16.20 per cigar and is sold in boxes of 10 cigars.