In June 2016, Davidoff of Geneva USA released a new variant of its box-pressed AVO Syncro Nicaragua line that had debuted one earlier. Named Syncro Nicaragua Fogata, the new line was introduced in four vitolas that were virtually identical to the regular Syncro Nicaragua—albeit round instead of box-pressed—with the lone exception being the 4 1/2 x 52 Short Torpedo that took the place of the 4 x 52 Short Robusto in the original line. “Fogata, meaning Bonfire or Campfire in Spanish, was a great inspiration for this new cigar, it is one of my favorite settings to share unforgettable and intimate moments with my closest of friends,” said Avo Uvezian in a press release from 2016. “With Syncro Nicaragua Fogata, we went off the beaten path in search of more intense taste experiences and are proud to now share with you this vibrant new blend in our portfolio.”

Here is what I said in my original review back in late 2016:

As my review shows, I really liked the Syncro Nicaragua, and the new extension is just as enjoyable. While the profile is far from the most complex AVO blend I have smoked, the flavors are clean and crisp, with a great combination of oak and cinnamon that is present throughout, as well as some slight maple sweetness that comes and goes. Although each of the samples got a bit hot right before the final inch, construction was excellent overall, and the slightly-less-than-medium strength was extremely well integrated. A really great option for people looking for a short and flavorful smoke, and one that I will be smoking again. 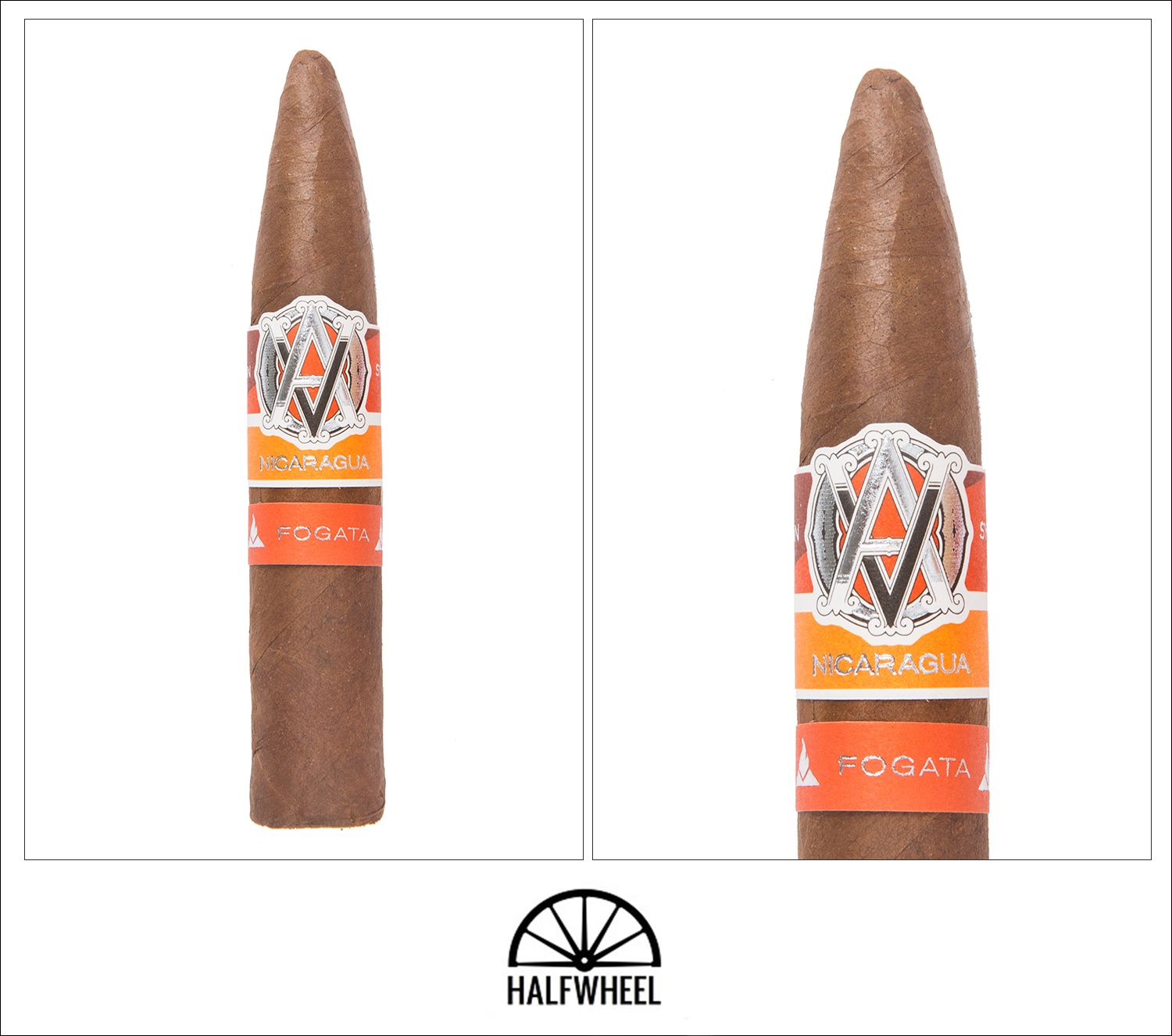 Visually, the wrapper on the AVO Syncro Nicaragua Fogata Short Torpedo seems to be a bit lighter than the samples in my first review, and while it is smooth to the touch, there is a noticeable lack of oil present. There are a number of fairly large veins running up and down the length and the cigar has a very nice amount of give when squeezed. The wrapper smells strongly of a combination of sweet hay, leather, barnyard, cedar and freshly roasted espresso beans, while the cold draw brings flavors of almond paste, cocoa powder, hay, cedar, lemongrass, earth and raisin sweetness.

The Fogata Short Torpedo does not take long to get started, with flavors of both toasted bread and leather easily moving to the top spot in the profile followed closely by lesser notes of bitter dark chocolate, cinnamon, creamy oak and a touch of floral. There are some noticeable lemongrass and spice on the finish—both of which I don’t remember from the first time I reviewed the cigar—as well as a light raisin sweetness that combines nicely with some fairly aggressive black pepper on the retrohale. While the second half of the AVO Syncro Nicaragua Fogata brings a few new notes—including milk chocolate, salted cashews and dank earth—the main combination of toasted bread and leather have no problem holding on as the dominant flavors in the profile until the end of the cigar. In addition, both the black pepper and raisin sweetness begin to lose their distinctness on the retrohale around the start of the final third, although the lemongrass note on the finish does not seem to increase or decrease in any significant way.

Construction-wise, there are no issues whatsoever with the one sample I smoked for this review, including an extremely nice draw that features just the right amount of resistance for my tastes after a Dickman cut, smoke production that is both dense and copious and a burn gives me no issues other than general waviness. Finally, the overall strength is fairly mellow, ending up at a point just under the medium mark by the time I put the nub down after 58 minutes of smoking time.

In the nearly four years between the first review of the AVO Syncro Nicaragua Fogata Short Torpedo and this one, the profile the cigar offers has changed in dramatic ways. The oak and cinnamon notes that dominated the profile have faded, replaced by a distinct toast and leather combination that persisted from the first puff to the last one. Thankfully, there were two major traits that did not change: the construction remains amazing in just about all aspects and the smoke production is outrageous for a vitola of this size. Even though the AVO Syncro Nicaragua Fogata Short Torpedo I smoked for this review has very little in common with the ones I smoked back in 2016, it easily retains some of the most important attributes that make it a great option for those looking for a shorter smoke with balance, complexity and construction you don’t have to think about.