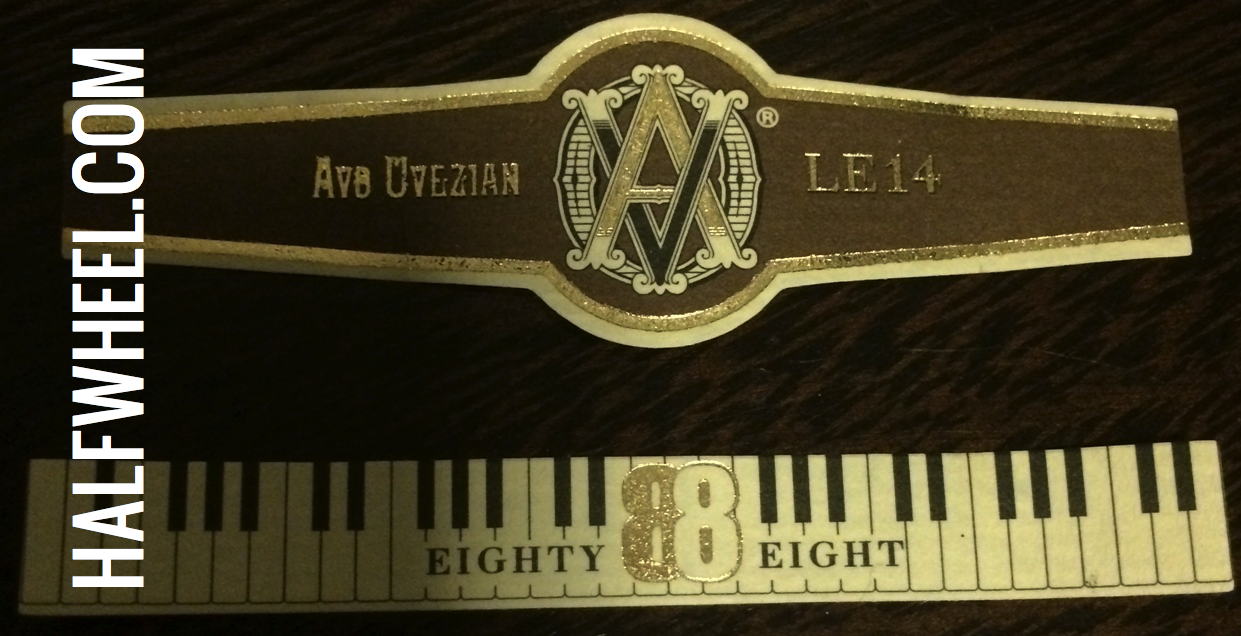 While a formal announcement will likely come in February, halfwheel has obtained the above image of the what appears to be the band, which shows the “Eighty-eight” and piano elements of the upcoming cigar. In addition to being Uvezian’s birthday, 88 also holds a special meaning for any pianist, as there are eighty-eight notes on a typical piano.

Uvezian will celebrate his birthday on March 22, he typically does a few events in the U.S. and some internationally for the launch of the cigar.

There is a slight bit of irony in the AVO brand’s use of “eighty-eight.” When Dion Giolito created Illusione, he modeled his first release, the Illusione ~88~, after the AVO 22.

“I had the cliché on the box changed to 88 – the year I decided to come to Reno,” wrote Giolito. “I was a BIG fan at the time of the AVO ~22~ packaging. I designed my private label 88 to resemble that type of cliché, even though my packaging was different. “