The three cigars it decided to bring back were the Davidoff Diademas Finas, AVO 22 and AVO LE05. All three cigars returned to store shelves sporting new packaging and it’s tough to say which received the largest makeover, other than that it definitely wasn’t the AVO 22. The original AVO LE05, which was released in 2005, was sold in basic boxes that featured taped edges and a stamped on logo. The cigars were packaged in the bundles used in the factory and sold without bands. In other words, it wasn’t exactly the most involved packaging from Davidoff.

For the 2018 version, the company added bands—two in fact—as well as new boxes that featured an acrylic, sliding lid and trays that allowed retailers to present boxes five at a time. 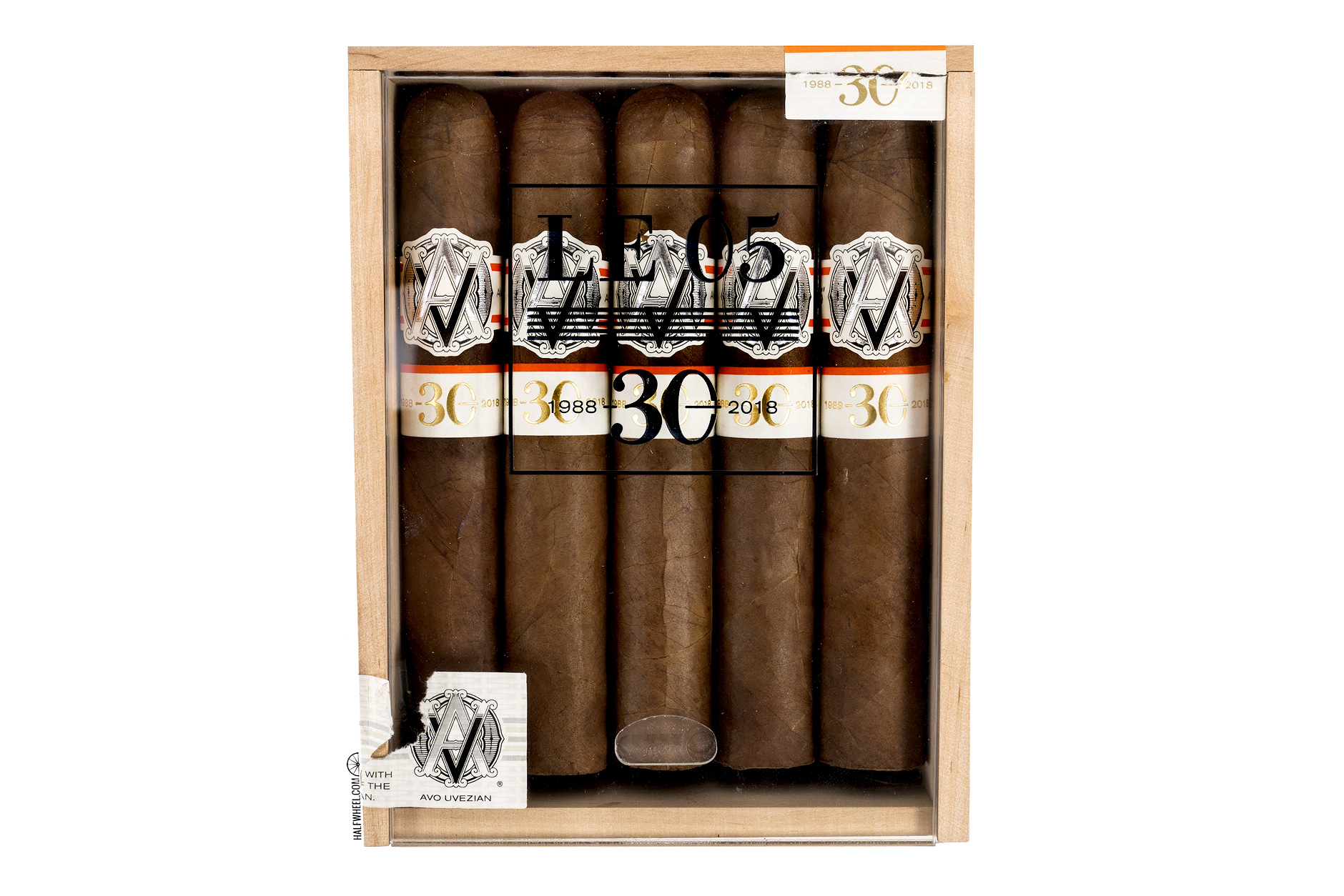 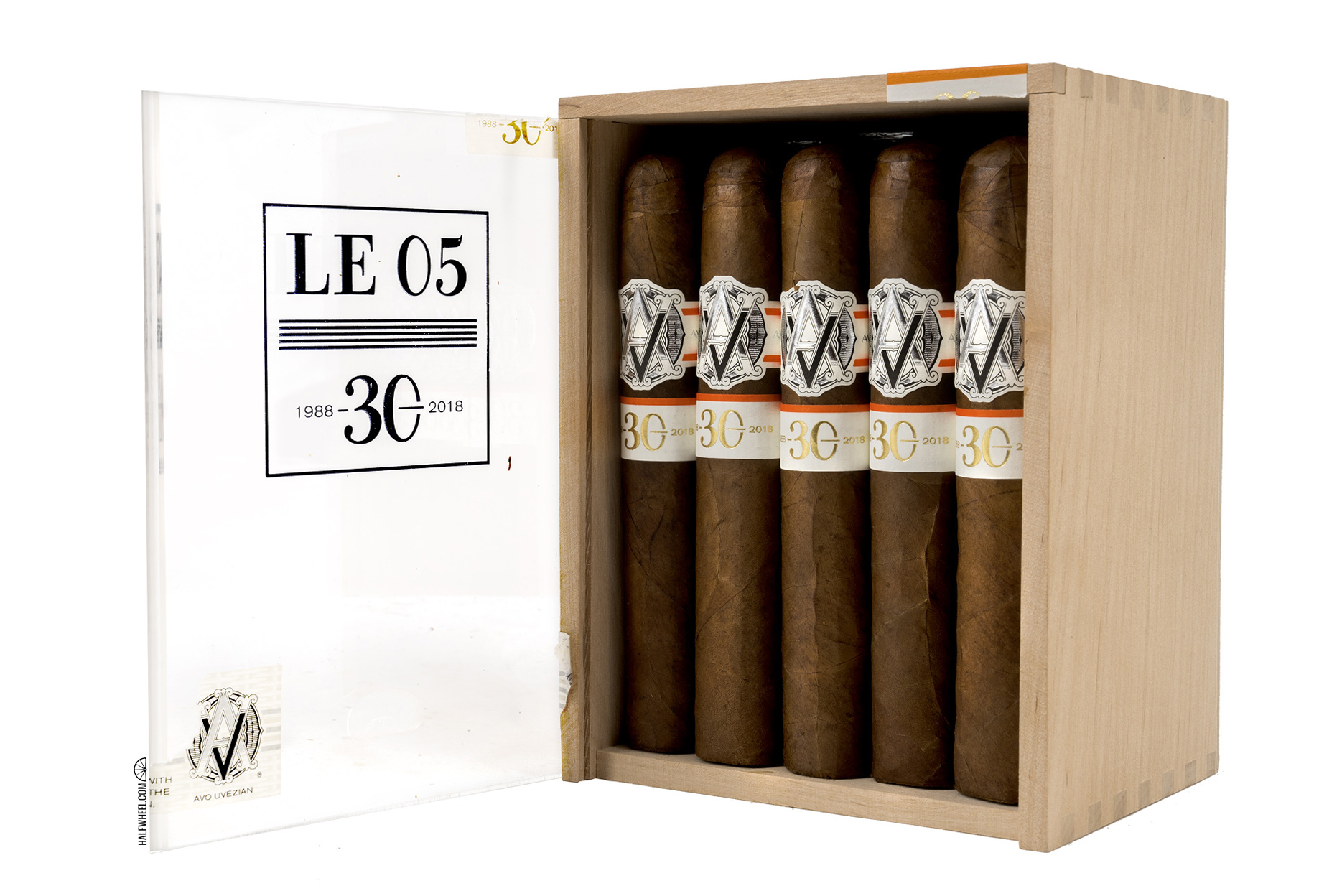 Like the original, it uses an Ecuadorian wrapper over a Dominican binder and Dominican fillers. Production was limited to just 1,500 boxes of 20 cigars, priced at $15 per cigar and $300 per box. What’s particularly notable about the LE05 is that it hadn’t previously been rereleased. In 2014, AVO released the Greatest Hits Sampler which featured 14 of the company’s previous limited editions. The only two cigars missing from that offering were the European version of the AVO 22 and the AVO LE05. Davidoff of Geneva USA had said that one of the reasons the LE05 wasn’t part of the sampler was that the company’s chief blender, Eladio Diaz, didn’t feel like he had been able to successfully recreate the LE05 in 2014. 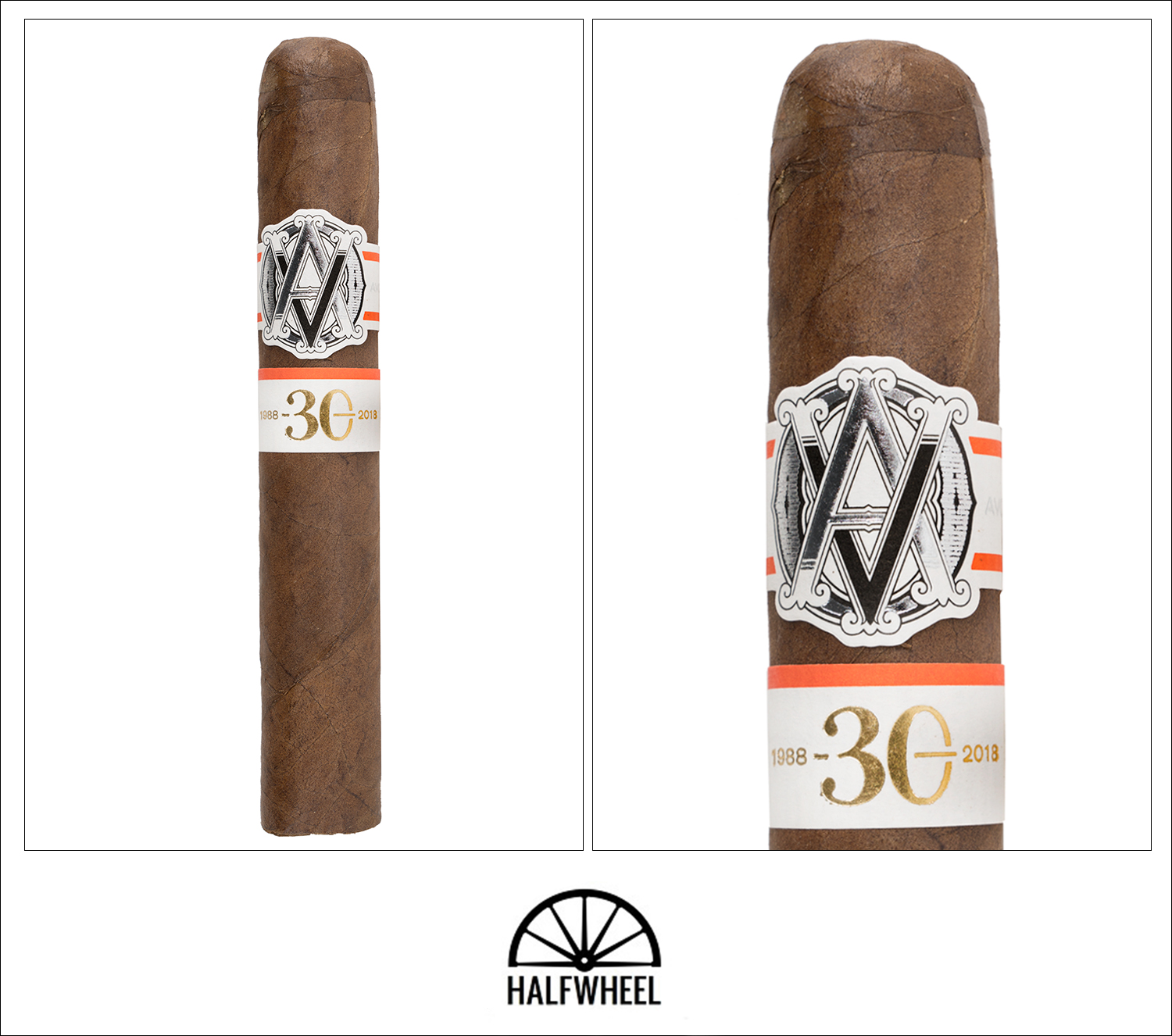 These aren’t the best-rolled cigars I’ve seen from the O.K. Cigars factory, and some of the cigars from the same box have even more noticeable small indentations, something probably due to the packaging, which has a clear piece of acrylic on top meaning I imagine the fit is tighter than a typical SLB-style box. Once out of cellophane, the AVO LE05s smell like cashews with some olor, sweetness and a bit of a barnyard funk, right around medium-full. The foot is quite similar with the barnyard notes a bit stronger and now caramel and pepper joining the fray. Cold draws produce cinnamon over roasted notes and some leather, still within the medium-full range.

There’s little question once the cigar starts that this has some olor, the Dominican tobacco that is often the source of the mustiness or mushroom flavors that are found in some Davidoff blends. While it’s not the most intense flavor—that would be earthiness—it stands out. In addition, there’s barnyard, a Nestle Tollhouse chocolate chip cookie-like sweetness, and then a deep peanut butter that extends to the finish. It’s medium-full in flavor and fuller in body. The profile makes a few turns throughout the first inch, but it’s just a rearranging of nuttiness, cinnamon, burnt coffee and the mustiness. Retrohales of the AVO produce pepper, creaminess and potato chips. Flavor is full, body is medium-full and strength is medium-plus. Two cigars have great construction, one is struggling both to stay lit and burn evenly. The peanut butter flavors that were prominent for much of the first third continue into the second third, now sitting on top of earthiness and some raspberry. At the halfway mark, orange adds itself into the fray and the peanut butter reduces a bit, but it’s still one of the three main flavors, albeit, no longer the main flavor. Retrohales deliver barbecue flavors, leather, earthiness, creaminess, sunflower seeds and a bit of the mustiness, though less than before. While pepper is almost completely absent while the smoke is in my mouth, it is building in the back of my throat into the finish, eventually becoming stronger than the main initial mouth flavors. Intensity-wise, the flavor, body and strength remain the same as the first third. Two samples continue to perform quite well construction-wise, while the other is struggling, albeit not as much as before. 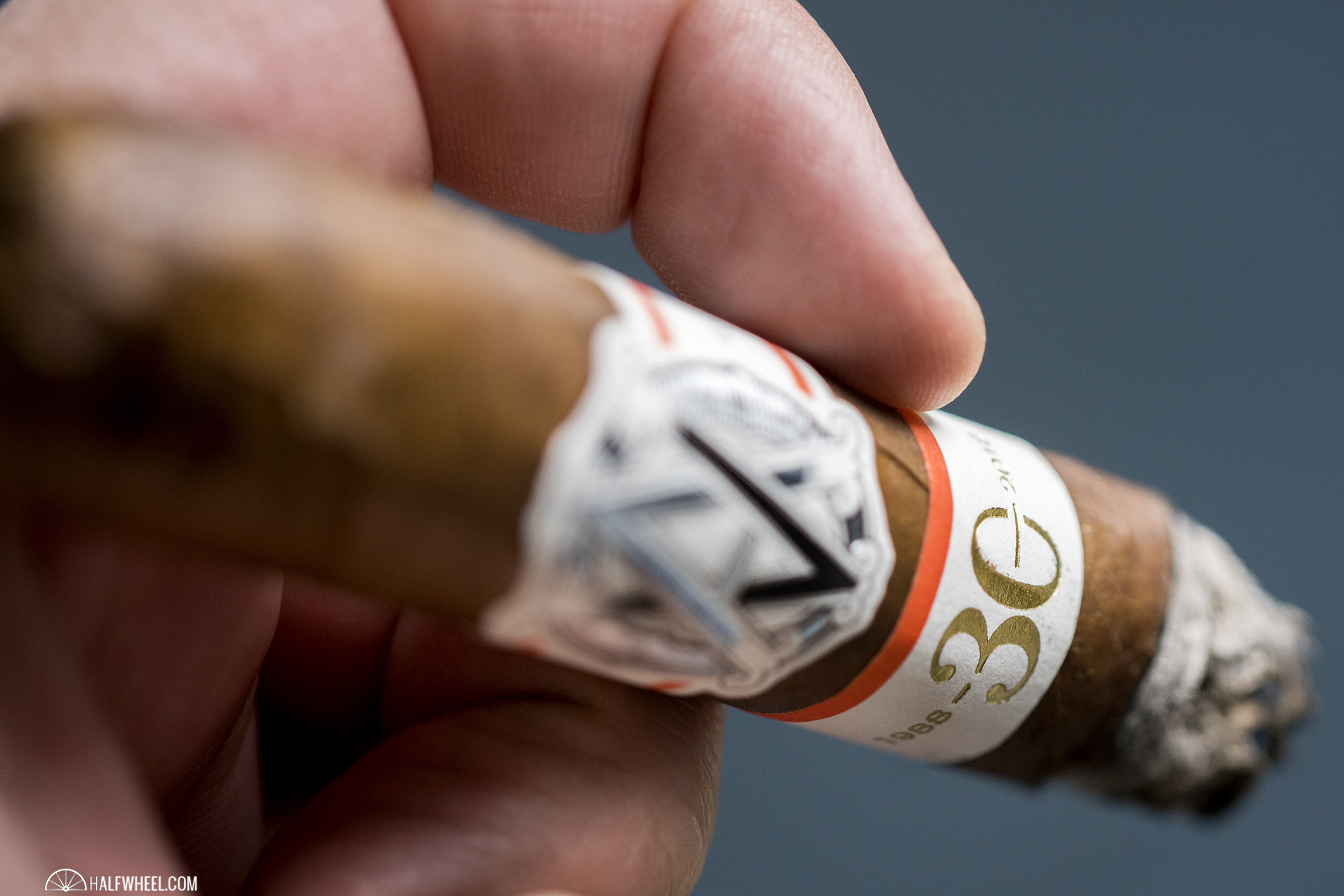 Some puffs in the final third are incredible: a crisp mixture of burnt coffee, walnuts and peanut butter that remind me more of a dessert than a cigar. Other times, while those flavors are there, the profile becomes too dry and too sharp for my liking. Each cigar sees a varied amount of each of these puffs as the cigar burns down. Of note, the pepper is completely gone, a vanishing act that took place right before the final third started. The intensity of the flavor recedes a bit, but it’s still full and the body is still medium-full and strength is still medium-plus. Each cigar needs a bit of help burn-wise getting to the finish line, but it’s nowhere near as bad as one sample had been in its early parts. Almost as much as I've said the line about anniversaries in the last week, I've repeated my comment about where the bar was as far as I was concerned. I previously said that if Davidoff could hit on just one of the three rereleases—AVO 22, LE05 or Davidoff Diademas Finas—it would be a success. Those three cigars are some of the most legendary cigars of the last couple decades and anytime you bring back a legend, it's nearly impossible to meet said expectations. I think the Diademas Finas is the best of the bunch now, and I believe it will age into the best of the bunch, but the final third of the LE05 produced my favorite moments of any of three cigars, and it wasn't even close. Due to how poorly one of the cigars burned, the score inevitably won't reflect just how good this cigar finished, which was truly phenomenal.