Spring is one of my favorite seasons for many reasons: the weather warms up, the sun stays out longer, baseball comes back, and it has become the release period for an annual limited edition from the AVO brand that celebrated the March 22 birthday of its namesake, Avo Uvezian.

That string of limited editions dates back to 2001 and includes a number of highly regarded and even legendary cigars, notably the 2002 and 2005 editions. But in 2014, Davidoff announced that the AVO brand would be getting a makeover, trimming the portfolio by roughly half and forgoing the birthday release in 2015, along with lowering price points and making the new portfolio easier to understand.

In 2015, the birthday cigar was replaced by a new limited edition line called the AVO Improvisation Series, getting its name from the improvisational style of jazz music. The first cigar would be called the AVO Classic Covers 2015, a 6 x 50 toro that was released in April 2015. Volume 2 would follow in September, Volume 3 in March 2016, Volume 4 in October, and the fifth installment, the AVO Improvisation LE17 arriving this past March. The binder and filler are shared with the AVO LE05, though Nicaraguan tobacco from the AVO Syncro Nicaragua Fogata have joined the mix. The wrapper is an Ecuadorian habano marron claro, while the binder is Dominican olor Zona 7.

“When developing the fifth AVO Improvisation blend, I wanted to use the foundation of my fifth AVO Limited Edition ever released, the celebrated AVO LE05, to see if we could craft something extra special,” said Uvezian in a press release released in March. “When we blended in filler tobacco from Estelí, my palate immediately began to dance with the many flavor notes. The combination worked so well together that a 60-ring gauge format was the proper way to fully showcase this wonderful arrangement, finished in a flawless box pressed shape.”

In keeping with the music theme, the cigars come in boxes inspired by a guitar case, while a secondary band reminiscent of the neck of a guitar graces each cigar.

Sadly, this cigar began arriving right around the passing of Avo Uvezian, who died on March 24, 2017, just two days after his 91st birthday. 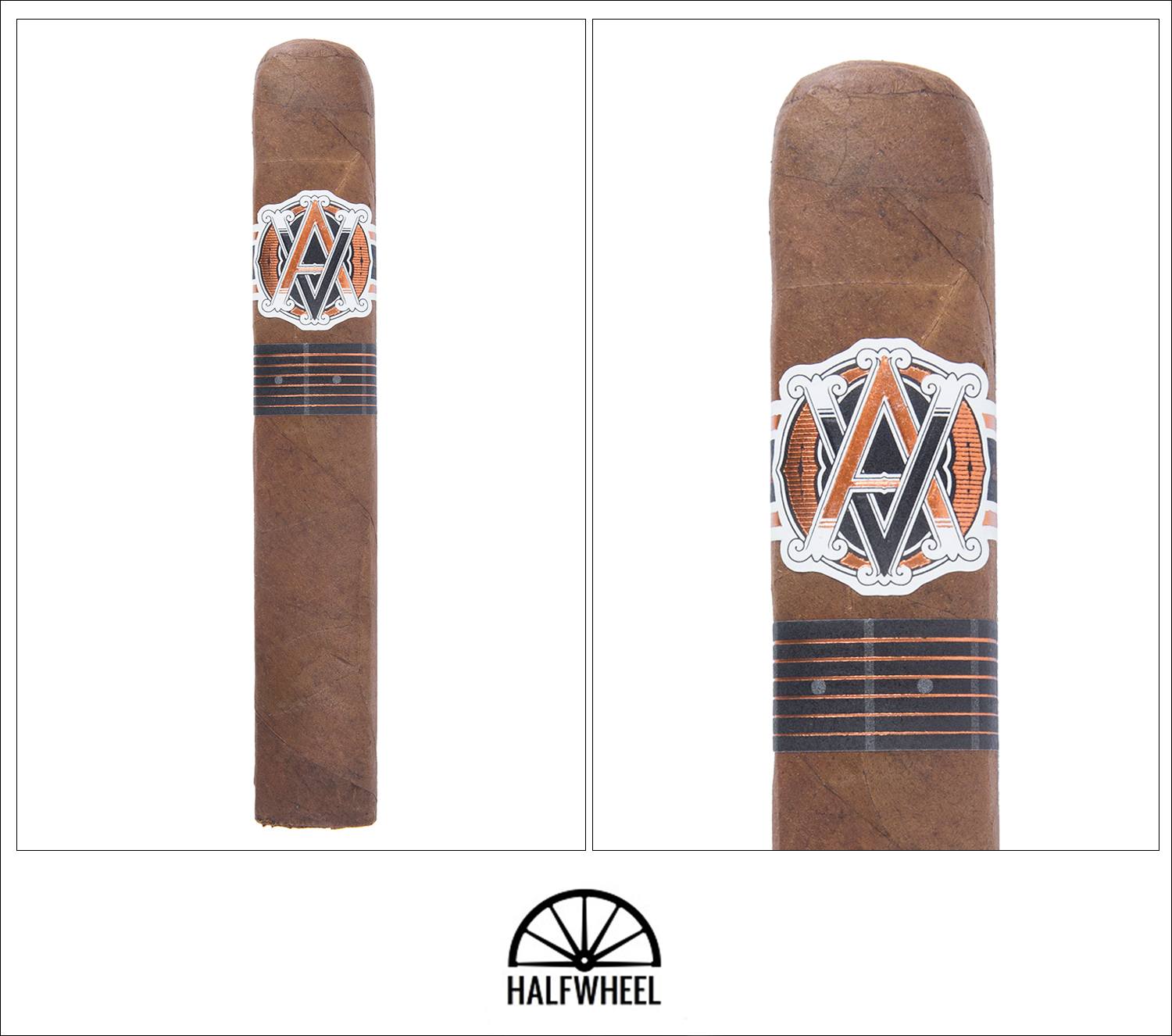 I tend to think of AVO as a rather elegant brand, or if nothing less, cultured and modern, which is why the sized presentation of this cigar is a bit dissonant. A beefy 6 x 60 vitola banded in classy black and copper bands, though with a box press that takes a good bit off the size leaves me a bit perplexed before it even gets lit. The 2017 installment in the Improvisation series is a bit softer than a typical box-pressed cigar, and while it doesn’t feel underfilled, the give is pillow-like in spots. The toffee-hued wrapper has most of its veins hidden on the sides or back of the cigar, small ridges with just a bit of pucker to them though I swear I feel a stem on one sample. Aromas off the foot are quite thick and sweet, suggesting dried mango slices and orange marmalade, with wheat bread providing the base note and individual samples showing various amounts of crust and pepper. The cold draw is much less adventurous and goes heavy on wheat bread and pizza dough, while air moves without much restriction.

The AVO Improvisation LE17 gets right to work as soon as flame hits the foot, producing a good amount of this smoke that is laden with campfire, warm nuts and a bit of pepper. The first puffs aren’t quite as dynamic on the palate, as they echo much of the cold draw, with wheat bread, dough, a bit of pepper and some baking spices, although it’s now charged by heat. The smoke is plentiful and fairly soft in texture, with early retrohales sprinkled with some white pepper. Towards the end of the first inch, the wheat begins to fade and thin for a few puffs, clearing the way for black pepper to take over, particularly in the nose via a retrohale. The smoke stays abundant and soft, and the draw isn’t quite as loose as I thought it might be given the cold draw. While it was fleeting earlier, there are some notes of boiled peanuts in the approach to the second third that are quite distinct and not something I have come across much as of late. The cigar has burned well through the first third, with the most distinct aspect being the dark gray ash it produces. There is definitely a thinning and mellowing of nearly all the flavors of the AVO Improvisation LE17 at the start of the second third; a bit of light pepper gets sprinkled on the tongue, and other than a fairly nondescript tobacco note, the cigar appears to be on a set break for a few puffs. While a bit lacking in intensity, there’s nothing wrong with the cigar, and the flavors begin returning from from their break ahead of the midpoint, as pepper is the first back on stage, stronger through the nose than it has been so far. A bit of spicy earth comes along next, driving a more robust and even aggressive profile. A bit of charred oak is on the periphery, while the aroma flirts with a bit of heavy sweetness, a note that is hard to describe unless you are familiar with the kind that is offered by strong ligero leaves. The draw and smoke production are still quite good, with the flavor again thinning out a bit heading into its final third. 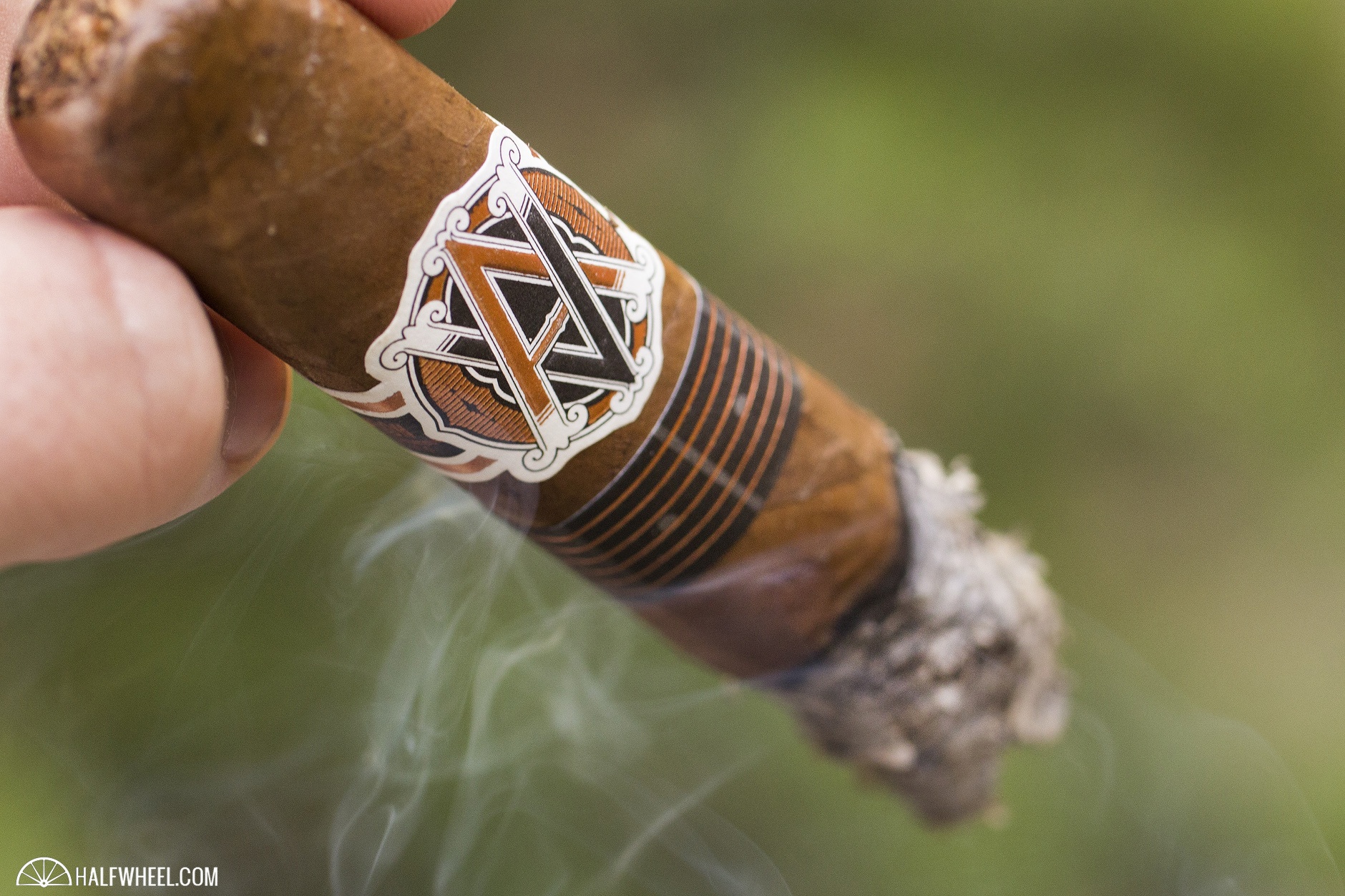 The start of the final third gets going with a muted yet still flavorful base of earth and coffee grounds, while pepper tries to liven things up, succeeding in the nose more than on the palate. The draw begins to loosen up a bit, with the second sample getting too loose for my liking, although both samples produce clouds of smoke. Pepper starts coming back after the main band is removed and at a level between the mild first third and more robust second third. The final inches add a bit of sharp and tingling pepper to the tongue, while the profile gets just too rough and off-putting to smoke it down further than what you see in the photo. The AVO Improvisation LE17 is a bit puzzling to me, as the two samples I smoked had a number of similarities and a few differences, and it’s both of them that contributed to the cigar’s overall score. The progression of flavors is quite good, starting a bit above mild and building into medium-plus in the middle section before retreating a bit in the final third and closing out with a strong finish. Yet there were times when the pepper got to be a bit too much, and the loose draw of the second sample didn’t seem to help things. This girthy gordo didn’t seem to gain much from its size either, both in terms of general mouthfeel and how it conducted the combustion of the cigar. While I’d be willing to give the AVO Improvisation LE17 another go at some point, the overall experience has me not quite sure that the show is worth its ticket price.