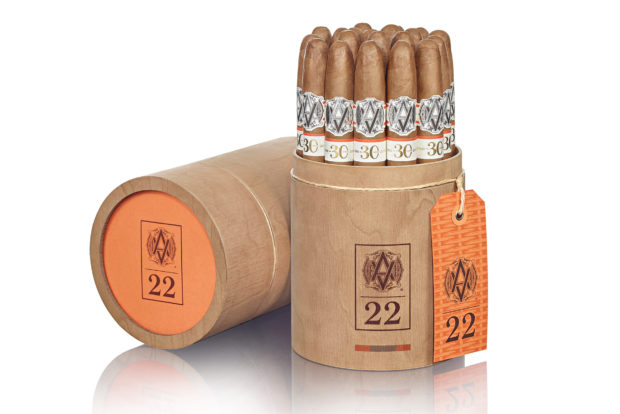 The first of a trio of legendary cigars from Davidoff set to be rereleased in 2018 has arrived in stores.

That cigar is the AVO 22, a 5 7/8 perfecto, that was originally released in 2002. The cigar was created because the brand’s founder, Avo Uvezian, had a fascination with the number 22. It uses an Ecuadorian sun grown wrapper over a Dominican binder and four different Dominican fillers, just like the original.

The company has updated packaging for each of the three releases, though most still retain the basic concept of the original releases. For the AVO 22 30 Years, that means canisters of 19 with the cigars standing upright. The design of the canister itself is slightly different and the cigars will now receive bands, a difference from the original.