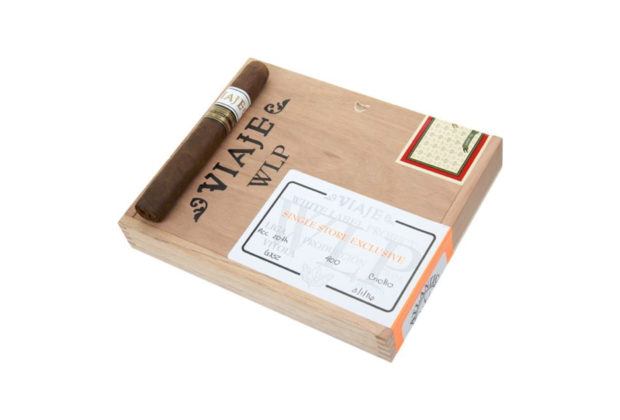 It’s the Viaje Atlantic 20th Anniversary WLP 20th Limited Edition Toro. As the name implies, it’s made in honor of the store’s 20th anniversary. As for the toro part, it measures 6 x 52 with a box-press.

As for the blend, it’s a Nicaraguan puro with a criollo wrapper and Cuban-seed fillers. Production is being handled by Raíces Cubanas in Honduras.

Pricing is set at $9 per cigar and production is limited to 400 boxes of 10 cigars.

Viaje also produced a cigar for the store’s 15th anniversary.