Altadis U.S.A. has announced plans for how it will be celebrating the 50th anniversary of Tabacalera de García, the company’s iconic factory in the Dominican Republic and the world’s largest premium cigar factory. As you’d expect, it comes with some high-end cigars and as would befit a 50th anniversary, plenty of gold will be used on the bands and packaging.

The company will be releasing the Montecristo Cinquenta, a new blend that uses an Ecuadorian Sumatra wrapper, Dominican binder, and filler from Nicaragua and the Dominican Republic. It being released in two sizes, a 6 x 50 toro and the iconic 6 x 52 No. 2 torpedo, but not in the same packaging format or quantity produced. 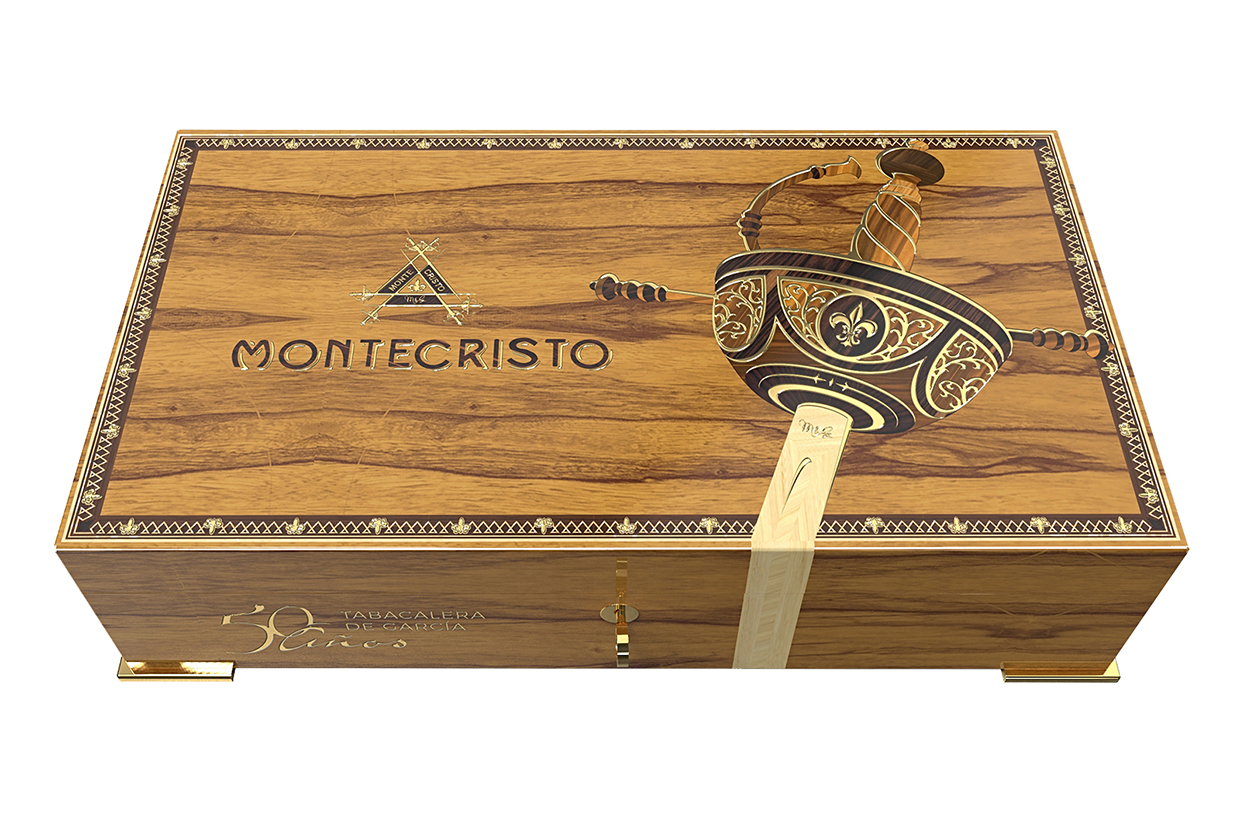 The No. 2, the signature vitola of the Montecristo brand, comes in 100-count humidors that are being produced by Elie Bleu and are limited to just 75 pieces, making for a total of 7,500 cigars. While the individual cigar MSRP is still to be announced, a full humidor is set to retail for $10,000.

The Montecristo Cinquenta will get its official release at the 2019 IPCPR Convention & Trade Show, which runs from June 29 – July 2 in Las Vegas, Nev. The cigars are slated to begin shipping in July, shortly after the show concludes.