CLE Cigar Co. will once again offer Asylum and Eiroa cigars sold exclusively to retailers that place order at the PCA Convention & Trade Show. The company did the same concept last year and now those lines are back in nearly identical form, though with one major change: they are round not box-pressed. The Eiroa PCA 2022 uses a blend that is close to the Eiora PCA 2021, though not identical. It includes a Cameroon-seed wrapper grown in the Jamastran Valley, in Honduras over a blend of Honduran tobaccos. It will be offered in the same three sizes as last year at the same prices, though once again, the cigars are round instead of the extreme box-press of the 2021 release:

Also similar to last year, the cigars are not limited editions and retailers who place orders during the 2022 PCA Convention & Trade Show will be able to order more. 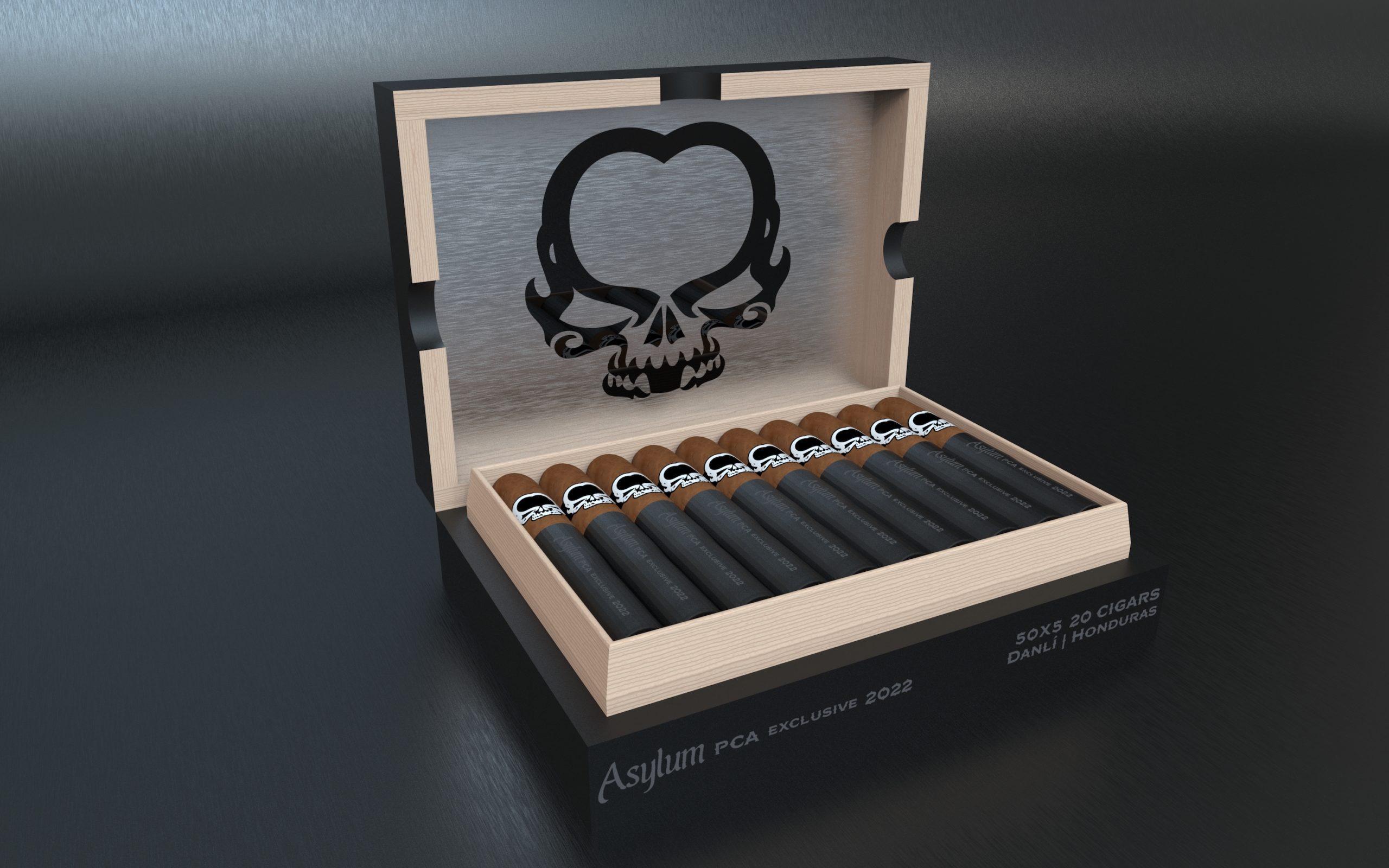 The same will be true of the Asylum PCA Exclusive 2022, though it’s packaging is getting some subtle tweaks such as the band, which now features white instead of a black and gray design like the 2021 release. Blend-wise, it remains a Honduran puro with a habano hybrid wrapper, though like the Eiroa, the blend is not identical to 2021.

It too will be offered in the same three sizes, with the same prices, as last year:

Like the Eiora PCA Exclusive, the Asylum PCA Exclusive 2022 is rolled at The CLE Factory in Honduras. In addition, the cigars are not limited and will continue to be available to retailers who place orders after the initial shipment. Both cigars are packaged in boxes that include lids that can be used as ashtrays with four cut-outs for cigars. CLE has not confirmed shipping dates for the cigars, but it seems likely they will ship in the fall.