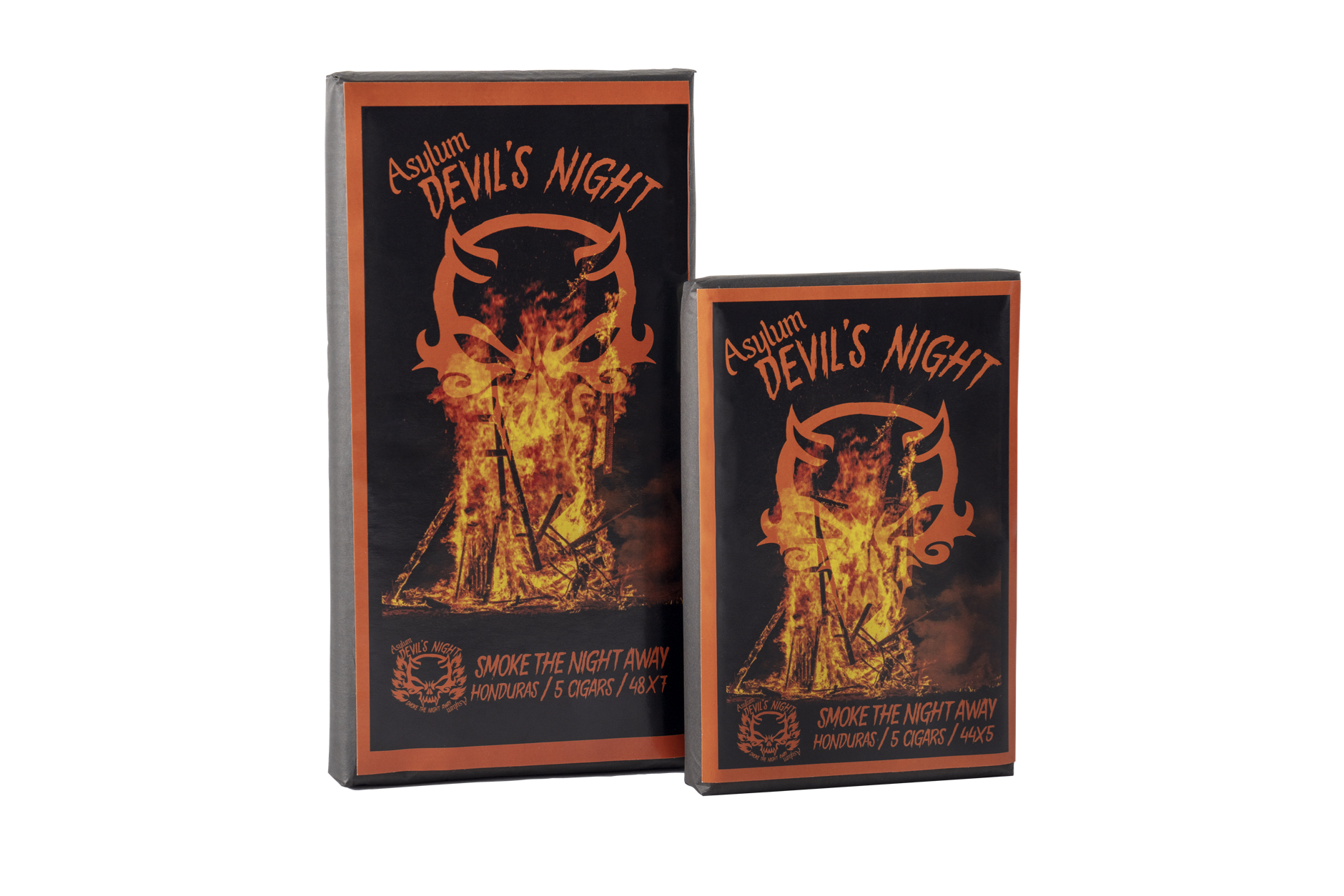 Devil’s Night is a reference to a local Detroit tradition that takes place on Oct. 30. During the 1960s-1990s, Oct. 30—the day before Halloween—would see an increase in vandalism and arson in Detroit, an amount of arson that grew so large that tens of thousands of residents would volunteer to patrol the city to help reduce arson. In recent times, the level of arson and vandalism has been reduced to closer to normal daily levels.

In 2015, Asylum Cigars—founded by Tom Lazuka—released Devil’s Night as an exclusive for Jenuwine Cigar Factory Outlet, which is based in the Detroit area, with a portion of proceeds benefitting Detroit firefighters. This year’s release Devil’s Night began shipping to stores nationwide last Wednesday.

Blend-wise, it’s a Honduran puro with a corojo wrapper. There will be “about 1,000” packs of each vitola.