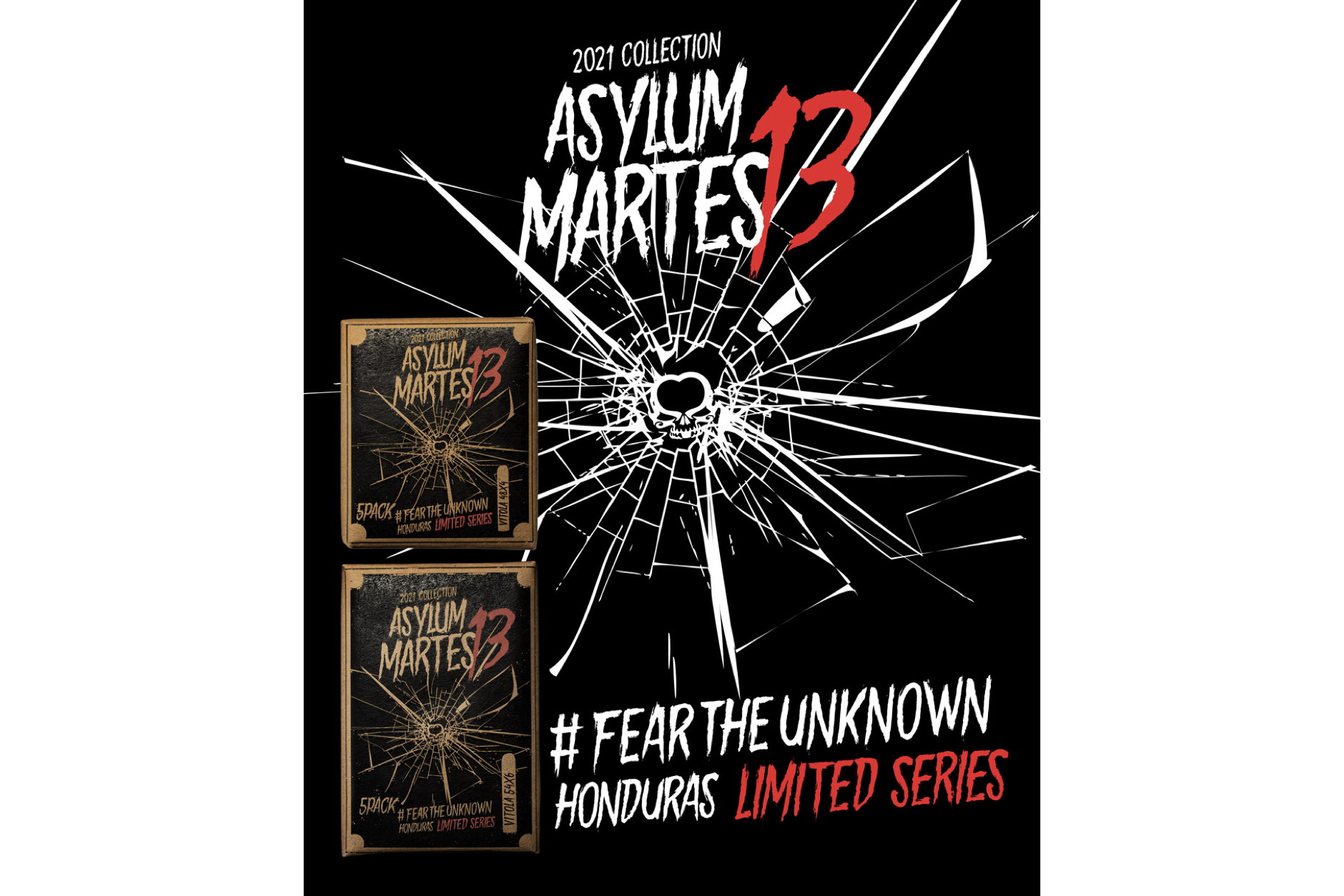 While Americans know of Friday the 13th, in the Spanish-speaking world the unlucky day is actually a Tuesday.

Asylum Cigars is paying tribute to the unlucky day with its new Asylum Martes 13 releases. There will be two sizes, each made entirely of six-year-old Honduran corojo tobaccos.

Both cigars are limited to 500 packs of five cigars.

The superstition around Martes 13 is taken to a different level, to the point where there is a well-known phrase to encourage one from doing anything even remotely risky during said day:

Although we cannot recommend being so square, we do recommend that you try these cigars. Embrace MARTES 13.

The cigars are being made in Honduras at The CLE Factory.