This year, Asylum is celebrating its eighth anniversary with the Asylum 8. While the boxes say Asylum Eight, I’m told officially the cigar is Asylum 8 with the numeral. The plan—which like many other things in 2020 was derailed a bit—is to release a new limited edition in the spring of each year to celebrate the company’s anniversary. So far, the first two releases have been offered in coffins and in the same two vitolas: a 7 x 70 and the unique 6 x 48/54/48 perfecto vitola known as the 11/18.

While the sizes are the same, the blends are different. Last year’s cigar used a Nicaraguan wrapper over Honduran fillers, this year the entire cigar is made of Honduran tobacco. Even with the included ribbon that is there to help you pull the cigars out of the coffin, I struggle a bit to do said task as they are packed in quite tight. It’s unfortunate that these cigars are packed in coffins as they are quite pretty and—in this particular size—quite a unique shape, which is not apparent when it’s packed in a rectangular coffin. The wrapper isn’t the absolute prettiest specimen you’ll find in a cigar shop, but it’s a solid brown hue that appears to be rolled quite well. The aroma from the wrapper is sweet, though I can’t really pick up much in terms of specific notes. There’s a bit of a chemical smell, something that might be more an indictment of the coffin than the tobacco. The foot is medium-full with a mixture of floral and cinnamon candy. Cinnamon—albeit not in candied form—is present on the cold draw. It joins a sharp pepper, an isolated sugar sweetness and something that reminds me of the ginger candy that is served at a local restaurant.

The Asylum 8 begins with a floral sweetness, deep cedar, a bit of a Thousand Island dressing flavor and some pepper. It’s a medium-full mixture that shows off a rather diverse set of complex sensations. As the first third develops, a butter-like creaminess sits on top of popcorn, white pepper, chalkiness and a bit of salt. One sample has the aforementioned floral flavors, though I can’t pick them up on the other two cigars. The finish is a mixture of generic bread, leather and white pepper. My notes between samples are remarkably consistent, one says “bread” another says “sweet bread.” All three have leather. Retrhoaling produces a more distinct bread flavor, this time more of a wheat bread joined by meatiness and a sugar sweetness. The finish of the retrohale tastes more like white bread along with rye whiskey and black pepper. It’s decidedly sharper than the main part of the retrohale. The flavor is full, body is full and strength is medium-full. Construction is great during the first third. There’s a fruity tinge to the second third of the Asylum 8. At times, it manifests itself to a berry flavor, but sometimes it’s just a more generic sweetness that my palate classifies as fruity. There’s also some earthiness, leather, minerals and a bit of a beef jerky flavor. The finish has pizza crust, leather, creaminess and lemon. After the halfway point, there’s a dryness that hits the middle of the tongue, but it’s not that overwhelming and the rest of the profile remains quite vivid. Retrohales have a rich soy sauce flavor over leather and some sugar. It finishes with pizza crust, spices and creaminess. Flavor remains full, body dips a bit to medium-full and strength is medium-full. The construction of each Asylum remains pretty good, though the smoke production certainly isn’t as plentiful as it once was. 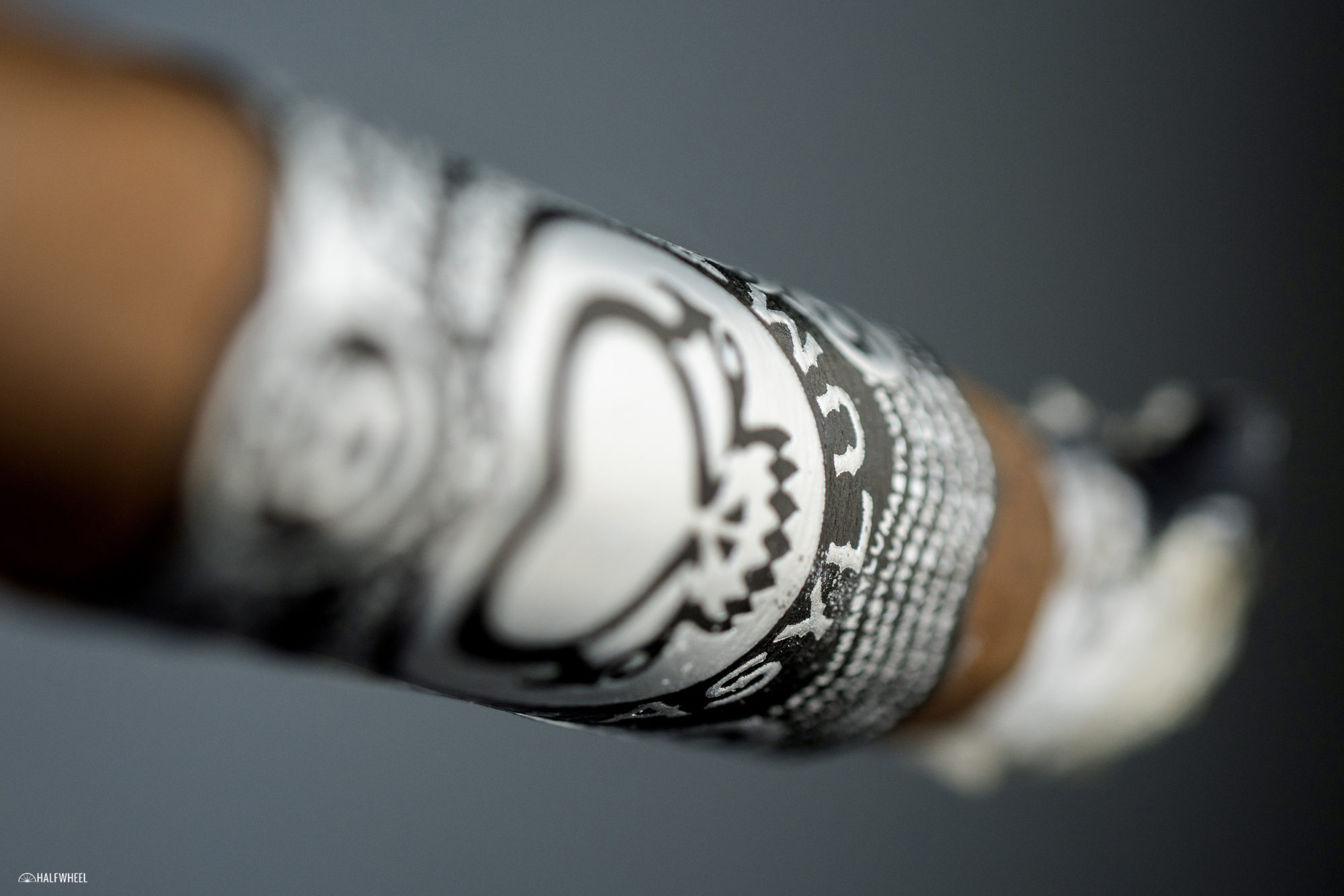 The final third of the Asylum 8 reverts to a more generic profile. There’s earthiness and creaminess on top of a white pepper flavor. It’s not bad, it’s just not as interesting as the cigar had been up until this point. The finish is spicier with the white pepper joining the earthiness and creaminess on an equal level. That trio is in front of some leather, which is a distinct secondary note. Retrohaling provides some of the uniqueness from before. Unsurprisingly, there’s some bread, and this time it’s sourdough bread over sugar and toastiness. The finish has the sourdough bread over some herbal flavors. Flavor drops to medium-full, body picks back up to full and strength is medium-full. All three cigars need help with the smoke production in order to get them to the finishing point without the cigars going out. 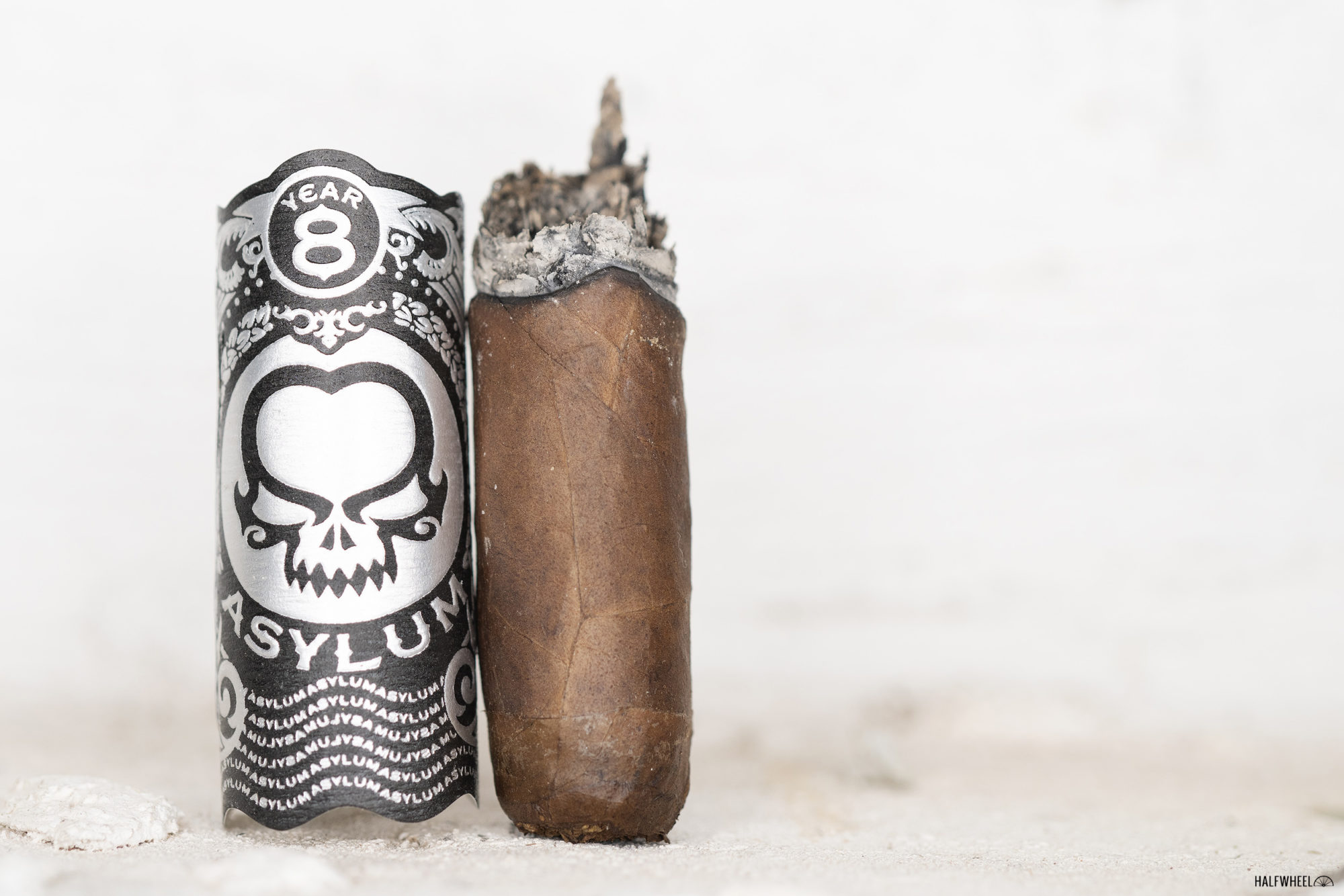 The Eiroa Jamastran 11/18, also a Honduran puro, was one of my favorite cigars of 2019. The slightly more expensive and similarly-sized Asylum Seven was also quite good, though not at that level. The Asylum 8 is closer to the Seven than to the Eiroa Jamastran. For two thirds the difference isn't stark, but the final third of the Asylum 8 isn’t in the same class as the very best of CLE’s portfolio. That being said, even at its low point, it’s still pretty good. The problem with the Asylum 8 is that the CLE/Asylum portfolio is just way too big and cigars like this, particularly at this price point, aren’t going to have an opportunity to shine. For me, the less expensive Eiroa Jamastran 11/18 is the much better option if you want to smoke this unique shape and is one of the best cigars in CLE's massive catalog.