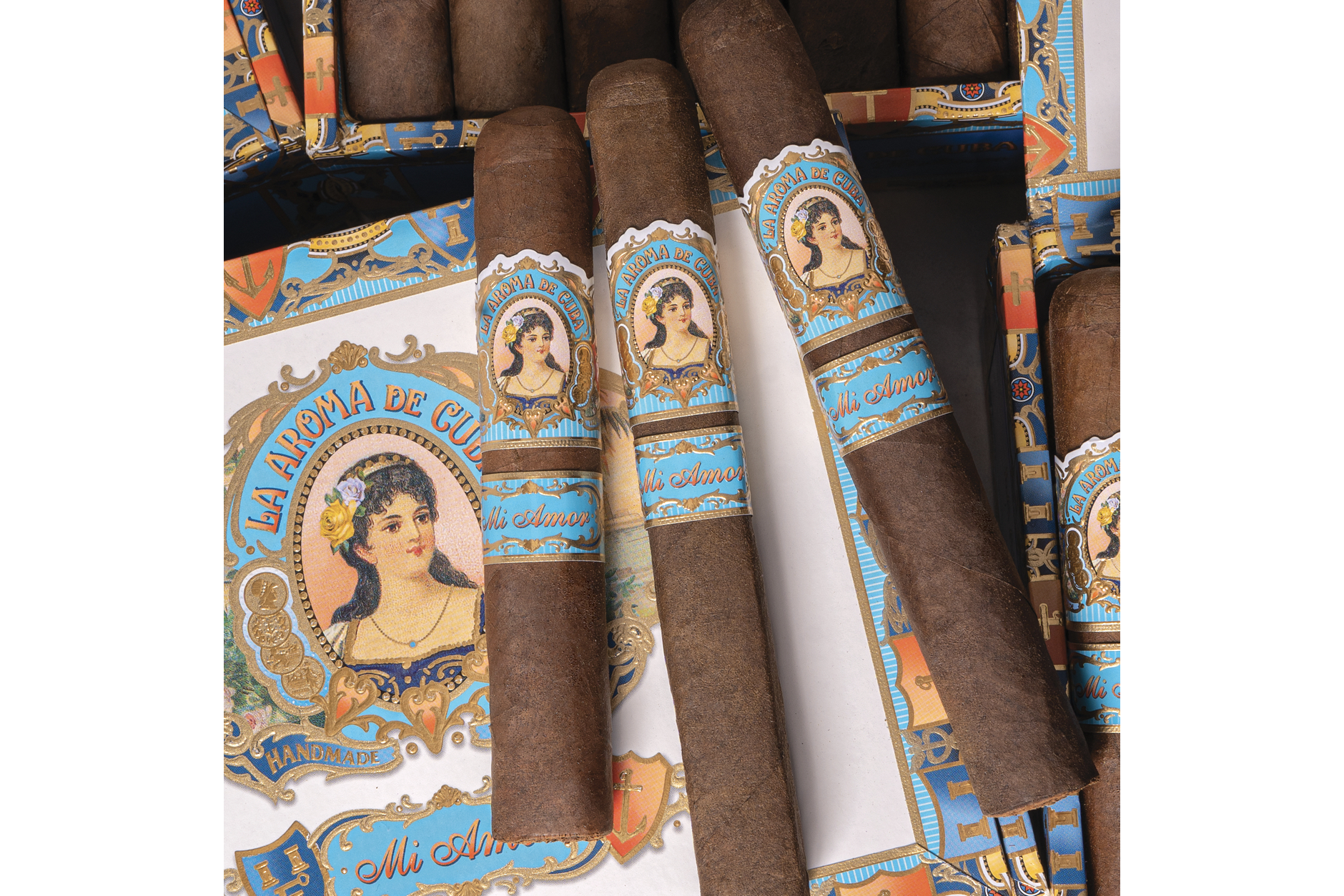 Ashton Distributors, Inc. has updated the packaging of the line, switching the yellow accent colors that were previously used for the line with a teal color. The packaging design is the only thing that has changed, the blends, vitolas and box-counts remain the same. Ashton says it wanted to highlight the blue element that previously could be found in the packaging, calling it akin to the blue color that occurs when the ocean meets the sky. 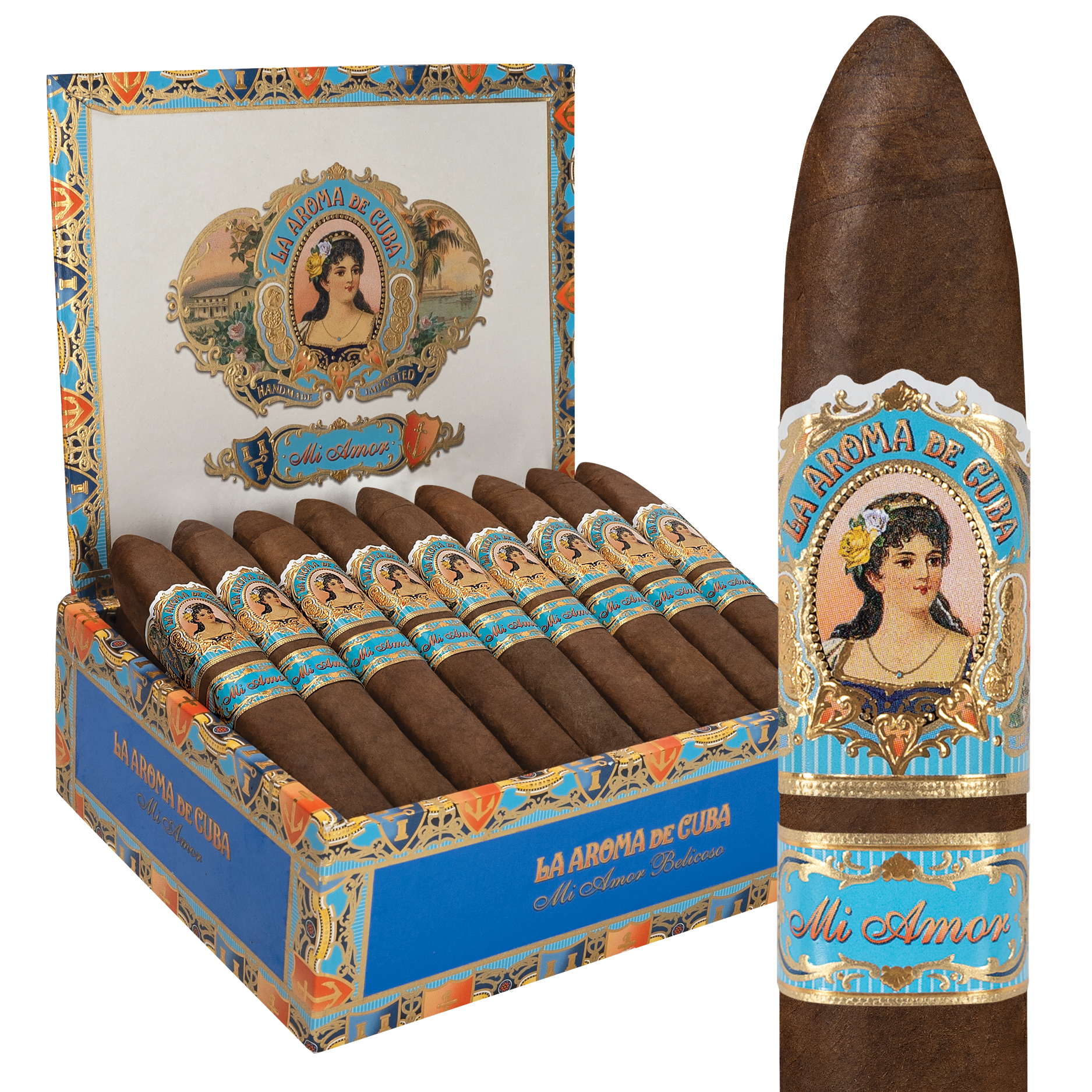 The La Aroma de Cuba Mi Amor was introduced in 2010. It uses a Mexican San Andrés wrapper over a Nicaraguan binder and Nicaraguan fillers and is made at My Father Cigars S.A. in Estelí, Nicaragua.

Update — The original version of this story said the Mi Amor was introduced in 2002 and once made at Flor de Copan, that is incorrect. In addition, this story previously referred to red accent colors instead of the correct yellow accent colors.