In December of 2012, Arturo Fuente released a new blend seemingly out of the blue. Called the Arturo Fuente Unnamed Reserve 2012, the cigar was a 5 3/4 x 48 corona gorda composed of Dominican filler and binder tobaccos and covered in a sun grown rosado wrapper.

Almost exactly one year later, Arturo Fuente shipped the 2013 version of the Unnamed Reserve. The two sizes were a 5 1/4 x 48 robusto and a 5 3/4 x 50 toro, both of which used an unspecified wrapper and blend.

Here is what I said in my original review of the Arturo Fuente Unnamed Reserve 2012 back in January of 2013:

For the most part, I have never been a fan of any of the Fuente cigars that use a Sun Grown wrapper, as I feel like the nuances of the blend can sometimes be overwhelmed by the overt flavors coming from that specific wrapper. I am happy to report that is not the case with the Unnamed Reserve. While you can taste it, the profile is extremely rich, creamy and tartly sweet throughout the smoke with the perfect amount of black pepper on the retrohale. In my opinion, it is not as good as the recently released—and quickly sold out—W. Curtis Draper 125th Anniversary, but it is close, and that is saying quite a bit.

Covered in a dark espresso brown wrapper, the Arturo Fuente Unnamed Reserve 2012 is quite firm, and has a large amount of tooth to it when touched. There is a slight box-press noticeable, and veins running up and down the length. The wrapper smells strongly of a combination of sweet cedar, raisins and leather, along with just a touch of black pepper.

The Arturo Fuente Unnamed Reserve 2012  starts out immediately with a strong bitter espresso note that lingers on the palate, along with lesser notes of leather, earth, dark chocolate and creamy oak. A slight sweetness is present from the beginning puffs as well, although I am unable to place it as of yet. The initial bitterness disappears in about 15 puffs and the finish features a solid creamy oak along with a little sweetness. There is very little pepper on the retrohale, and absolutely no spice on the lips or tongue to be had. The second half brings the same flavors of leather, earth, dark chocolate and espresso, but the creamy oak note has increased a little to become more dominant. While the sweetness increases as well, making it easy to place as a raisin note, it is still not strong enough or distinct enough to really affect the profile in any major way. The Arturo Fuente Unnamed Reserve 2012 ends much the same as it began, with a singular espresso bitterness on the palate that dominates most of the other flavors. 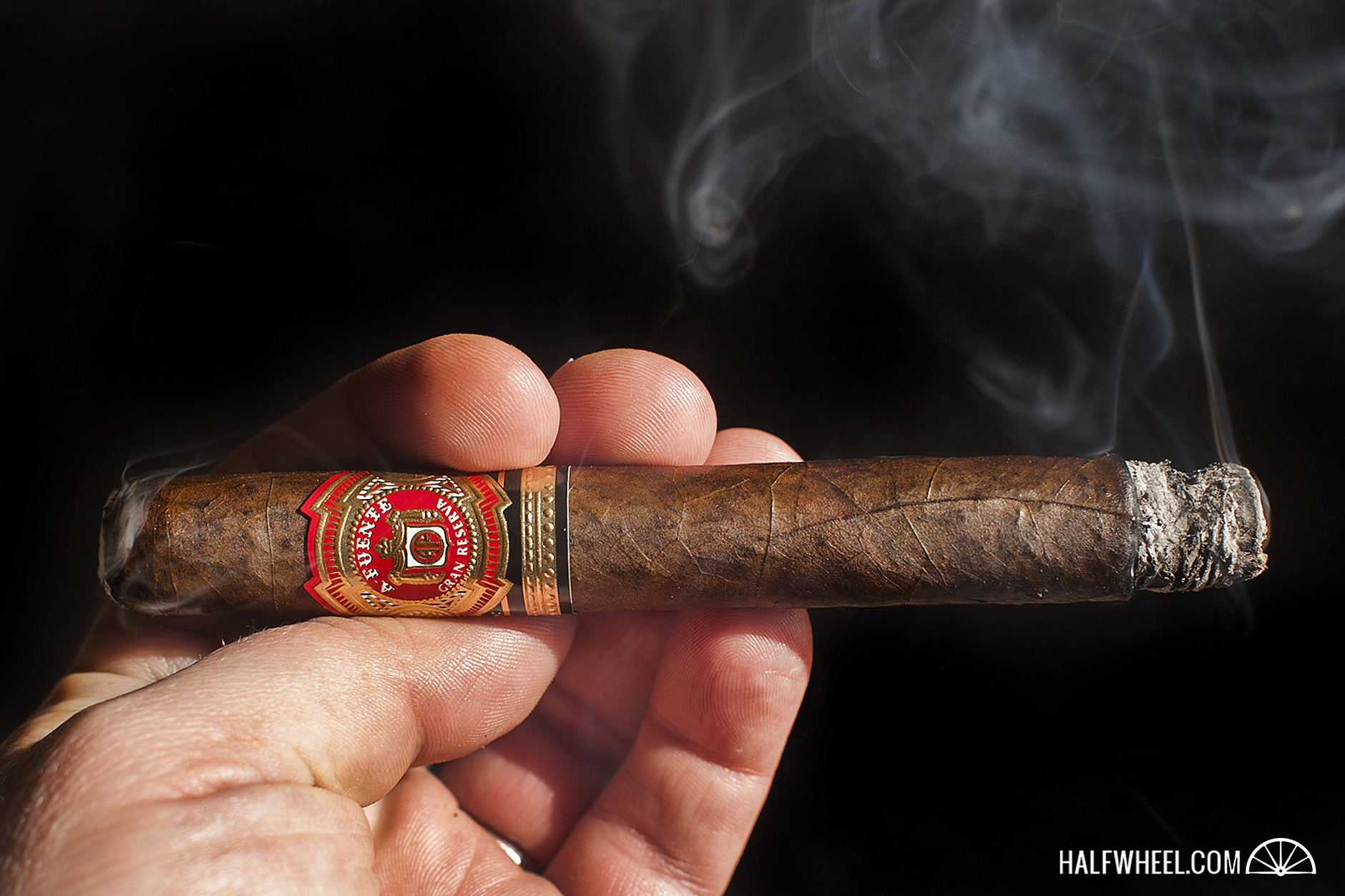 As was the case the first time around, the construction on my redux sample was excellent, with a draw that featured just the right amount of resistance and a burn that was razor sharp for the entirety of the cigar. Smoke production was a little lighter than I expected, and while I could feel the strength by the time I put the nub down, I would peg it as a solid medium in that regard.

If there is one mantra about Fuente cigars that keeps getting repeated over and over again, it is that most of them improve with age. While I agree in certain aspects — the OpusX and Añejo lines in particular — the Unnamed Reserve does not seem to be one of those blends. While the blend is still enjoyable and it still exhibits some of the attributes that made me love it the first time I smoked it including the raisin sweetness and the great creamy oak core, at this point in its life, the profile has become muddied and quite a bit less distinct. I am very interested to see how these change over the next year or so, and see if they continue on a downward slide, or if they bounce back to the levels I know they can be.