Officially, it’s called the Carlos A. Fuente Commemorative Humidor, but I’m pretty sure most people know it as The Man Humidor.

The humidor debuted at the 2018 Procigar Festival as part of a Fuente-donated lot for the charity’s auction. It then reappeared at the 2018 IPCPR Convention & Trade Show, where Arturo Fuente announced it would sell the humidor to retailers, priced at $550.

As the name implies, it’s a humidor made to honor the late Carlos Fuente Sr. It measures 15 inches wide by 8 1/8 tall and 10 3/4 inches deep. Fuente advertises the humidor as being capable of holding up to 150 cigars, which actually seems to be a bit less than what I was able to fit in the humidor. Like most large desktop humidors, it includes a tray that allows for separation within the main storage area. But that’s not all; on the back lower side of the humidor, there’s a separate compartment. It’s opened by pressing a button that is a copy of Fuente Sr.’s fingerprint. Firmly press the fingerprint—or really anywhere on the bottom tray—and a drawer pops open.

The drawer is made to mimic Fuente Sr.’s practice of hiding cigars in secret stashes from his family. That tray is rated to hold 14 toro-sized cigars, though I’d say 13 might be more realistic.

The humidor comes in an attractive display box and also includes a single traditional brick-style humidifier, a tray with handle, a removable divider for the lower main compartment and two keys. Of note, there’s no included hygrometer.

It was designed by Manny Iriarte.

For the most part: like any other humidor. After seasoning the inside, I opted to use Bovedas instead of the included humidifier for reasons I explain below. I placed three Bovedas inside the main compartment and one inside the bottom drawer. Since then, humidity has largely been within a 2.5 percent relative humidity range and the Bovedas have lasted nearly three months with the humidor getting opened multiple times per week. Given that it’s the colder and drier winter months, I’d consider the performance of the humidor a success.

There’s no question that the bottom hidden compartment isn’t sealed as well as the main compartment, but that’s to be expected. It is somewhat interesting that you are likely to put your most prized cigars in an area that not only could be forgotten about, but also one where the sealing isn’t as great. 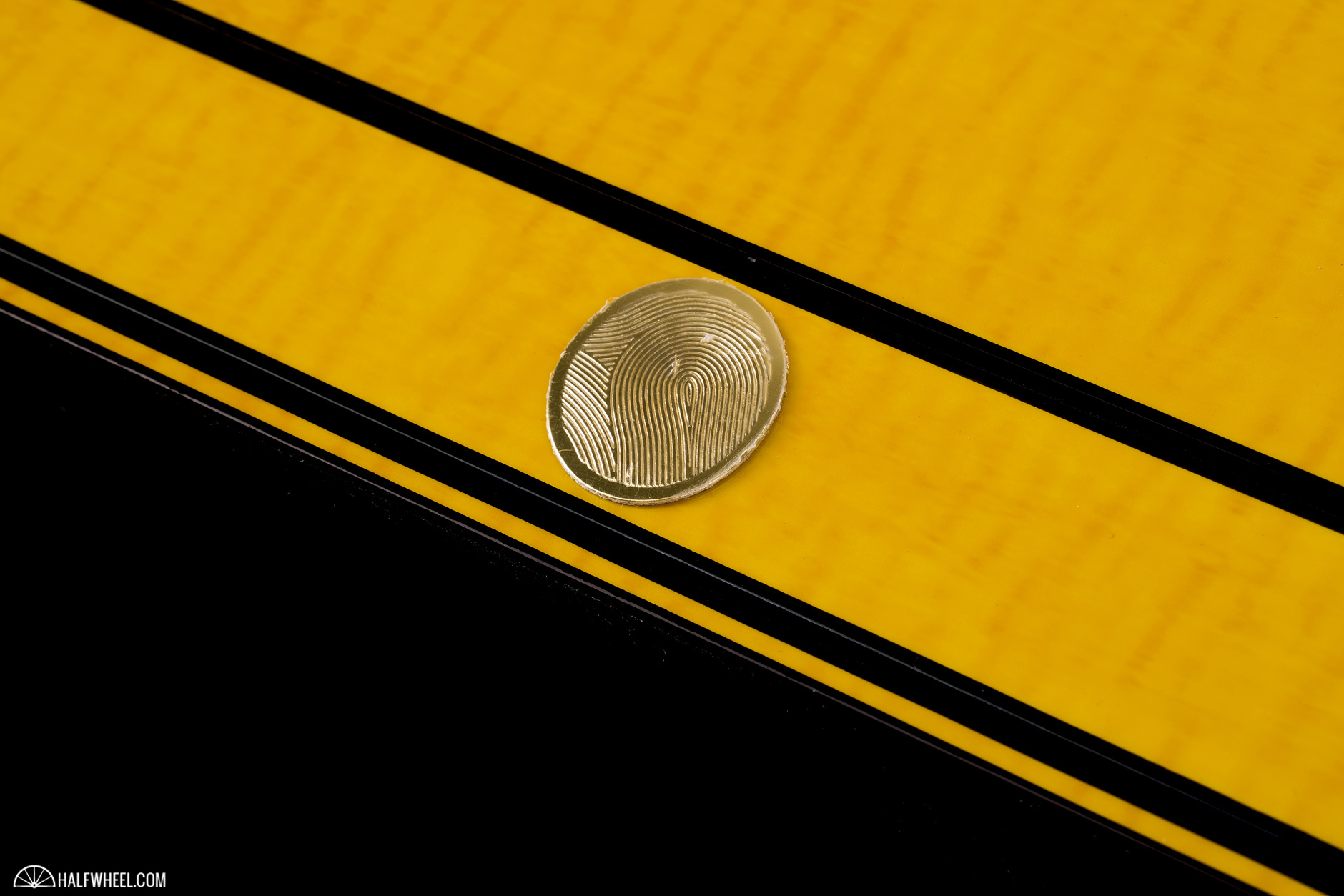 While the hidden drawer might get most of the attention, the real special feature isn’t even visible. Retailers that bought the humidor were able to buy two boxes of the Don Carlos The Man cigar, a limited production release featuring a different blend. The cigars have only been released one other time, at an event in 2016, and as such many people were probably like us at halfwheel: buying the humidors not for the cigar storage, but for the ability to buy the special cigars. 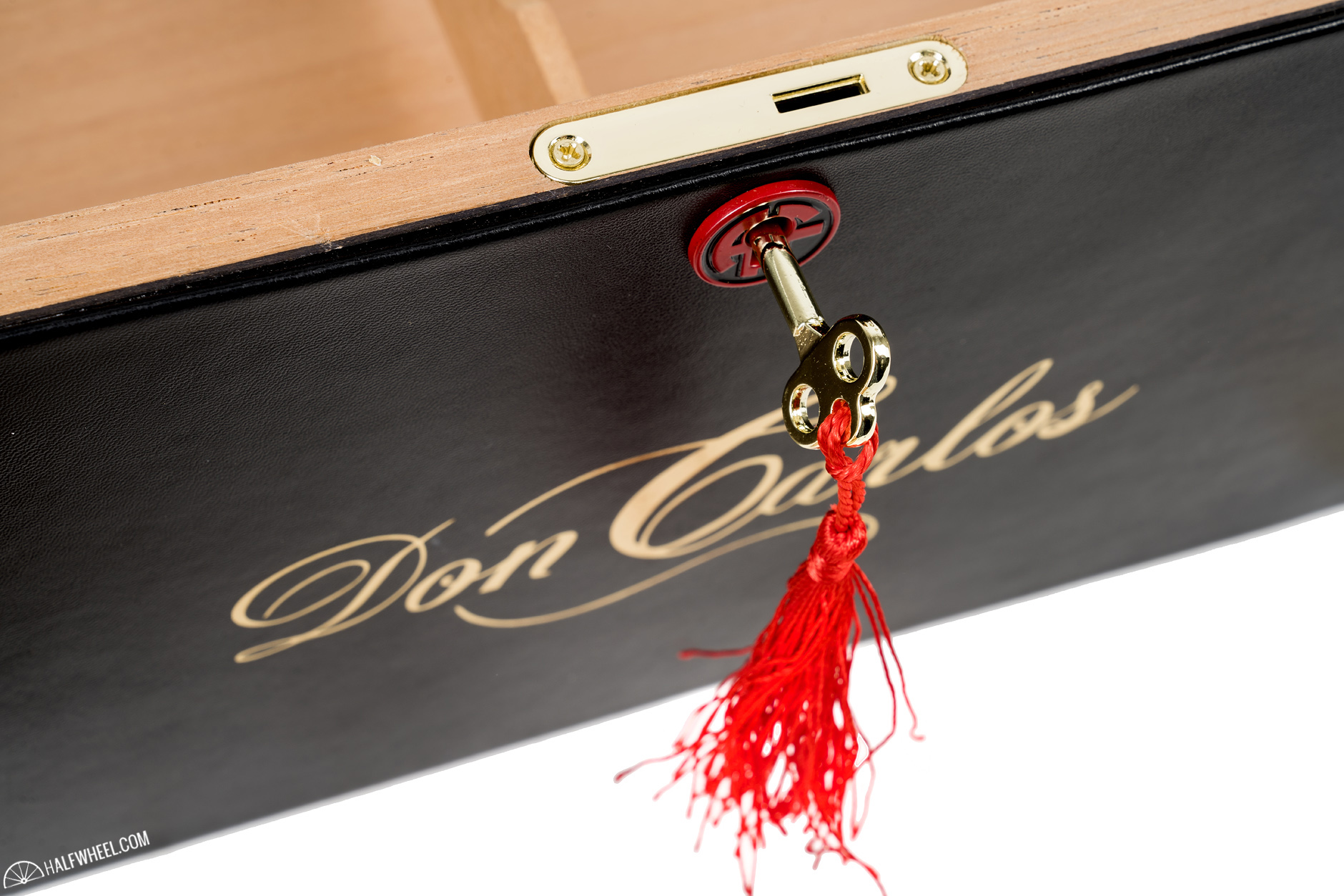 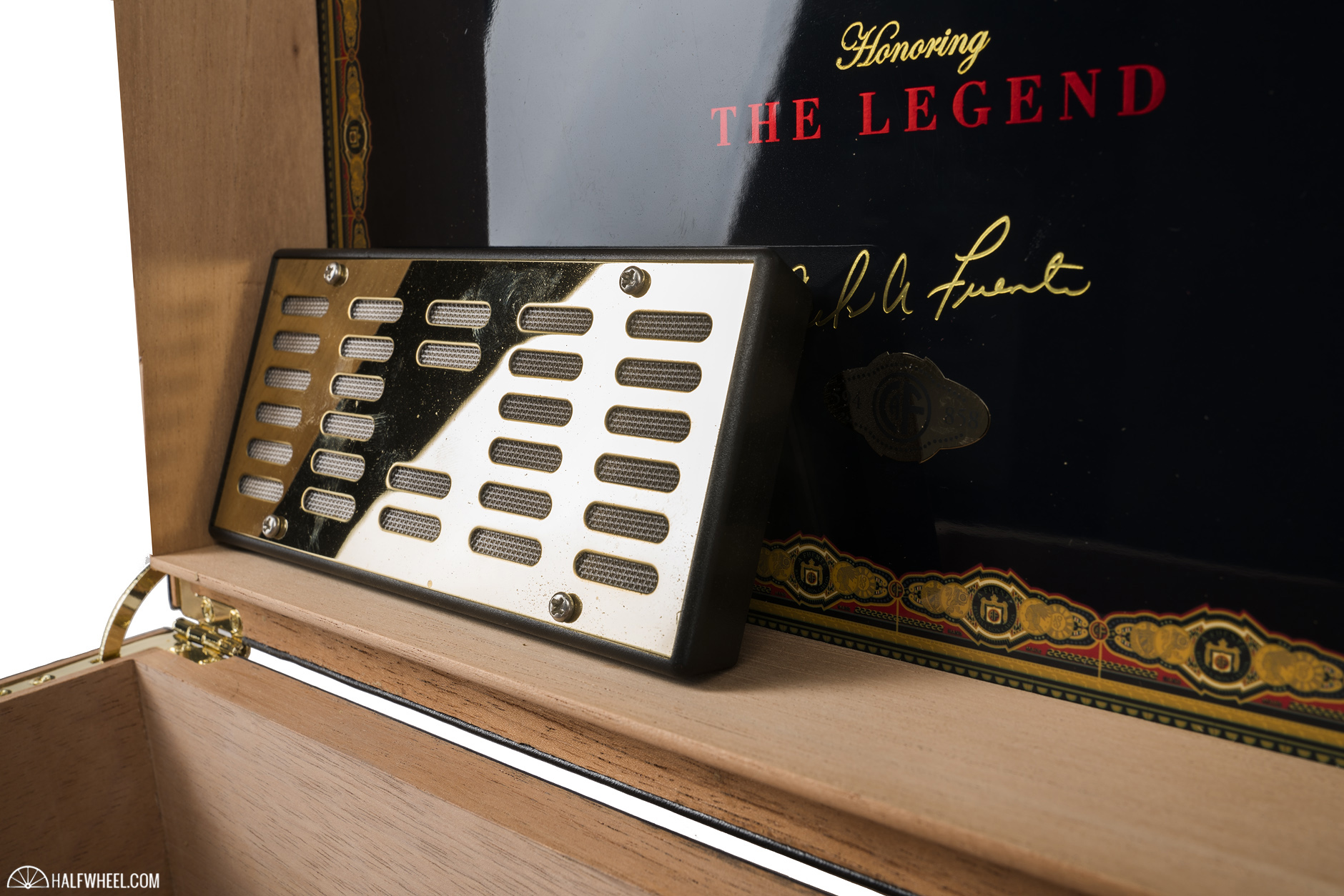 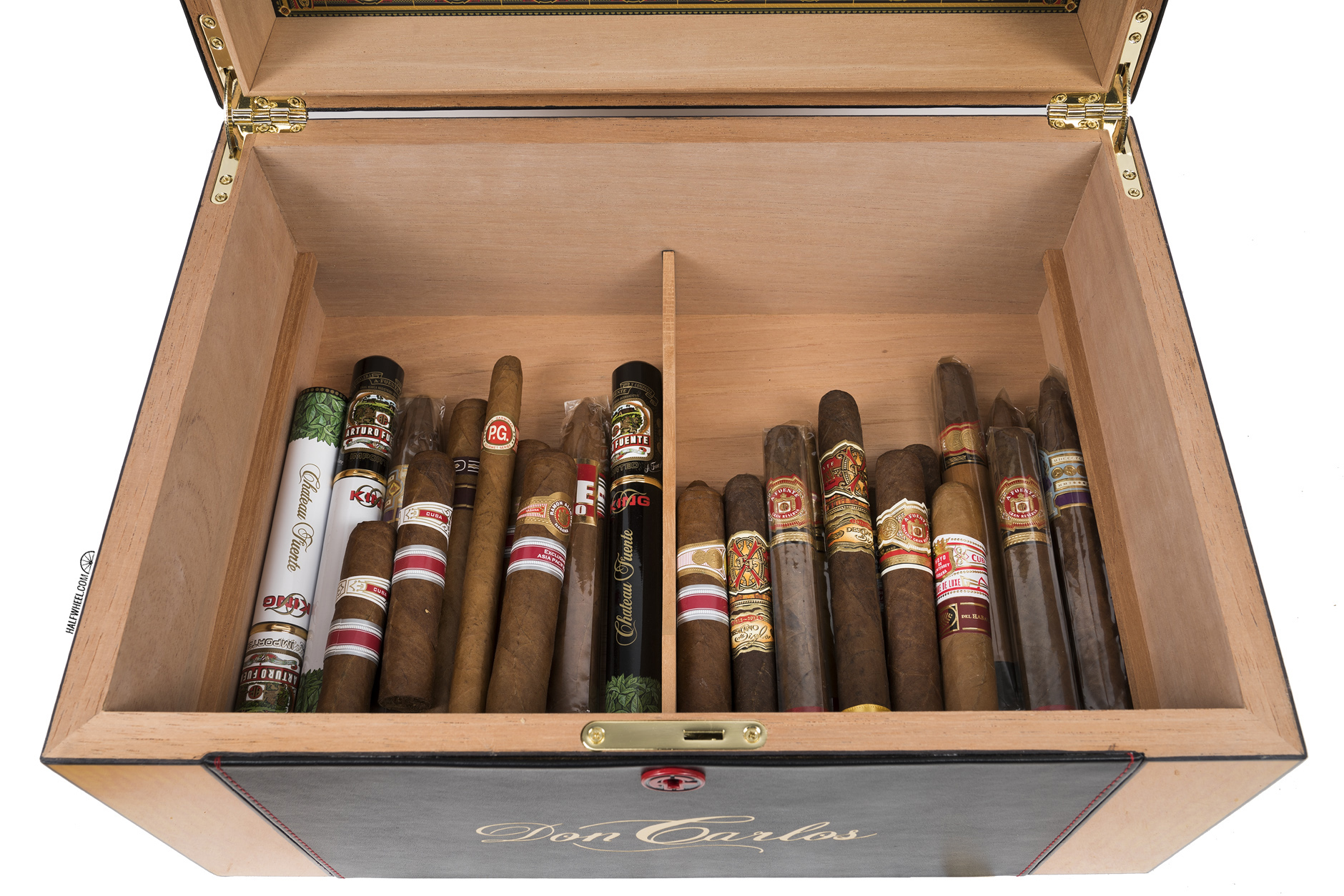 There are basically two sorts of competitors: large desktop humidors around the $550 price point and then alternative Fuente-branded humidors. My favorite humidors to recommend in this size and price point are the Savoy Executive humidors. The large size is rated for 100 cigars, though I think it will hold closer to 125 and is priced between $450-550 depending on the finish and retailer. The humidors are well-made and just work. A smaller Executive humidor is the humidor I use to store all of my to-be-reviewed cigars.

While there are a lot of other large desktop humidors, there are only three options I’d recommend if the Savoy isn’t your thing.

For those looking for a Fuente-branded humidor. 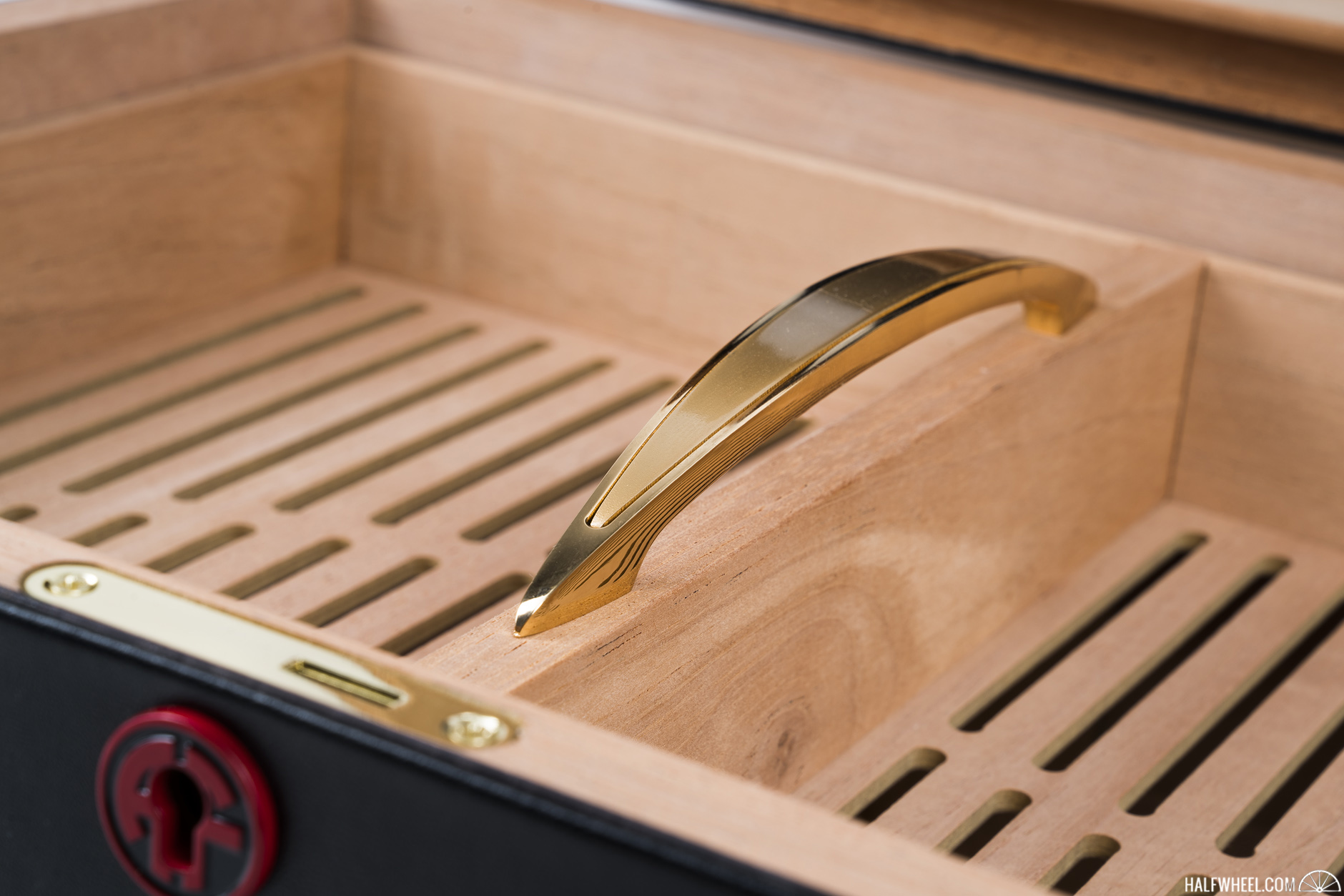 While the humidor works fine and is priced appropriately, It won’t be on my list of recommended humidors. Properly seasoned and with enough Bovedas, I imagine it will work well into the future, but when It think about the quality of the four other products I’d recommend at this price point, The Man humidor isn’t close. That being said, if you want a Fuente-branded humidor that stores lots of cigars and won’t break the bank, this works and is your only option.