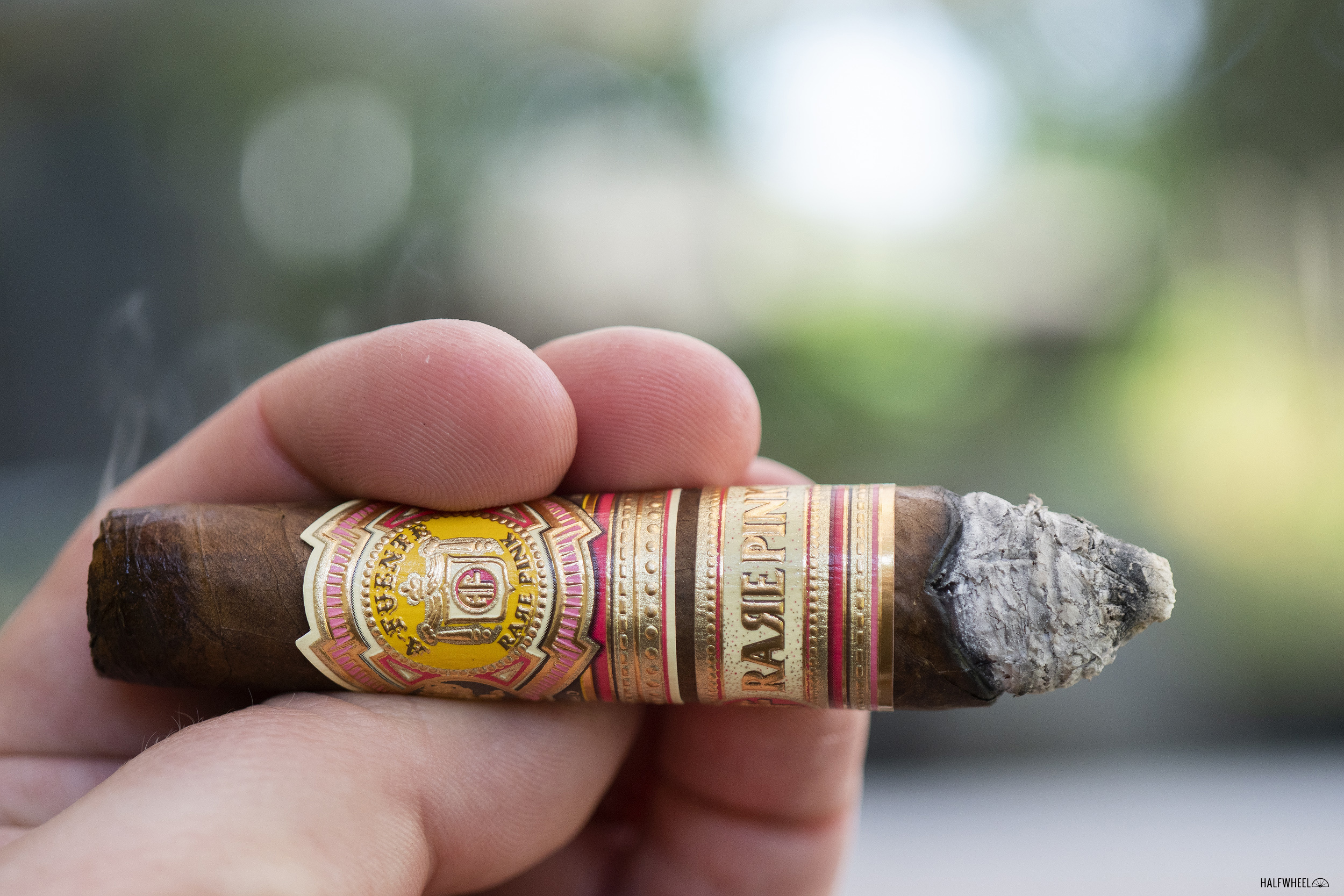 If there was a list of cigar manufactures that are synonymous for using their products to raise awareness of social projects, Arturo Fuente would have to be either at the top or very, very close to it.

After all, the company—along with the Newman family of J.C. Newman Cigar Co. fame—is well-known for the Cigar Family Charitable Foundation, which was founded in 2004. While it debuted as a primary school in the Dominican Republic, the foundation has since grown to include a 23-acre campus with a school serving K-12 students, a community kitchen, both medical and dental clinics, sports facilities, an organic farm, and even a fishery. In addition, the two families—in association with the Rotary Club of Tampa—have provided thousands of water filters to homes in the area. 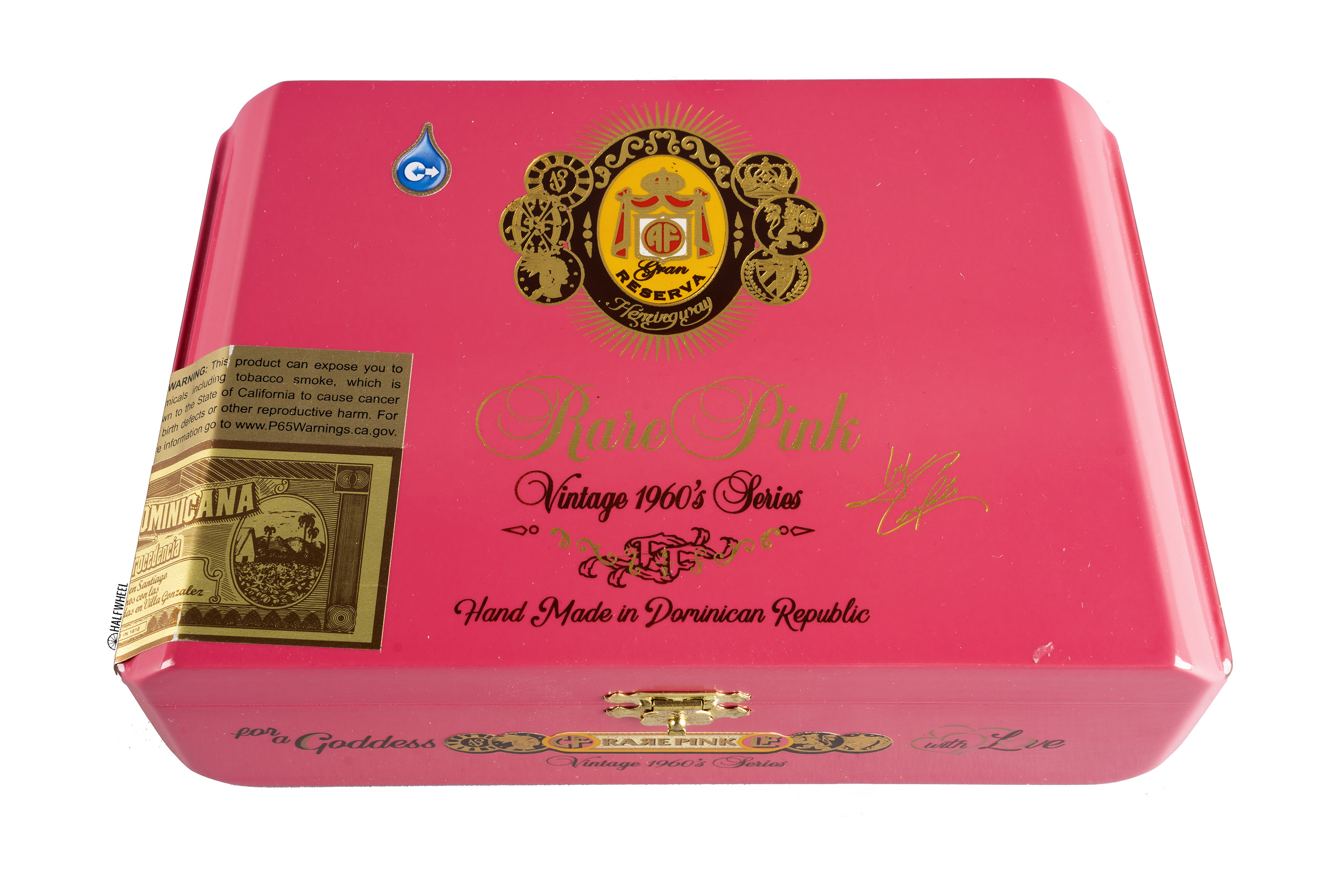 In December 2020, Arturo Fuente began shipping four vitolas of a new blend with a name inspired by the turbulence that occurred during the 1960s that “marked a young Carlito Fuente for life.” Named Rare Pinks Vintage 1960, the new line incorporates an Ecuadorian wrapper covering a Dominican Binder and fillers, including Nicaraguan tobaccos from the Fuente farms in Estelí as well as the Dominican Republic. In addition, each of the vitolas in the line is rolled in a perfecto shape.

However, that is not the end of the story—no pun intended when it comes to the name of the vitola I am reviewing—as Arturo Fuente announced that it would be donating $13 for every box of Rare Pinks sold to the Breast Cancer Research Foundation. This comes as no great surprise; after all, Liana Fuente has spearheaded the effort to raise awareness of breast cancer not only with this cigar but also by raising tens of thousands of dollars annually for the American Cancer Society, which led to Liana shaving her hair and her father, Carlos “Carlito” Jr., shaving his signature mustache in November 2020.

While the money was supposed to be donated to the American Cancer Society, the charity declined donations to Fuente’s ties to tobacco, which has led to the company to switch its support to the Breast Cancer Research Foundation.

In addition, two new vitolas are scheduled to arrive in October: a 3 3/4 x 54 perfecto and a 7 1/4 x 53 perfecto. Carlos “Carlito” Fuente Jr. also told halfwheel that there would be another size, which he described as a “Lancero Figurado” that will arrive “several months after” October. 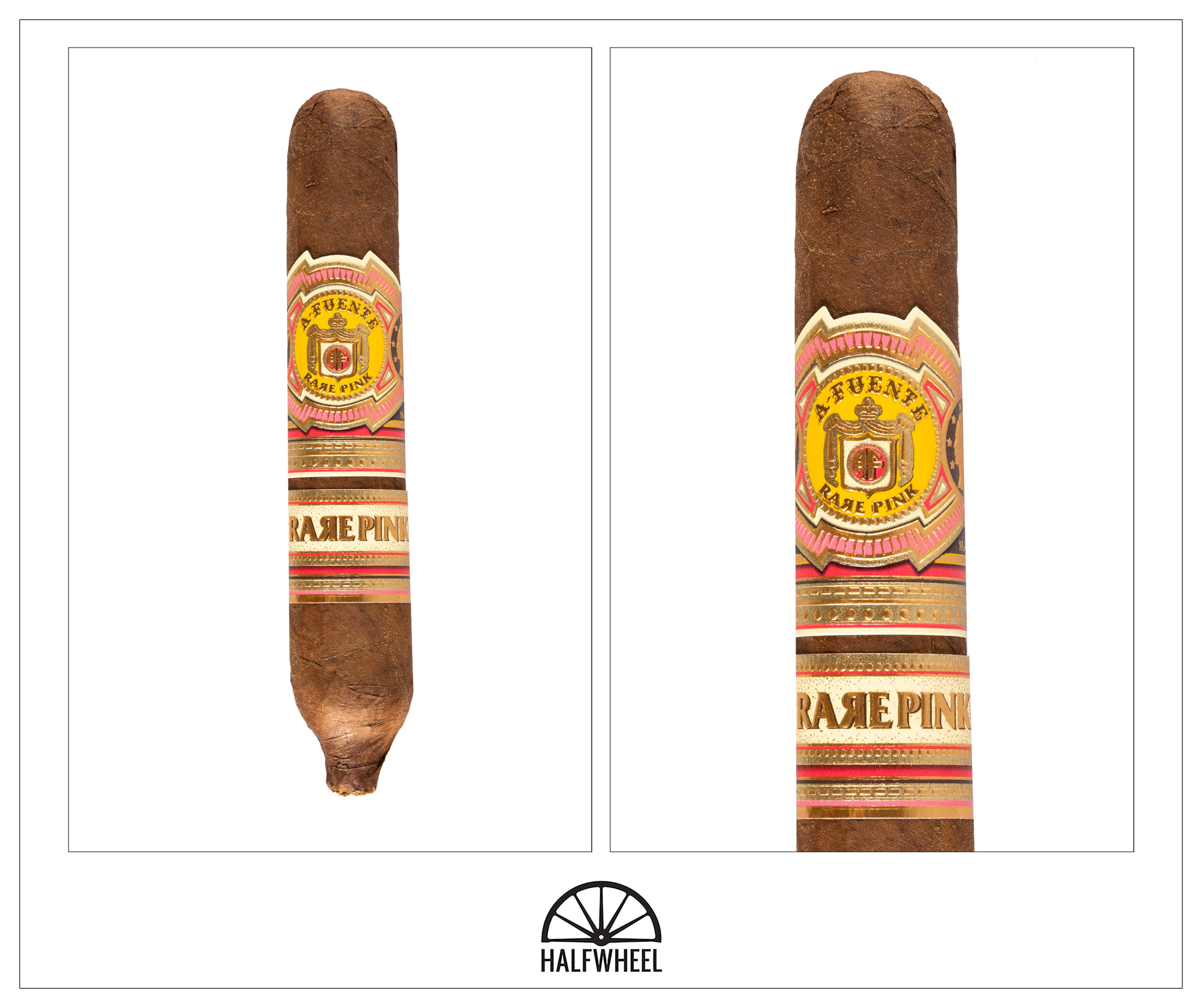 It has been a while since I have smoked a Short Story of any sort in the Fuente lineup, so I was a bit taken aback by its combination of small size and light weight. All three of my samples are covered in a milk chocolate brown wrapper that feels very similar to parchment and have small amount of oil visible. There are very few noticeable veins and the cigars are nicely spongy when squeezed. The aroma from the wrapper is a combination of generic wood, Mexican hot chocolate, leather and earth while the foot brings notes of cinnamon, cloves and peanuts. After cutting the cap with a straight cut, the cold draw reminds me strongly of tequila, oak, bright floral, espresso beans and cloves.

At the start, the first third of the Rare Pink Short Story features a blast of spice on my tongue that begins to recede almost immediately, along with main flavors of both creamy oak and powdery cocoa nibs on the palate. Secondary flavors of hay, espresso beans, mocha coffee, cream, sourdough bread and a slight vegetal note flit in and out in various amounts, while there is a slight mineral note on the finish and both white pepper and floral sweetness on the retrohale. Each of my samples features the same tight draw that opens up after the first 10 puffs or so—not exactly unusual in a perfecto vitola—as well as a burn line that was not exactly straight but not bad enough to need correcting as of yet. Body is fairly light so far, while the strength falls somewhere between mild and medium by the end of the first third.

The floral sweetness on the retrohale increases quite a bit during the second third of the Rare Pink, combining nicely with the creamy oak and cocoa nib flavors that remain on top of the profile. Lesser notes of saltine crackers, earth, cinnamon, espresso beans, leather, hay and dried tea leaves are present at various points as well, albeit never strong enough to threaten the main notes. Although the spice on my tongue from the first third is long gone, there is still some obvious white pepper on the retrohale. Construction-wise, the draw has opened up nicely after the burn crosses the fat end of the bulb foot but the burn needs correcting once, while the smoke production remains steady. In terms of strength, the Rare Pink seems content to remain well under the medium mark and shows no signs of increasing any time soon as the second third ends. While the main flavors in the profile of the Rare Pink Vintage 1960’s are very similar to the second third—namely creamy oak and cocoa nibs—the big changes are in the secondary flavors, which now include graham crackers, earth, anise, leather tack, sawdust, peanuts and the slight vegetal note. In addition, the floral sweetness on the retrohale has transformed to a distinct maple syrup note and there is a bit more white pepper on the retrohale as well. In terms of construction, neither the draw nor the burn is giving me any issues, while the smoke production emanating from the foot has actually increased slightly. Finally, the strength manages to push a little closer to the medium mark—albeit not enough to cross over—by the time I put the nub down with less than an inch remaining. A new limited Arturo Fuente blend does not come around very often, so I was thrilled to be the one reviewing the Rare Pink Vintage 1960's Short Story. What I found was an extremely complex blend where the main flavors of cocoa nibs and creamy oak were consistent pretty much from the first puff to the last, while the secondary flavors were constantly changing and evolving to the point where my palate sometimes had trouble keeping up. There were some minor issues—specifically, burn issues in the first third and the fact that the cigar got hot very quickly if I wasn't careful—but they never come close to being problematic enough to ruin the experience. This is a very enjoyable blend that is easy to recommend for looking for a shorter lighter cigar that is full of flavor, assuming you can actually find them.